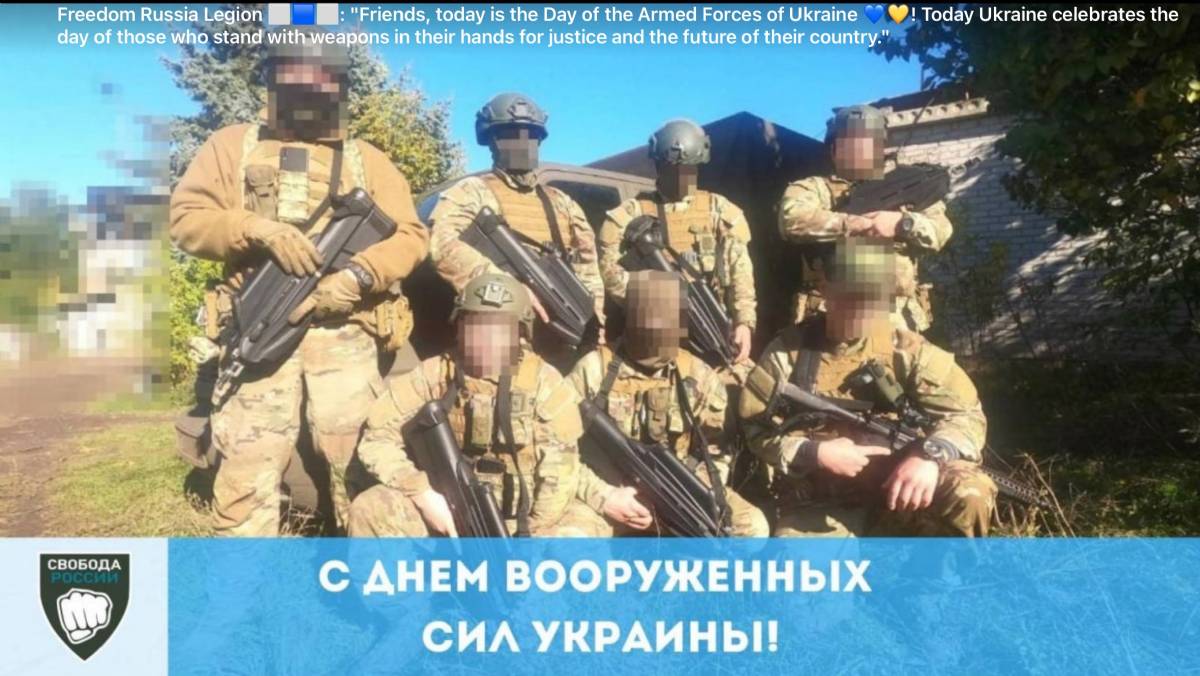 Accidentally stumbled on a pre war video of a Russian drone manufacturer workshop. The interesting part for me was the use of commercial sony cameras, which was something of a curiosity and was widely mocked as some sort of stone age engineering, but you can see the same commercial cameras used by considerable number  drone manufacturers both civilian and military.

Basically, the story of how and why use a consumer-grade photo cameras is that it's a consumable part. Depending on the model they say the life cycle is about 100.000(Sony Nex- line) to 500.000(Sony RX line) pictures , the reason is  the shutter mechanism life cycle which is the case even with expensive non-consumer cameras , that is why the consumer-grade cameras are the prime choice offering more than enough resolution (RX1II is at something like 46mega pixel) for smaller size drones, in regular service they say camera takes 7000+ high definition pictures per 2-3h flight and drone is meant to be used for about 8-12h daily, so the many cameras last about a month of every day drone operation before the shutter is toast. (in war time drone itself probably doesn't last a month anyway) Cameras are tuned to photograph at certain frequencies depending on flight speed or take a video ,  focus distance is fixed for a specific flight height.

As you can imagine photos taken are not the video live stream but for post flight analysis , where they use collating software that stitches the pics together and if same area is patroled can mark the changes from flight to flight. 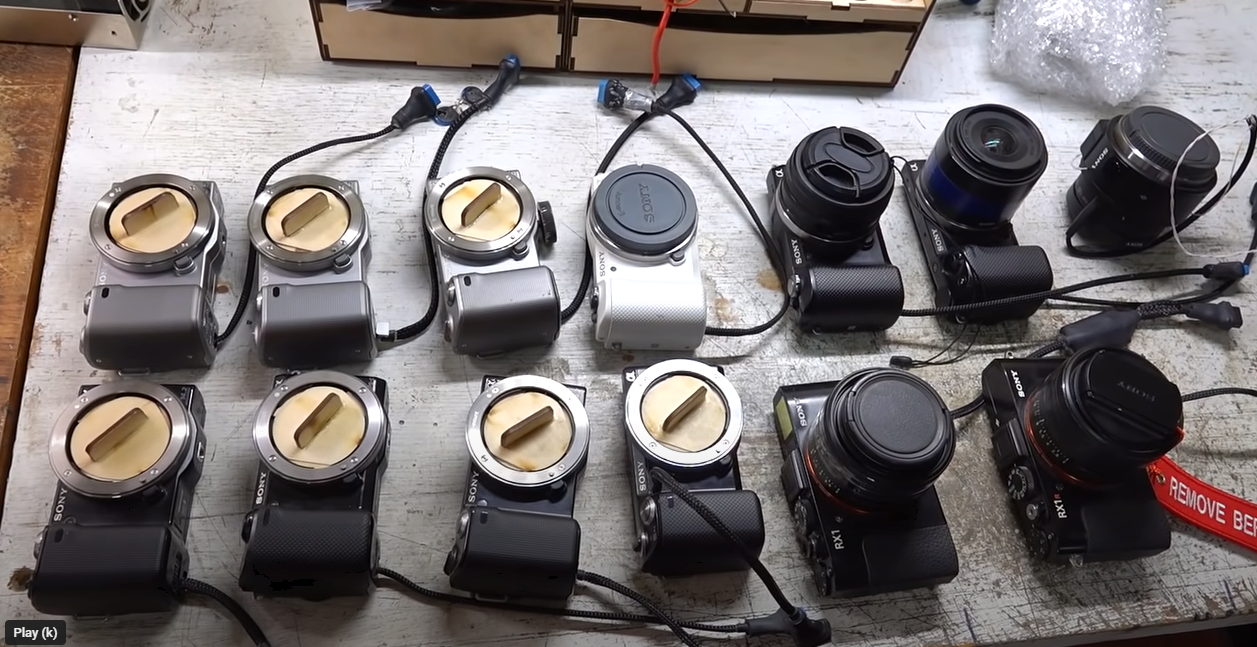 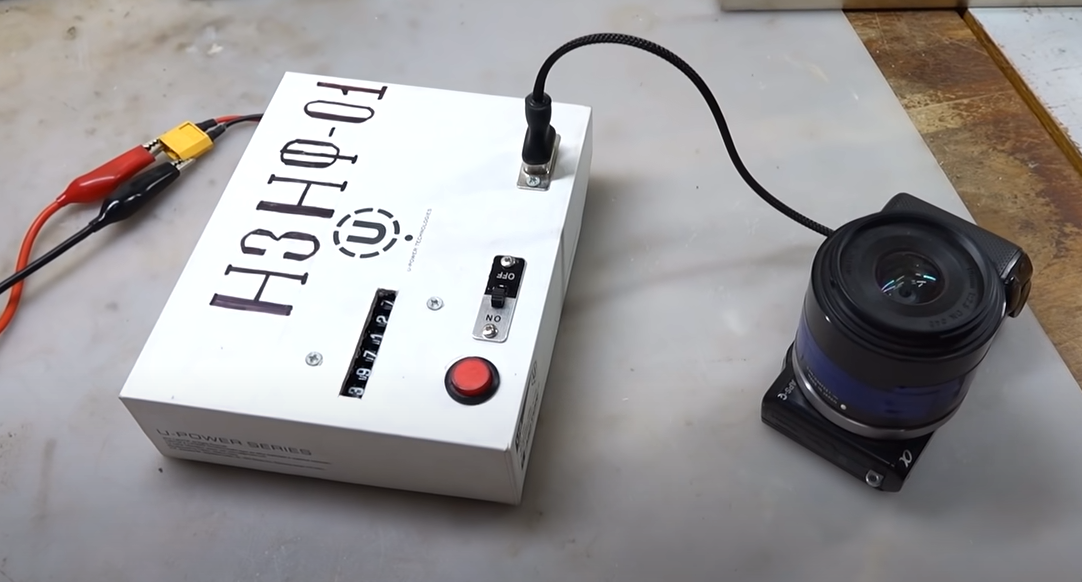 A commercial drone used for mapping etc. They explain the camera options on the website , note exact same cameras as those used in Russian drones. Of course as the drone is probably not used as much as in miltary service, so a camera might last much longer.

Thats a fascinating explanation; it had never occurred to me that the shutters on cameras wear out, but now hearing that of course they would, just like any other machine.

From what I've heard from my friends who are into photography, most consumer cameras these days are intentionally built with a limited life span for only a casual use. So anyone who'd want or need to take lots of pictures is forced to buy a "professional" grade camera which, obviously, is much more expensive.

I hate that school of design. 'Planned obsolescence' is the official term - very maddening and widespread. This would be a subset of that 'contrived durability,' which as you say is deliberately designing something to wear out.

I wonder whether this also effects cell phone cameras? I've had my 6S now since 2015, and lately it seems the photos are less sharp / slower to capture. But that could just as easily be the phone getting old.

Even with planed  obsolescence, nothing is given , the white device plugged into the camera is supposedly run for a couple of hours on every camera to determine an actual consistent shutter rate ,

But the Sony's defense even an avid photographer could take a while to get over 500.000 picts , on a 3-4.000$ camera  On the other hand 'non consumer-grade camera would typically benefit you only in form factor and weight as it would still be built using same sony components,minus the casing and features not needed in a hand held camera.

* so right now anyone buying a cheap slightly used Sony camera on the web in Russia might think he is getting a  steal, but there is a chance he is getting a ex-drone camera with 0.5mio picts taken.

I hate that school of design. 'Planned obsolescence' is the official term - very maddening and widespread.

I have to disagree. Its not widespreat its really everwhere. In each and every product. But its really not a problem by itself
Its a very sound and usefull design principle BTW. The idea is to design and build a product so that it meets the need of the average customer of the defined target group. Its used to prevent overengineering and keeping cost and consumer prices down.
Even in the post from Mr.T its apparent. Sony has different ranges of cameras for different user groups. The high cost ones for professional users can cycle the shutter more often befor the mechanic fails but it is more expensive as a result. A non professional user doesn't need this level of longlevity. For him such a camera is unnecessary expensive without any added benefit. So it is extremly sensible to use cheaper parts of lower quality to fit the product to the needs of a customer group.
Compare an industry grade tool against one for the consumer market sold in a hardware store. A simple electrical screwdriver or wrench comes for a couple of bucks. On for industrial use comes for several thousand. But the latter one is much more massive and can be used for hours without stop without overheating. Its also serviable and can be repaired by replacing wear and tear parts. This comes at a price. This would exclude normal customers from such electric tools because the cost to get one are way to high and most of the features are completly unnecessary for home improvement or hobby use.

Actually the consumer society we all enjoy is to large parts possible because of this. In the pre and early industrial age things have been designed and build to last. Virtually for ever. By maintainance and repair. But this lead to large, heavy and very expensive products allmost nobody could effort. Or if they could only one piece which had to last an entire lifetime. This approach simply is not viable anymore. Especially not as soon as electronics are involved.
Look at cars build in the late '80 to the late '90. The last generation befor cars  effectively became self propelled computers on wheels. Mechanically these are as good as they could get. Reliable, sturdy and longlived. If we talk about quality cars. As a German example the Merces Benz series W123 and W124. With proper maintenance and care the can last literally for decades and millions of kilometers. But at the time they have been pretty expensive. Also if everybody would have bought such a car the marked would have been saturated with very long lived cars. Causing concideable problems in the long run because nobody would really need to buy a new one. Long lifetimes are a problem for mass produced consumer products. Nowadays the mobile phone is such a products. Technically they allmost last for ever. You might have to change the batteries every 5 or 10 years. So in theory everyone who needs a mobile phone has one allready. This is the case for at least two decades now. Yet they still sell mobile phones like crazy. How did they do it? Basically by killing the market for non professional or enthusiast consumer cameras, watches, walkmans/MP3 players, small computers/organisers etc. By including these functions into the mobile phone the markets could be integrated and the mobile phone market expanded by simultaniously causing older generations of mobile phones to be obsolete in the eyes of the customer. If they had not done this the mobile phone market would have imploded in the early 2000. Now basically every conceivable function has been integrated and the problem is there. How to make people buy new mobile phones if they have perfectly good ones suiting their needs that could theoretically last for decades?

Planned obsolescence becomes really problematic when software gets involved. Or if the product only is a piece of software.
Even if a product is designed to mechanically work for 10.000 cycles to make sure you hit the desired percentage of you Sigma the vast majority of your products will work longer. Given the advantages in material and general design technology in a lot of cases its not even possible (or economically viable) to produce low cycle number lifetimes. This is very true for allmost all end customer products and virtually all electronics. So there is the idea of introducing a software based cycle counter that will shut the product down once the number of pre programmed cycles has been reached. This is indeed highly questionable from several points of view including legal. Even more so if the software counter not only shuts down but outright sabotages the product so it gets damaged and can't work anymore.

Proof that the US is in Ukraine. They sent in the Monster Control Bureau!

Software induced shutdown or deterioration is quite widespread these days sometimes is sold as a safety feature preventing damage or injury ,

On the other hand the price step from 'commercial ' to 'non commercial grade is ever steeper as the commercial stuff progresses, and mass production makes it that much cheaper .

One example  on the drone i am involved in , these days there is considerable push to avoid Chinese parts wherever we can in LE/Miltary grade stuff , you are often paying 4-6 fold for exact same performance just because the part is hand assembled(many parts migth still be Chinese or are Japanese even in Chinese cameras) in Europe , same quality drone camera that cost 3k $ for DIJ drone costs us 12k $ , and next higher grade one only offering something like 10-15% gain in performance is almost double the price.

One tid bit from my dealings in SA arms

It was interesting to find out South African burocracy is holdign back on export permits for some 200milion $ of arms orders including near 120mio for Poland and Turkey over fears they are  not end destination. Kinda reminds of that line

in Lord of War , where Viktor Bout explains to the Interpol guy that US president is the biggest illicit arms salesman in the world that occaionaly uses him for delicate business.

US is now buying T72 in Morocco