Same story everywhere , protest everything there is always something in a way. We couldn't build wind turbines in our country for 15+ years because of some birdwatchers NGO ,that by the way are 100% state-funded ,and we are not talking massive fields of turbines but like 3-10units. Now we have same story with hydropower , state funded NGO , issue is the influence of dams on the rivers. Unlike US here in Europe NGO's mostly run on state funds other financing is negligible . and NGO business model is booming its an industry in itself, and the number of people employed by xyz NGOs is huge .

American NGOs get a lot of government funding, too. Also, special tax privileges, although yours over there probably do too.

Rheinmetall to supply Skynex 35mm AHEAD system to an "international customer" 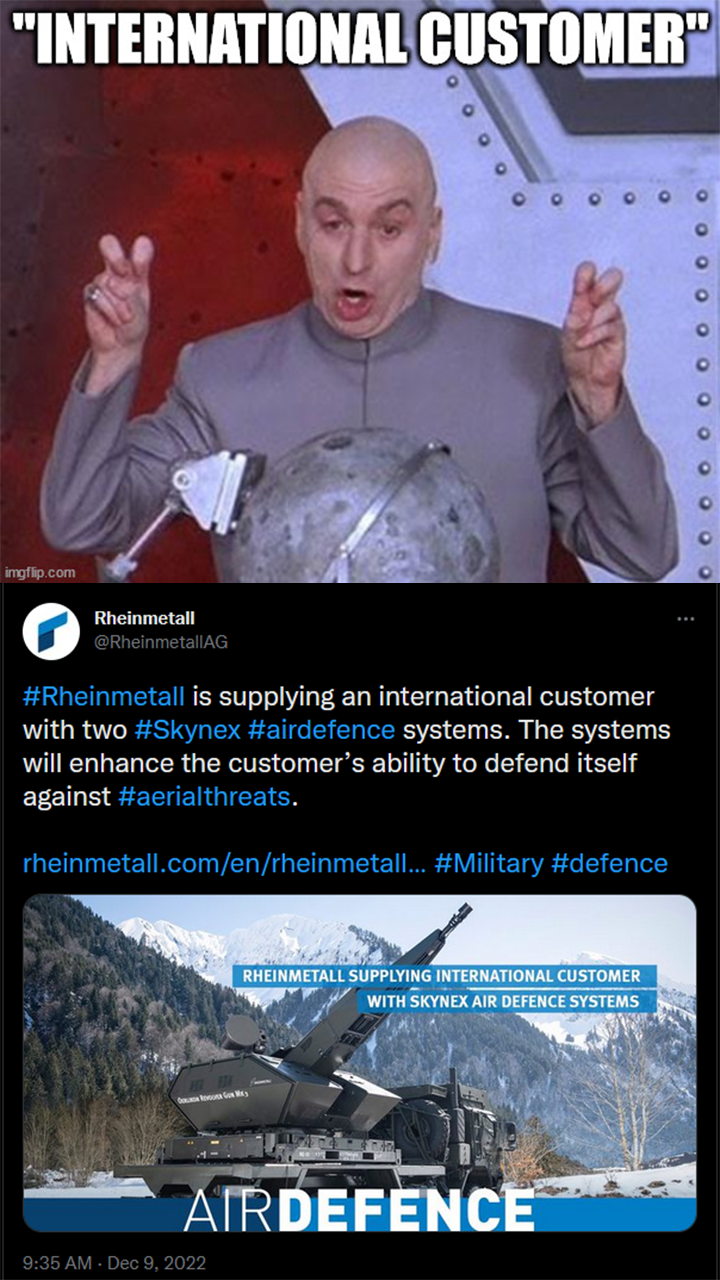 This is something I think many of us had hoped for. Good for Ukraine, and for weapons nerds, a chance to see how the 35mm AHEAD performs.

Here is a nice 20 page overview of the Skynex system:

Waiting for the Holosun dot version of the circular sights. 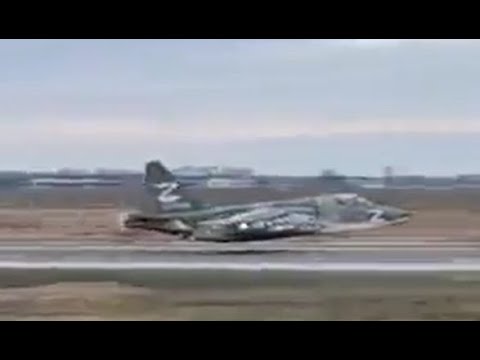 Russian Su-25 makes an emergency landing after its landing gear fails to deploy.https://www.buymeacoffee.com/suchomim...https://www.patreon.com/user?u=800325...

We may get to see if the 105mm L7 cannon is still effective:

DIY 80mm Mini-MLRS on a Ford

Switchblade 300 used to take out a camera surveillance tower:

We haven't seen too many Switchblade videos, but this seems like a perfect application of it.

Lack of videos from Switchblades might be down to low utility of the 300model , its a low yield assassination weapon clearly designed for GWOT , the much more potent 600 model has so far been orderd only in something like 10 units. Phoenix ghost trades lethality for endurance , but is still practically unseen on the battlefield. I havent seen any remains of these drones posted .Makes one wonder where 1500 of these drones ended up.