I totally get the electric bikes for the military , but unless you got ways to recharge them in the field they end up drumped (for now it seems they use a large powerbank or 220V mains charger. , 100km range once you get off road or with some equipment drops

It looks like a local product with a Chinese powertrain  and costs about 3000Eur https://eleek.com.ua/en/item/eleek_atom_afu/ 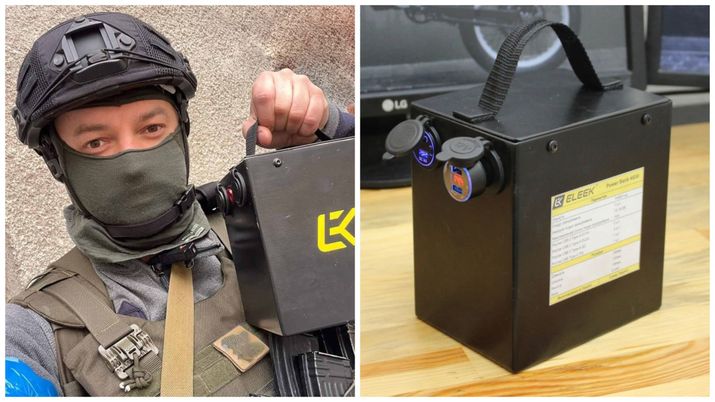 Russian suicide drone used to brutal effect against a group of UA infantry; videos like this really hammer home the small drone threat and the need for SHORAD down to the squad/platoon level in the future. These are essentially 'anti-personell cruise missiles', and are very cheap to produce.

#Ukraine: Russian sources report the use of a ZALA KYB kamikaze UAV on a group of UA soldiers in Pavlivka, #Donetsk... https://t.co/YKH7TVKMbf

UA troops firing the Switchblade 300; these little launchers are tiny, about the size of a Japanese Knee Mortar from WW2:

Maxims continue to make a comeback; this time as a 'technical' for the lightly equipped Territorial Defense units: 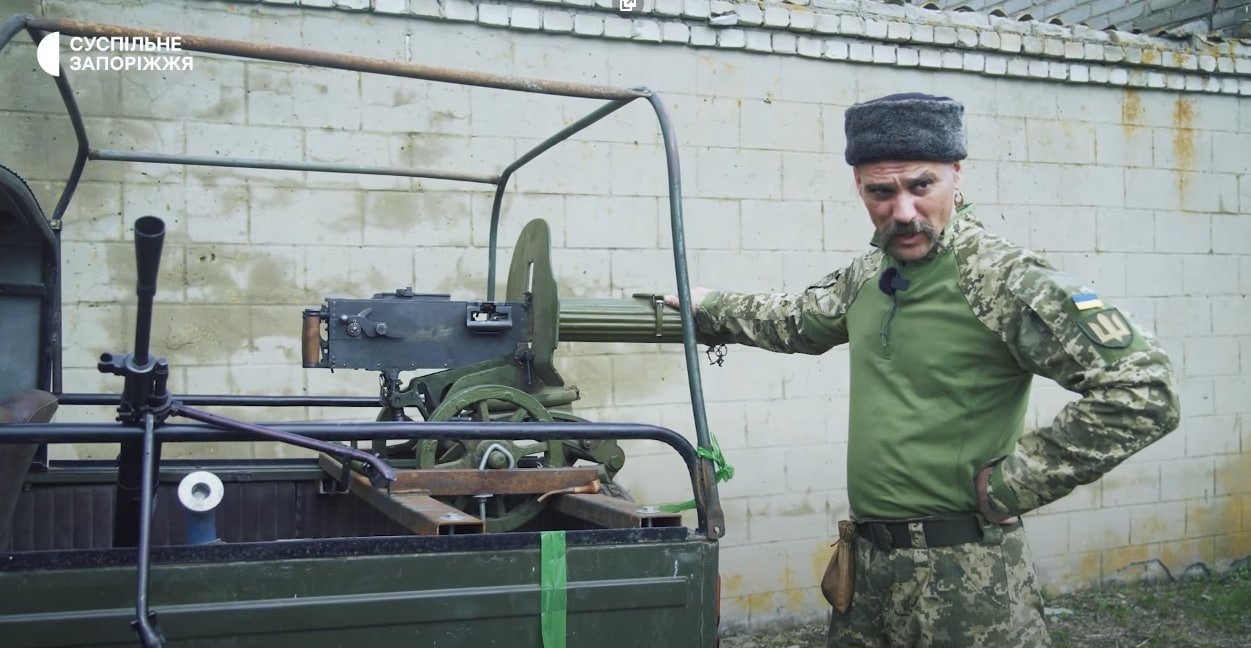 French CAESAR 155mm SPG in use:

#Ukraine: HQ Video of the French CAESAR 155mm self-propelled howitzer in the hands of the Ukrainian Army. 12 of the... https://t.co/xhiCEmALqb

Russian suicide drone used to brutal effect against a group of UA infantry; videos like this really hammer home the small drone threat and the need for SHORAD down to the squad/platoon level in the future. These are essentially 'anti-personell cruise missiles', and are very cheap to produce.

I really doubt that a SHORAD system would have done anything for these guys. Its obvious from their behaviour that they are unaware of the fact that they are being observed and that an attack is incoming. The "atomic target" they create by bounching up close to one another is a giveaway. If they had dispersed as infantry in combat should with several meters from one man to the next they still would have been hit by the attack but the effect would have been much less severe.
Regardless the unit had zero chance to react to the attack. With or without SHORAD.
This is what I mentioned several times allready: without a proper sensor suite for early warning and tracking SHORAD is useless. In the case of drones even a MG is ample firepower IF the drone is detected and a suitable FCS guiding the weapon.
This problem is not new BTW. The approach speed of ATGMs is pretty low. Its absolutely possible to react to such an attack an deploy countermeasures or dodge it... IF the attack is detected in the first place. Which is usually not the case.
The problem that needs solving is survailance and detection. The problem of killing is simple in comparison.

This probably includes POW and KIA , but still how long can you go around loosing 2000 per day 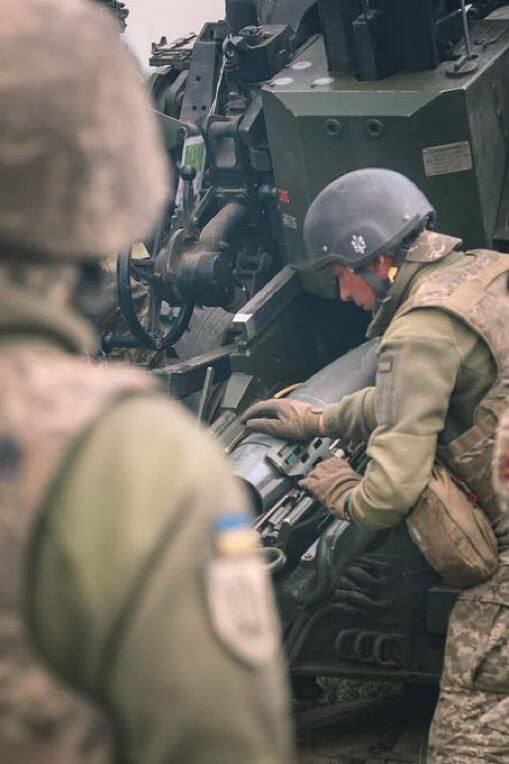 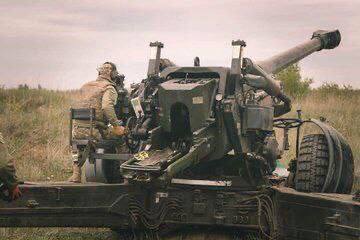 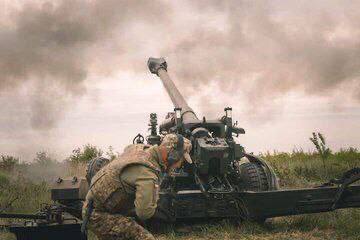 So far these launchers seem to be working well.

Nice, now on youtube as well. Hard to tell; is the vehicles cookoff delayed, or was it hit with a 2nd AT weapon? 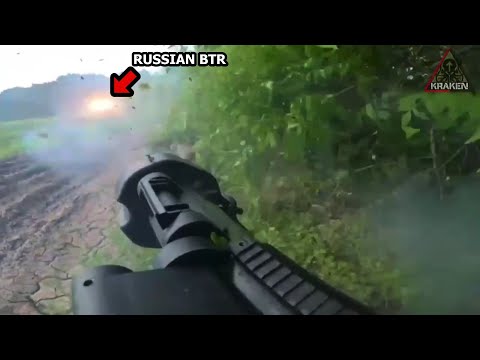 Video from a group of English speaking Ukrainian Foreign Legion fighters operating with the Ukrainian Kranken Group shows the men conducting an ambush on a R...

It was hit multiple times after the inital hit, nothing much to cook off when you hit the BTR  , maybe if you just manage to hit the ammo box

It was hit multiple times after the inital hit, nothing much to cook off when you hit the BTR , maybe if you just manage to hit the ammo box

It looked as if the first hit was to the engine compartment.
Im am not sure if multiple hits can be seen on the footage. To me it seems more like secondary explosions. Maybe the engine tearing itself appart or the ammo boxes on the roof got ignited. All explosions seem to originate from the rear roof of the vehicle or the engine deck.

And another strange case of an AFV alone near a forrest. Where are the dismounts? Why is the APC strolling around in the kill zone of LAWs?