Russia started to prepare for a confrontation the minute Putin came to power. The war in Ukraine has been prepared for at least 10 years. More like 15. That is plain obvious now. It has been back than as well just nobody wanted to see it.

That is probably why most of the $$ was invested in strategic deterence , navy ,and AD? Till the coup in Ukraine there was really no reason to look at Ukraine

I don't think you know how the draft works. The reserves do not inflate the first wave. They are used as second and third wave to free first wave from less important tasks. The Ukraine also has to spread their troops all over their country. The Russians can create a center of gravity or focal point and comit a large number of their troops in a small area. In the Donbas region where the fighting currently is the Russians have a significant numerical advantage. This is the theatre. Not the entire Ukraine. Russia also had has tanks and heavy weapons. Significantly more.

I dont think Ukrainans seen your memo , sending folks into the thick of the fight with days or even hours worth of training. Both sides can create a center of gravity one is just far less able of maneuver at this point.

Ukrainan forces at the start of the war , this is a huge arsenal dwarfing anything supplied so far. 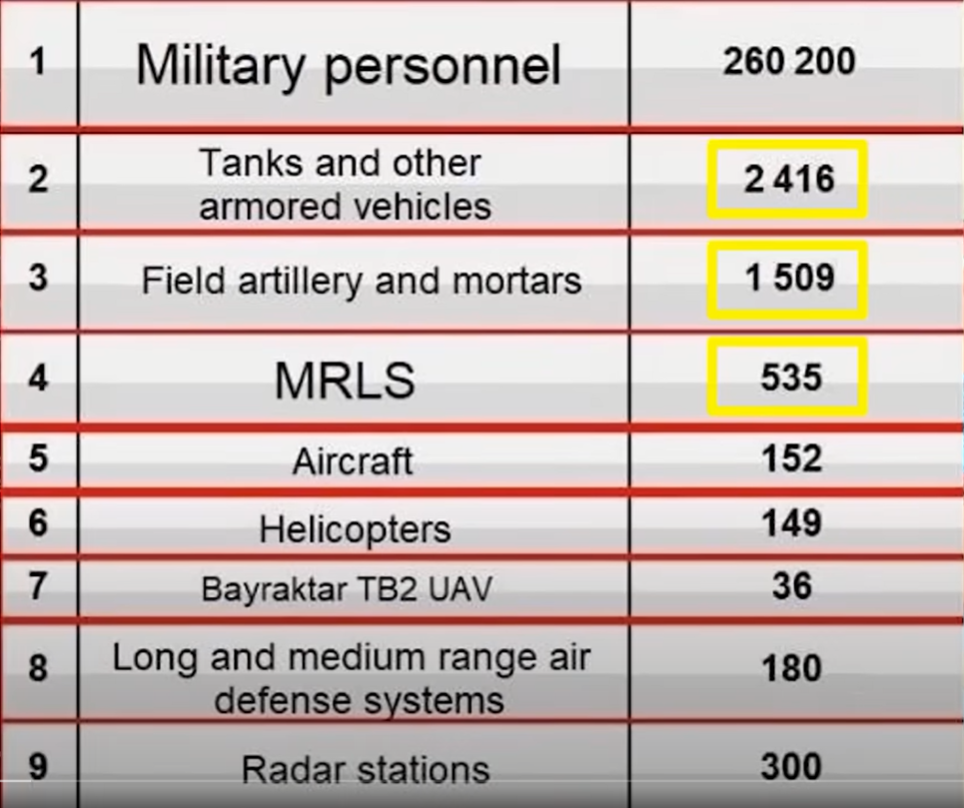 Are you on crack? Infantry is the definition of can be rolled over ESPECIALLY in open ground.

Its not like they are sitting in open fields (although there is a bunch of those with trenches dug). They are picking to defend from villages and cities  with bunch of open ground around them, making it very dangerous for opposing armor to aproach with extremely wide spread ATGM threat. Yes cities get wrecked, the same as they did in Iraq and Syria Faluja, Mosul, and Raqqa were practically razed to avoid too many casualties for the attacking force. Artillery or Airpower destroys infantry takes ground on severely degraded or destroyed positions even in the open ground trench systems.

The defense might not be making decisions but a much smaller force can hold a larger one, and an extraordinary quantity of ATGMs and MANPADS is definitely a big problem for any force to take on.

Russians have to keep forces on the long border as well , like said considering 760+k  Ukraine likely has considerably more forces on the line of contact. 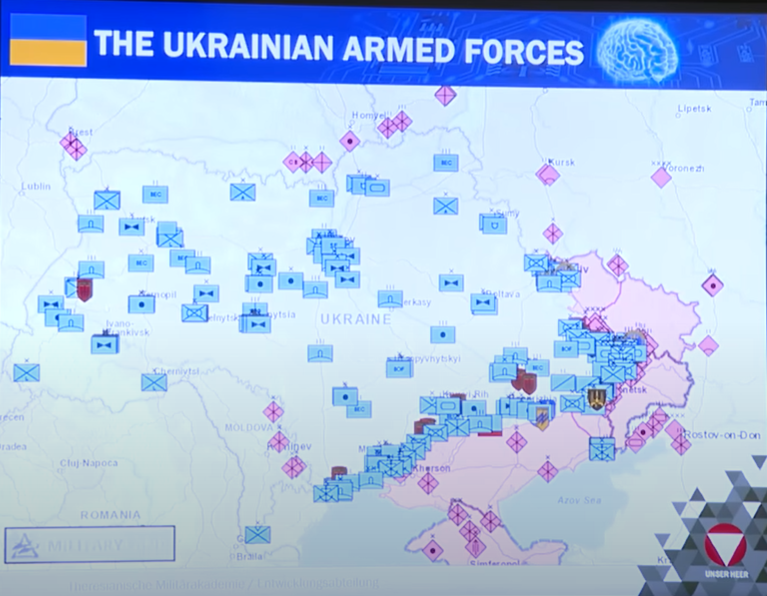 Just because we didn't see anydoesn' mean it didn't happen. Besides at the start of the war the heavy elements of the UA army where mostly positioned in the East.

If it happened you would be seeing it in HD resolution , they would throw at it any drone they had just to film it. The Sun would be running reruns for next 3 months with slight editing to give impression its not same ol same ol.

That is probably why most of the $$ was invested in strategic deterence , navy ,and AD?

This is the case because such systems are more orders of magnitude more expensive than army equipment. Besides I did not say that did it right.

This is simply false. The talk about UA brack into the Motherland blabla started way earlier.

sending folks into the thick of the fight with days or even hours worth of training.

Both sides can create a center of gravity one is just far less able of maneuver at this point.

No they can't because UA needs to secure their entire territory and all borders not just where the fighting currently is. If you argue that UA outnumbers Russia because of the entire number of UA military personel you are also wrong since Russia has ~1 million active and 2 million reserve personell. Which is more than UA has. In theatre and operational center of gravity the Russians outnumber the UA. In all fields that matter.

Ukrainan forces at the start of the war , this is a huge arsenal dwarfing anything supplied so far.

Nobody ever claimed they did not have material. But it was allmost entirely old garbage. BTW the Russians have sinificantly more.

Only if you don't know what you are doing. Its extremly easy to push trough a defensive line in open ground and conduct in depth manoeuver. IF you have the leadership, coordination and skill to do it. Having good equipment also helps. The Russians lack all of these. Their combat elements are also poorly integrated. Which is why they can't do it.
Its the same reason why they failed their approach to Kiev really. Its also why their airpower fizzles.

The defense might not be making decisions but a much smaller force can hold a larger one, and an extraordinary quantity of ATGMs and MANPADS is definitely a big problem for any force to take on.

Problems are there to be overcome. The question is how a situation is handeled. The Russians decided to fall back to WW1 tactics. Which is slow and of limited effectiveness.

If it happened you would be seeing it in HD resolution

BS
its basically random what situations geht caught, can be transmitted and are made available.
There are exeptionally few videos of tank vs tank or AFV vs AFV combat for example. Which is in large parts because this is very difficult to film.

Russians have to keep forces on the long border as well

Yep and they have more than 1 million to do so. Furthermore its very unlikely that UA will invade Russian territory. So they are under much less pressure to secure all their borders.

Mr.T you really need to check your sources

All the articles, all the posts, all the telegrams on this topic, lead back to the french guys tweet

That french guys tweet, refers to Russian telegram as a source, that telegram refers to a news article, that news article refers to the original tweet from the french guy as the source, just blatant circular shilling, but par for the course from Russian shills/propogandists

If you read my post i said to treat it as hearsay as there are no pictures.

US are sending 4 more himars and 105mm arty ammunition???

if the Russians don't swap barrels apparently their arty is about to be shot out - how important is that loss of precision going to be? Given that they use it as an area weapon anyway? 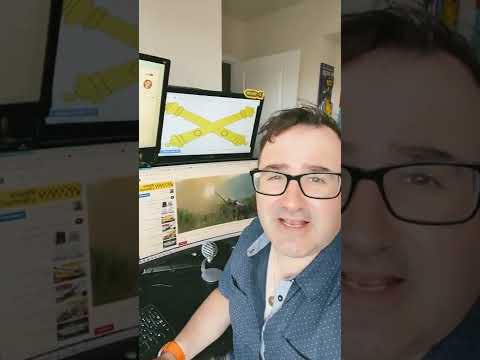 Are Russian Artillery Barrels at End of Life?

The long-form video is here:https://youtu.be/Kux_4KGuj1wThe spreadsheet can be found here:https://www.ryanmcbeth.com/single-post/are-russian-artillery-barrel...

Haven't some of the aid packages have 105 howitzers in the mix? Countries getting rid of gear they don't use.