there are no substancial news on this topic.

I'm disappointed.  We used to have a number of posters on this forum that were very vocal about the supremacy of Russian equipment, and were ready and willing to insert such opinions into nearly any conversation.  (In truth, it was mostly Soviet equipment or derivatives that were being discussed, but whatevs.  Those largely sucked too.)  Are we not talking about this anymore?  In truth, I only came back here to see the "muh monkey model" rationalizations and mine a little salt, but we seem to be talking around that subject entirely without addressing the rather obvious elephant in the room.  Again, very disappointing, but I suppose when this is all over and enough years have elapsed for those with short attention spans to forget the recent past, they'll start talking about it again, and we'll get to hear yet again about how good the ACTSHUAL T-72 truly is.  I miss those days, and I look forward to the return of those delusional muppets.  They could be annoying, but they were entertaining nonetheless.

2
ReplyToggle Dropdown
Msg 918 of 1491 to MustrakrakisMustrakrakis
In reply toRe: msg 917

And you came to that conclusion based on what , Ukraine where 2 armies are both fighting with nearly same soviet gear?

0
ReplyToggle Dropdown
Msg 919 of 1491 to MustrakrakisMustrakrakis
In reply toRe: msg 917

1
ReplyToggle Dropdown
Msg 920 of 1491 to MustrakrakisMustrakrakis
In reply toRe: msg 917

I think this is because everyone is speechless. The abyssmal operational, tactical and logistic performance of the Russian forces in their war against Ukraine is the really big surprise in my view.

It makes no sense to discuss weapon system strengths or weaknesses, when the crews of the aggressor seem to not know how to  make effective use of them.

1
ReplyToggle Dropdown
Msg 921 of 1491 to MustrakrakisMustrakrakis
In reply toRe: msg 917

and we'll get to hear yet again about how good the ACTSHUAL T-72 truly is.

How good by todays standards can a tank developed in the late '60 based on a concept from the late '50 be?

Exactly the point , you would have same results if they waltzed in on Leopards and Marders or Abrams and Bradleys following the same 'plan' or lack of theroff particulary in first couple of weeks .

Its not like any of these have any protection to top attack ATGMs . Everyone knew the base line Soviet/Russian armor strengths and weaknesses. And its not like there is much armor being used that is post-soviet. Corruption made sure modernization was minimal and mostly limited to upgrades of the old gear.

What we are seeing from Ukraine is an absolute propaganda win.but you have to take it all with a showel of salt as propaganda is off the charts by any conflict standards.

From bellow the turret ring ,writien on the theme of wrecked Leo2 in syria but is applicable just the same in Ukraine.

''While this term doesn't exactly apply to the topic, it clearly shows the same problem: people are judging the peformance of a combat vehicle, a military unit or even a whole nation based on a biased subset of encounters. The Battle of Crete was a horrible failure from the perspective of the Nazi-German Army, which abandoned the tactics of airborne invasion via paratroopers after it. From the perspective of the Allies, who were unaware of the German losses, the airborne invasion was suddenly a highly effective tool of warfare - that happens when only a subset of data is considered. How many videos out there are showing an Iraqi or a Saudi Abrams tank getting hit by an ATGM, while sitting in the open without (mechanized/motorized) infantry support? Everytime such a video appears, someone comments on how bad said vehicle/persons are doing and how they are essentially getting slaughtered. What is ignored in this context is that the terrorists will only show your successful attacks - that's how propaganda works. But how many times do their attacks fail by missing the target, failing to penetrate the armor or being discovered and killed?''

His 100mio $ yacht was literally paid by Russian military 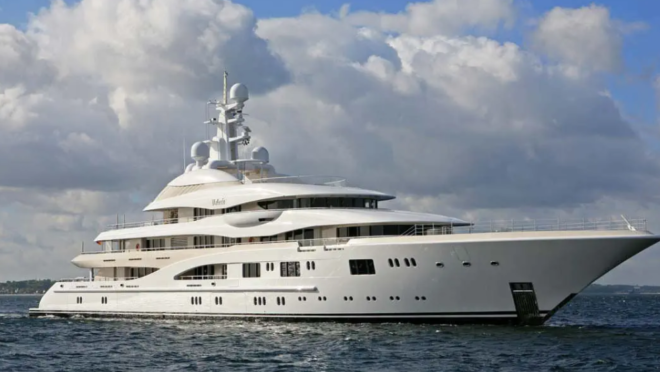 We have seen Leopards2 in action in Syria , couple of weeks in against in a minor skirmish against nonstate actors without Javelins left a dozen or so smoldering wrecks and even some captured by ISIS and Turk military is on paper most combat experienced in NATO Europe.

This now gold standard on reporting from ukraine , anything goes from painting own losses as opposing to edited vids that show same action from different viewpoints 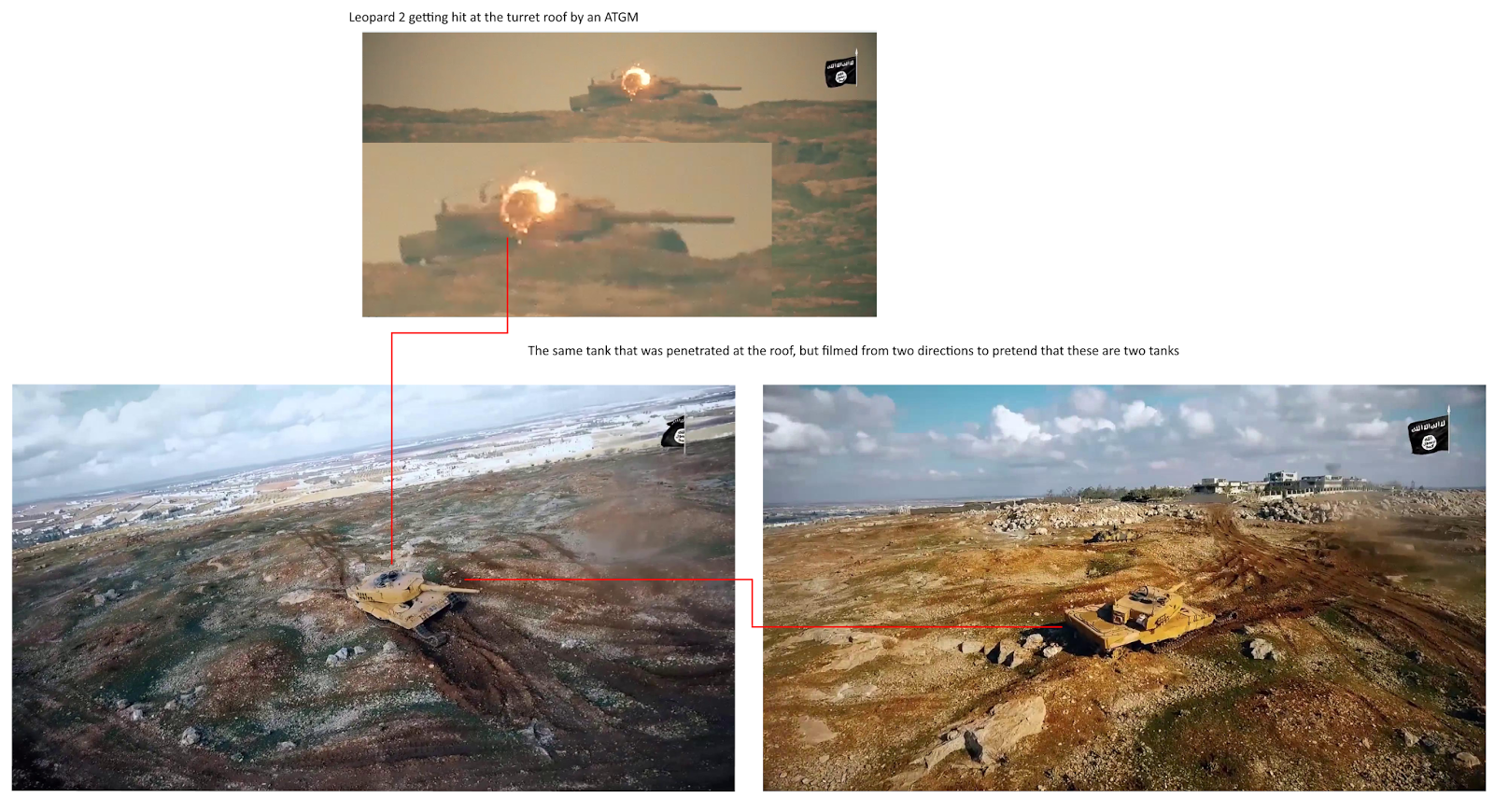 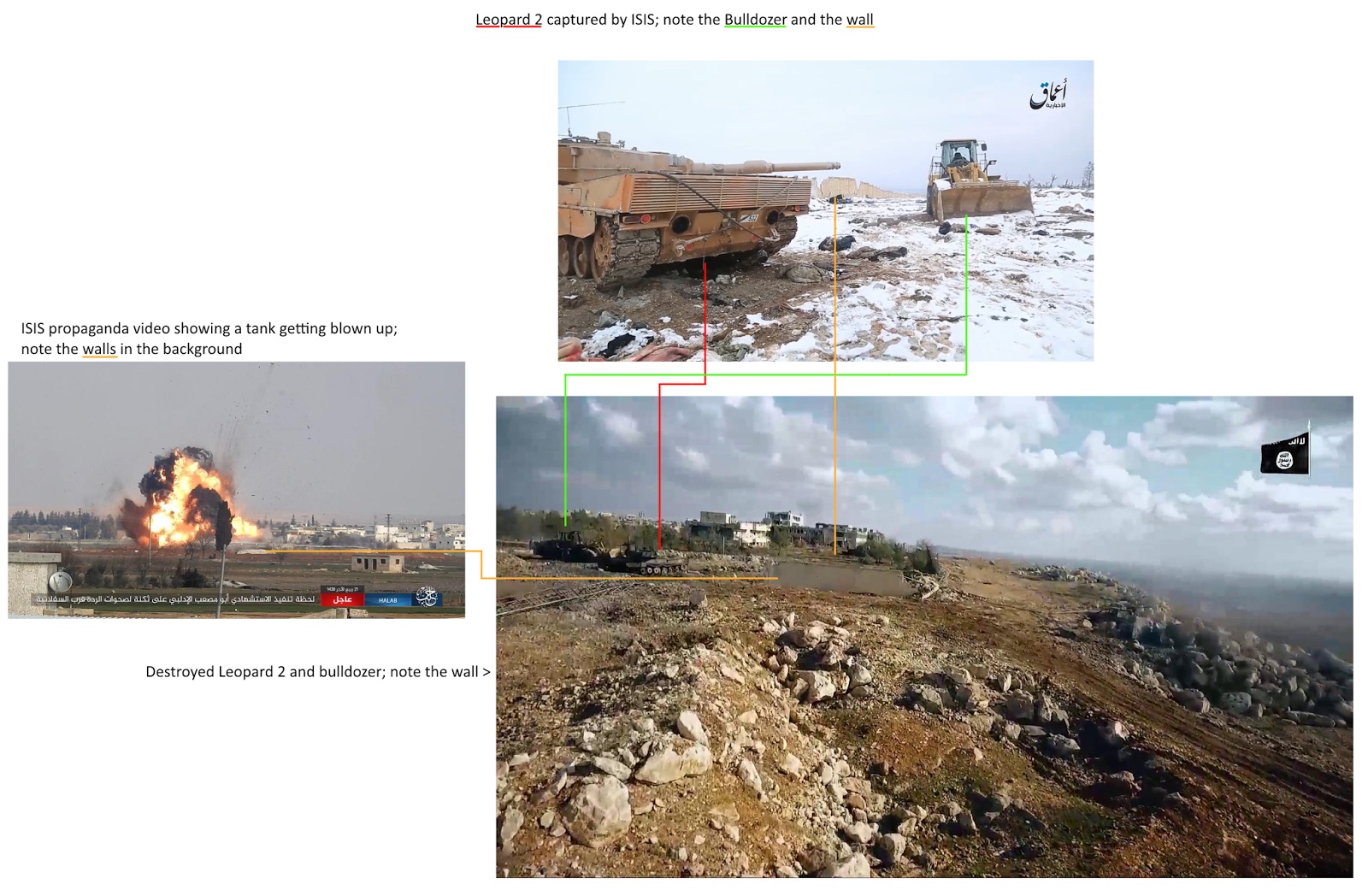 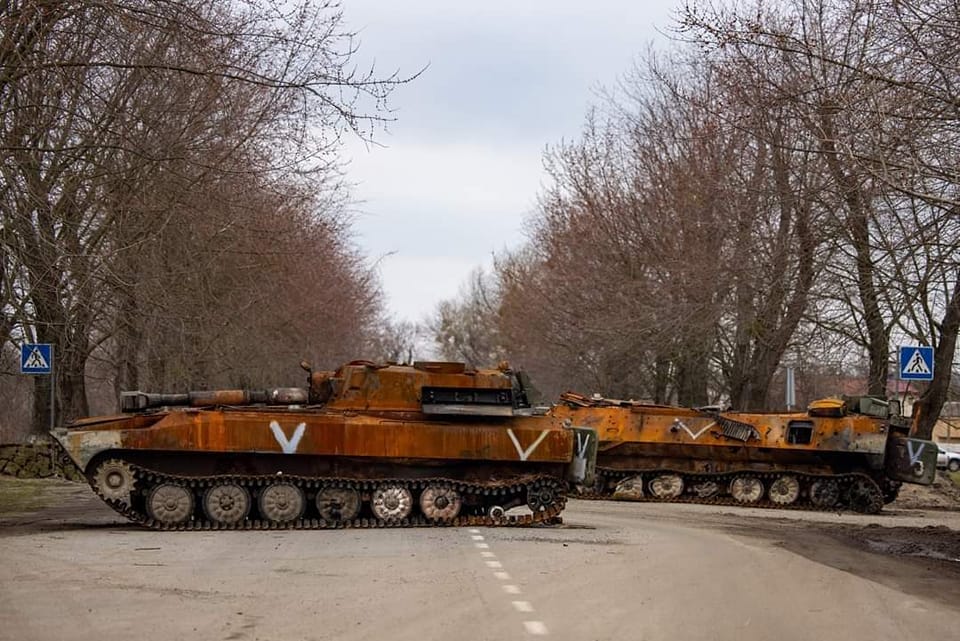 We have seen Leopards2 in action in Syria , couple of weeks in against in a minor skirmish against nonstate actors without Javelins left a dozen or so smoldering wrecks and even some captured by ISIS

It wasn't a dozen but exactly eight,
These also where not turned into smoldering wrecks but mission killed by ATGM hits. The Leopards have been destroyed by the Turks themself because they could not recover the tanks. In several cases they conducted an airstrike onto the abandoned vehicles. This is what tore them appart.
Concidering the fact that the Leopard 2 in question was the A4 model, it was badly used by the Turkish army (yes allmost Russian army level bad) and it was fired at by a pretty modern ATGM designed to kill Leopards the tank performed quite impressive. Crew losses have been minimal. Had the Turks gotten their shit togeather they could have recovered the tanks and repair them. The damage was moderate in all cases. Not a single tank was captured.
The survivability of Leopards and especially their crews in combat has been prooven to be orders of magnitude better than any soviet design that is based on the T-64 concept.

Its not like any of these have any protection to top attack ATGMs .

Its not only the top attack weapons that make soviet designs brew up. Basically anything that penetrates into the fighting compartment does.
I have seen footage of short range fire with 30 mm AC doing that. If attacked from the side and hit in the suspension area a 30 mm can penetrate a T-72 and all of its versions and successors. The protection of the lower hull side plates has never been improved. Anything that gets trough there in the middle part of the tank immediatly enters the ammo carousel.
This is also why so many RPGs and LAWs are so effective. Hits aimed low at the side will most likely cause a K-kill. There is no known case of this happening to a western 3rd generation MBT.

What we are seeing from Ukraine is an absolute propaganda win.

No, What we are seeing from Ukraine is a totally unexpected military success in standing up to an attack that in modern European history can only compared to Hitlers and Stalins combined attack on Poland in 1939. (OK, it was not really combined. Stalin waited until the Nazi's military victory over Poland became obvious and then started his attack. Modern Polands eastern border is what Hitler and Stalin agreed upon.)

Mission kill and a smoldering wreck after turks bombed or after ISIS threw in an explosive charge it is still a smoldering wreck and tank lost  . You could make exact same excuses for bunch of Russian armor lost in Ukraine , mission kills, stuck in mud, abandoned without fuel, blown up after the fact, etc not being able to recover that tanks, its still a lost tank.  Had the Turks/Russians got thier shit together........ How do you know what crew losses were in Russian tanks , in most of the vids you still see 2-3crew members jump out after the tank is hit and brewing up is often post all the action ........ similar claim to Turks bombing lost gear could be said for the T-90MS that was supposedly killed with Carl Gustav in the longer less edited video its one of the Russian tanks that blows it up with the shot from the rear at near point blank after they abandon it........   but that are all excuses tank s still lost.

Leo2a4 is what most users still have and its still a decade newer gen tank to T72 , its like you would say ''but you know T72B123 is not the same as T90MS'' or whatever the latest derivative of the T72 is .

How much combat against state actors let alone near peer equipment have western 3rd gen MBTs aside from M1 seen 0 ? Like said Leopards first outing left 8 tanks killed out of how many? that fought non state actor equipped with TOW at Al bab? 12-20? How many were there so we can estimate the loss ratio?

I am not claiming T72 or T90 are better tanks than Leopard 2 , but like said folks pretend like somehow magically 3rd gen western MBTs let alone APCs and IFVs wouldn't end up at least a mission kill if not a toal loss  after every single Javelin or NLAW hit and most other non top attack ATGMs hitting just about anything but maybe frontal arc.