Marder training according to a German general takes about a week.

Sorry but that is incorrect.
Somebody stated some time ago that a Leopard gunner can be trained in a week. Because the FCS is so easy to use. Somehow this turned into its possible to train anyone within one week on any AFV.

Even for the Leo 2 it is incorrect IMHO. Speed up gunner taining took three month back in the days when we still had the draft. Regular was four month. Just for basic operation. The combat level training for the crew was an additional four month. All in all it took 8-10 month to train crews to a level where they would get their "ready for field service". With pre trained people who have been AFV crewmen befor my educated guess is its possible to train them in two month. If corners are cut and if they don't have free time.
BUT thorough commander training takes conciderable longer.

The Marder and Leo 1 is older and training takes more time. Less automation. A lot is directly linked to the training and experience of the crew. Especially the gunner and commander.

build a lynx in that time?

The actual "build" time is quite low. A few days. IF all parts are on stock.

During the hight of the Puma production the rate was around three per week. They weren't in a hurry back then. Organising a production run is what takes time. Once the assembly is up and running the output is pretty high.
BTW the Leo1 and Marder that are in storage and could be given away are not in ready to use condition.  At the very least they would have to be refurbished. Which also takes time. The needed parts also are not on stock. So time for organisation is needed as well.
This is why I think it might be a more sensible alternative to train them on new equipment. Meanwhile build it while the crews are training. Of course this could have started weeks ago allready. Seems like a missed opportunity to me.

0
ReplyToggle Dropdown
Msg 13 of 123 to schnuersischnuersi
In reply toRe: msg 12

0
ReplyToggle Dropdown
Msg 14 of 123 to schnuersischnuersi
In reply toRe: msg 10

taschoene said: Or the Poles get Challenger 2 and give up their last T-72s.

Or they get more Leos or M1s.

The actual deal being proposed is that the UK will provide Challenger 2 to Poland and Poland will deliver their T-72s to Ukraine.  Poland already has Leo2 and has ordered M1A2 SEP V3.

0
ReplyToggle Dropdown
Msg 15 of 123 to taschoenetaschoene
In reply toRe: msg 14

that's been clarified. UK troops with challengers as a stopgap

0
ReplyToggle Dropdown
Msg 16 of 123 to grayliongraylion
In reply toRe: msg 13

...and a few lines above the statement of one week General Laubenthal states "extensive training" is needed. I know Gen. Laubenthal personally. More than 20 years ago he was my company commander. He served in the armored corps, is a tanker and generally a very good officer and leader.

If a paratrooper with no experience with AFV claims he knows better I have serious doubts.
Even more so since these claims are conflicting with my experience. An AFV is not a new rifle.
I am aware of the claims that its all not a big deal and in one or two weeks the Ukraine can field brigades with Marders and Leopards. Which in my experience and knowledge is simply a load of crap. Most likely politically motivated. Yes, Ukraine needs help but we need to face the sad reality that what was fucked up over at least the last decade can not be undone in weeks.
For example i know that the vehicles we are talking about are not anywhere near ready to use. I actually have seen them some time ago. I also was part of a Leopard crew and did train crews for several years. I have an engineering background and now work for the MoD. It can not realisitically be done. Most likely taking the current supply situation into account it would take at least half a year. This IMHO should be done or at least tried. But that is above my paygrade.

Germany is supplying heavy weapons just indirectly,many of the east European T72 clones are being supplied in exchange for surplus german Marders and Fuchs or whatever deals can be made on the purchase of Boxers.

yeah, long term that will not be sufficient. I am assuming @Schnuersi and colleagues are currently looking into Leo and Marder stocks and refurbishing them. As are their counterparts in the Pentagon

0
ReplyToggle Dropdown
Msg 19 of 123 to grayliongraylion
In reply toRe: msg 15

Thanks, I had not seen that clarification about Challenger 2 to Poland.  British Army of the Vistula, then? 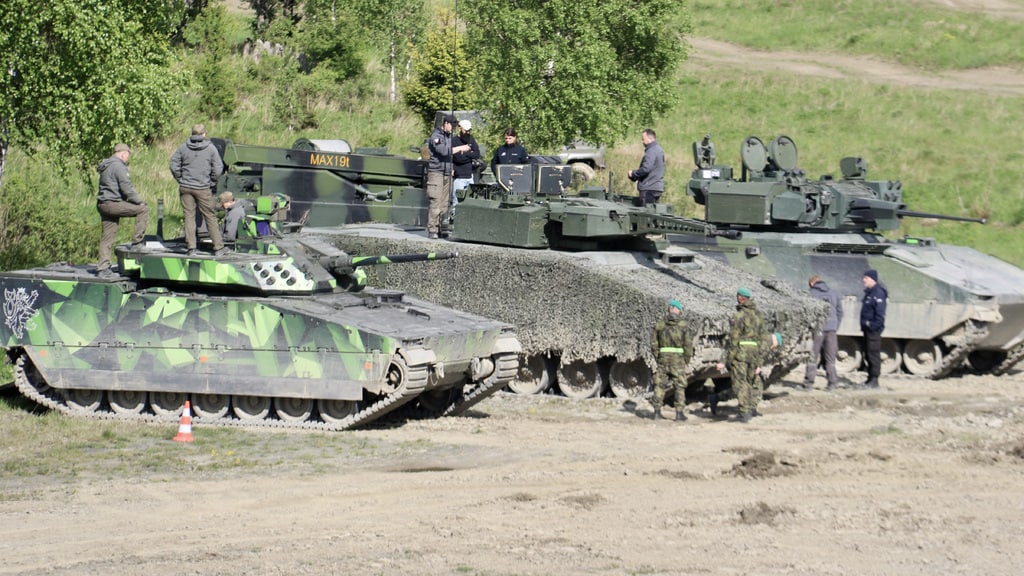