but I don't see the point in classing the VBCI as not-an-IFV on the basis of a little difference in certain cross country mobility.

The point is the difference is not little but massive.
The mission of an IFV is to work in close cooperation with tanks. Tank and IFV supplement each other. If the IFV can not move as the tanks can it can not fullfill its primary function. It also compromises the capabilities of the tanks to fullfill their function and mission. This is the whole reason for the existence of the IFV. To have the same tactical mobility not only technical mobility, as provided by the drivetrain, is needed but also proper protection.
Actually the weapon and the number of dismounts a IFV carries is less important than its tactical mobility.
Yes the VBCI carries 9 dismounts and has a decent weapon with the 25 mm and will have a great one once its upgraded to 40 mm but this doesn't matter at all if the tanks are kilometers ahead when the dismounts are needed or AC fire for supression is needed.
A Marder, even though its more than 40 years old, is superiour to the VBCI in this regard. It has the tactical mobility to follow the Leopards anywhere. Its better to have only six dismounts and a 20 mm AC that is immediatley available than more men and better weapons that are god knows where.
There are good reasons why the Soviet and now Russian army uses wheeled APCs and tracked IFV in different units for different pruposes.

Its not a case of IFV good and APC bad. Both are different. The function is different. Of course an APC can be used in the IFV role... just like someone can be beaten with a rifle stock... but its not the main purpose and its poor in this function.

I'm of the opinion that an IFV is a subset of APC.

2
ReplyToggle Dropdown
Msg 21 of 213 to schnuersischnuersi
In reply toRe: msg 20

Since the APC is also a subset of the tank, that seems correct.

As far as I am aware the IFV is an APC with offensive firepower. The ability to keep up with the gun tanks across all terrains in all conditions at all times is a nice to have but not mandatory.

On a related note, how would you define the British Warrior?

0
ReplyToggle Dropdown
Msg 22 of 213 to schnuersischnuersi
In reply toRe: msg 9

We don't know if the Marines disagree. We know the decisionmakers do.

LOL.  When the Marines' decision makers disagree, "the Marines" disagree.

The conclusion: "they bought it, so it must be the best" can not be drawn.

I made no such conclusion.  I merely noted that -- despite the current focus on peer war -- the Marines are opting for wheels, not tracks.

0
ReplyToggle Dropdown
Msg 23 of 213 to RovingPedantRovingPedant
In reply toRe: msg 21

As far as I am aware the IFV is an APC with offensive firepower.

The ability to keep up with the gun tanks across all terrains in all conditions at all times is a nice to have but not mandatory.

But it is. This is what defines the IFV and seperates it from the APC. This is why its a distinctive class of AFV.
Maybe it becomes clearer if you look at how and especially why the IFV came into existence. The requirement was not defined by infantry. Who where absolutely happy with APCs. It was the armored corps that needed something different. In a nutshell. An IFV is a vehicle that can perform the combat function of infantry. But with the same mobility as tanks. Which means most combat is conducted mounted. Either by selecting the proper armament, allowing the dismounts to fight while mounted or both. Dismounted combat is only done when there is no other option. When its really necessary. For short periods of time. This way tanks get a companion vehicle with similar mobility that can perfom combat functions they can or only can poorly. The IFV only makes sense if viewed in the combined arms context together with tanks. IFVs are all about mobility and firepower. Troop carrying is tertiary to this.
If this is not a requirement you don't really need an IFV and are better suited with a well armed APC. For an APC troop carrying is primary, somtimes secondary to mobility but its never tertiary or worse.

On a related note, how would you define the British Warrior?

Its a IFV. Allthough I think its armament is on the lighter or better less optimal side as is its protection. But it can certainly accompany Challengers into battle and carries a main armament that is a usefull supplement.

1
ReplyToggle Dropdown
Msg 24 of 213 to stancriststancrist
In reply toRe: msg 22

despite the current focus on peer war -- the Marines are opting for wheels, not tracks.

Yes but nobody said wheeled vehicles have no place in a peer war. Only that cross country mobility is more important than it used to be and that this is best provided by tracked vehicles in most cases.

When the Marines' decision makers disagree, "the Marines" disagree.

Well, is it clear that the wheeled ACV can move over all grounds at the same speed as the AAV then? Because to me that seems rather unlikely.

0
ReplyToggle Dropdown
Msg 25 of 213 to schnuersischnuersi
In reply toRe: msg 11

The mission of the vehicles is different. Allmost entirely.

An IFV is a armored fighting vehicle that is supposed to work in close cooperation with tanks. Its supposed to be on the frontline and fight. It needs to go where tanks go.

That's what the APC was designed to do.  Sure seems like the same mission. 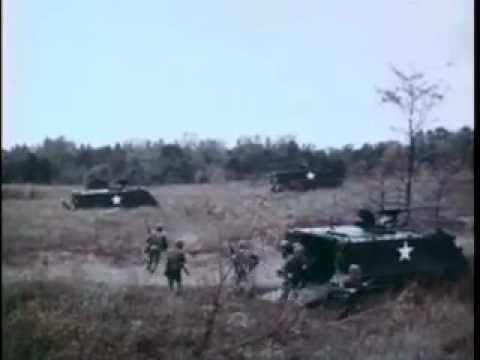 0
ReplyToggle Dropdown
Msg 26 of 213 to stancriststancrist
In reply toRe: msg 25

Work in close cooperation with tanks. Go where tanks go. Carries infantry. That's what the APC was designed to do. Sure seems like the same mission.

In the video it even says the APCs need to be backed up by tanks. In other words they are not supporting the tanks. They are slowing them down.
Since an APC needs to deploy its troops and prefereably stay out of harms way because it lacks protection. It can't duel.
The M113 is a prime example. It can not operate close to tanks because its to slow, lacks protection and it doesn't really bring any mounted firepower. The only thing it brings is dismounts. And this rather slow I would add.
An M113 doesn't compare to a Marder or a Bradley.

0
ReplyToggle Dropdown
Msg 27 of 213 to schnuersischnuersi
In reply toRe: msg 20

RovingPedant said: I'm of the opinion that an IFV is a subset of APC.

Actually, it is you who is mistaken.  The IFV was not derived from any tank.  The IFV is an evolution of the APC. 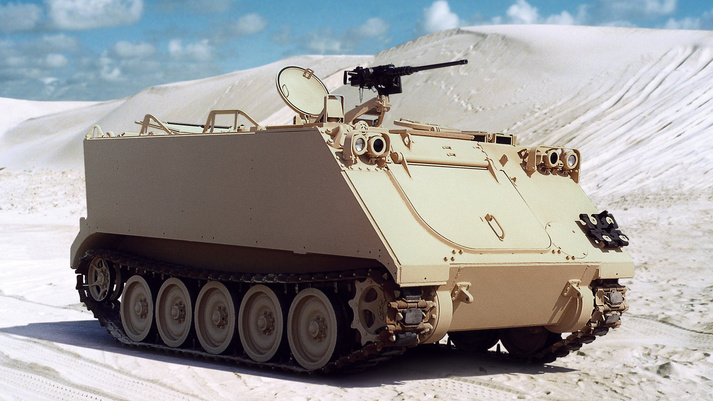 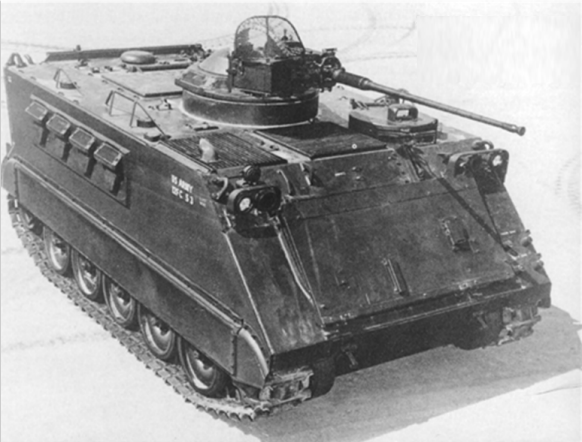 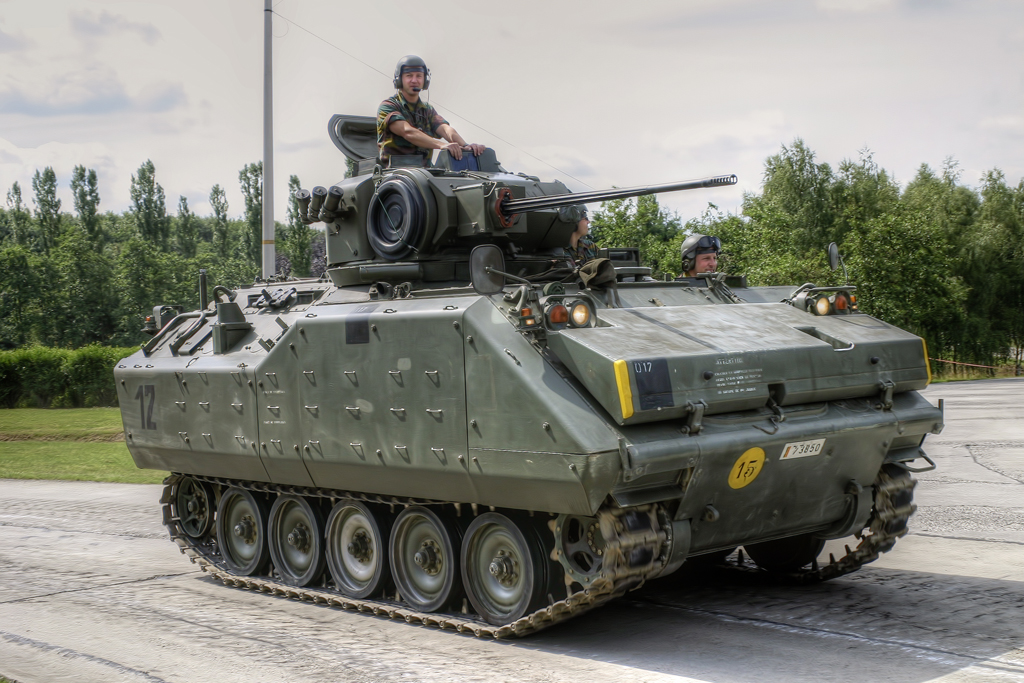 0
ReplyToggle Dropdown
Msg 28 of 213 to stancriststancrist
In reply toRe: msg 27

also, let me derail this conversation a bit further: why is everybody retiring their Broncos, Warthogs, BVS 10s? Surely if we want tracks, they are the way to go?