The trajectory of a 40x46mm grenade by comparison is so extreme that a hit against a building cannot be assured from 50m if the trajectory is off - this marine puts his first round right into the road in front of him instead of the building across the steet...

That video illustrates your point very well, but I would note that the target is the automobile, not the building. 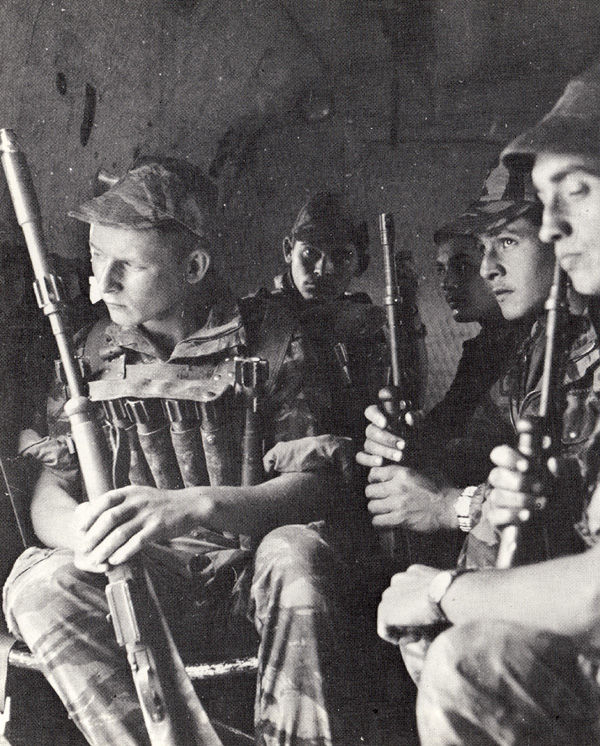 To be fair, real estate would also be limited when it comes to carrying multiple huge magazines of the SSW. It fixes the biggest disadvantage of the MGL (aside from weight) which is reload time, but the tradeoff is bulky magazines and potential reliability issues in adverse environments (along with potentially temperamental auto regulation between ammunition types), and ammunition consumption remains a problem.

Something like the more traditional 40mm pouches / bandolier with MGL provides probably a better distribution of the bulk and weight of ammunition since the ammunition is smaller than rifle grenades and doesn't require a bulky magazine like the SSW... but at the cost of a bulkier firearm and much slower reload times as the gunner has to pull the grenades out of individual pouches

Solutions to mitigate that might include, inn no particular order:

-a fixed dispenser where individual rounds are presented and extracted (eliminating the need for multiple magazines but streamlining the time handling rounds vs trying to pull each out of a pouch under stress). However, what's the advantage of this over SSW magazines?  https://youtu.be/tzISRQOp0OA

- switching to a China Lake pump action like setup where you can load rounds individually like a shotgun after your short bout of 3-4 rounds of rapid fire to transition smoothly from rapid to sustained fire.

-Having the MGL gunner also carry an M320 in the thigh holster and switch as necessary so they can both surge and sustain fires (unlikely, as the MGL is already heavy and bulky)

-Accept the MGL reload time is excessive and make the gunner supplementary to the existing squad rather than replace one of the squad members (make the squad or fireteam larger) and have an M320 elsewhere in the fireteam as usual (ie, fireteam leader as in USMC)

I don't like something like the MGL at platoon simply because my understanding was that 40mm MV was really a 600 yard round at best even if it's ballistic range was further; a marked improvement over the LV, but not as far as one would like given the platoon MG can provide supporting fires from even further especially if on a tripod.  If we are talking 40mm HV it would be a different story, as you'd have much greater range, flatter trajectory and heavier weapon.

This is why I like the commando mortar at platoon, as it shares common ammunition with 60mm at company and the gunner can get rounds on the way instantly while the PL or FO is getting company mortars in the fight.

As a thought experiment I've played around with the idea of a 12 man squad - basically a typical 9 man squad but with a 3 man MGL team acting as sort of the squad leaders pocket artillery. This is in addition the 320s at fireteam level.

The three man MGL team has two gunners and an ammo bearer (who also uses the laser rangefinder, has their own M320, and can also provide local security with their rifle).  This approach, treating it as a crew served rather than individual weapon, has some advantages over simply adding one to a squad or one to each fireteam as an individual weapon, in which down time to reload is excessive and ammunition is more limited.  The biggest drawbacks of the MGL (reload time and ammunition consumption) are both ameliorated with this method; reloads are faster as part of a team since the ammo bearer can ready and present the rounds to the gunner, can lase range. Downtime is reduced since gunners can take turns for sustained fires or surge by combining fires when appropriate.  Finally, the ammo bearer of course brings more ammunition.

The USMC has it exactly backwards, IMO. The Gustav should be at platoon (with AT4/M72 at squad), while MGL and belt fed 5.56 should be at squad.

To be fair, real estate would also be limited when it comes to carrying multiple huge magazines of the SSW.

Certainly.  But the SSW space issue does not look to be nearly as bad as carrying rifle grenades.

Judging by the MAG-D system (below), the SSW grenadier might be able to carry four magazines, That's 24 rounds of 40mm ammo in about the same space needed to carry eight rifle grenades.

There was potentially another approach to this class of weapon, as I suggested some years ago: https://www.quarryhs.co.uk/MetalStorm.htm

Sadly, it seems that Metal Storm finally expired a few years ago.

A semi auto, tube fed design might be optimal, such as envisioned by STK's SSW, which is either a 3+1 or 4+1 semi auto:

And it also allows the gun to be 'topped up' with 1-2 rounds between firings like a shotgun.

A semi auto, tube fed design might be optimal, such as envisioned by STK's SSW...

And it also allows the gun to be 'topped up' with 1-2 rounds between firings...

If magazine capacity is going to be only 3 rounds, I think a box magazine design makes more sense.

There is reason to suspect that tube feed may lack reliable operation and ease of loading the mag.

SEAL teams tested the China Lake grenade launcher in combat during Vietnam, but discontinued it.

Notice the difficulties Ian experienced with loading the mag of a reproduction China Lake launcher. 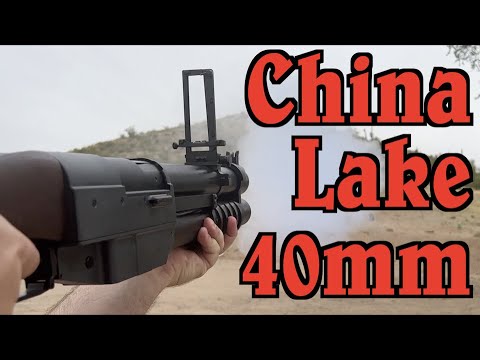