I have a fundamental question. Is it possible to scale up cartridges ? (i.e. increase the size while retaining the shape of both the case and the bullet)

I have a fundamental question. Is it possible to scale up cartridges ? (i.e. increase the size while retaining the shape of both the case and the bullet)

Yes, I do this all the time, especially with bullets. It is a shortcut where if I have arrived at a good design, I can just scale it up and down to different calibers to find the ideal application for it. I do it with cases, as well, but less often. 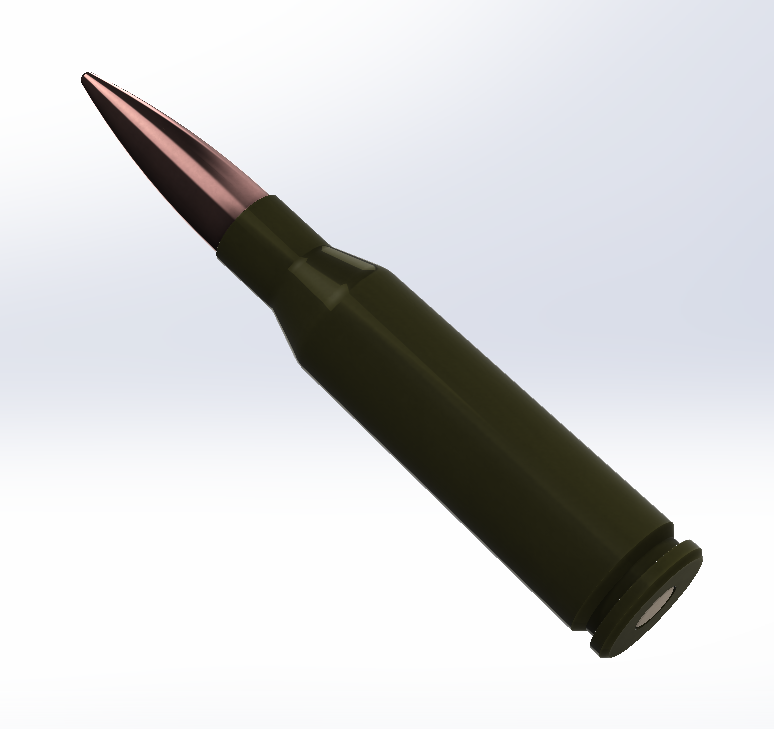 It was a 5.45x39 scaled up by 10%, to use standard 0.243" projectiles. The projectile was the 77gr taken from the 6mm Unified. I forget what the muzzle velocity was, probably 2,700-2,900 ft/s. I decided to increase case length by 2mm to improve performance and then dropped the project. However, several times I have come back to similar studies.

You're effectively describing the 5.8x42mm Chinese. 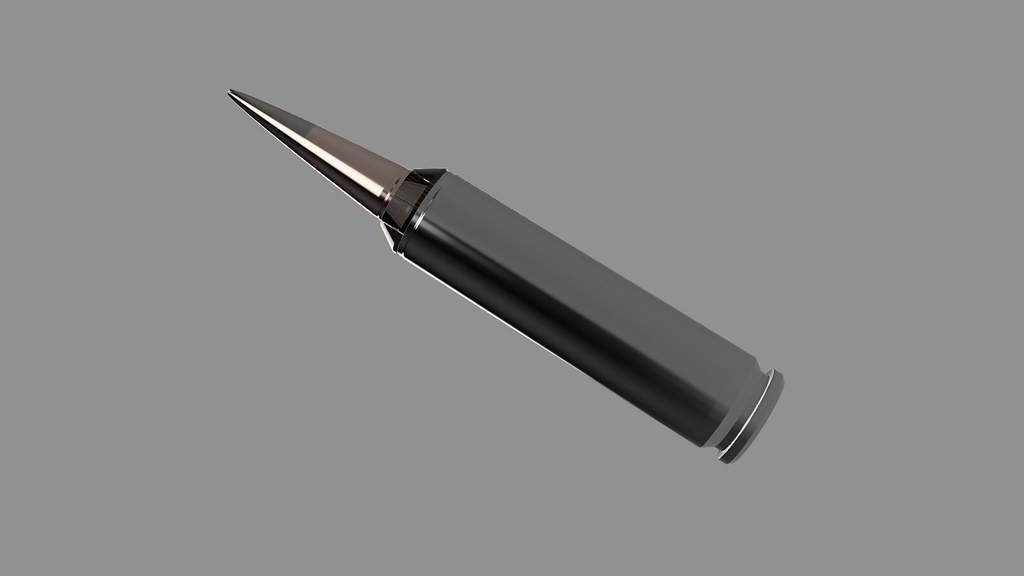 You're effectively describing the 5.8x42mm Chinese.

Can you explain what a poly cap is and where the neck is on the case? Cheers. Also Nath is your forum still running competitions or are you guys mainly active on discord?

Also Nath is your forum still running competitions or are you guys mainly active on discord?

The forum and discord are differently active. Many users are active on the discord, ask me for the link if you're interested. When we hold competitions, I take extra pains to make sure that both the forum and discord only users can participate equally.

Also we do have a competition coming up, that being the reboot of the Texas Truck comp.

I didn't thought about it when I made my first "neckless" rounds, but this geometry could reduce the complexity of making thin walled steel case, and also allowed for an easy "100% load density" of any cartridge, because it's easy to adapt the shape of the polymer cap to remove any unwanted ullage.

Did you ever try to compute the dynamic stability of your 6 cal long bullet?

As you might know, the Indian Army(called IA from here on) is planning to discard its current service rifle cartridge and adopt the 7.62x39 mm Soviet. The IA is currently using a non-standard cartridge based on 5.56 NATO - its COAL is 0.009 inches longer than that of 5.56 NATO.

This transition will mean that a solider can carry fewer rounds than before. But the IA is fine with this penalty as long as the new round promises greater stopping power. Also, the front-line infantry will be armed with 7.62x51mm NATO (IA already bought SIG 716s for them). So the new round will be used by the rest of the soldiers and also for counter-insurgency. Do you think it is a good idea to adopt the 7.62x39 mm Soviet in this day and age ? Or does an alternative general purpose round exist ? The decision to discard the current 5.56 mm cartridge has already been taken. Only the question of a suitable replacement is up for debate.

The general purpose round that they desire needs to :-

1.) Kill or grievously injure at ranges greater than or equal to the maximum effective range of 7.62x39 mm Soviet when fired from 16.3 inch barrels.

2.) Have recoil velocity and energy comparable to the 7.62 Soviet fired from an AKM.

There are no other restrictions (COAL, case head diameter etc.) because IA is prepared to adopt a new rifle anyway. But increasing the COAL too much maybe undesirable because of the increase in rifle weight.

Do you have any suggestions ?

(Some would argue that adopting the M855A1 or Mk318 rounds is a better solution. But many in the IA don't want to discuss the 5.56x45 mm cartridge anymore.)