My favourite is from Iraq. Bunch of guys with AKs blast away at a patrol from 800 metres while there is a closer sniper with a Tabuk hidden inside the back of a car or next to a pile of something soft to mitigate the muzzle report. US army spent years thinking they were being shot from 800 metres by AKs until someone realised it was a Chechen tactic that had made the trip to Iraq.

No, I mean the engagement geometry won’t work for many locations. It’s trivial to engage the patrol from 1km and be out of 81mm max range unless the patrol is so close to the fire base that there’s no pretence that the patrol is anything other than perimeter security. 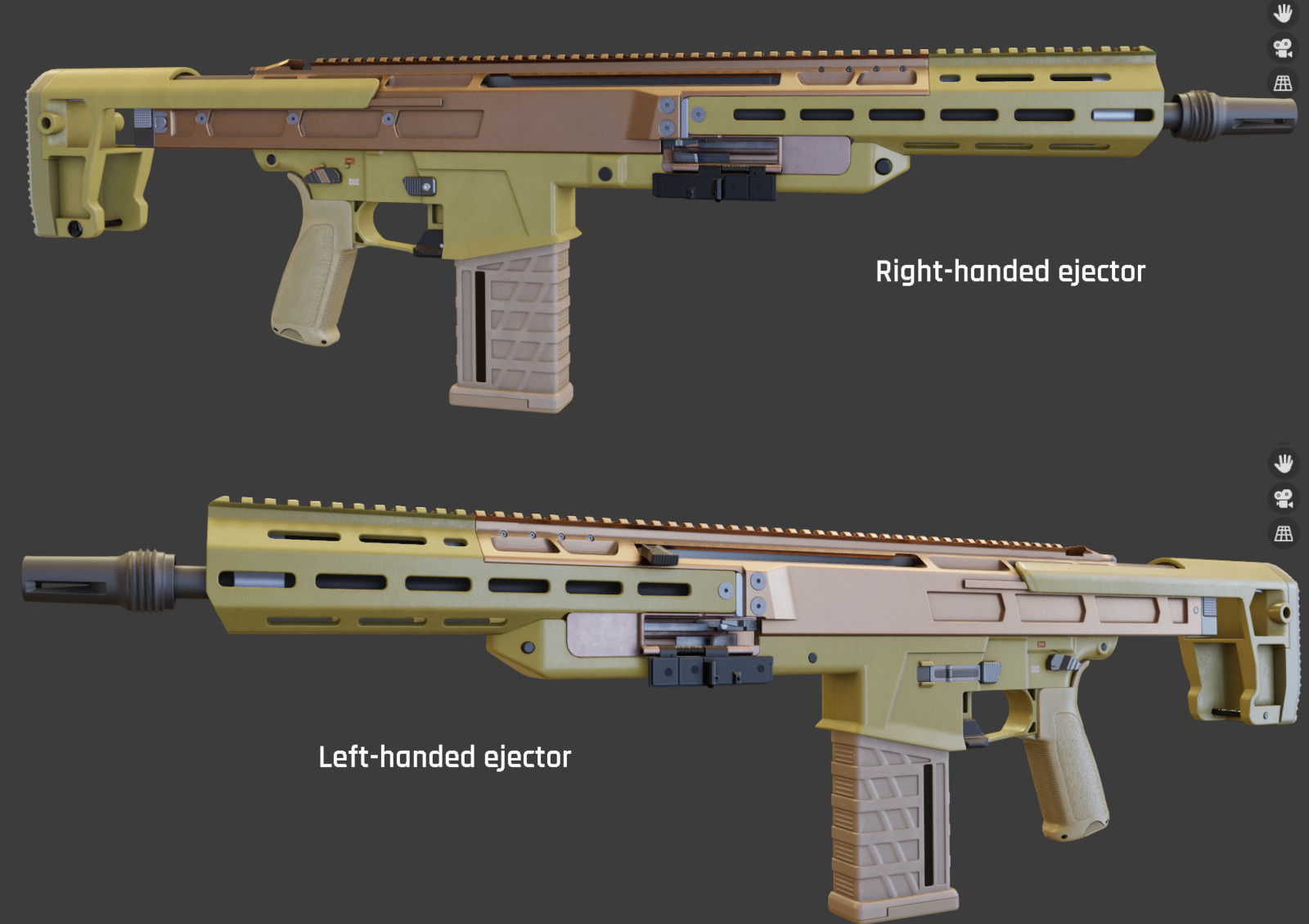 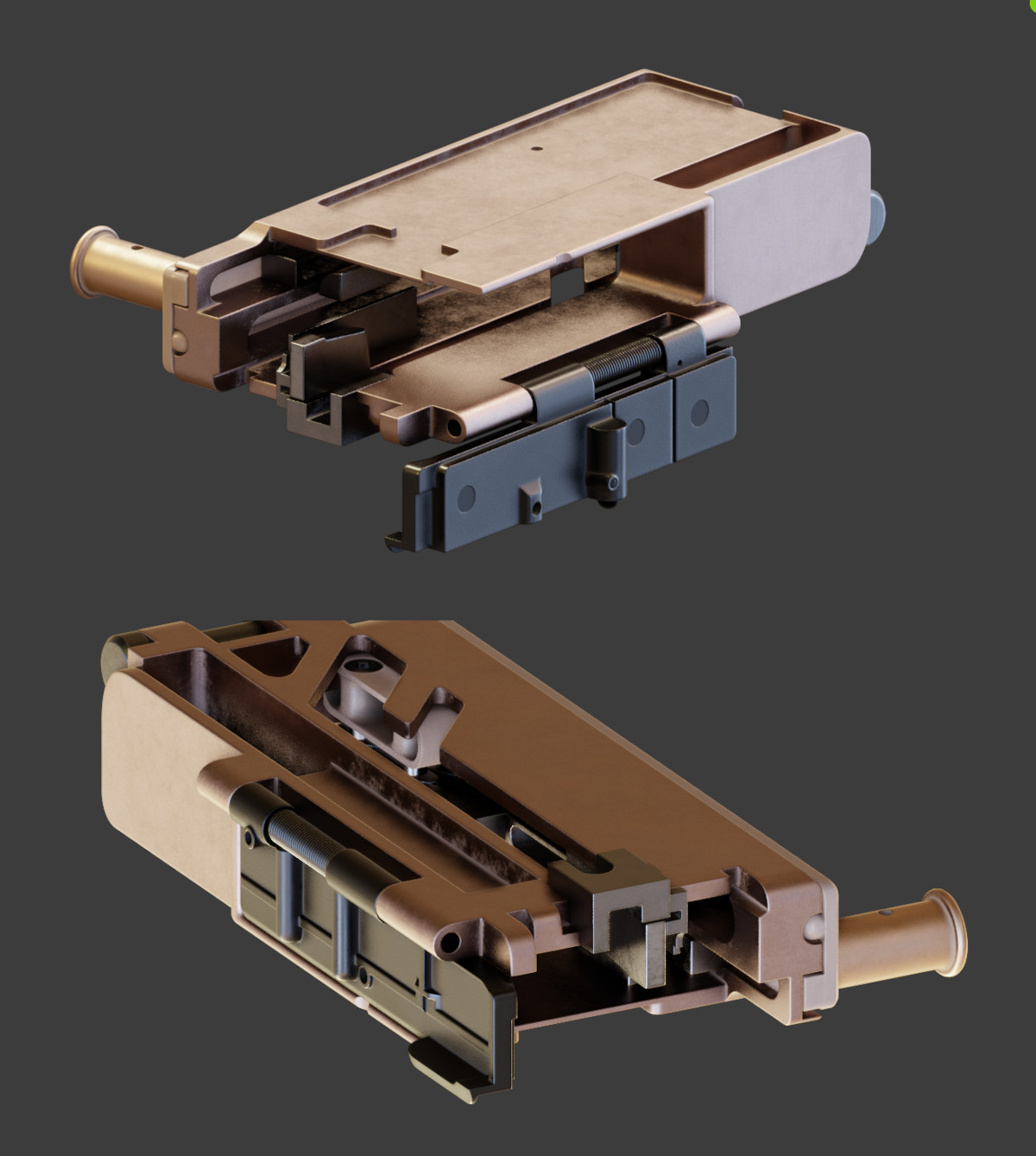 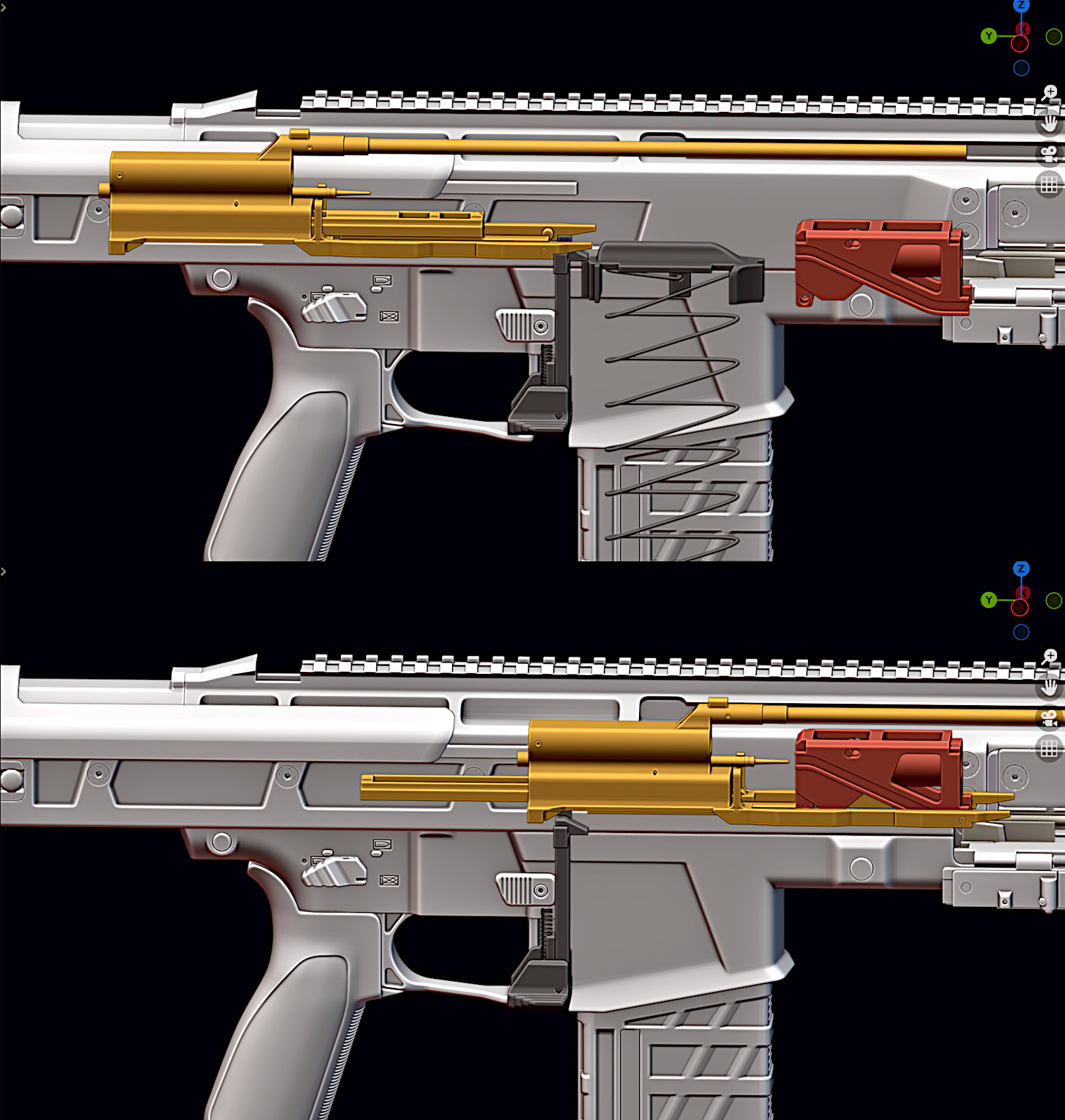 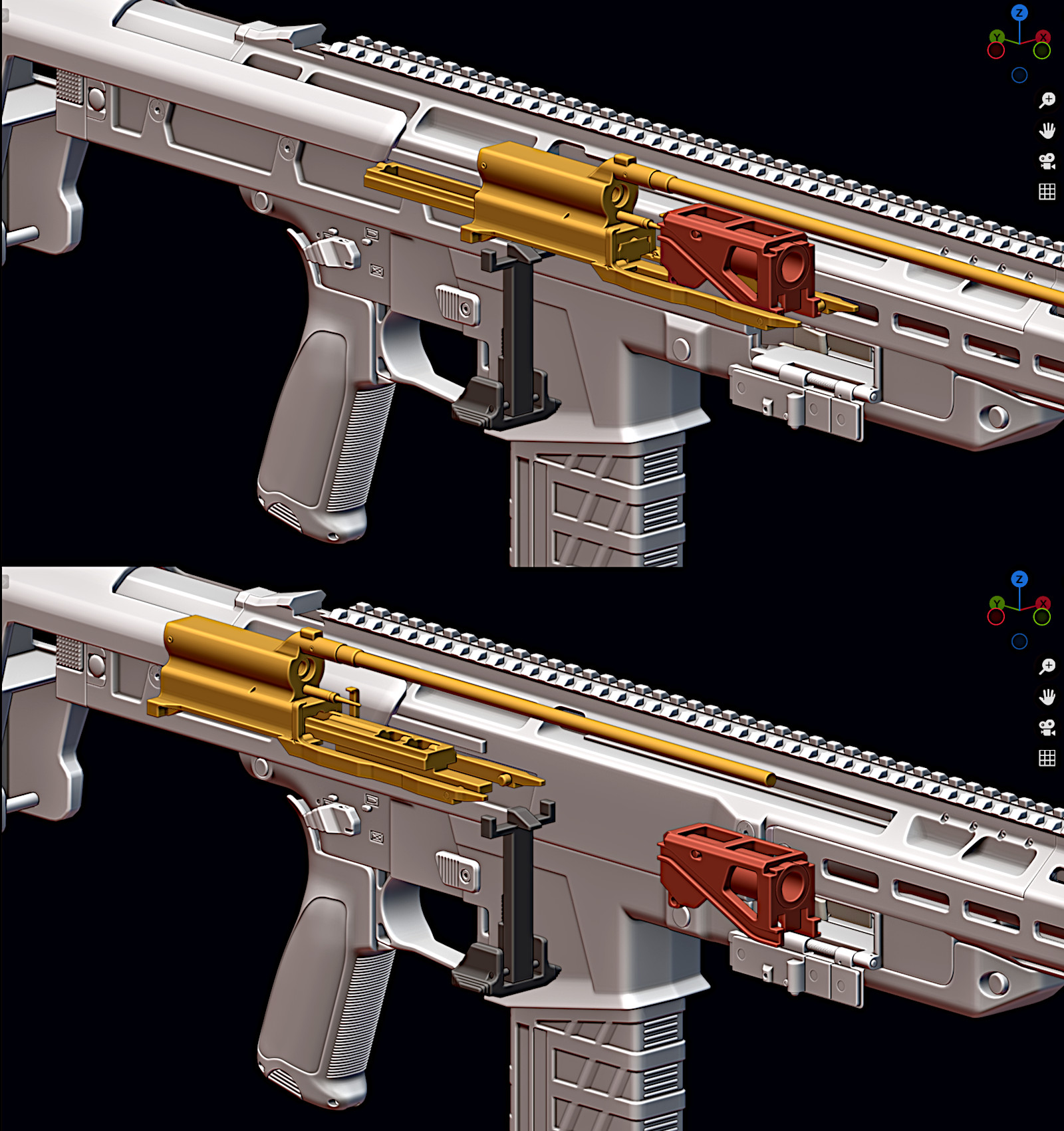 The more I watch this new render batch, the more I wonder WHY textron's pivoting chamber design is not offered as a bullpup. I mean, the ejection port is forward compared with the magazine well, and the ejection is not violent at all. Therefore, pistol grip could be positioned under the ejection port and it would not be a problem used with either hand.

because bullpups are a "lose the competition" button, why can't you people understand this?

seriously you're like the republican party of small arms lobbyists

But with Textron's design, it would seem that all bullpup-related problems would be solved: extraction is not a problem used with any hand, and chamber and extraction path is as accesible as it can be for removing stoppages.

Nathaniel, you said that the organization responsible of NGSW decission was anti-bullpup on the long term or something like that, right?

But with Textron's design, it would seem that all bullpup-related problems would be solved: extraction is not a problem used with any hand, and chamber and extraction path is as accesible as it can be for removing stoppages.

No, it's still a bullpup. Whether you think it's valid or not, people don't like bullpups. I personally think they don't for good, but subtle reasons, like balance. And no matter how hard the bullpup lobby keeps trying to make those 5 inches matter, people still hate them.

Nathaniel, you said that the organization responsible of NGSW decission was anti-bullpup on the long term or something like that, right?

"The organization" being Fort Benning, yes. I really don't understand how people can talk about US procurement without knowing, or even seemingly wanting to know, hardly anything about it.

Maybe it's been a year or two since I impressed this on this forum, but the market for bullpups isn't just shrinking, it's evaporating. The only countries still wedded to the idea are Britain, and Australia. We thought maybe, in a surprise turn, the US could adopt a bullpup in GDOTS' NGSW, but that appears to have been a huge mistake on their part (my theory is that Picatinny, who houses many bureaucrats who love bullpups, told GDOTS that they should try it. Of course they themselves did not make their carbine a bullpup, probably because they knew that Fort Benning wouldn't accept it, and this state of affairs likely suited them just fine...). New Zealand dropped the bullpup. France has dropped the bullpup. China has vociferously rejected them (not being a bullpup was a requirement of their late rifle effort that produced the QBZ-191). Israel for the time being still uses bullpups, but seems almost indifferent to them. Only Britain and Australia maintain a party line of bullpup supremacy. Britain's support for the concept streaks over the border to insane fanaticism, and the entire thing is wrapped up in this ball of the country's bizarre sense of national pride (where they fail for as long as possible to preserve the idea that they never made a mistake in the first place).

Such as it is, there is no market for bullpups. Anyone marketing a bullpup in the year 2021 without an explicit government requirement for one is an idiot.

(Please note, I'm not formatcist, some of my best friends are bullpups!)