But as far as I know ACR ended preciselly with no winner. I think that the problem was the same of SALVO / SPIW: increase hit probability (not effects, like NGSW does) using only mechanical/physical element combination and not (unexistant) sensors and software. Indeed, NGSW is a no-go without FCS and from the very beginning it is going to be integrated in broader systems (both next visors - say IVAS or another one - and any future BMS). And what is more important, it is not focused on increasing hit probability (something that is going to be centered on any future FCS), but it pays attention to armor penetration and effective range increase. The last two requisites are much easier to connect to physical properties of the cartridge rather than hit probability

I assume that huge pressure increase is related with armor penetration. Future armor penetration. After a M-nn with M1184 cartridge is fielded, other actors will follow suite and will increase armor protection. Given the state of art, is more feasible to increase protection rather to increase penetration. Therefore, future cartridges and weapons need a growth margin both for decrease tungsten use (maybe machine tool-grade steel?) or for increase penetration capability. If a dual metal case is used, it will need to be reinforced if further pressure is demanded and possibly weight will be increased (although I'm not sure about the latter)

IF case telescoped design is enough mature in all its elements (cartridge itself, cartridge cost reduction, chamber sealing at all the foreseen temperatures, reliable extraction), then the advantages are too clear. And the program chain from LSAT and even before alledgedly have had the effect of mature such set of elements.

I don't know. I don't have all the relevant information nor the technical level to be sure at all, but it seems to me that just renouncing to the use of polimer for case walls is a clear lose. Not only in terms of weight reduction, but on thermal isolation too. Besides, a push-thru design offers a really nice advantage for a MG design, since chamber is disconnected from barrel trunnion except for the firing step

ACR ended with no winner because the goal was to increase hit probability - and pretty much every rifle tested actually had worse hit probability then the M16. Ultimately the only thing taken from ACR was the 4X ACOG, which was found to marginally improve hit probability at long distance on the ACR target range. 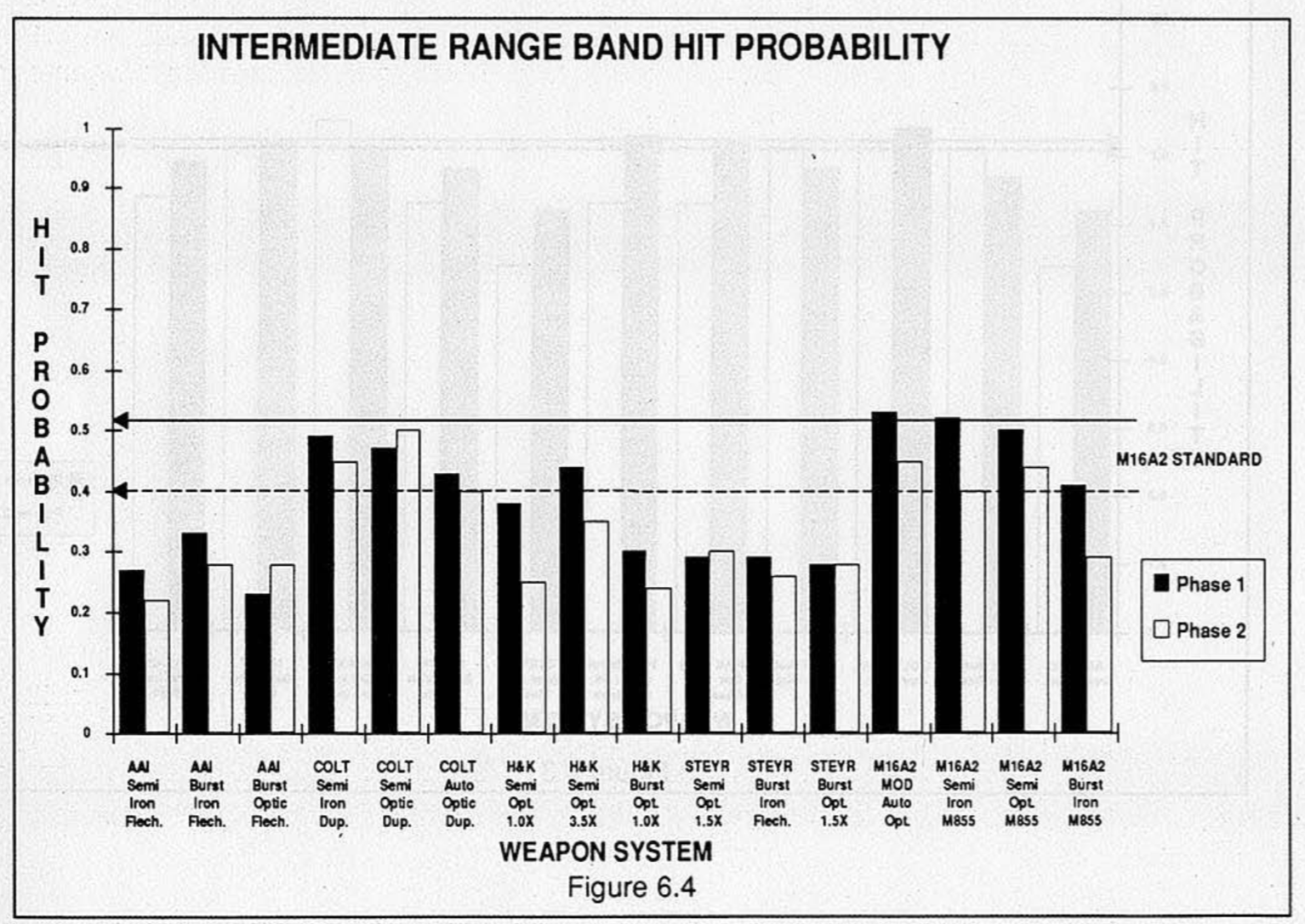 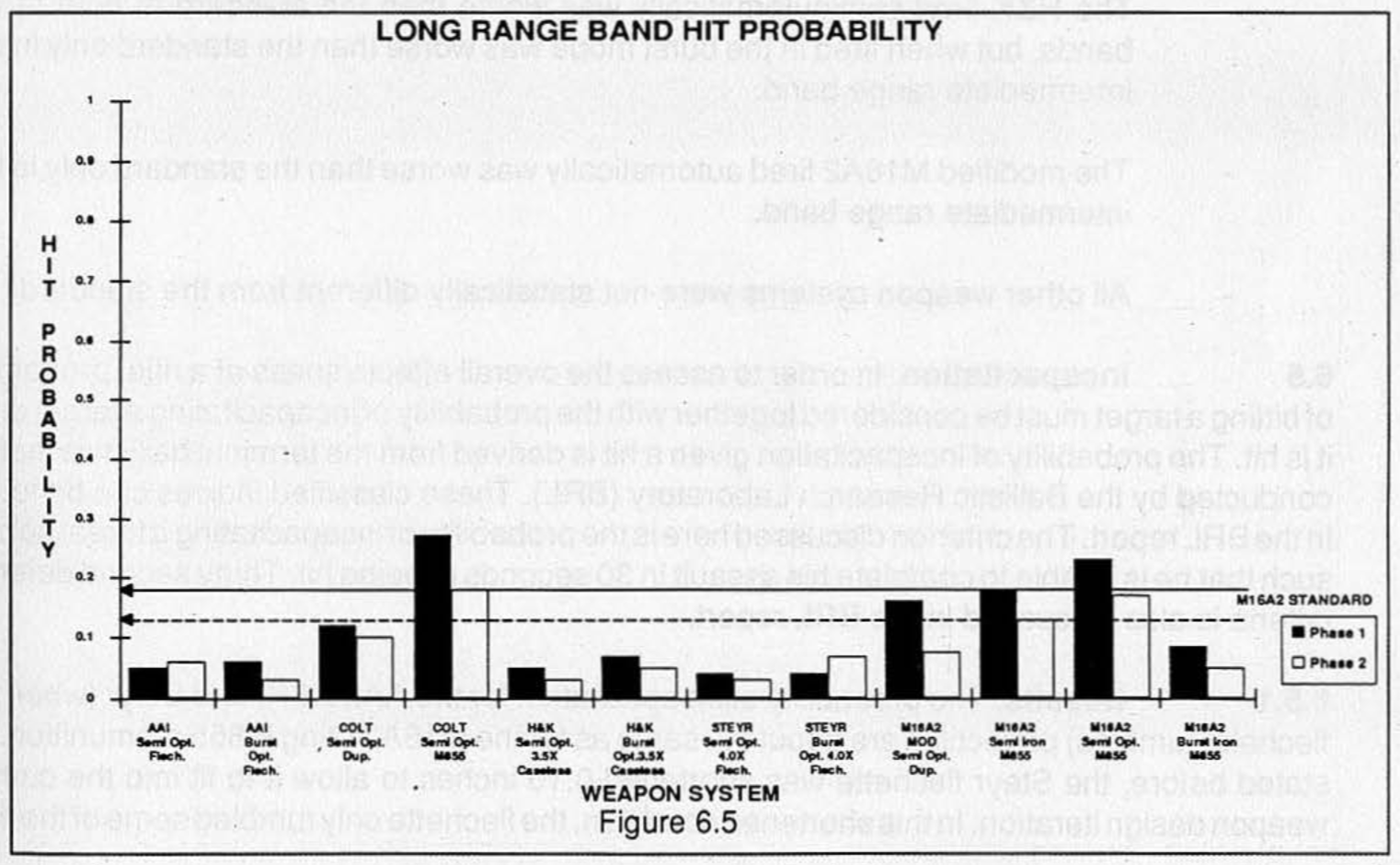 What would have been the reason Textron would have lost the competition? I mean, TV is more or less obvious at this point with GD out, but at the same time SiG is making serious efforts in making their civilian version visible. SiG's candidate is the heaviest at cartridge level, the least innovative and it has not any serious growth capabilities. Finally, SiG bimetal case is going to be more expensive than conventional ones. I mean, if AAI / Textron CT bid would have an actual deal breaker, it should have been known time ago. It would have even precluded its participation and even the entire program. I mean, it would have been a total disconnection between LSAT, NGAD and NGSW that would be really difficult to explain

DISCLAIMER : This is unverified reddit hearsay from a supposed "USAMU Tester", Along with some cross referencing with earlier forum discussion on this topic + the original RFP accuracy standards

Regarding this topic it had been discussed earlier on this forum about a possible drop in accuracy with both TV Neckless and Textron CT type cartridges
In this discussion with EmericD :http://forums.delphiforums.com/autogun/messages/7908/36

All this together could present a plausible explanation, if indeed CT and TV neckless are inherently 3-4 MOA systems, wheras the goals are 1.7~ MOA accuracy

Textron claimed their round was more accurate than normal ammo

Yes, and I'm inclined to believe Textron over a random redditor claiming  to be a USAMU tester, if he was he'd surely be under an NDA, in addition to that he doesn't seem to be able to get even the basics of the ammo correct either, confusing GD/TV's ammo with SIG's for example, however we cannot ignore the fact that only the SIG entry was at AUSA this year, whereas for the last 3 years all 3 have been present

Right. That would make the exact opposite of sense unless emeric saw significant accuracy dropoff with his neckless brass cases.

Also the last person we had "come out of USAMU" gifted us with 6.8 spc.

So the track record here appears to side towards somebody trying to act cool on the internet.

Though it's genuinely not inconceivable that somehow Textron and TV screwed up that bad.

But how CT obtained Maturity level 9 at LSAT program?

Now CT seems to appear from nowhere in 2018 and we are talking about a design that was evolving during 20 years, maybe even more. After so many time and testing, I find really hard to believe that such a serious problem didn't stop the development before.

“however we cannot ignore the fact that only the SIG entry was at AUSA this year, whereas for the last 3 years all 3 have been present“

Conversely, SIG is not attending SHOT Show this year.

If you read his comment he did see an accuracy drop off, he was shooting 3-4 MOA, so it's not out of the question that it's too inaccurate for the stringent requirements set for NGSW,

"Also the last person we had "come out of USAMU" gifted us with 6.8 SPC", this is great quote