But again, as Gatnerd said, either there is any undisclosed problem with TV technology, or simply it doesn't make sense to choose the bimetalic case over the polymer one.

I disagree.  Yes, the TV ammo is technologically superior, but it cannot at present be fired in the SIG weapons.  Since it appears the Army wants to field NGSW ASAP, using SIG ammo in SIG guns makes far more sense than expending the time and money necessary to make SIG guns shoot TV ammo.

"Perfect is the enemy of good enough." 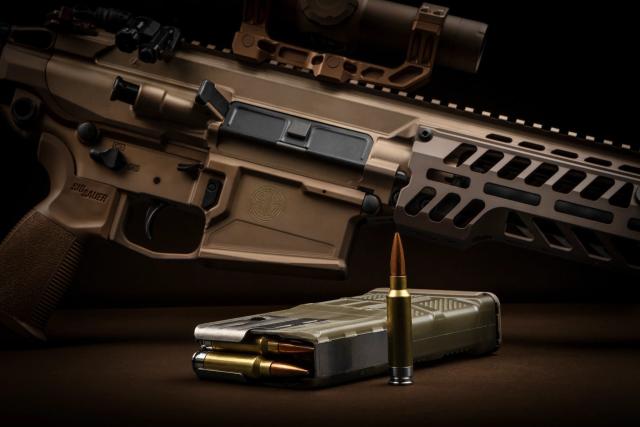 Weapons like Stinger, as well as the new 'Drone Guns' that jam them, are going to be extremely important at the Squad level...

Yikes!  I pity the poor grunt who has to carry that monstrosity.

I think that it is unreasonable to believe that the US will not be soon running into at least some foes who are able to wear the kind of protection that it has been using for a couple decades.  The price of effective body armor is falling every day and the current events are pointing out WHY it is worth getting.  As slowly as the US Military works, it is important to at least have something available to deal with even small groups of well armored adversaries.  The US may even learn something and (reasonably) quickly develop a better alternative.

We do not yet know how many soldiers on both sides have been killed or wounded with small arms...

Precisely.  And in the context of the body armor debate, how many that were wearing armor, were killed or wounded with small arms?

Also, in the context of the PDW/HE squad concept, how many of those wearing armor were killed or wounded by handheld HE weapons?

You have a point here about us not  necessarily knowing that the TV ammo will work in the sig guns and the February 24th thing.

As far as the video goes t's still online and sig hasn't pulled it down, not that it matters anyway since the army is going to do what it's going to do.

It's going to be very interesting to see where all of this goes from here.

At least we got an AMAZING new optic out of the deal though. The optic is the real bright spot here.

As far as the video goes t's still online and sig hasn't pulled it down...

Of course SIG has not pulled it down.  The video is not SIG's to pull down.  It belongs to T&P.

It's going to be very interesting to see where all of this goes from here.

At least we got an AMAZING new optic out of the deal though. The optic is the real bright spot here.

Concur on both counts.

Perfect being the enemy of good enough on a project that probably doesn't even need to happen is silly if being used as the decision making rationale.

The least they can do on their wundermagnum dream gun, is make sure that its not using an ass-backwards ammo design when that was at least 50% of the project.

No one knows the future.  Only time will tell for certain if NGSW is worth doing, as well as whether or not there is enough time to re-engineer the SIG guns to fire TV ammo before they are needed on the battlefield.

The Orthopedic-Industrial Complex has purchased Stan!

What, do you have something against a guy making a little cash on the side?

Besides, a rifleman will carry only 11 or 12 of these.

How much can a dozen plastic magazines weigh?