I think the US Army's new PAAC study will end-up trying to replace 5.56x45 mm NATO with something like 6x39 mm ARC.

Okay, I just read the article linked to by Emeric, as well as a few other articles.

They reported the PAAC study as looking for a replacement of the 7.62 M240.

None said anything about trying to replace 5.56x45 with something like 6 ARC.

ETA:  Unless NGSW is cancelled, why would they adopt a new round like 6 ARC?

I tend to agree.

The Army seems to disagree.

The big question to me is to what extent the 5.56x45 replacement will be hobbled by the existing AR15/M4 platform.  The barrel extension and bolt strengths pose pressure limitations and the magazine well dimensions pose cartridge size limitations.  At this point in time,  I would not bet on the reliability of 6mm ARC/65 Grendel-sized cases feeding through AR15/M4 magazine wells.   FWIW,  just this month the 65 Grendel forum had yet another thread concerning magazines and feed issues.

Yes, the reliability of 6.5 GREN/6 ARC stainless steel magazines has been an ongoing issue for many years.

But, in the unlikely event that 5.56 NATO were to be replaced by 6 ARC, I doubt that it would be a problem.

I expect that 6 ARC variants of the M4 carbine would follow the lead of the LWRC Six8 and have enlarged mag wells, with caliber-specific, polymer 30-rd mags. 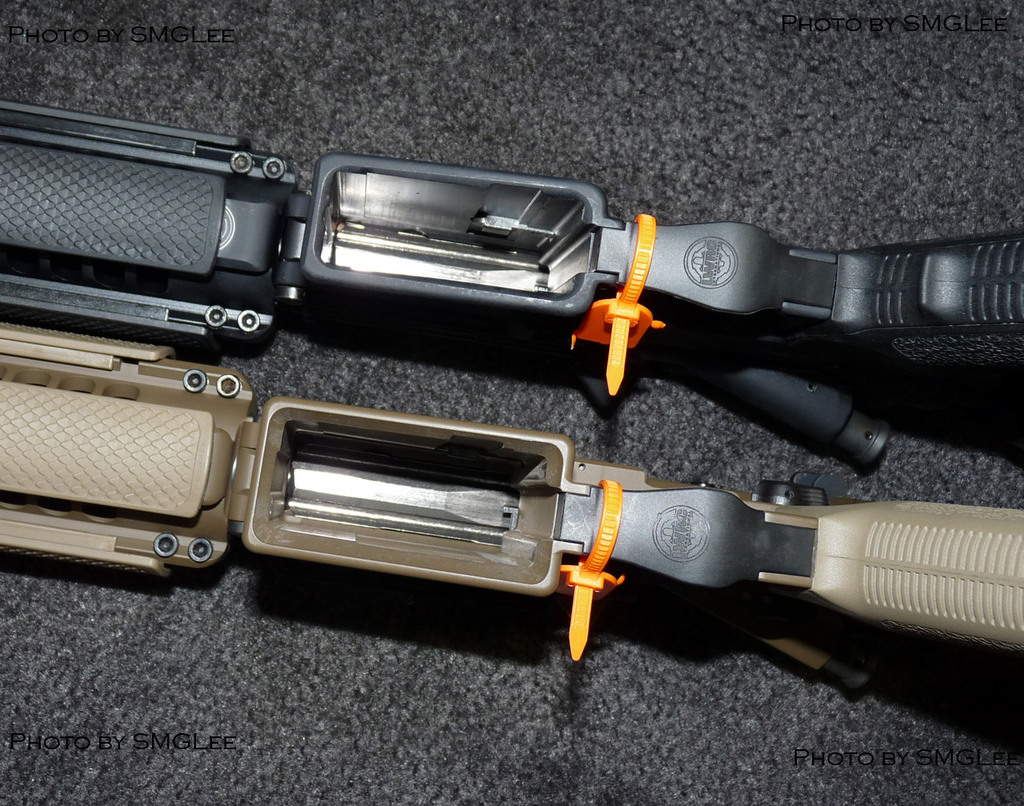 However, another issue is that no one has yet demonstrated that 6 ARC will work in a belt-fed LMG, which would be a critical factor in adopting this caliber. 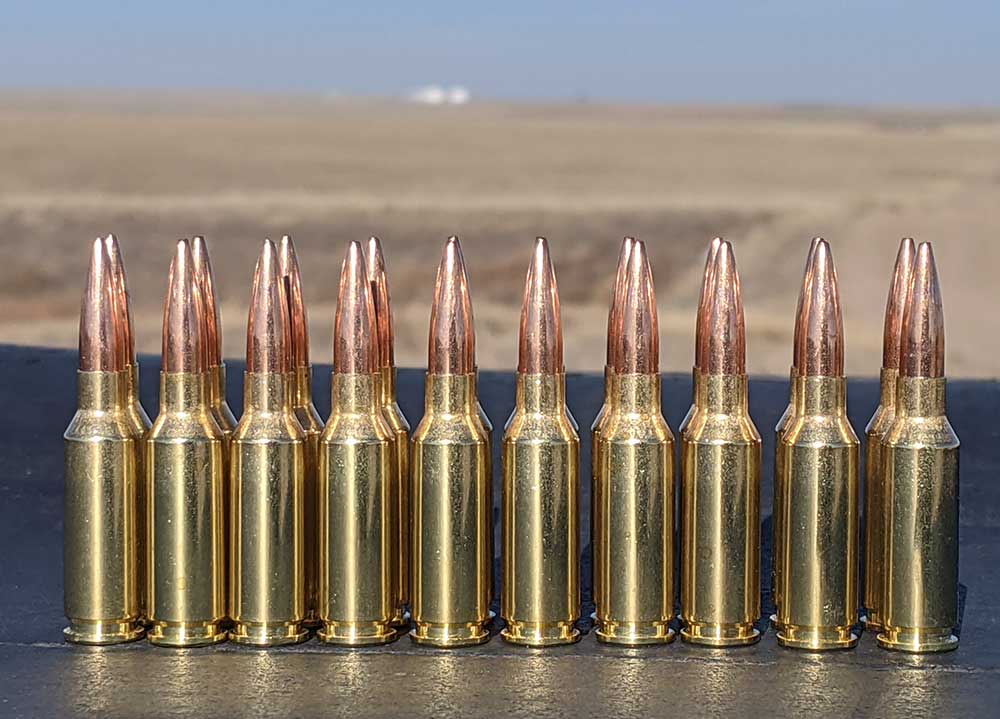 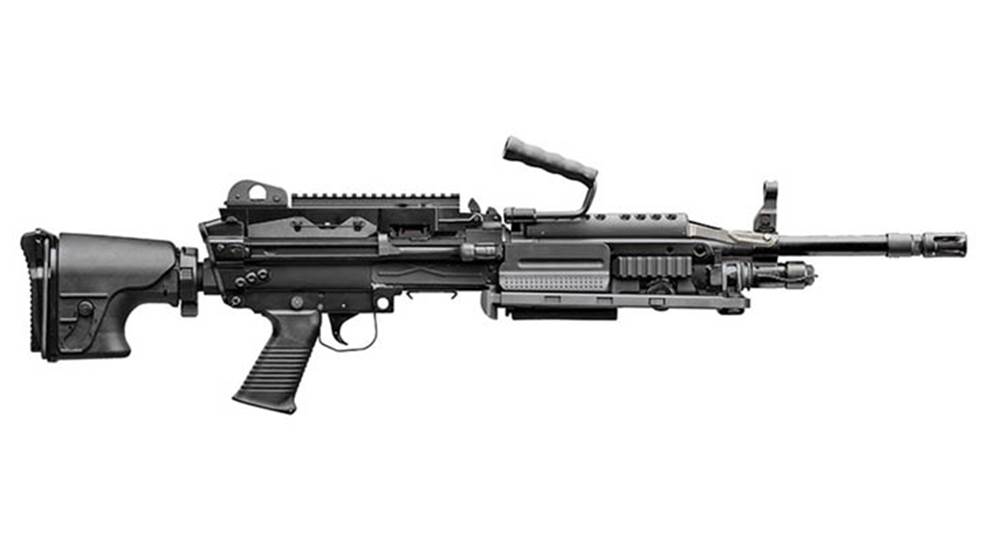 Any more details, Emeric? Which weapons, what ammo and is it general SF issue or just available if needed?

6 ARC magazine issues stem from them not being dedicated mags but rather 6.8SPC mag bodies occasionally with new followers. I have been sourcing mags for my rifles from Israel's E-lander while they work ok , they are not dedicated 6ARC mags , that would need slightly modified stamping. But if it were to be used militarily i am certain tooling for proper mags would be made. Similar problems exist with .300BLK mags as most are just marketed btu realy .223rem , mags , so when you load up the subsonic rounds with heavy 200grain projectiles things fall apart. The ones that work best for my rifles are Lancer systems. There is realy no reason for the 6 ARC not to work from either magazines or belt 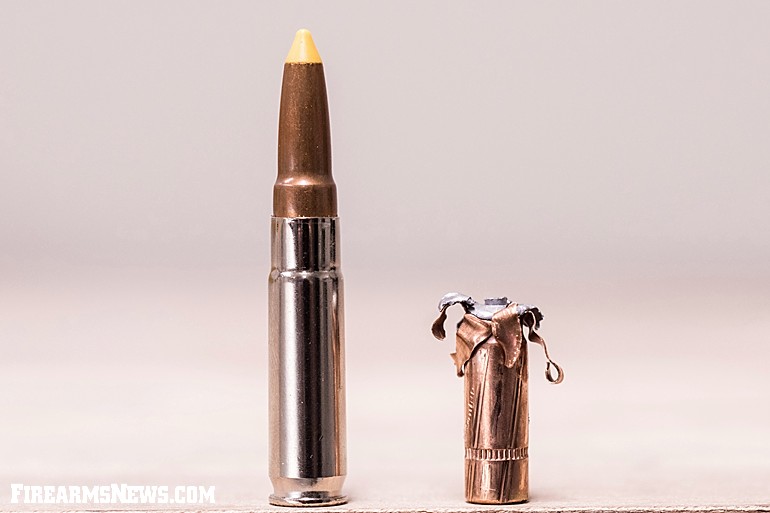 As you can imagine the magazine contour from 6.8SPC is not realy well fitting to the 6.5Crendel or 6ARC case. 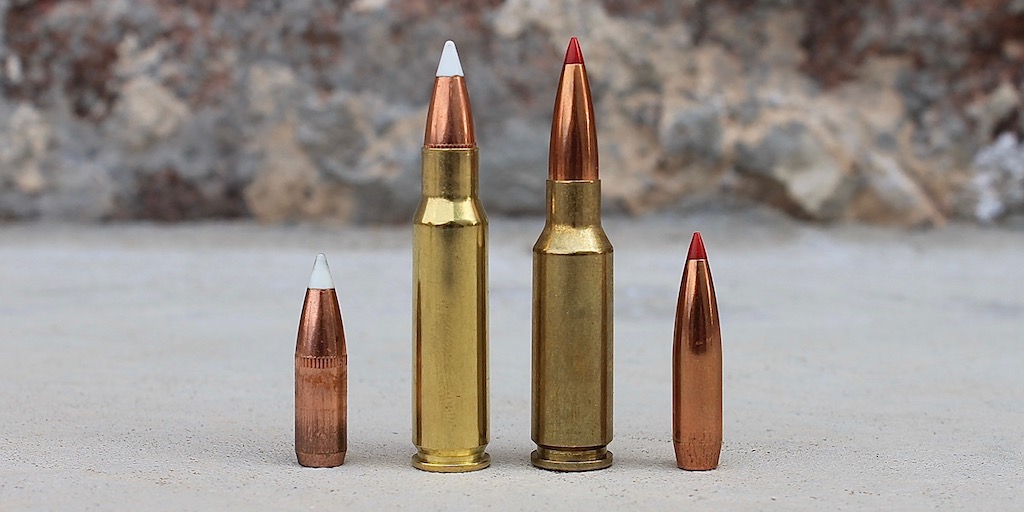 I've seen that LMT could deliver 6.8 mm SPC barrels for the MARS rifle, but it's just an hypothesis.

Of course, one should bump into accuracy (if the bullet exit the barrel) or safety issues (if it doesn't), but, as Stan would point out, "nothing that can't be solved by a barrel change..."

alr boys jesus dropped the vid on the xm5

FWIW, one of the interesting points I discovered in the long and convoluted history of the 6.8 SPC is that virtually all of the commercial barrels made for it are internally undersized based the SAAMI specification.  The SAAMI specification for most cartridges includes the internal area, but many US barrel makers seem to ignore it.

For the 6.8 SPC, the SAAMI specification includes:  "min. bore and groove area 0.0596 sq in (38.451mm^2)", and even a suggested rifling profile (4 grooves, 0.160" wide).  This results in roughly a 25/75 land-to-groove ratio.   This compares to the 50/50 barrels that unsurprisingly typically had the worst pressure issues (although some of them had undersized bores and flawed chambers as well).

As it turns out, the SAAMI specifications of most of the 6.8mm or 270cal cartridges specify a similarly large bore cross-sectional area, so I wonder if overpressure issues will plague some of the new cartridges like the .277 Fury.  Only the new 6.8 Western specifies breaks with tradition and specifies something more like a 33/66 land-to-groove ratio.

Has this been an issue with other cartridges?

6 ARC magazine issues stem from them not being dedicated mags but rather 6.8SPC mag bodies occasionally with new followers. I have been sourcing mags for my rifles from Israel's E-lander while they work ok , they are not dedicated 6ARC mags , that would need slightly modified stamping. But if it were to be used militarily i am certain tooling for proper mags would be made.

Why fool around trying to make reliable steel 6 ARC magazines sized for the 5.56 mag well instead of developing new polymer mags specifically for 6 ARC?

Opting for the enlarged mag well and bigger magazine would also make it impossible for Private Snuffy to load 5.56 mags into a 6 ARC rifle, and vice versa. 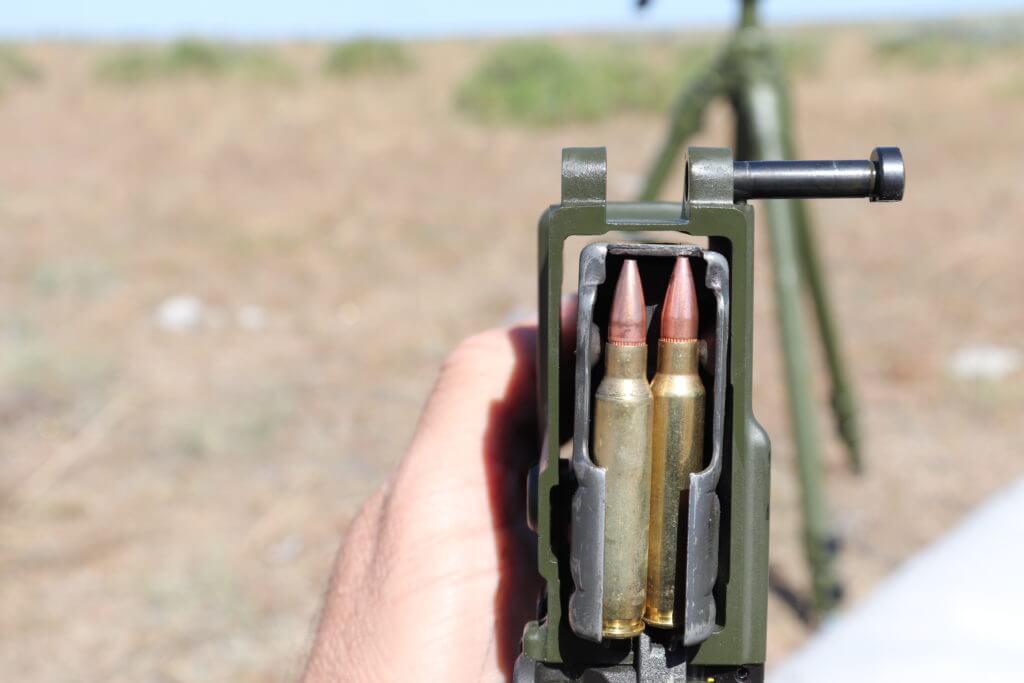 I think there is good reason to question if 6 ARC can be made to work reliably in belt-feds.

Note how 5.56 NATO fits into M27 links, how much case shoulder extends above the link. 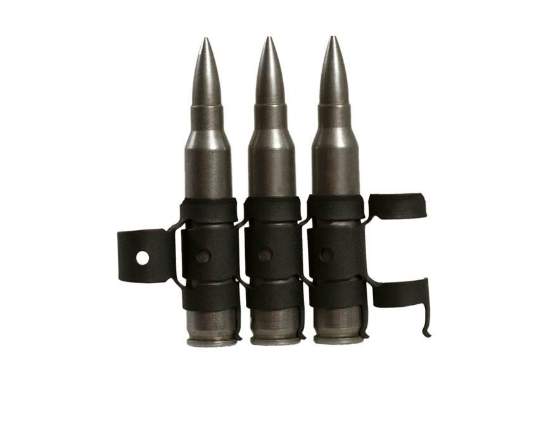 That exposed part of the case is what the front feed pawl pushes against to advance the belt, and also what contacts the cartridge stop to align with the chamber.

Note that with 6.5 GREN, there is almost no case shoulder (extending above the link) for contact with either the front feed pawl or the cartridge stop.

This situation would be even worse with 6 ARC because the case head-to-shoulder dimension is shorter than on 6.5 GREN. 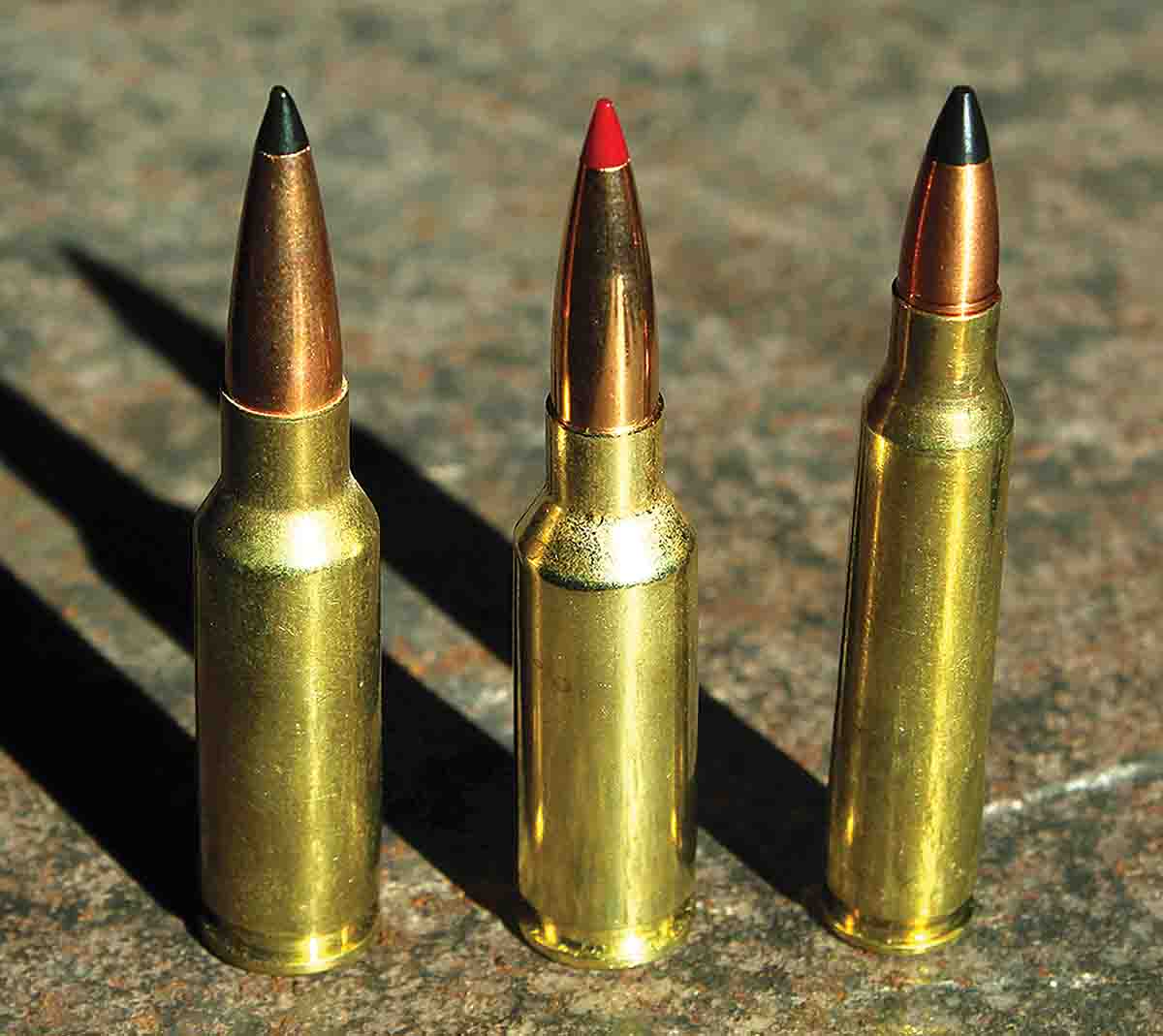