Probably the best argument for that is that not only is the DR not light but 4x is often not enough these days.

Anyone know what the eye relief is on the DR in 1x?

The one thing I don't particularly like about LPVO's is the touchy eye relief and eye box with them.

Im actually considering grabbing the primary arms / holosun optic with the ACSS Vulcan reticle which actually shows you directly in the sight picture if your alignment is off with it to plop on top of my 1-8's and 1-4's.

This will add even more weight which is far from optimal though and will probably necessitate going to a sopmod style stock instead of my MFT minimalists I tend to prefer.

JSSAP is working on some very interesting stuff in the way of 3d printed optics including digitally enhanced versions, we'll see how that goes.

Good overview of the Elcan: 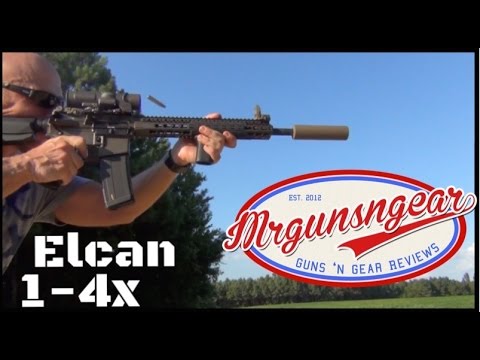 I do some shooting with the Elcan SpecterDR mounted up on a couple rifles, go over the features of the optic, and what I think of it overall.Elcan SpecterDR:... 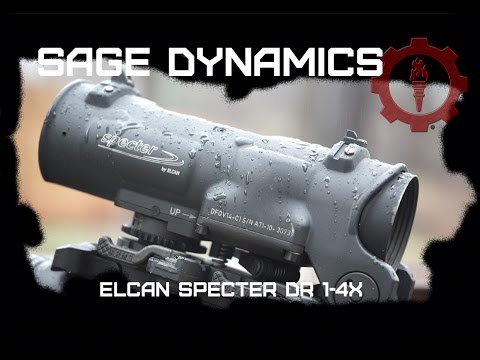 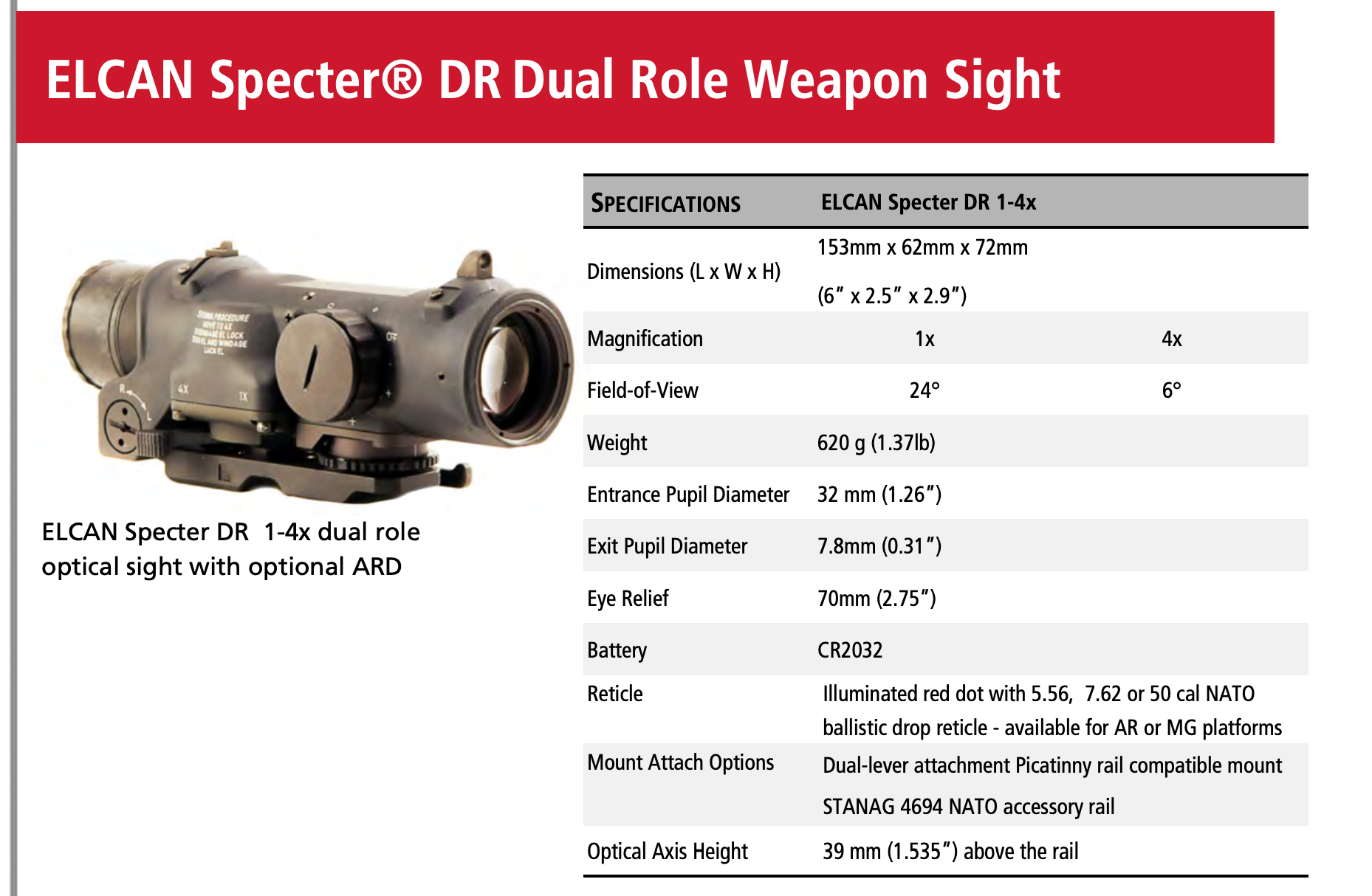 Its main benefits over the ACOG is that its 1x + 4x in one, can work with night vision, and being LED powered, the user can set the brightness to the ideal level (ACOG is often either too bright or night bright enough.) Also being non-ITAR and non-tritium likely important for the EU.

Compared to a LPVO its general benefit is being more compact, lighter than a LPVO+Mount, faster magnification changes, and better battery life (~600-3000hrs vs ~100-150hrs for LPVO like Razor and Tango). I suspect its also more rugged than most LPVO's.

Since were talking optics, as of this moment 2021, Japan of all places is currently at the forefront of military issue optics, fielding the ultra compact 1-8 March F scope by DEON as their standard issue for the Howa Type 20. 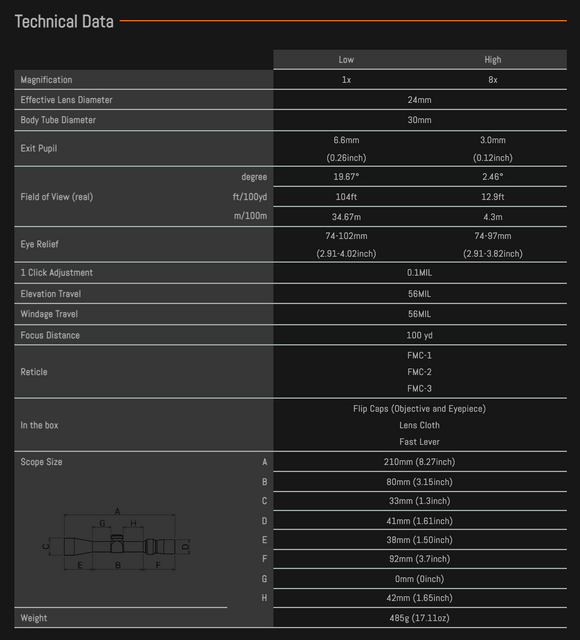 0
ReplyToggle Dropdown
Msg 209 of 339 to stancriststancrist
In reply toRe: msg 205

Actually, since Von der Linen is out of Defense Ministry office, substitution process should be called off. Maybe 10.000 rifles should receive a retrofit kit such as steyr-wilcox one and that's all.

If they want to adquire just one fleet of sights, it's an option. But 100k is just absurd IMHO

Apparently they've been hunting for an optic since 2018 per TFB:

Ive heard nothing but great things about the march optics.

0
ReplyToggle Dropdown
Msg 212 of 339 to roguetechieroguetechie
In reply toRe: msg 211

Indeed they are excellent , i would take that 1-8x March for a DMR , but for a general purpose rifle elcan offers much wider view and better reticle for the intended use and lack of in field adjustable turrets is a plus for a combat rifle .

Jap army i hope ordered a custom reticle with BDC , closest commercial offering that would be usable is ,they realy need some better reticle for their 1-8x and 1-10x optics.

I am waiting for FFP version of their insanely good 1.5-15x

From the look of the latest JSSAP dtic presentation it appears that we may be about to see some interesting new ground broken in very non traditional optics shortly....

Which should be incredibly interesting

0
ReplyToggle Dropdown
Msg 214 of 339 to roguetechieroguetechie
In reply toRe: msg 211

Yeah Japan is big pimpin these days, this whole setup looks dope af. As a lover of Japanese manufactured pocket knives and lighters, I'd really like to get my hands on one of these and see how it stacks up to the SCAR 16 in terms of quality and shootability. 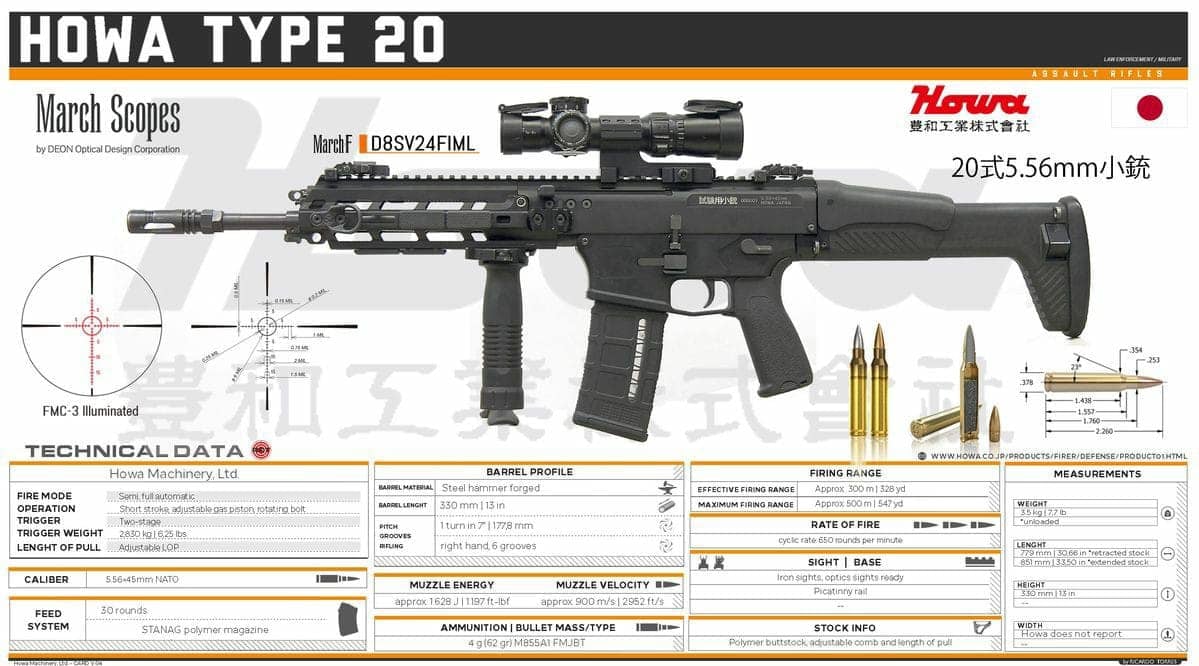 More broadly, we're seeing the broader ramifications of the Xi-ification of China and the SCS region. Namely, Japan has woken from its peaceful slumber and is now remilitarizing across the board. 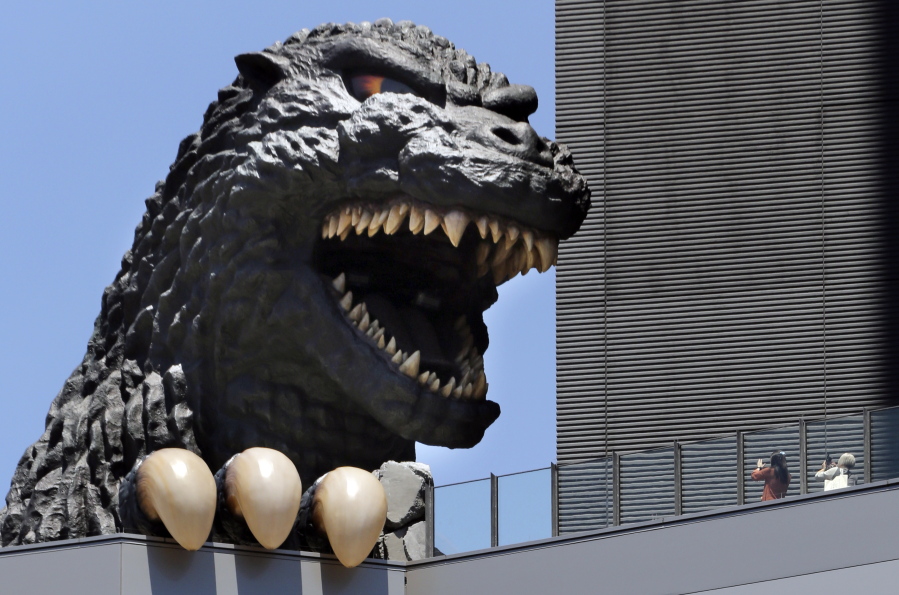 Indeed they are excellent , i would take that 1-8x March for a DMR , but for a general purpose rifle elcan offers much wider view and better reticle for the intended use and lack of in field adjustable turrets is a plus for a combat rifle . Jap army i hope ordered a custom reticle with BDC , closest commercial offering that would be usable is ,they realy need some better reticle for their 1-8x and 1-10x optics.

Per the above slide, the twitter infographic rumor is they will use the FMC-3 reticle: 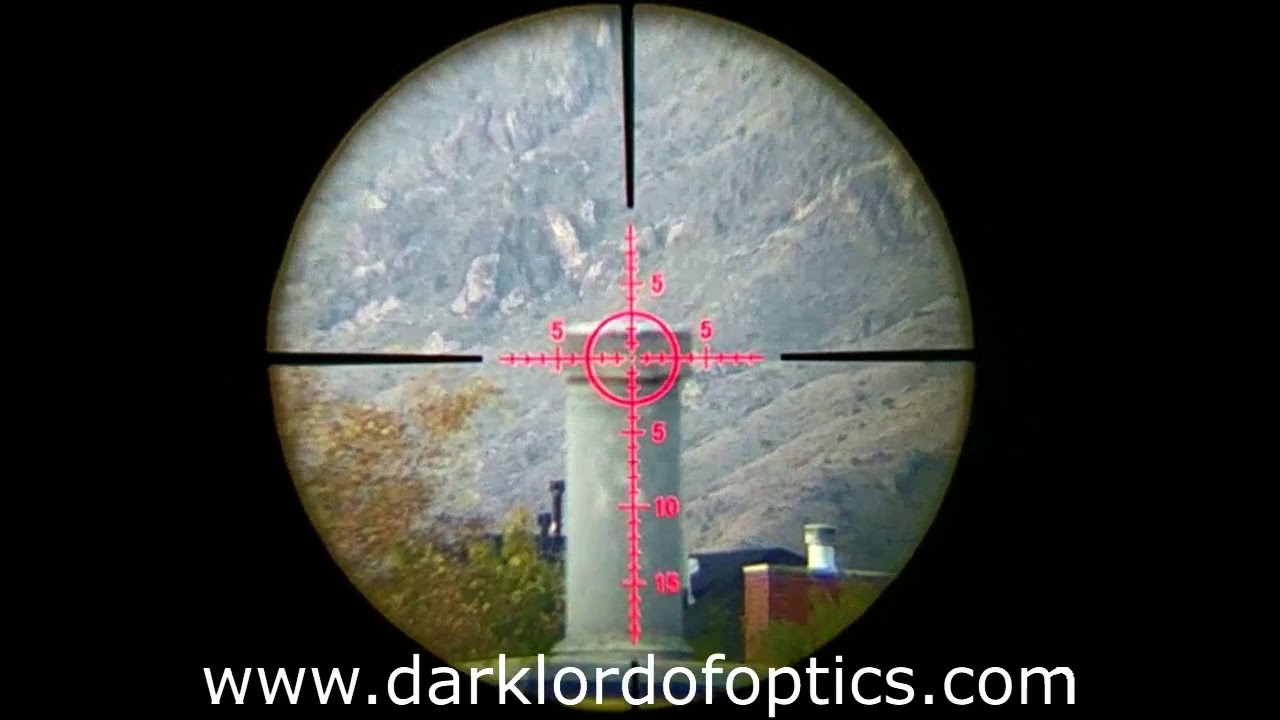 Through the scope video showing the reticle with and without illumination. The effects on the edge of the image are the artefact of how the camera lines up ...

But I agree, this isn't a great general purpose reticle. Personally I don't think First Focal Plane optics in general are great for general purpose, as they make the reticles really tiny and reliant on illumination when on 1x. I think the US was wise to go Second Focal Plane (where reticle remains a constant size from 1-6x) with the Tango optic for that reason.

I'm not an optic expert by any means, but at least for my own use, I'd love to see the March or similar optic as a SFP, using a simple ACOG style reticle.