The Fletcher and Ground Launched APKWS has been discussed for a couple years now, but there had not been much news.

However, it was announced that SOCOM, plus a unknown Euro SF team, has purchased the Fletcher:

Arnold Defense is unable to disclose specific details regarding the new contracts in place however, one of the two orders has come from USSOCOM and the other is from an undisclosed European specialist unit. The timings, numbers, configurations and concepts of use are different for each customer, but Arnold and their integration partners will be delivering a combination of single (4-round) vehicle-mounted FLETCHER systems, as seen on display at numerous exhibitions and a new and unique twin-mounted (8-round) FLETCHER variant. Vehicle and static mounted FLETCHER systems give the user the ability to accurately engage targets from the ground at a range of over 5km. 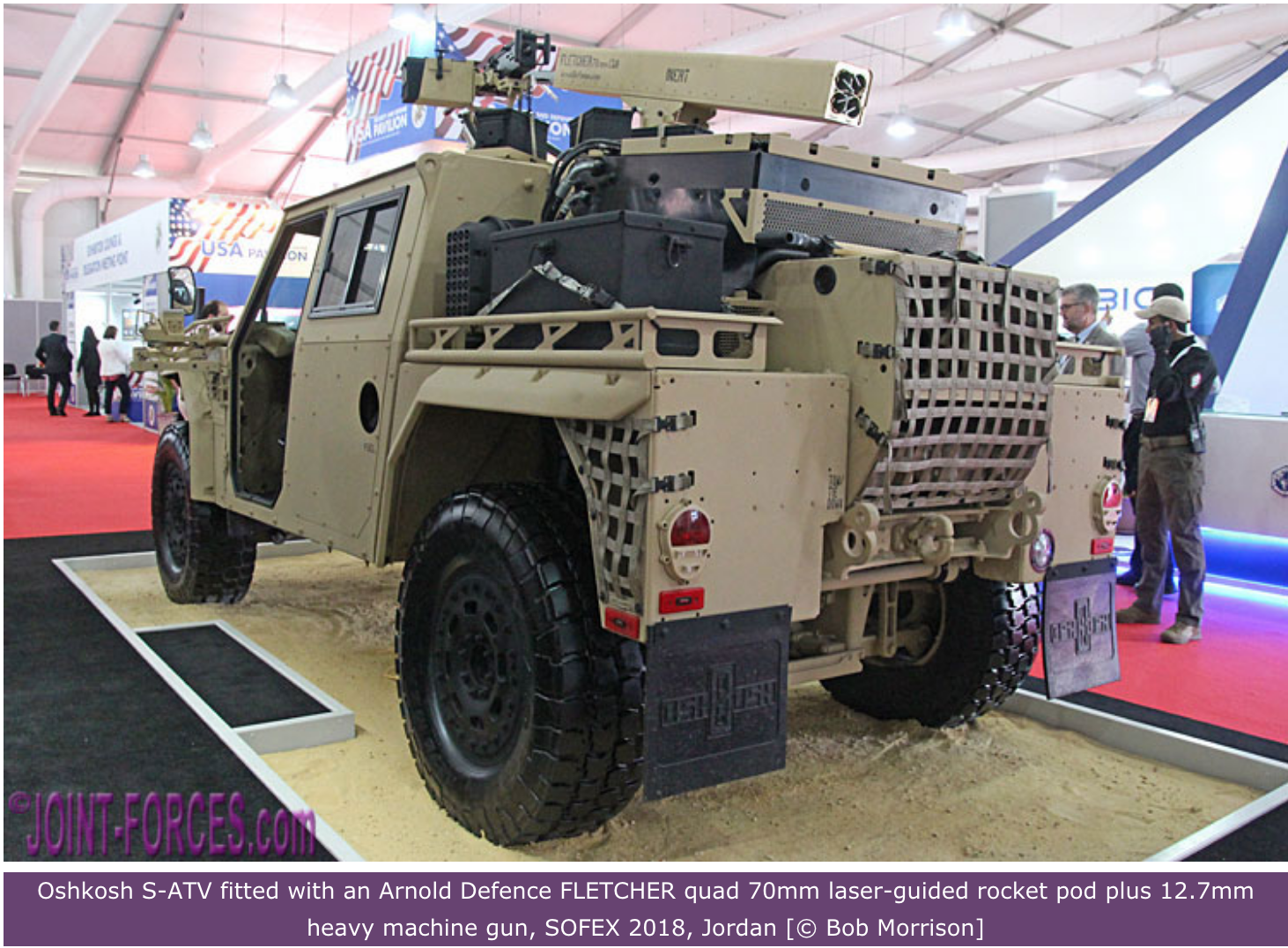 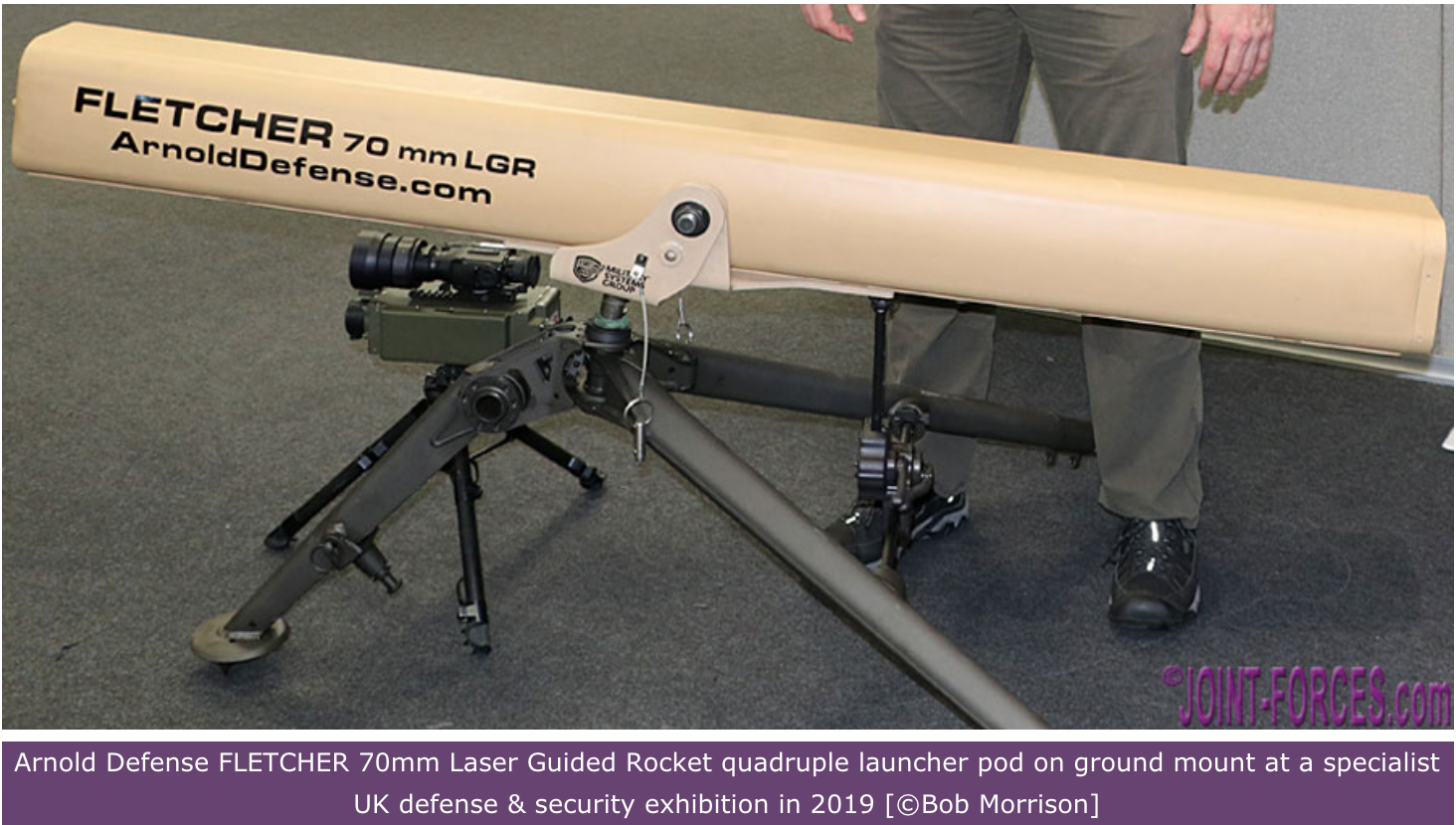 Overall it will be interesting to see how they end up employed, and which vehicles they end up mounted on.

The concept itself seems pretty ideal for the sort of 'Long Range Desert Patrol' type irregular warfare we see in Syria, Africa, Libya, where there are wide open, flat areas, and sometimes unreliable air support.

I could also see the Fletcher serving as sort of 'Coax' for Auto cannons on IFV / AFV's in lieu of the typical Coax ATGM, for use in urban applications where more punch then the AC is required.

And the tripod launched version would allow dismounting the Fletcher from a vehicle, and hauling it up top of a hill, to threaten a wide area of approach.

0
ReplyToggle Dropdown
Msg 2 of 3 to gatnerdgatnerd
In reply toRe: msg 1

Will be interesting to see if more get bought in a couple years.

0
ReplyToggle Dropdown
Msg 3 of 3 to roguetechieroguetechie
In reply toRe: msg 2

Will be interesting to see if more get bought in a couple years.

Interesting to know the time of flight is, and to what extent it isn't line of sight, given the size of the motor. It's looking more like a low brow Milan than anything else.