I can see why that is  problem for deliberately aimed single shots, however it may not be a bad effect for a machine gun burst against a fleetingly exposed target. It probably explains the interest in application to 20 mm (aircraft Vulcan cannon usage?) rather than small arms ammunition.

0
ReplyToggle Dropdown
Msg 134 of 143 to taschoenetaschoene
In reply toRe: msg 132

Would be interesting to learn what the Swedes claimed. Is it improved over other 1970s base bleed designs or really over conventional projectiles? But the linked article is behind a paywall.

Yeah, I'm curious too (I can't see it either). That claim does run counter to most other sources I can find.

You can definitely find tons of patents for improvements on BB technology to limit the dispersion problem.  But AFAIK, not many claim they can do better than a basic boat-tail.

I can see why that is problem for deliberately aimed single shots, however it may not be a bad effect for a machine gun burst against a fleetingly exposed target.

The severity of the problem is not linked to the volume of fire. A machine gun firing full auto with a less acurate round will need to expend more rounds to score a hit or the required hits to damage the target.
Its less of a problem for artillery because the shells are used to deliver a payload with area effect. If the increase in dispersion is not big enough to put the round so far of target the targetet area of effect of a typical fire mission will be of the target area the increase in range is worth the loss in accuracy. Its all about statistics. It might even be worth the have the range increase if the number of shells for an effective fire mission has to be doubled when using base bleed. Keep in mind that the dispersion of conventional shells that will still be used when the maximum range is not needed will be unchanged. Artillery units have little problems with handling different types of ammo for special purposes.
Again this is a major problem for direct fire frontline units. Especially if they use rapid firing automatic weapons. Handling more than two types of ammo is generally concidered not woth the hustle.
For direct fire weapons BB is only intresting if the influence of MV is a more critical for the chance to hit than dispersion. Which can be the case but usually its only under specific circumstances.

0
ReplyToggle Dropdown
Msg 137 of 143 to taschoenetaschoene
In reply toRe: msg 135

Yeah, I'm curious too (I can't see it either). That claim does run counter to most other sources I can find. You can definitely find tons of patents for improvements on BB technology to limit the dispersion problem. But AFAIK, not many claim they can do better than a basic boat-tail.

Well its not unreasonable that the problem of ignition and even burn was solved. I would argue it could have been done allready in the '70. But most likely the cost per shot would have been prohibitive.
Basically a BB gas generator is a slow burn rocket or a fast burn tracer. Depending upon details and approch. The fast burn tracer is most likely cheap and simple but will produce the problems with ignition and even burn. Just as tracers do.
A rocket on the other hand can be controlled very precisely. This was allready the case in the '70. But its more complex and more expensive.

My guess is they successfully managed to combine the advatanges of both approches into one to get the advantages of both.

In addition a lot of problems with dispersion, deviation, uneven burn, loose or tigh fitting are not due to physics or technical problems. For mass products like munitions if often the manufacturing and quality controll. If you have these under controll and establish the proper processes and methods all of a sudden things that seemed not to work or problematic become nice and simple. But it takes the will to spend money and invest in production and QM. Which often is not there. Once R&D is done ofte the assumption is that if the design is handed over to production the mass produced item will automatically perform exactly and be build exactly to the same specs as the manually build prototypes. Which is a very, very bad mistake. The Swedes have traditionally very good process and quality management. They also have a high class industry that is working to very high standards with modern methods. To me it makes perfect sense that they managed to pull it off if they really have put their mind to it and invested resources.

1
ReplyToggle Dropdown
Msg 138 of 143 to mpopenkermpopenker
In reply toRe: msg 117

mpopenker said:  "US could make problems out of thin air even when presented with a complete and well-established design, just google up T-24 machine gun, or a more recent Century Arms AK-47 ;)"

I've worked around the U.S. aerospace industry for the past 40+ years and find your comment to be a massive understatement.

I've worked around the U.S. aerospace industry for the past 40+ years and find your comment to be a massive understatement.

I have similar experiences.
Most likely its true for every point in time trough all of human history regardless of place and culture. As soon as bureaucrats and politicians get involved things often go south.
The difference is in how transparent such happenings are and how they are comunicated. 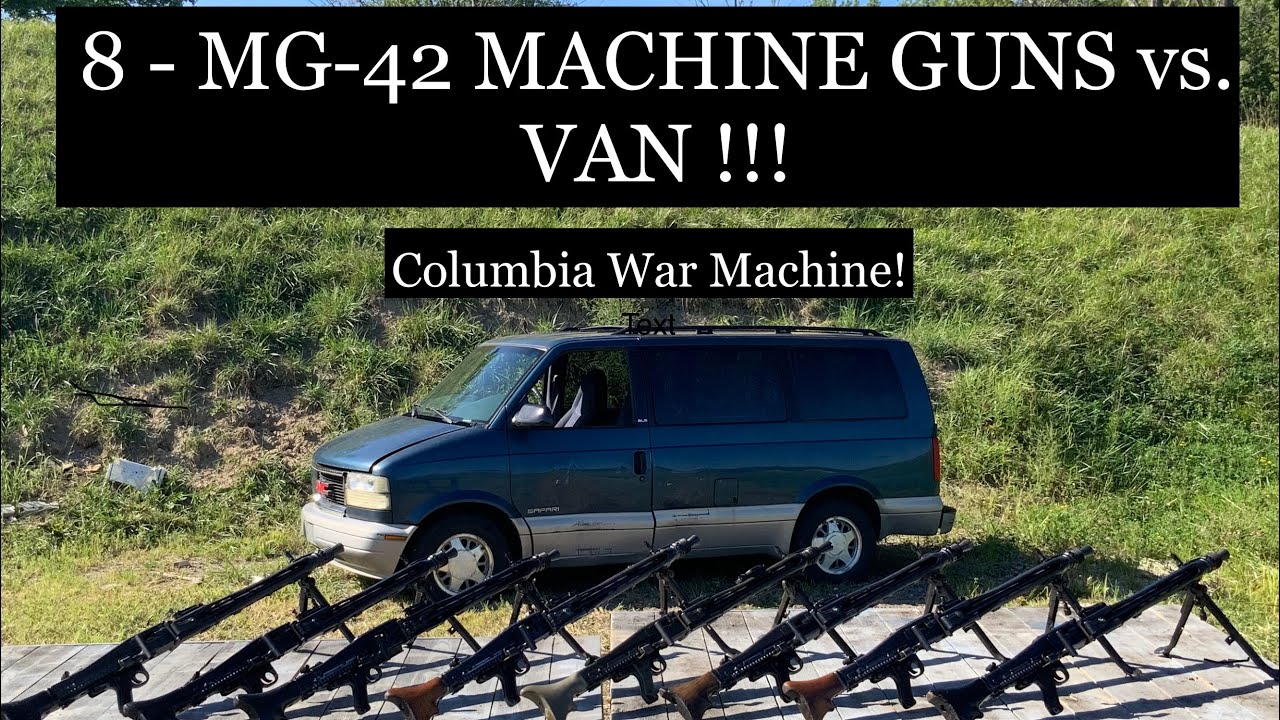 3
ReplyToggle Dropdown
Msg 141 of 143 to stancriststancrist
In reply toRe: msg 140

1
ReplyToggle Dropdown
Msg 142 of 143 to stancriststancrist
In reply toRe: msg 140

I heard a machinegun owner refer to this as "how to turn money into noise and smoke" (and in this case, fire).  Just watching that video caused a significant pain in my wallet!