The mk108 or something like the 108 is indeed interesting...

Yeah its very compact for an AC.

In terms of warhead size, it also launches a 330g shell, which is nearly the payload of the 30x173mm. So for a HEDP Airburst or HE-Frag load it would outperform 30x113, albeit with less overall range / longer time of flight.

0
ReplyToggle Dropdown
Msg 15 of 82 to gatnerdgatnerd
In reply toRe: msg 13

This 'CROWS-J' Javelin co-ax is what the US Army did to boost the firepower of many of its Strykers...

A logical way to boost combat power.  Glad to see it happening.

I proposed Javelin as IFV armament a quarter of a century ago.

1
ReplyToggle Dropdown
Msg 16 of 82 to roguetechieroguetechie
In reply toRe: msg 12

The mk108 or something like the 108 is indeed interesting... Or just something really cheap that can fire 30x113, that would work too.

An extract from my forthcoming Autocannon book might be of interest:

30MM MF: 30 × 113B AMMUNITION. The US company Suppor t Weapons Corp (SWC) announced in 1991 that it had developed the MF 30mm cannon, which fires standard ADEN/DEFA rounds and therefore uses electrical priming. It is recoil-operated, fires from a locked bolt and can operate in semi-automatic (closed bolt) and fully automatic (open bolt) modes, at firing rates up to 450rpm. Ammunition can be fed from a belt, a 10-round box or a gravity-feed system mounted on top of the gun. Peak recoil was stated to be similar to the .50 M2, achieved by an unspecified recoil-spreading system, and the gun was designed for use on standard .50 M2 and 40mm MK19 mountings. It was said to weigh less than 50kg and to be 170cm long. Successful firing trials were said to have taken place attached to an ultra- light aircraft.

The MF 30 will fire any ADEN/DEFA ammunition including the LW30 range developed for the M230. One interesting variation is that it was also designed to fire a specially-developed ‘mortar’ round in conjunction with an SWC ground mount which permitted firing at 45o. This round (in development at that time) was intended to contain just enough propellant to cycle the action, allowing a much longer and more destructive HE/Frag or HEDP shell to be fired.

1
ReplyToggle Dropdown
Msg 17 of 82 to stancriststancrist
In reply toRe: msg 15

That’s awesome Stan. You were very ahead of the times - proposing both Javelin plus 30x113mm. Both of which are now coming to fruition.

I wasn’t aware of the ASP; looks like a cool system / possibly the better gun then the M230lf:

0
ReplyToggle Dropdown
Msg 18 of 82 to autogunautogun
In reply toRe: msg 16

Peak recoil was stated to be similar to the .50 M2, achieved by an unspecified recoil-spreading system, and the gun was designed for use on standard .50 M2 and 40mm MK19 mountings. It was said to weigh less than 50kg and to be 170cm long. Successful firing trials were said to have taken place attached to an ultra- light aircraft. The MF 30 will fire any ADEN/DEFA ammunition including the LW30 range developed for the M230. One interesting variation is that it was also designed to fire a specially-developed ‘mortar’ round in conjunction with an SWC ground mount which permitted firing at 45o. This round (in development at that time) was intended to contain just enough propellant to cycle the action, allowing a much longer and more destructive HE/Frag or HEDP shell to be fired.

Both that cannon and the ASP mention having recoil comparable to the M2 .50. Whereas when we see videos of the M230LF firing, its rocking vehicles on their shocks... shame these reduced recoil 30mm AC's didnt catch on.

That 30mm 'Mortar' round sounds super cool. Any idea of what the shell weight was? Was it larger then the 30x90's 330g shell?

In terms of the Javelin, the newest model, recently released, is the Javelin-F.

The F model has equal or better Anti-Tank ability then the previous Jav, while also adding a Blast Fragmentation sleeve to warhead, which reportedly doubles its effectiveness against infantry and soft targets.

The US has ordered some 2k F models this year, and that is likely the one that would be loaded onto the new Strykers.

As a firepower booster for Boxer/Stryker/other AFV's, its pretty awesome. It turns the poodle shooter .50 RWS into a viable tank buster, while also having serious effects against infantry or buildings.

0
ReplyToggle Dropdown
Msg 20 of 82 to gatnerdgatnerd
In reply toRe: msg 18

I have no further info on the MF 30 ammo.

Recoil of the MK 108 is not easy to compare because of the recoil-smoothing effect of the API blowback mechanism.

Thanks for the responses. Going back to my original post, the US Army is adopting Northrop Grumman's new SkyViper 20x102 mm cannon. What's interesting about this is that it'll be dual-feed with new AP and HE ammunition natures. I also hear that they are looking at lightweight steel and polymer cases. In which case, Stan's observations about ammunition weight relative to 30x113 mm become otiose. The existing 20x102 mm APDS round already has superior penetration to 12.7x99 mm BMG. The existing point detonation HE round is also good. In other words, could ammunition development transform this calibre and make it relevant to today, not only for mounting in aircraft, but also for armoured vehicles to engage infantry, other light vehicles and aerial targets?

The question is what would 20x102 mm give you that 30x113 mm cannot? I think there are three potential advantages:

2. Better performance against aerial targets due to higher velocity and higher rate of fire (crucial for engaging drones / UAVs)

3. More ammunition carried for the same weight than 30x113 mm

The one advantage of 30x113 mm is its Proximity air burst ammunition. This has a lethal burst radius of around 3 metres. If it were possible to develop a 20x102 mm Prox round, I suspect the lethal burst radius would be 2 metres. This would not be as good, but might be enough to kill a drone, especially when fired in bursts of 5-10 rounds.

If the collective view here is that 30x113 mm is superior, why is 20x102 mm being considered by the US Army? 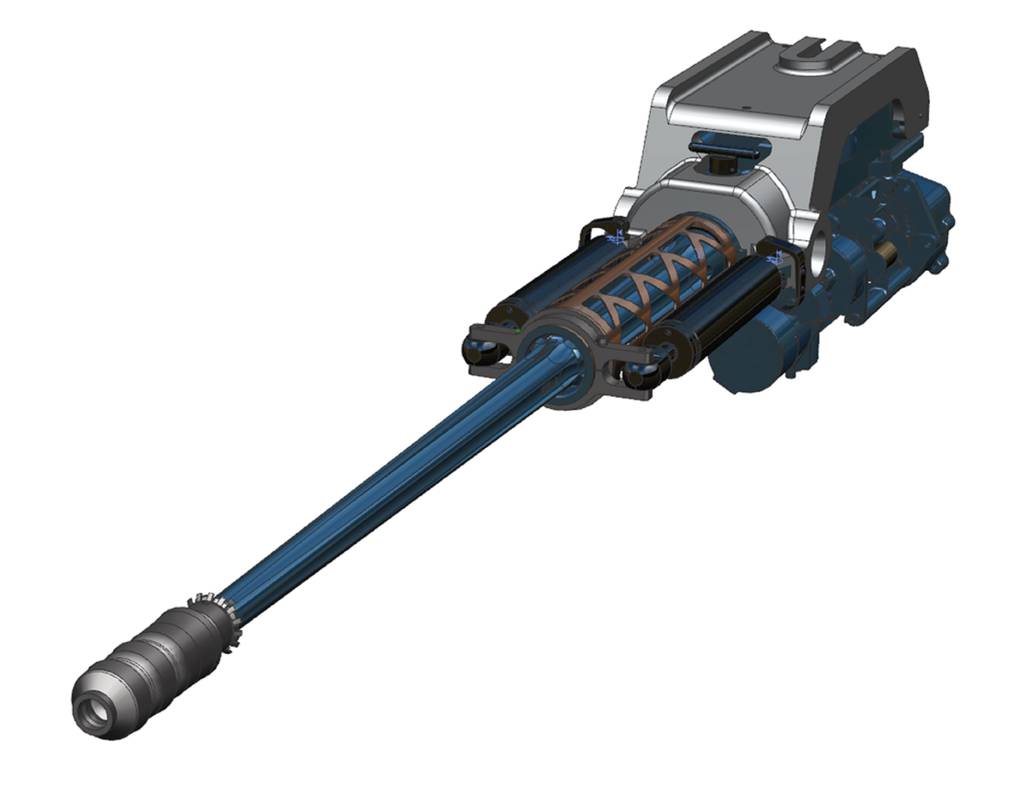 in the FARA attack and reconnaissance helicopter and is choosing this calibre over 30x113 mm.

0
ReplyToggle Dropdown
Msg 22 of 82 to autogunautogun
In reply toRe: msg 11

The best 20x102 rounds for penetration will be the APDS developed for the naval Phalanx anti-missile system. The current MK244 as used in the Phalanx 1B looks interesting: it fires a 104.5g 14mm projectile at 1,100 m/s, from longer "optimised gun barrels".

I stumbled across this when looking up '20x102mm penetration' and thought you might like it if you dont have this info/pics already for 'Autocannon.'

Today we have the main 3 generations of APDS 20x102mm (Armour Piercing Discarding Sabot) projectiles used in the US Navy Phalanx Close In Weapons System, from left to right;

The DU cored projectiles were favoured early on in the 80’s for their high armour piercing capabilities and density, which also included an earlier but identical black sabot projectile, the Mk149 MOD 1 (which I unfortunately do not have an example of). The cores were approximately 12mm in diameter and 49mm long. This size would be kept with the later white sabot projectiles as well.

However, it was realized that firing thousands of DU cores into the ocean was not ideal and with the next update came the white sabot Tungsten core Mk149 MOD 4. This removed the DU problem while still retaining density and penetration power to targets. Eventually this design too would be updated with the next iteration.

With the latest update came the Mk244 MOD 0 “ELC” or Enhanced Lethality Cartridge. This kept the Tungsten core, but took advantage of the “empty space” taken up by the sabots and increased the core size from 12mm to 15mm in diameter.

Now some might ask, why use APDS ammunition to destroy missiles, instead of the normal explosive projectiles? Since the Phalanx is a last-ditch effort to destroy incoming missiles targeting the ship, the idea is to destroy as much of the missile as possible without causing a secondary explosion of the missile's warhead. The Tungsten cores punch holes through the missile, tumbling after initial impact and tearing the missile apart, eventually leading to structural failure or disintegration of the missile, all (hopefully) prior to impact.

I came across this very interesting graphic: 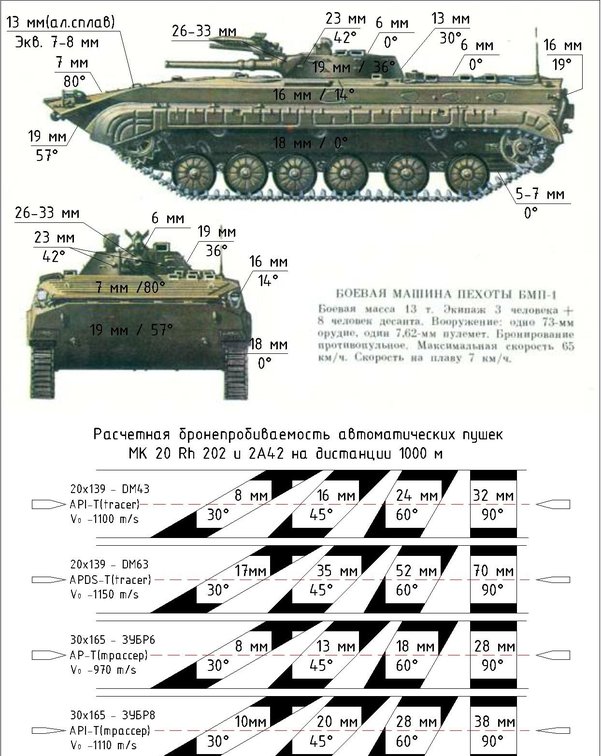