My understanding is that they are tired of having to retightening the bolts on the chopper after using the 30mm cannon. Less maintenance time.

0
ReplyToggle Dropdown
Msg 32 of 82 to FarmplinkerFarmplinker
In reply toRe: msg 31

My understanding is that they are tired of having to retightening the bolts on the chopper after using the 30mm cannon. Less maintenance time.

That would be pretty weird, you'd imagine they'd have figured out some sort of Locktite like solution there in the last 40 years?

0
ReplyToggle Dropdown
Msg 33 of 82 to gatnerdgatnerd
In reply toRe: msg 32

Werent they considering the caseless Rmk30 for the tiger..

Can choppers use APDS or is it still too risky

Can choppers use APDS or is it still too risky

The AH-1's M197 is cleared to fire MK149 (Phalanx) APDS ammo. I presume that the reasons are connected with the low mounting of the gun compared to the engine intakes, and the fact that the downwash from the rotor will push the sabot pieces even further away.

0
ReplyToggle Dropdown
Msg 35 of 82 to autogunautogun
In reply toRe: msg 34

Maybe there is more of a push for USMC AH-1 to be able to use the same ammo as the Phalanx system since USMC helos would spend a lot of time riding on USN amphibs.

In terms of the .50 + ATGM option, Slovakia and Denmark will be fielding Kongsberg Protectors with M2's + Spike LR2 missiles.

Slovakia will use them on their JLTV's, while Denamrk will be mounting them on Eagle and Piranha vehicles. 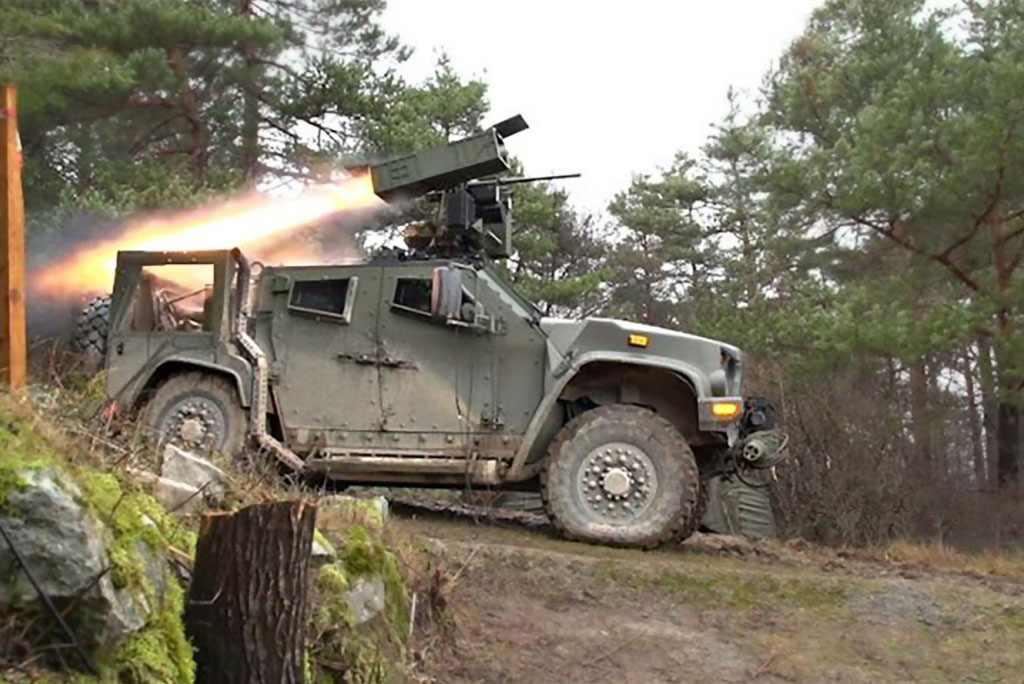 Spike LR2 is like a Javelin / TOW hybrid with a 5.5km range. It has the fire and forget, top attack, tandem warhead of the Javelin. But then it also has a built in fiber optic cable like the TOW, allowing it to be wire guided to attack targets that are beyond line of sight. The later option means the JLTV/Boxer etc could be hiding behind a hill, and using a drone to spot an approaching IFV, then guide the missile onto target using the fiber optic cable.

0
ReplyToggle Dropdown
Msg 37 of 82 to gatnerdgatnerd
In reply toRe: msg 13

Short term, I think probably the fastest, cheapest, and most bang for the buck option would be to retain the .50 RWS, and simply mount a coaxial missile system.

Reportedly the RWS on the UK Boxer is capable of mounting the Javelin missile.  https://youtu.be/228BDPppgHg?t=295

0
ReplyToggle Dropdown
Msg 38 of 82 to stancriststancrist
In reply toRe: msg 37

Yeah, I think its pretty much a no-brainer to add to any of these vehicles with a RWS. RWS provides an excellent aiming sensor, and since you no longer have a guy standing through the roof to run the M2, its perfectly safe to have a missile launched from up there.

And I have to imagine bolting a Javelin to the RWS is cheaper and easier then fitting a proper turret and 30x173mm cannon.

0
ReplyToggle Dropdown
Msg 39 of 82 to gatnerdgatnerd
In reply toRe: msg 38

Totally agree.  I do have one question about the RWS concept, though.

With a cupola mount, the M2 can be fairly quickly reloaded by the gunner while he remains at his position behind the gun.

(Notice that the weapon is reloaded with a belt of SLAP ammo, which is clearly recognizable if the video is paused @ 3:19)

With a RWS, however, reloading is a two-man operation, requiring both individuals be completely exposed for a long time.

Exposure times during reloading would be even worse with the 20mm and 30mm cannons in the OP.

Since such prolonged exposure to enemy fire would be untenable, how do armies plan to handle this?

Break contact and withdraw to a safe area to reload?  Or do they expect to never "go black" on ammo?

1
ReplyToggle Dropdown
Msg 40 of 82 to stancriststancrist
In reply toRe: msg 39

Since such prolonged exposure to enemy fire would be untenable, how do armies plan to handle this

Wikipedia's artticle on the US version of kongsberg's RWS, the CROWS, lists the following:

The control group mounts inside the vehicle (behind the driver's seat on the Humvee). It includes a display, switches and joystick to provide full remote control of the weapon system. This enables the fighting crew to operate from inside armored combat vehicles, while still maintaining the ability to acquire and engage targets.[3] Its camera systems can identify targets out to 1,500 m away, and the mount's absorption of about 85% of weapon recoil delivers an estimated 95% accuracy rate, as well as the ability to track targets moving 25 mph (40 km/h). Large ammunition boxes enable for sustained firing periods, carrying 96 rounds for the Mk 19, 400 rounds for the M2, 1,000 rounds for the M240B, and 1,600 rounds for the M249. Each CROWS costs $190,000.[4]

If it is indeed carrying a belt of 400x .50's that would be a fairly tremendous amount of ammo. Especially with the hopeful increase in accuracy / hit probability that the RWS would offer.

A bigger issue I think is reloading the ATGM, as thats a) likely more important b) a single shot.

I could see in the future, especially if the use of APS anti missile systems become more prevalent, the creation of either a quick change ATGM or ideally a multi shot mount.