Latest 18-May by TarheelYank

speaking of the .300blk mp7 thing, how will they fit in? a wacky catridge?

0
ReplyToggle Dropdown
Msg 30 of 36 to gatnerdgatnerd
In reply toRe: msg 27

Meh.  Other than reductions in blade length, today's bayonets are essentially unchanged from those of 125 years ago.

And the standard US fragmentation grenade was adopted more than half a century ago. 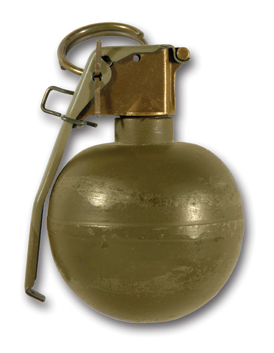 The "stagnation" is a symptom of technological maturity.  Once a weapon type reaches that stage, major changes stop.  From that point on, all you get are refinements.

Take handguns, for example.  Two centuries ago, the standard service pistol was a single-shot muzzleloader.  A major change occurred with development and adoption of revolvers, which were in turn replaced by magazine-fed semi-automatic pistols.  At which point stagnation set in, and the refinement stage took over.  Today's M17 pistol is fundamentally no different than the M1911 that entered service before WWI.  The M17 is lighter due to the polymer frame, and has larger magazine capacity because of the smaller cartridge, but those are refinements, not major changes. 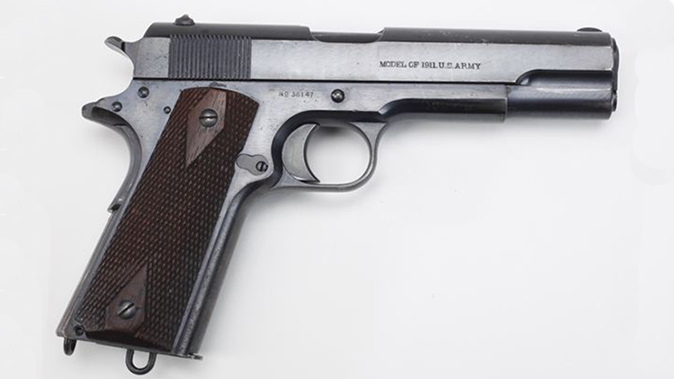 And there is the infantry rifle.  It was the subject of major revolutionary changes very similar to those of the service pistol.  Then in the 1960s, technological maturity was reached, and since then we've been in the refinement stage.  Today's M4 carbine is nothing more than a refinement of the Vietnam-era XM177.

There is no reason to develop a new .50-caliber machine gun.  The M2 Browning works just fine in the roles it's employed in. 0
ReplyToggle Dropdown
Msg 31 of 36 to RovingPedantRovingPedant
In reply toRe: msg 25

I actually really like shooting 249's, mostly because they like me and for whatever reason I'm unreasonably good with them.

As far as the abortive replacement programs thing goes though, the 249 didn't even best it's initial competition cohort. It was instead picked over the actual winner because "the army felt it could trust FN more".

It was neither the cheapest nor the best gun in the competition and was picked anyway on some very thin grounds that were retroactively justified by it's weakest feature and ostensibly because the gun that should have won "didn't perform well in the final competition".... Or that's what we're told.

I have long maintained that the gun which should have won could be rebooted, very slightly altered to suit modern needs, (in the most minimalist version of this you literally weld a pic rail to the top and you're done. You even have continuous top rail and faster reloads as well as evolys or better weight in a gun that's closer to the cost of an AR-15 than an m249) and replace not only the 249 but also the mk46 mk48 and the entire 240 range with single gun that's convertible between 5.56 and 7.62/6.8/6.5 creed.

I know people don't believe me, I'm not going to stop saying it, and I've started the long slow process of getting myself to the point where I can just build one to prove my point. Naturally a crazy American basement mad scientist build is less than ideal, so if anyone knows a manufacturer or two who wanna help I'm all ears lol.

Now back onto the subject of people criticizing FN and whether it's justified or not.

In my opinion, this was settled rather conclusively and very unsatisfactorily with the m240L situation.

What are the facts of the m240L situation?

1. FN's version of the 240L was "lightened" by making the gun much more expensive while at the same time drastically curtailing receiver and parts life, matter of fact we don't even know how bad because the 240L still isn't meeting the minimum life's on parts or receivers the contract gun was supposed to have.

2. This same issue plagues the mk48

3. They're constantly getting a slow drip of money from the army every year to essentially bring their gun up to the minimum standard of drastically reduced life the government decided was acceptable.

4. MEANWHILE Barrett has a version of the m240L which has the same receiver and parts life of a 240 bravo or golf while being at minimum COMPARABLE in weight to the 240L!

5. Barrett's version also reduced overall parts count and unit cost compared to a legacy 240. Yes it costs less per gun than even a plain Jane 240.

6. Barrett has an LWS version of their 240L which while heavier than the weight FN states the mk48 is (FN lies it's ass off about the weight of their guns and has been doing so since the SAW comp at least) I've been told by someone who has held an LWS and a mk48 is very comparable.

7. I have to bring this up again because it's important, Barrett's L and LWS both have receiver and Individual parts life competitive with normal 240's which have around 4x as much "on paper" stated round count life as the FN 240L and mk48 are SUPPOSED TO HAVE but can't even meet that requirement.

8. The Barrett LWS and L Don't sacrifice nearly as much in feature set like ease of tripod or etc mounting in the process of being "lightweighted" like the FN guns do (gee yet ANOTHER shenanigan they also pulled as far back as the SAW comp!)

When you look at this list and really internalize it, it becomes pretty obvious that the criticism of FN is very valid and coming from a place of legitimate frustration and anger at a company that has abused it's "captive markets" rather severely for a rather long time.

What's even more frustrating is that the army, citing FN's performance on the 240L and mk48, handed FN a no compete contract to "lightweight" the m2a1.

Now when we look at all this in aggregate, I think it would be foolish of us to just take FN's word for anything on the evolys (especially weight lol) a gun they abandoned the parents for at one point for at least a year or two.

0
ReplyToggle Dropdown
Msg 32 of 36 to gatnerdgatnerd
In reply toRe: msg 26

The one thing I'd caution you on is accepting FN provided weights for it's own guns...

They have a track record of not being anything resembling honest about gun weights going back a long time.

Additionally, depending on how much of which types of 3d metal printing the evolys needs the physical number of evolys FN could reasonably build in a year could be very constrained.

We've seen exactly that issue with Delta P and managing to print enough cans for the ngsw competition let alone if a Delta P can WON.

0
ReplyToggle Dropdown
Msg 33 of 36 to BruhMomentoBruhMomento
In reply toRe: msg 29

Extremely clever geometry combined with a spring powered lifter in the magazine follower. This technology has sorta proven itself in the longziz 2 universal AR mags which did work.

I think there could be an easier and better way to do it though. It will be at least a year before I can possibly be in a position to test the 3 ideas I have on even just a proof of principle nonfiring test object, but it's on the list of things to mess with.

I'm not so much endorsing the Caleb Crye design itself as I am endorsing the idea that maybe we can do something unconventional that wasn't necessarily possible/realistically manufacturable in any quantity until recently. I think that sort of thinking itself has potential to give us things that were impossible previously.

0
ReplyToggle Dropdown
Msg 34 of 36 to roguetechieroguetechie
In reply toRe: msg 32

They're building new 3D printers everyday, Rogue. Heck, fiddle with the TDP, and the company I work for could 3D print casting cores and molds if you wanted to investment cast components!

0
ReplyToggle Dropdown
Msg 35 of 36 to BruhMomentoBruhMomento
In reply toRe: msg 29

0
ReplyToggle Dropdown
Msg 36 of 36 to FarmplinkerFarmplinker
In reply toRe: msg 34

Oh sure, but it really depends on internal geometry stuff we don't know about the evolys.

And as I've laid out in my case, I think it's unwise to give FN the benefit of the doubt all things considered.

I think to a degree we need to figure out what exactly we need before we can start closing in on an ideal solution too.

I have some personal thoughts on what we actually need, but other people will inevitably think differently.