25mm OCSW round had both range an ability to penetrate armor  , Rifle granades have punch but are hard to aim at any real distance 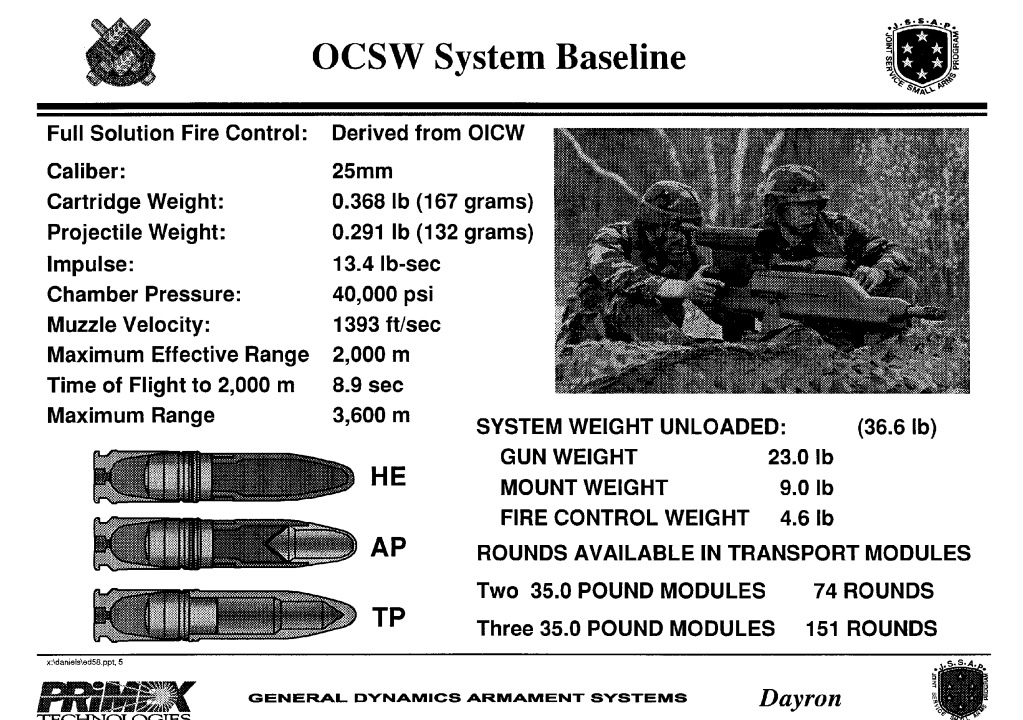 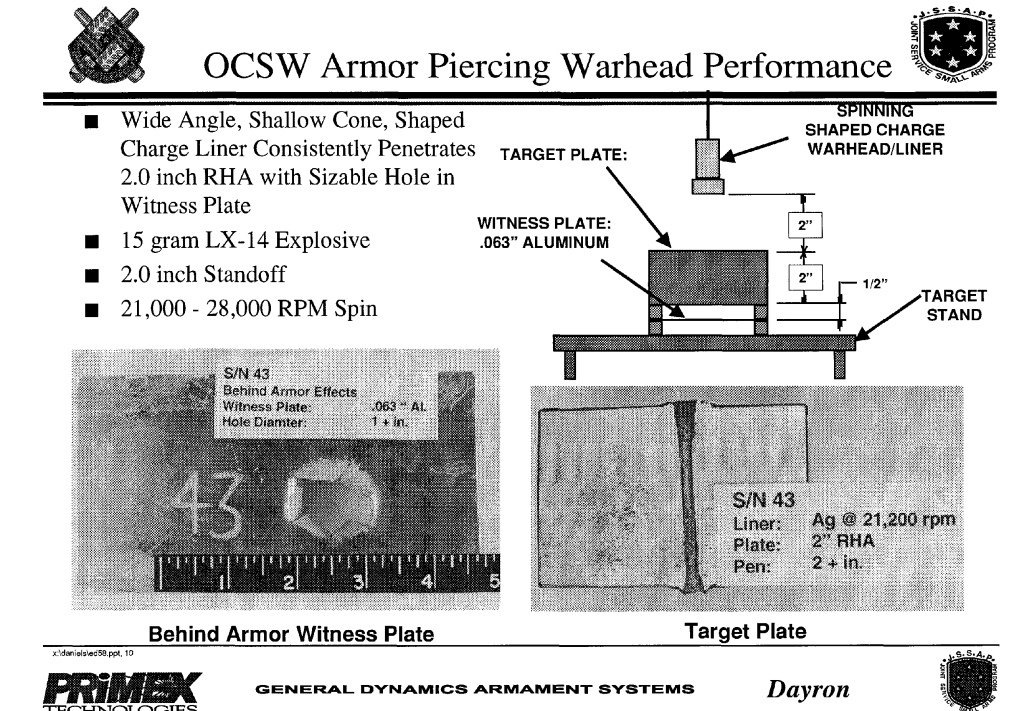 It looks like the system you are showing is a crew served weapon.

Wouldn't a better comparison be to the 25 mm individual weapons ?

A modified Barrett rifle firing OCSW ammunition was tested but ultimately not adopted.

0
ReplyToggle Dropdown
Msg 105 of 233 to grayliongraylion
In reply toRe: msg 103

OICW fired 25mm grenades but they were lighter and slower than the ones fired by OCSW - not unlike individual and crew served 40mm grenade launchers.

2
ReplyToggle Dropdown
Msg 106 of 233 to renatohmrenatohm
In reply toRe: msg 105

pe. OICW fired 25mm grenades but they were lighter and slower than the ones fired by OCSW - not unlike individual and crew served 40mm grenade launchers.

Goodness. did the US ever envision a situation where logistics might be a bit stretched possibly?

0
ReplyToggle Dropdown
Msg 107 of 233 to renatohmrenatohm
In reply toRe: msg 105

The individual weapon was a low velocity 25 X 40 mm.

Like with the 40 mm grenades the bigger one has much better range.

The 25x59 grenade was (is) much better. Higher velocity, HEDP availability, base fused, near double HE capacity.

The Barrett payload rifle (XM109) was a great solution to the perceived need that led to NGSW, but 1. it had a lot of recoil, noise and overpressure for the firer, 2. It didn’t look like what the Army thought they wanted at the time Barrett proposed it.

My only potential beef/question on rifle grenades: can you actually get most troops to actually use them?  Is there a way to mitigate the recoil?  Or is everyone just a wimp but France, Japan, and some plucky Balkanites?  My impression is that while RGs are vastly more efficient in terms of payload delivered, most militaries have gone the 30-40mm tube route because rifle grenades are just so unpleasant to shoot.

The situation with rifle grenades is pretty simple. With more than 50% of the "West" defense budget, the US is setting the trend in weapons & ammo. Once the US Army switched to the 40 mm LV grenade system, US manufacturers gradually stopped producing RGs, other armies that are buying goods thru FMS process switched to 40 mm LV system, and the industrial base of manufacturers followed this trend.