Why isn’t Michael Vick in prison?

Not another designer breed

Really? This dog is the victim?

What is a dog?

Call out for volunteers and donations for burnt koalas

Why isn’t Michael Vick in prison?   Controversies, Catastrophes and Teaky Moments (Enter at your own risk) A woman started a petition on change.org calling for the NFL to take back the honor. Is Michael Vick sorry? Or sorry he was caught? - Dogtime

America is torn apart, and it's not about health care reform, the wars overseas, the Yankees or the Red Sox. Our nation is entrenched in a hot debate over whether Michael Vick deserves a second chance. I watched Michael Vick's press conference 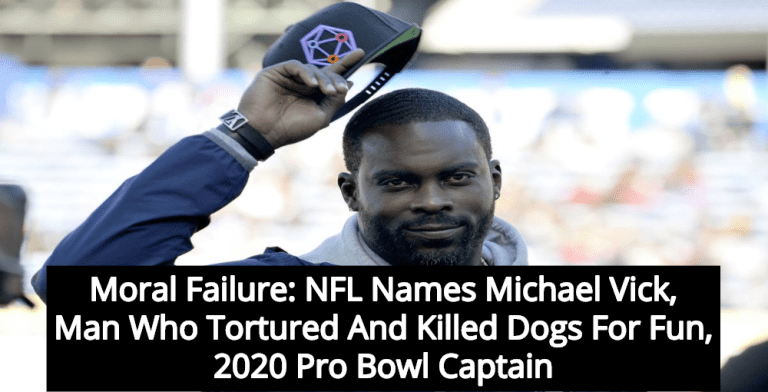 Michael Vick gets a bad rap.

0
ReplyToggle Dropdown
Msg 5 of 42 to Solitaire13Solitaire13
In reply toRe: msg 4

Why? You like him?  He is half the reason our shelters and streets are overrun with pits. People thinking they were doing a good thing.

Lobbying humane organizations did that.

0
ReplyToggle Dropdown
Msg 7 of 42 to Solitaire13Solitaire13
In reply toRe: msg 6

Michael Vick did not get busted for dog fighting until 2007.

Pit Bulls became the number one breed to kill humans in the early 2000's.

Humane organizations battled for years, picking off state by state, to make dog fighting a felony and the mission was finally accomplished in its entirety by 2008. All of that was not accomplished in a year it took a decades long campaign.

It was the humane organizations that later brought Pit Bulls into favor not wanting to euthanize these dogs genetically bred to fight and kill their own kind when there was a bust. It was them that began to portray these natural born killers as pets.

Vick would come later. His role in the Pit Bull problem was to catapult dog fighting into the media and reaching a segment of the population who up unto that point, were largely unaware of dog fighting. These people were sports enthusiasts, football fans. I remember well that the consensus among many sports enthusiasts was to support Vick for being the exceptional athlete that he was. Their support never wavered as evidenced by his status today.

I was asked if I support dog fighting.

I believe that when you get a dog, you need to do your homework. Most dogs are purpose bred to display various genetic traits. An owner has a responsibility to provide for those traits. IMO, not providing an outlet for a dog's drives is where most problems with dogs begins.

Retrievers are easily satisfied with swimming and retrieving balls. German Shepherds can satisfy their drives herding sheep or doing bitework. Terriers can do well with barn hunts. Greyhounds can do well with lure coursing. You have to address these drives in order to humanely own these breeds. What does one do to satisfy the drives of a breed that has been genetically bred to fight and kill their own kind? To not let them act on their drives is as cruel and inhumane to them as it is to any other breed of dog.

0
ReplyToggle Dropdown
Msg 10 of 42 to Solitaire13Solitaire13
In reply toRe: msg 9

So they should not be bred at all.