Dlila made a new friend today!

How do people ignore this?

Have we gone too far? Ultra high prey drive

German Shepherd The King is my best friend illustration

I play hide and seek with my German shepherd

Don't worry, be happy    Controversies, Catastrophes and Teaky Moments (Enter at your own risk) 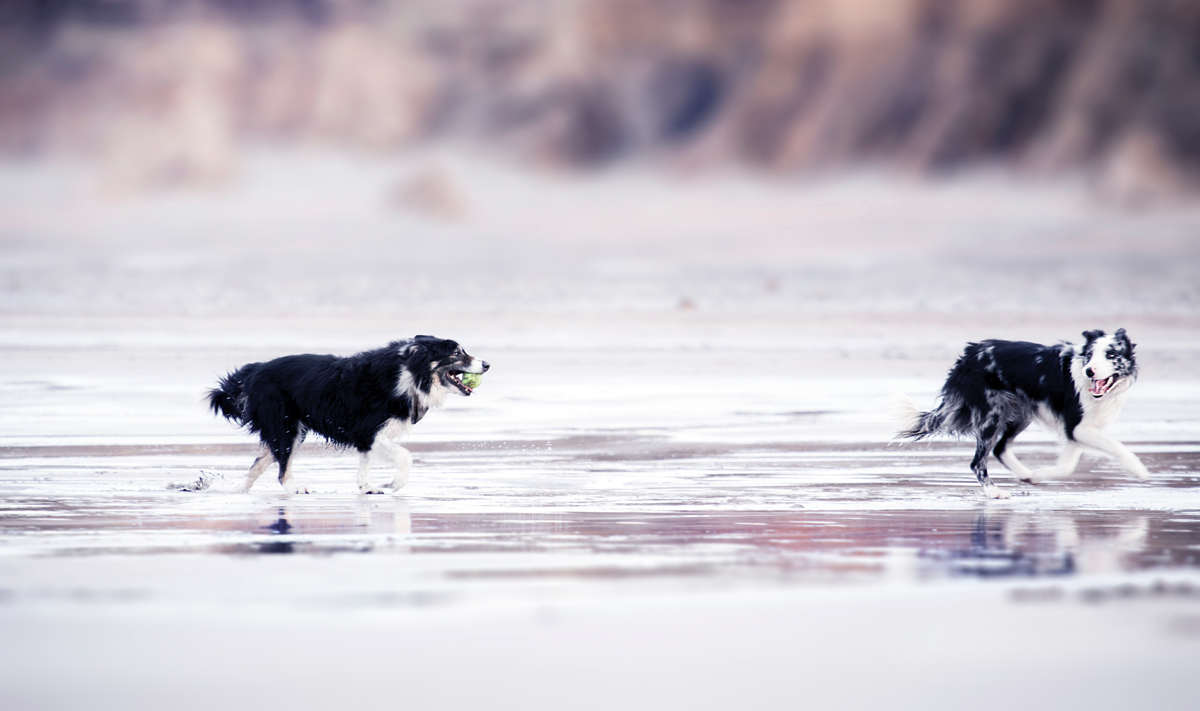 Why Dogs' Happiness, Not Obedience, Is What Counts

When we focus on making dogs happy, it's better for them and us.

I like parts of the article and some of the intent behind it, but I don’t like how it was written.

Just recently I realized some of the reasons so many dogs are probably jerks. All they ever get is an on leash walk and that’s it, maybe left outside in their fenced in backyard (that’s supposedly a necessary to be a good owner

A lot of dogs are not having their needs met, but at the same time you can’t just let your untrained dog off the leash to let it run free and wild through town. There’s a balance and some training involved and part of that depends on who owns the dog and their life situation.

I don’t live directly next to a busy road and have large open areas. So starting as little puppies I can have my dogs off leash and used to following and responding to me. I don’t have a fenced in yard so I have to take them outside regularly myself, not just give them a doggy door or have them out in yard. Having them offleash like that and able to run offleash is a huge thing, they’re happy and it’s a balance between obedience and just letting them be dogs.

There’s also a place for aversive tools and some dogs respond beautifully to them and have very positive reactions to them. I’ve first used it on a yorkie that would make himself choke on a harness or leash. He wasn't fearful or anxious with it, just walked very nicely. I had a lab that a flat collar was the worst thing in the world for him while a prong collar was totally okay. Tail up, happy dog, no stress with prong on. Complete panic with flat collar, at least at first. Was making very slow progress before rehoming. He couldn’t be trusted offleash though, he was a year old dog with pretty much zero training. And while I’m not right next to the interstate I’m close enough that a dog that runs off could end up there. Along with bears and such in the area.

Some people also don’t do any obedience, treat their dog like a baby, spoil the crud out of it, but it isn’t happy. It needs structure and obedience and to be treated like a dog not like a stuffed toy or baby to constantly carry around.

0
ReplyToggle Dropdown
Msg 3 of 8 to Solitaire13Solitaire13
In reply toRe: msg 1

Why is it either or? Can’t a dog be happy and trained?  Stonnie’s trainees are wildly happy and also very obedient.

0
ReplyToggle Dropdown
Msg 4 of 8 to KazellKazell
In reply toRe: msg 2

I agree with that. We all need to be flexible and we also need to understand that dog owners are not one type.  Some have skills, some don’t have many.  Each person has to use and do what works best for them.

My take on it is if you address a dog's drives by providing appropriate outlets, you have that many fewer behavioral problems to try to fix with obedience like so many are prone to do.

0
ReplyToggle Dropdown
Msg 6 of 8 to Solitaire13Solitaire13
In reply toRe: msg 5

I stubbornly think we need to do both.

I don't think that was being implied. I think the message was that one should address drives to have a happy dog. I don't think they were saying don't train but to take care of the dog's drives in addition to training.

0
ReplyToggle Dropdown
Msg 8 of 8 to Solitaire13Solitaire13
In reply toRe: msg 7

Well, yes. But we knew that!  With our drivey dogs.  How do your different breeds differ in drives? Do different thing make them happy?