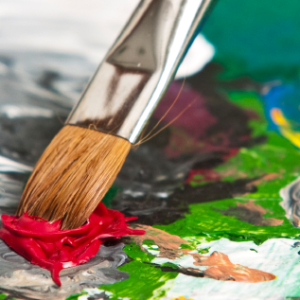 A virtual art gallery, with links to some of the best art sites on the web. Photography, painting, graphic arts, and more.

After a lengthy international investigation, special agents from ICE, FBI, working in conjunction with the Los Angeles Sheriff's Department and authorities in Sweden and Denmark, recovered two major works of art that were stolen from the Stockholm's National Museum in an armed heist in December 2000. ICE and its law enforcement partners recovered Auguste Renoir's "Young Parisian" earlier this year in Los Angeles. This week, Danish authorities recovered Rembrandt Harmensz van Rijn's "Self Portrait" as part of the joint investigation. The combined estimated value of the recovered paintings is approximately $45 million. Several suspects have been arrested in connection with the stolen artwork.

SCRANTON, Pa. - An oil painting by Jackson Pollock and a silkscreen by Andy Warhol were stolen from a museum by thieves who shattered a glass door in the back of the building, officials said.

The Pollock was likely worth about $11.6 million and the Warhol had a value of about $15,000, experts said.

A bronze statue worth £3m ($5.3m) by sculptor Henry Moore has been stolen from the grounds of a museum.

Two vehicles gained access to the courtyard of the Henry Moore Foundation in Perry Green, Much Hadham in Hertforshire on Thursday evening.

Three men then loaded the huge statue of a reclining figure onto the back of a Mercedes lorry.

You mean to tell me that no one notices two trucks, one with a big red crane on the back, driving into a sculpture garden/museum?

Antiques and art treasures, possibly including works by Picasso, Rubens and Titian worth millions of pounds, have been stolen from the 17th century Wiltshire mansion of the reclusive multi-millionaire Harry Hyams in what police believe could be Britain's biggest ever burglary.

Thieves have stolen a £600,000 bronze sculpture from the grounds of a London university, police said today.

The two-metre high sculpture, one of a set of three statues by Lynn Chadwick, was taken from Roehampton University in south-west London, overnight on January 10.

The Art Newspaper reported that the figure had been cut away by its feet from the base of the sculpture, called The Watchers. Detectives said it would have taken at least eight people to move the artwork.

... The Metropolitan police said there had been around 20 similar thefts of artworks in and around London in the last six months. Officers fear valuable sculptures worth millions of pounds are being stolen to be melted down and used for scrap metal.

Scrap metal? They're speculating that this sculpture, as well as the stolen Henry Moore figure mentioned earlier are being sold to be melted down for scrap metal? That doesn't even make sense. You don't hire a bunch of people, and cranes and trucks for scrap metal.

ROME: New York's Metropolitan Museum of Art announced yesterday that it would return several important antiquities Italy says were stolen and smuggled from the country.

Seemingly ending a 30-year dispute, lawyers for the museum delivered documents to Rome that pledged to return the pieces, including the Euphronios Krater, a 6th-century BC painted vase that is widely regarded as one of the finest examples of its kind.

Once Italy has legal title to the treasures, it could bring them home, Met spokesman Harold Holzer said.

VIENNA, Austria (AP) -- Thousands of art lovers lined up outside a Vienna museum Sunday for a final glimpse of five treasured Gustav Klimt paintings that a court has ordered to be returned to a California woman who says the Nazis stole them from her family.

Officials said 4,000-plus visitors were expected to view the paintings before they are pulled down Monday and packed up at Vienna's prestigious Belvedere Galley, housed in the Austrian capital's ornate Belvedere castle.

Long article on the theft of The Scream from the NYT.

The crime, and the ease with which it was pulled off, were seen across the country as a humiliating blow to Norway, which regards Munch's paintings — along with, perhaps, the music of Edvard Grieg and the plays of Henrik Ibsen — as among its most precious cultural assets. The police threw themselves into the job of finding the thieves, and the city of Oslo offered $386,000 for the paintings' return.

One and a half years on, six men stand accused of the crime; their trial is set to begin tomorrow. But the laborious, complicated investigation has stumbled in a fundamental and profoundly frustrating way. The police may have the thieves, but they don't have the paintings.

A US museum has reached an agreement with the Italian Culture Ministry to return antiquities Italy says were illegally removed from the country.

More than 6,000 artworks looted by the Nazis during World War II should be returned to their rightful owners, an Austrian panel has recommended.

Culture Minister Elisabeth Gehrer said a total of 6,292 works were earmarked for return to their rightful owners or heirs - most of whom were Jewish.

Austria has been returning works to their rightful owners under the 1998 culture property restitution law.