This is a place for friendly and civil discussion of horse racing of all types including handicapping.

NYRA and CDI vs. Beta Bob

No Mandaloun in BCC - he's retired

My Guy Is Gone!

Free past performances for many foreign races

I renamed this folder

Free past performances for many foreign races

I wish it was gonna be true. Agree with you but seen alot of bad decisions/coverup in this sport I do care about. Been an owner/patron for 40yrs. Just wish it may actually be right.

0
ReplyToggle Dropdown
Msg 105 of 145 to TexSquaredtexsquared
In reply toRe: msg 103 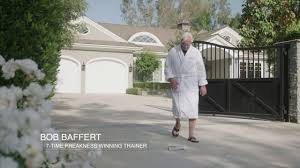 He would look better behind those bars

And finally the owners have run out of options to get in the Derby with Bob...

I predicted this from the beginning. The horses would stay in his barn until the final round of prep races (the 100 point ones) since those are the only preps that really matter.  Win and you're in...

1
ReplyToggle Dropdown
Msg 109 of 145 to TexSquaredtexsquared
In reply toRe: msg 108

When you can’t run the horses  under an assistant,run them under a former assistant.Way to think outside,but right up against the box.

2
ReplyToggle Dropdown
Msg 110 of 145 to TexSquaredtexsquared
In reply toRe: msg 108

Thanks for posting this, Tex!  I have been waiting for weeks to know details......who/where etc., and this is very interesting.  Tim Yakteen and Rudy are inexperienced as regards the Derby, but they now have some quality colts.  Doppelganger going to Ark is a smart move, as those horses are a cut below the others, imho.  He should go off as favorite, and give the filly a battle.  Could end up a player in the Derby.

Now how contested will the Santa Anita Derby be?  Forbidden Kingdom and Messier?  McLaren Vale is definitely a promising prospect, but needs a two turn race, and going against those two seems crazy to me, but who knows?  Maybe he's good enough?  And will any other colts be entered?  Might be a 5 horse race at most!

Don't think Black Adder is fast enough, may have more competition in the Jack Ruby anyway.....we'll see.  Looks like Pinehurst is staying BB at the moment, running on the other side of the world, no chance for points.

Can't believe nothing was mentioned about his fillies.....

1
ReplyToggle Dropdown
Msg 111 of 145 to TexSquaredtexsquared
In reply toRe: msg 108

I've been wondering about this since the ban, the answer of when.    This seems late in the game, right before the last preps.  If a "BB" horse qualifies, I may just bypass this year as well as you cannot trust how they are going to run

Edit:  I just realized I have "BB" insurance already having bet the McPeak field exacta but in FP2or 3, so if he gets there, I do not need to bet.

It seems like the late developers, like McLaren Vale, will have less against them, as they have fewer gaps with working and racing.  I like that horse a lot.

Two very expensive Beta horses ran up the track today at SA....that Bletchley Park couldn't keep up at all, and his other horse fared only a bit better.  There must be so much distraction in that barn right now.  I think the move to Yakteen could be quite beneficial.

If anything it shows how badly skewed the prep series is.  You need to win two 50-point preps or one 100-point prep, anything less and you're probably on the bubble to get in.   The owners knew this all along.  So there was little incentive to move to new trainers right away.  And as I said before, if your horse stinks in the big final preps and doesn't get in, *shrug* he probably wasn't good enough/ready to win the Roses anyway so you hold off till the Preakness, Belmont, Travers, BC...

Wondering aloud (and we'll get the answer in about 48 hours...) how many ex-Baffert horses will suddenly appear in Pool 5 of the Future Wager which opens this Friday...  remember, Baffert horses are all "mutuel field" horses in pools 1-4.  As long as they're with a new trainer by now they qualify to be separate betting interests.    Suddenly everybody who's bet heavily on the field in pools 1-4 is feeling pretty confident....