Friends of jzgran I play on ios

I don't understand this one...

Hummer in the lily shadow?

So which Spring Room do the devs consider to be the "Spring Terrace"?

Aawwww, how sweet! She is a really cute!

0
ReplyToggle Dropdown
Msg 548 of 583 to TinyFaerieTinyFaerie
In reply toRe: msg 547

Bear Quintuplets - once in a lifetime photo Black bears typically have two cubs; rarely, one or three In northern New Hampshire, a black bear sow gave birth to five healthy young. There were two or three reports of sows with as many as 4 cubs, but five was, and is, very extraordinary. The photographer learned of them shortly after they emerged from their den and set a goal of photographing all five cubs with their mom - no matter how much time and effort was involved. He knew the trail they followed on a fairly regular basis, usually shortly before dark. After spending nearly four hours a day, seven days a week, for more than six weeks, he had that once-in-a-lifetime opportunity and photographed them. He used the  equivalent of a very fast film speed on his digital camera. The print is properly focused and well exposed, with all six bears posing as if they were in a studio for a family portrait.   The photographer stayed in touch with other people who saw the bears during the summer and into the fall hunting season. All six bears continued to thrive. As time for hibernation approached, he found still more folks who had seen them, and everything remained OK. The photographer stayed away from the bears because he was concerned that they might become habituated to him, or to people in general, and treat them as approachable friends. This could easily become dangerous for both man and animal.

That photo is priceless! 5 babies is so rare with bears. What a miracle. What a caring photographer to stay away to keep them safe. 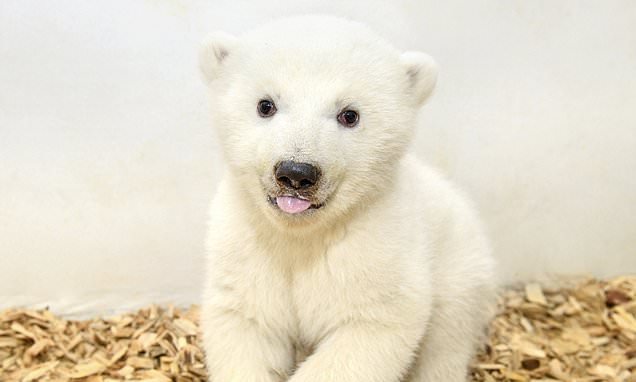 The cub, who has not yet been named, was born on December 1 in Tierpark in the German capital Berlin. The cub underwent her first medical examination yesterday and vets confirmed she was female.

The photographer went back the year following his initial finding of the family and was amazed to not only find them again but to discover they had all survived.

0
ReplyToggle Dropdown
Msg 552 of 583 to FallonitFallonit
In reply toRe: msg 551

This is a great joy! Thank you. What a terrific pic.

You need to look at Fallonit’s pic ( 2 further down)

0
ReplyToggle Dropdown
Msg 554 of 583 to FallonitFallonit
In reply toRe: msg 551

She is Mom of the Year in the animal kingdom I think.

Isn't it true that we all check out this thread every day. All furries bring me joy.

Saw it on the news yesterday morning.  Loved the expression on the rat's face and the comment from the firefighter's that rescued it.  Can't say that they're my favourite animal and wasn't happy when the cat brought one in for me and let it go.  She did at least take it outside again.