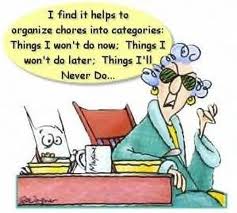 0
ReplyToggle Dropdown
Msg 566 of 744 to WerecatqueenWerecatqueen
In reply toRe: msg 534

A lady walks into a Pharmacy and asks about Viagra

Does it really work she asks?

The Pharmacists = It sure does I use it all the time.

Can you get over the counter?

Sure can *wink wink* if I take two

After the spring break, a teacher asked her young pupils how they spent the holidays. One youngster offered the following: “We always used to spend the holidays with Grandma and Grandpa.
They used to live in a nice big brick house. But, grandpa got retarded and they moved to Floriduh. Now they live in a place with lots of other Grandmas and Grandpas. They live in a tin box and have rocks painted green to look like grass.

They ride around in huge tricycles and wear name tags because they don’t know who they are anymore. They go to a big building called the wrecked center. They must have fixed it because it looks pretty good now.
They play games and do exercises there, but they don’t do them very well. There is a swimming pool, too, but they all jump up and down in it with their hats on. I guess they don’t know how to swim.

At the gate, there is a dollhouse with a little old man who sits in it.
He watches all day so nobody can escape. Sometimes though, they do manage to sneak out. Then they go cruising in their golf carts.
Grandma used to bake cookies and other neat things, but I guess she forgot how. Nobody there cooks, they just eat out. And they eat the same thing every night, “Early Bird,” whatever that is. Some of the people can’t get past the old man in the dollhouse. So the ones that escape bring food back to the wrecked center and call it a potluck.
My Grandma says Grandpa worked all his life to earn his retardment and says that I should work hard so I can also be retarded someday too. When I earn my retardment, I want to be the old man in the dollhouse. Then I’ll let people out so they can visit their grandchildren.”