Thank you for all your help.

Player Grandma - Anyone Know Her?

Will there be an Spring Event?

Bastet - also known as Bast, was an ancient Egyptian goddess who originally had the role of protecting the Pharaohs. The inhabitants of the lower Nile depicted Bastet as a savage, lion-headed deity. After 1000 BCE, the Egyptians altered her image to the body of a woman and the head of a domesticated cat 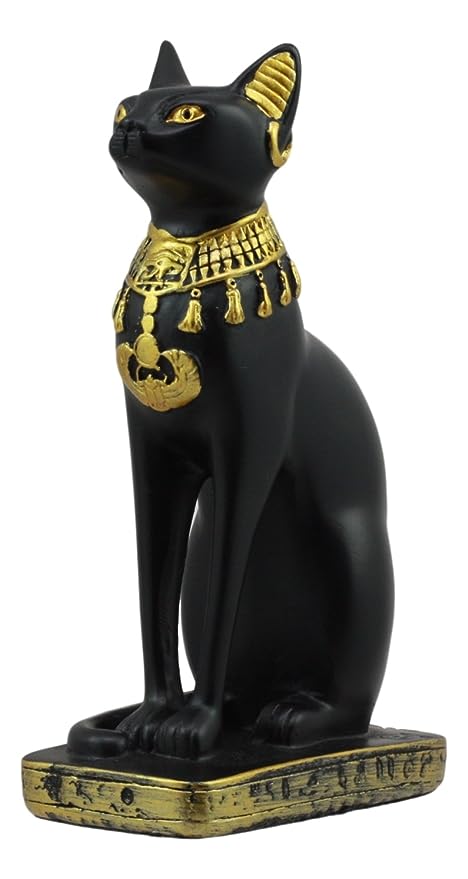 Cerberus (In Greek mythology, Cerberus, often called the "hound of Hades", is a multi-headed dog that guards the gates of the Underworld to prevent the dead from leaving. Cerberus was the offspring of the monsters Echidna and Typhon, and is usually described as having three heads, a serpent for a tail, and snakes protruding from multiple parts of his body. Cerberus is primarily known for his capture by Heracles, one of Heracles' twelve labours)

The dahu is a legendary creature that resembles a mountain goat and is well-known in France and francophone regions of Switzerland and Italy, including the Aosta Valley.

The dahu's principal distinguishing characteristic is that the legs on one side of its body are shorter than the legs on the opposite side, to facilitate standing on and walking on steep mountain slopes.[2] In practical terms, the dahu's asymmetrical limbs allow it to walk around the circumference of the mountain in only one direction.[1]Therefore, there are two different types of dahu: the laevogyrous dahu, with shorter legs on its left side, walks around the mountain counterclockwise; the dextrogyre dahu, with the shorter legs on its right side, walks clockwise around the mountain.[1] Respectively, the terms dahu senestrus and dahu desterus have also been used.[3] 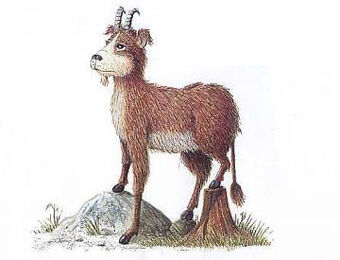 An elf is a supernatural entity. They are often depicted as Celtic fairy-like creatures or as an ethereal entity. ...  The term is chiefly used in regard to sprites and fairies in European folklore, and in modern English is rarely used in reference to spirits. 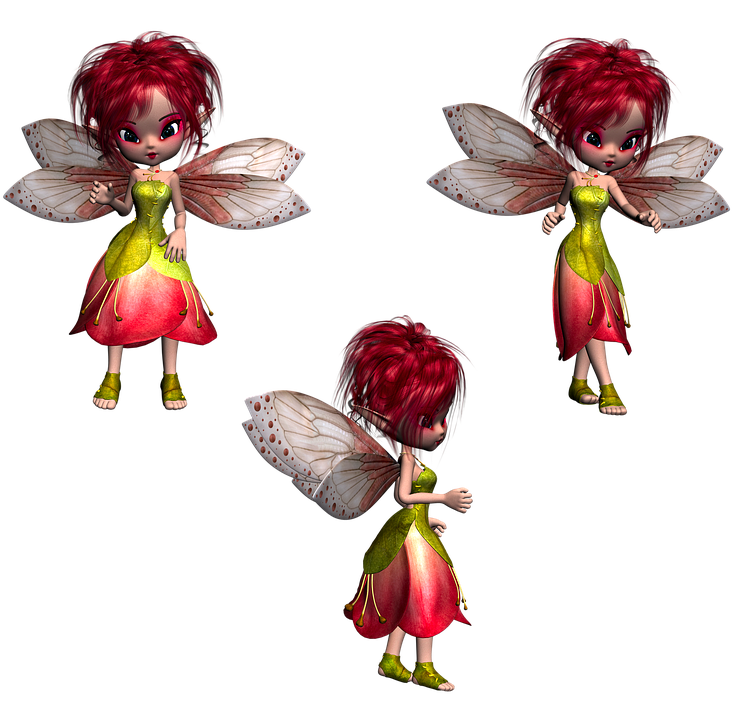 Faun (is a mythological half human–half goat creature appearing in Ancient Rome. The goat man, more commonly affiliated with the Satyrs of Greek mythology or Fauns of Roman, is a bipedal creature with the legs and tail of a goat and the head, arms and torso of a man and is often depicted with goat's horns and pointed ears. These creatures in turn borrowed their appearance from the god Pan of the Greek pantheon. They were a symbol of fertility, and their chieftain was Silenus, a minor deity of Greek mythology)

Ganymede or Ganymedes is a divine hero whose homeland was Troy. Homer describes Ganymede as the most beautiful of mortals, and in one version of the myth Zeus falls in love with his beauty and abducts him in the form of an eagle to serve as cup-bearer in Olympus.

Hermes (is the god of trade, heraldry, merchants, commerce, roads, thieves, trickery, sports, travelers, and athletes in Ancient Greek religion and mythology; the son of Zeus and the Pleiad Maia, he was the second youngest of the Olympian gods. Hermes was the emissary and messenger of the gods. Hermes was also "the divine trickster" and "the god of boundaries and the transgression of boundaries,... the patron of herdsmen, thieves, graves, and heralds." )

An incubus is a demon in male form who, according to mythological and legendary traditions, lies upon sleeping women in order to engage in sexual activity with them. Its female counterpart is a succubus. Salacious tales of incubi and succubi have been told for many centuries in traditional societies. Some traditions hold that repeated sexual activity with an incubus or succubus may result in the deterioration of health, mental state, or even death. One of the earliest mentions of an incubus comes from Mesopotamia on the Sumerian King List, ca. 2400 BC, where the hero Gilgamesh's father is listed as Lilu.

Jorogumo (is a yôkai with the form of a spider, that can change its appearance into that of a seductive woman when it wants to eat a human. Even when it is in its human form though, its reflection will show a giant spider. It can not be killed by any kind of poison)

A kachina is a spirit being in the religious beliefs of the Pueblo people, Native American cultures located in the southwestern part of the United States. Kachinas are spirits or personifications of things in the real world. These spirits are believed to visit the Hopi villages during the first half of the year. The local pantheon of kachinas varies from pueblo community to community. A kachina can represent anything in the natural world or cosmos, from a revered ancestor to an element, a location, a quality, a natural phenomenon, or a concept; there may be kachinas for the sun, stars, thunderstorms, wind, corn, insects, as well as many other concepts. Kachinas are understood as having human-like relationships, such as having uncles, sisters, and grandmothers, as well as marrying and having children. Although not worshipped, each is viewed as a powerful being who, if given veneration and respect, can use his particular power for human good, bringing rainfall, healing, fertility, or protection, for example.