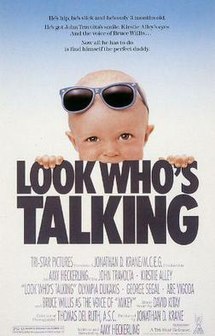 Miracle on Ice (1980-was a medal-round game during the men's ice hockey tournament at the 1980 Winter Olympics in Lake Placid, New York, played between the hosting United States and the four-time defending gold medalists, the Soviet Union)

"Nothing's Gonna Stop Us Now" hit No. 1 in the Billboard Hot 100 on April 4, 1987 and stayed there for two weeks. It was recorded by the American rock band Starship and was featured as the theme to the romantic comedy film Mannequin.

Oprah Winfrey Show Debuted (1986-often referred to simply as Oprah, is an American syndicated talk show that aired nationally for 25 seasons from September 8, 1986, to May 25, 2011, in Chicago, Illinois. Produced and hosted by its namesake, Oprah Winfrey, it remains the highest-rated daytime talk show in American television history. The show was highly influential, and many of its topics have penetrated into the American pop-cultural consciousness)

Pope John Paul II Assassination Attempt - took place on Wednesday, 13 May 1981, in St. Peter's Square in Vatican City. The Pope was shot and wounded by Mehmet Ali Agca while he was entering the square. The Pope was struck four times and suffered severe blood loss. Agca was apprehended immediately and later sentenced to life in prison by an Italian court. The Pope later forgave Agca for the assassination attempt. He was pardoned by Italian president Carlo Azeglio Ciampi at the Pope's request and was deported to Turkey in June 2000. 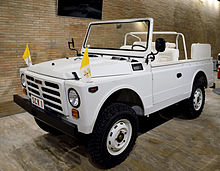 The Fiat Popemobile that carried John Paul II during the 1981 assassination attempt on his life in St. Peter's Square in Vatican City

The location of the shooting, marked by a stone tablet, in St. Peter's Square 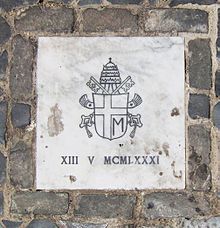 The tablet bears John Paul's personal papal arms and the date of the shooting in Roman numerals.

Queen Performs at Live Aid (1985-On July 13,1985, Queen took the stage at Live Aid and blew the world away with what has been called the greatest live performance of all time)

Ray-Ban (1982) signed a $50,000-a-year deal with Unique Product Placement of Burbank, California, to place Ray-Bans in movies and television shows. Between 1982 and 1987, Ray-Ban sunglasses appeared in over 60 movies and television shows per year, an effort continued through 2007. Tom Cruise's wearing of Wayfarers in the 1983 movie Risky Business was one of the key placements, and that year 360,000 pairs were sold. Additional appearances in movies like The Breakfast Club, and series like Miami Vice and Moonlighting, led sales to 1.5 million annually.

Side Ponytails (1980s-You couldn’t go anywhere in the 80's without seeing a girl or a woman with a side ponytail, and although they weren’t loved by everyone, those who did love this style wore it with pride. These lop-sided pony tails were worn with those torn and baggy 80's clothes that made this era a truly unique one)

USA for Africa (1985-In 1985, the music industry and the world came together in an unprecedented outpouring of generosity in response to the tragic famine wreaking havoc in Africa at the time. USA means "United Support of Artists". All profits realized by CBS Records International from the sale of "We Are The World" were contributed to the non-profit corporation USA for Africa. They used the money to address immediate emergency needs in Africa, including food and medicine, and to help the African people become self-sufficient. With sales in excess of 20 million copies, it is one of fewer than 30 retail singles to have sold at least 10 million copies worldwide)

We Are the World is a 1985 album that contains USA for Africa's "We Are the World", a superstar charity recording for famine relief efforts in Ethiopia. In a...