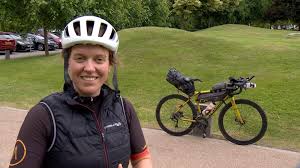 n 1996, Lessing broke the Olympic distance Triathlon world record with a time of 1 hour, 39 minutes, 50 seconds in 1996 at the ITU Triathlon World Championships in Cleveland.

Folding Umbrella invented during the Cao Wei Dynasty ~ 1700 years ago

Woodstock-Aug 15-19, 1969 (was a music festival held August 15–18, 1969 which attracted an audience of more than 400,000, billed as "an Aquarian Exposition: 3 Days of Peace & Music". It was held at Max Yasgur's 600-acre dairy farm in Bethel, New York, 43 miles southwest of Woodstock. It was alternatively referred to as the Bethel Rock Festival or the Aquarian Music Festival. Thirty-two acts performed outdoors despite sporadic rain. It has become widely regarded as a pivotal moment in popular music history, as well as a defining event for the "counterculture generation"