My latest info from EG

Lima, Peru - is the capital and the largest city of Peru. It is located in the valleys of the Chillón, Rímac and Lurín rivers, in the central coastal part of the country, overlooking the Pacific Ocean. Together with the seaport of Callao, it forms a contiguous urban area known as the Lima Metropolitan Area. With a population of more than 9 million, Lima is the most populous metropolitan area of Peru and the third-largest city in the Americas (as defined by "city proper"), behind São Paulo and Mexico City.

Música sertaneja (is a music style that had its origins in the countryside of Brazil in the 1920s. Its contemporary developments made it the most popular music style in 2000s and 2010s Brazil, particularly throughout the southern/southeastern and center-western countryside Brazil. Subgenres include sertanejo de raiz, sertanejo romântico, and sertanejo universitário)

The Ñuble River or Rio Ñuble is a river of the province of Ñuble, located in southern Chile in the Bío Bío Region. Its main tributaries are Chillán and Claro River. The Ñuble River discharges into the Itata River 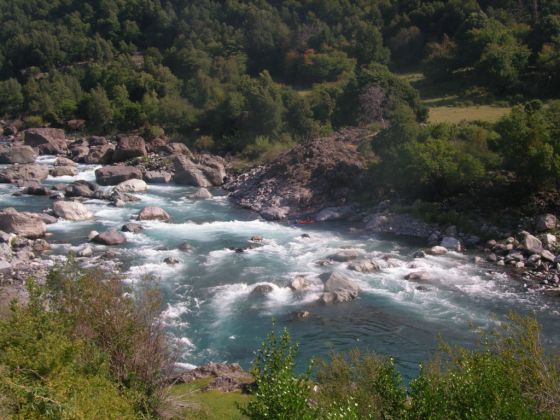 Olympic Games (officially known as the Games of the XXXI Olympiad (Portuguese: Jogos da XXXI Olimpíada) and commonly known as Rio 2016, was an international multi-sport event that was held from 5 to 21 August 2016 in Rio de Janeiro, Brazil, with preliminary events in some sports beginning on 3 August. These were the first Olympic Games ever to be held in South America and the fourth to be held in a developing country)

Quebrada de Humahuaca (is a narrow mountain valley located in the province of Jujuy in northwest Argentina, 1,649 km north of Buenos Aires. It is about 155 km long, oriented north-south, bordered by the Altiplano in the west and north, by the Sub-Andean hills in the east, and by the warm valleys in the south)

Rosario - is the largest city in the central Argentina province of Santa Fe. The city is located 300 km (186 mi) northwest of Buenos Aires. Rosario is the third most populous city in the country, and is also the most populous city in Argentina that is not a provincial capital. With a growing and important metropolitan area, Greater Rosario has an estimated population of 1,276,000 as of 2012. One of its main attractions includes the neoclassical architecture that has been retained over the centuries in hundreds of residences, houses and public buildings. 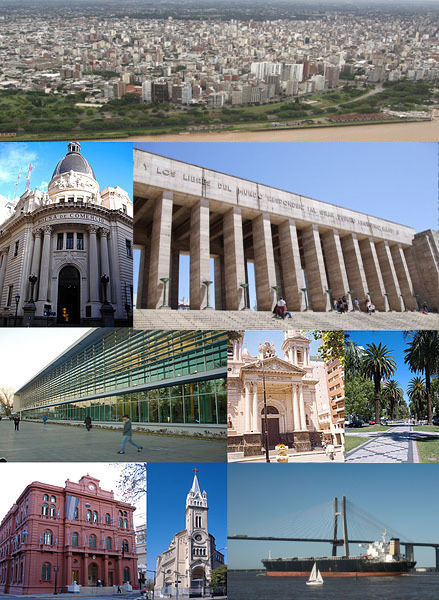 San Ignacio Miní (was one of the many missions founded in 1610 but wasn't executed until 1632, in Argentina, by the Jesuits in what the colonial Spaniards called the Province of Paraguay of the Americas during the Spanish colonial period. It is located near present-day San Ignacio valley, some 60 km north of Posadas, Misiones Province, Argentina. In 1984 it was one of four reducciones in Argentina to be designated by UNESCO as World Heritage Sites)

Tapir - Found in forest regions of Central and Southern America, especially in the Andes Mountains of Peru.

Uberlândia (is a municipality in the state of Minas Gerais, southeastern Brazil. It is the second largest municipality in the state of Minas Gerais after the state capital Belo Horizonte. Its population in 2018 was 683,247, making it the fourth largest city of the interior region of Brazil. The city is located on the Brazilian Highlands 2,802 feet above sea level. It is an important logistic hub between São Paulo and Brasília. The city sits within the Brazilian cerrado and has eight protected zones of tropical savanna vegetation)