Oscar De La Hoya - is an American professional boxer who represented the United States at the 1992 Summer Olympics where, shortly after having graduated from high school, he won a gold medal in the lightweight division, and reportedly "set a sport back on its feet."

The Panthessaliko Stadium is a stadium located at Volos, Greece. The stadium was the site of football (soccer) matches during the 2004 Summer Olympics. It was officially opened on July 30, 2004 and has a capacity of 22,700 seats, though only 21,100 seats were made publicly available for the Olympic matches.

Queen Elizabeth and "James Bond" open the 2012 London Olympics (Daniel Craig reprisedchis role as British secret agent James Bond as he accompanies Her Majesty The Queen to the opening ceremony of the London 2012 Olympic Games. The Bond actor, 44, and Her Majesty filmed a hilarious scene for the opening ceremony, featuring 007 accompanying the royal Bond girl to a helicopter. The memorable scene ended with stunt performers, doubling for Bond and the Queen, jumping out of the helicopter and parachuting into the stadium) 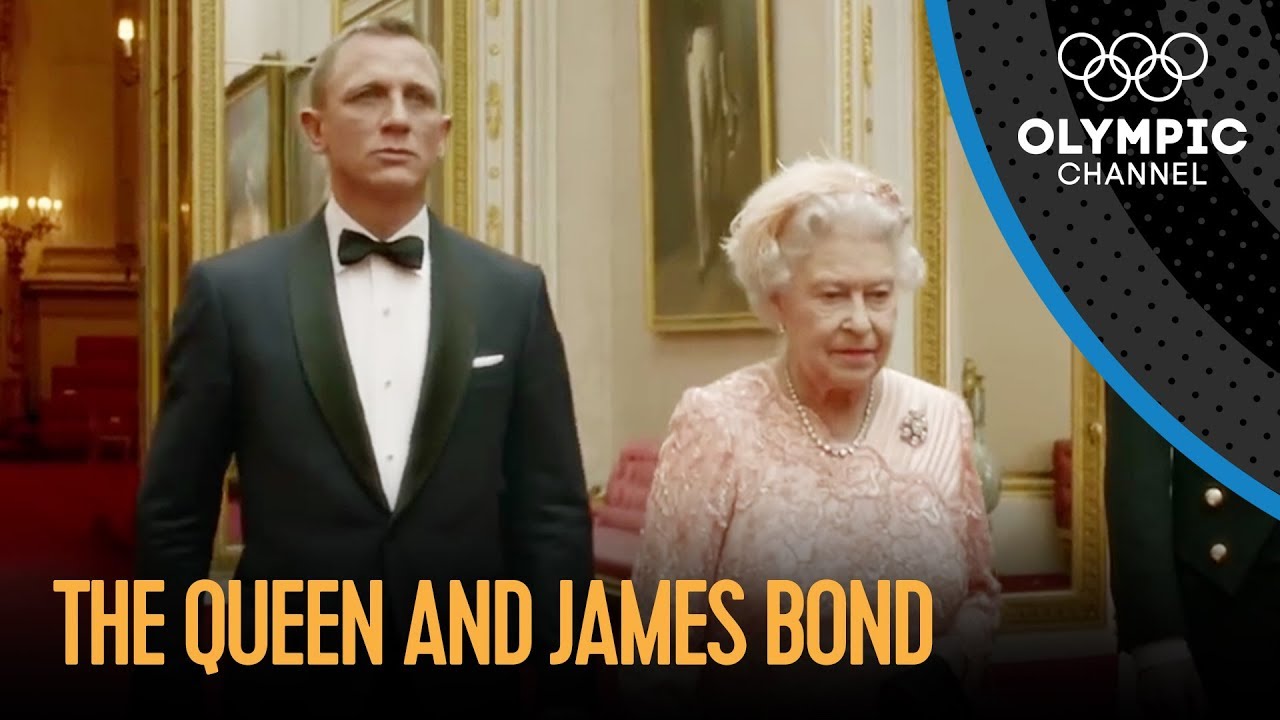 Daniel Craig reprises his role as British secret agent James Bond as he accompanies Her Majesty The Queen to the opening ceremony of the London 2012 Olympic ...

Daniel Craig has admitted he was grumpy during filming with the Queen as it was his day off. But Craig has confessed that while his royal companion was game for a laugh during the skit, he was less so. He is quoted by The Mirror as saying: 'It wasn’t supposed to be funny. It was supposed to be serious. 'She was fun, incredibly game. We had a short space of time and I was a bit grumpy as it was my day off and suddenly I am at the Palace with the Queen at her private chamber.' 'And she improvises a little bit. She was supposed to be sitting at the desk and she asked if she could write, so she pretended to write.'

Princes William, Harry “Kept in the Dark” About Queen Elizabeth’s Olympic James Bond Stunt. No one was more surprised to see Queen Elizabeth II parachute down into the Opening Ceremony of the 2012 London Olympic Games than her own grandsons. Prince William and Prince Harry revealed in a new interview with BBC Friday that they had no clue their grandmother was participating in the July 27 sketch. “Both of us were slightly surprised with our grandmother’s secret hobby of parachuting,” Harry joked. The 86-year-old queen showed off her comedic side in a pre-taped video with Daniel Craig, 44, as James Bond. In the hilarious clip, the duo left Buckingham, boarded a helicopter and — switching to live cameras — parachuted into the Olympic Stadium. (Both The Queen and Craig used stunt doubles, of course.) We were kept completely in the dark about it, that’s how big the secret was,” William, 30, explained. “Harry got a sniff of a rumor on the night and the rumor mill was going into overdrive.” “But, in fact, she did such a good performance that she’s been asked to star in the next Bond film,” he joked. “I’m thrilled for her.”

Ronnie Baker - A native of Louisville, Kentucky, qualified for the Tokyo Olympics by running, at the time, a personal best of 9.85 in the 100m, while finishing 2nd at the 2020 US Olympic Trials. Baker's Tokyo Olympic semifinal personal best time of 9.83 ties him for the 9th fastest time in Olympic 100m history and qualifies him as the third-fastest American in Olympic 100m history.

Surfing (is one of five additional sports proposed by the Tokyo 2020 Organizing Committee to bring more youthful and vibrant events and culture into the Olympic program. In 2016, its inclusion was approved by the International Olympic Committee. The competition will take place in the ocean, where the condition of the waves, the direction and strength of the wind, and the ebb and flow of the tide will all be factors. No two waves are alike, making surfing a competition where athletes compete against each other while balancing the changing conditions of nature) 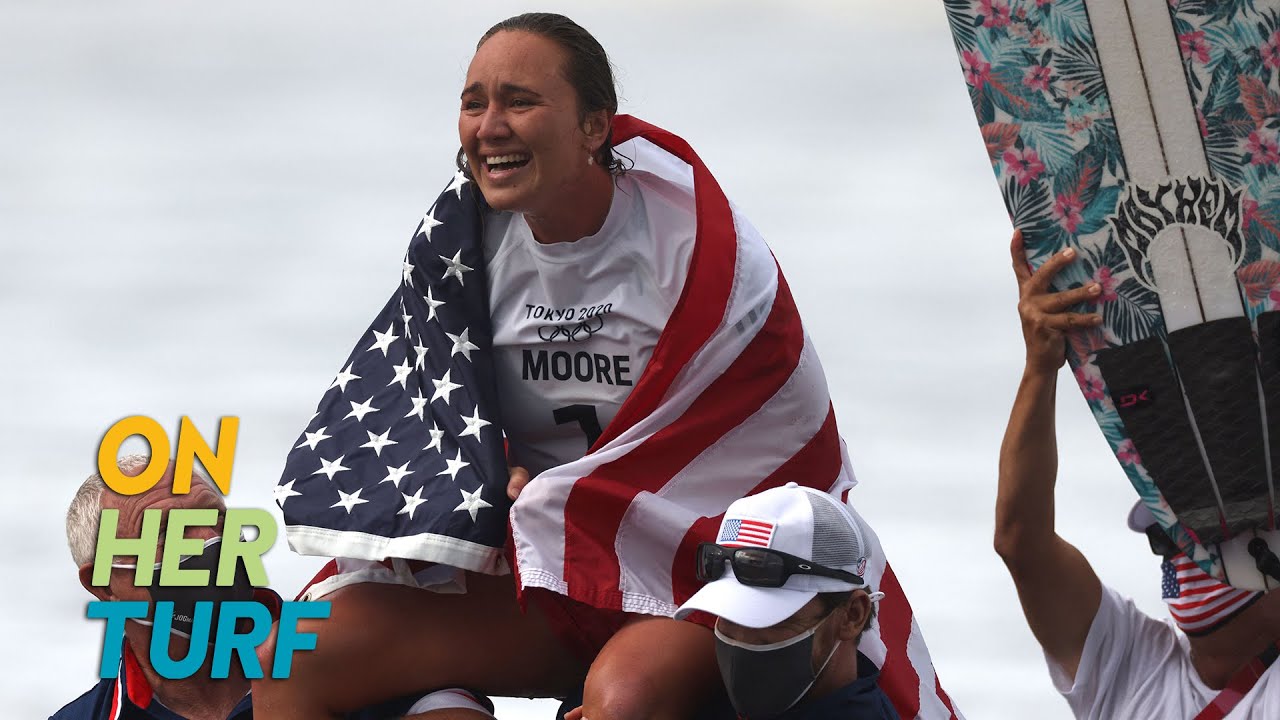 Carissa Moore: Winning gold for USA 'bigger than myself' | On Her Turf: Tokyo Olympics | NBC Sports

Carissa Moore opens up about the support she received leading up to, during, and after winning gold in surfing's Olympic debut and explains why she was fille...

Dara Torres - is an American former competitive swimmer, who is a 12-time Olympic medalist and former world record-holder in three events. Torres is the first swimmer to represent the United States in five Olympic Games (1984, 1988, 1992, 2000 and 2008), and at age 41, the oldest swimmer to earn a place on the U.S. Olympic team. At the 2008 Summer Olympics, she competed in the 50-meter freestyle, 4×100-meter medley relay, and 4×100-meter freestyle relay, and won silver medals in all three events. Torres has won 12 Olympic medals (four gold, four silver, four bronze), one of three women with the most Olympic women's swimming medals. The others are fellow Americans Jenny Thompson and Natalie Coughlin. Torres won five medals at the 2000 Summer Olympics, when at age 33, she was the oldest member of the 2000 U.S. Olympic swim team. She has also won at least one medal in each of the five Olympics in which she has competed, making her one of only a handful of Olympians to earn medals in five different Games. 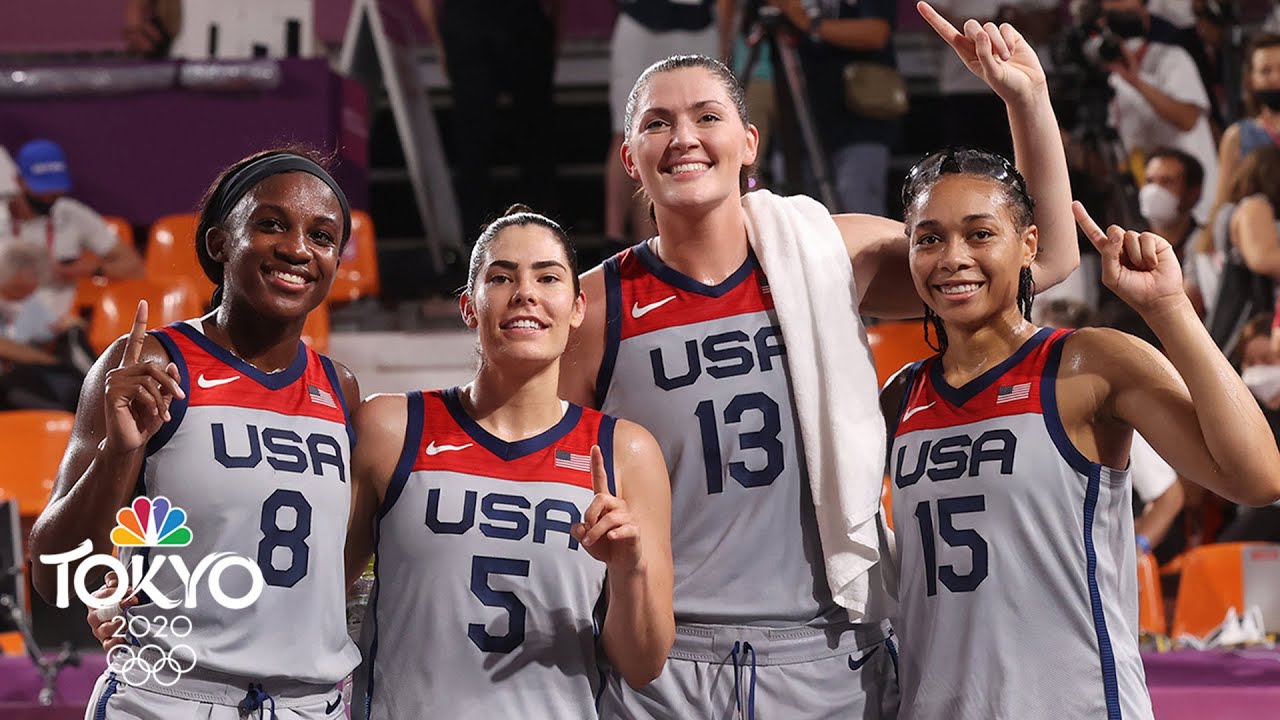 Kelsey Plum, Stefanie Dolson and the U.S. women's 3x3 basketball team went a combined 8-1 in Tokyo, capped by a win over the ROC in the gold-medal game. #NBC...

Aleksey Nikolayevich Voyevodin (born August 9, 1970 near Penza) is a Russian race walker mainly competing over the 50 km distance. He has one World Championships silver medal, and won a bronze medal at the 2004 Summer Olympics. 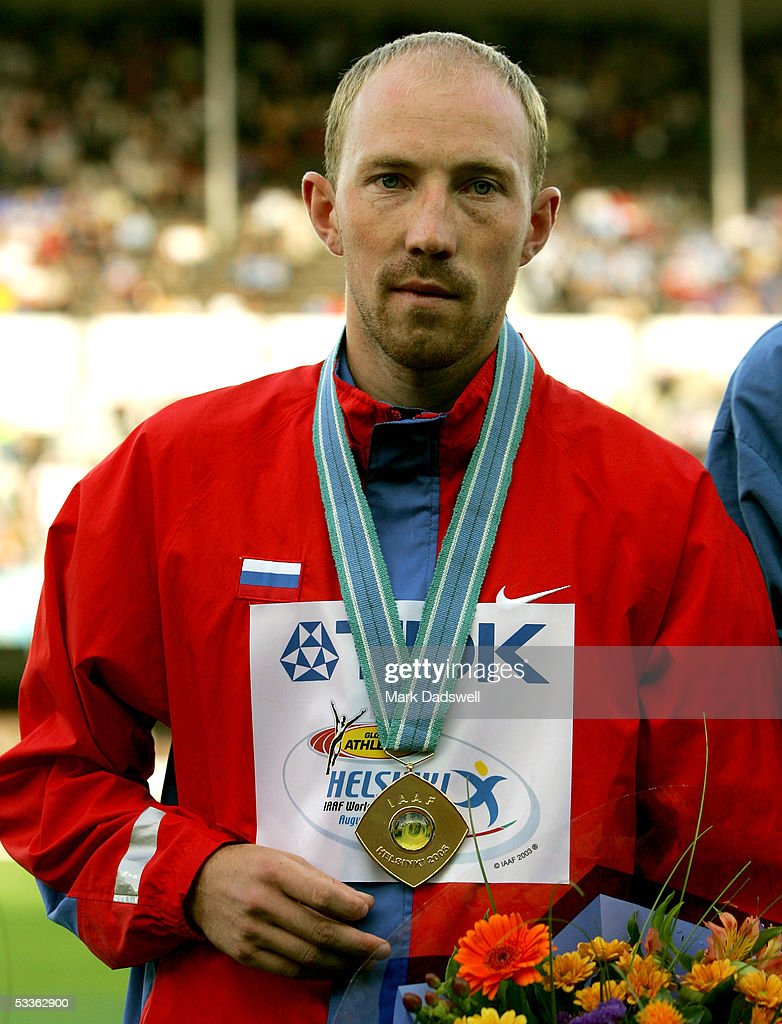 Waldi - was the first official Olympic mascot created for the 1972 Summer Olympics in Munich. He was a dachshund, a popular breed of dog from Germany. Waldi was designed to represent the attributes described as required for athletes — resistance, tenacity and agility. Although Waldi appeared in a variety of different color schemes, it is occasionally reported that the main scheme was designed to match the colors of the Olympic rings, ergo, blue, yellow, orange and green.

She won  the first gold medal for China in the 2008 Summer Olympics in the 48 kg class, setting an Olympic Record by lifting a total of 212 kg 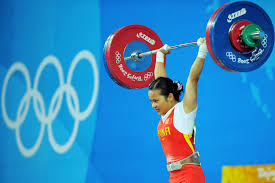