Yuletide Village, A Season of Lights (Renaissance Park in Warren County Ohio, home of the Ohio Renaissance Festival, offers a warm glow on Friday and Saturday nights from November 26 through December 18. The village beckons you to take in light shows, enjoy hot food & drinks while you wander through our Yuletide Market. Visit with Woodland Santa in his quaint workshop, or stumble upon Krampus in the lanes and learn about his yuletide story. Wander through themed lit areas ranging from the rivers of lights to our colorful Gum Drop Alley while costumed carolers serenade you. Get your holiday shopping done and stay toasty at our warming stations placed around the park) 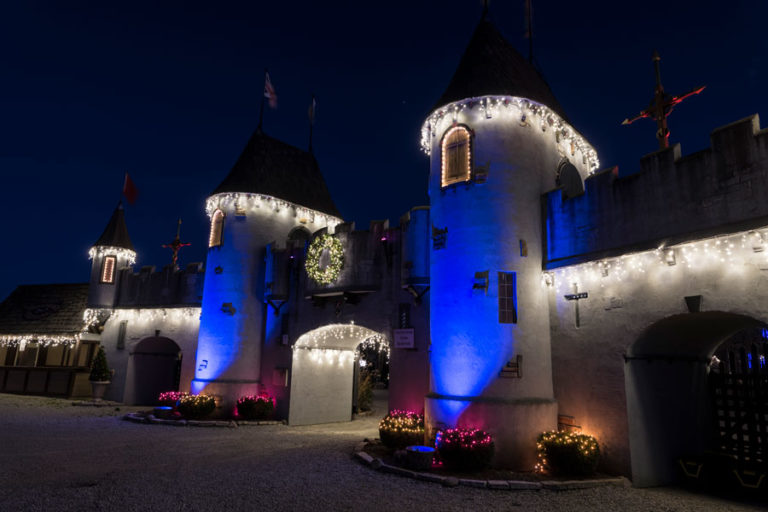 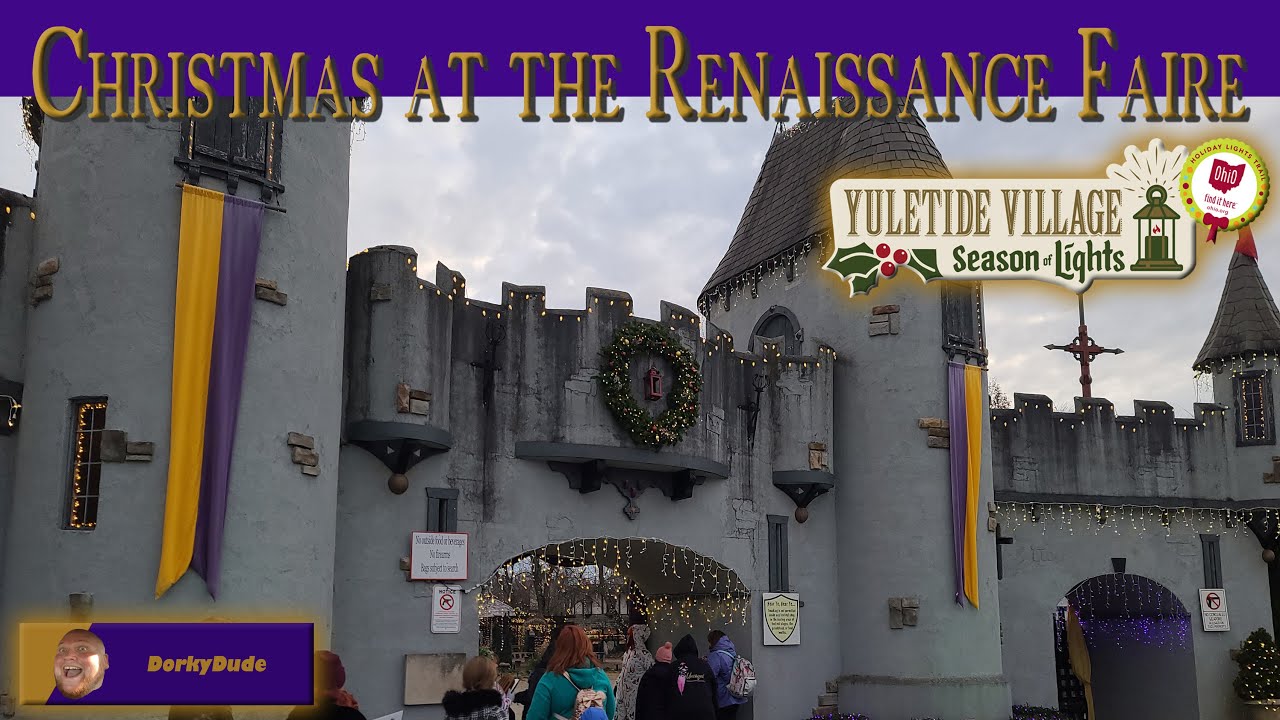 The Yuletide Village Season of Lights event is located in Waynesville/Wilmington, OH. on the Ohio Renaissance Festival grounds. My family and I visited (my ...

Zwarte Piet - (Dutch for "Black Pete"; Luxembourgish: Schwaarze Péiter, Indonesian: Pit Hitam, West Frisian: Swarte Pyt) is the companion of Saint Nicholas (Dutch: Sinterklaas, West Frisian: Sinteklaas, Luxembourgish: Kleeschen, Indonesian: Sinterklas) in the folklore of the Low Countries. The earliest known illustration of the character comes from an 1850 book by Amsterdam schoolteacher Jan Schenkman in which he was depicted as a black Moor from Spain. Those portraying the traditional version of Zwarte Piet usually put on blackface and colorful Renaissance attire in addition to curly wigs and bright red lipstick. The character has been increasingly controversial since the early 2010s and decreasingly prevalent at municipal holiday celebrations in the years that have followed. As of 2021, a revised version, dubbed Sooty Piet, has become more common than the traditional variant at public events, in addition to in television specials, films, social media, and advertising. Sooty Piet features the natural skin tone of the actors playing the character with soot marks created by streaks of dark makeup on their faces.

Albert (Albert is the story of a tiny Douglas fir tree named Albert who has big dreams of becoming Empire City's most famous Christmas tree. When the search for this year's tree is announced, Albert believes he has found his calling and hits the road with his two best friends, Maisie the persistently positive plam tree, and Gene the abrasive and blisteringly honest weed, to fulfill his destiny. With a few prickly situations along the way, and Cactus Pete out to stop him, Albert learns the true meaning of Christmas) 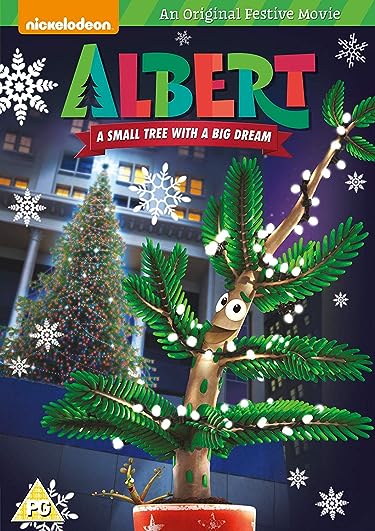 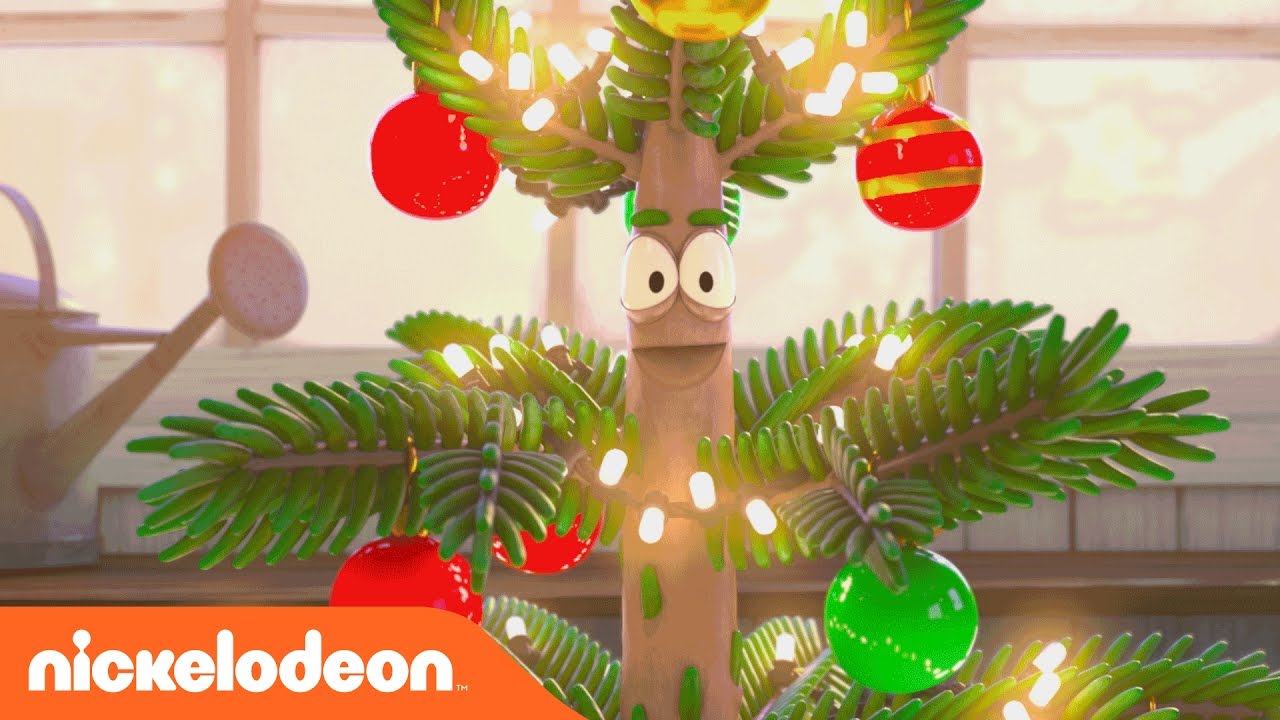 Meet Albert! He may not be the tallest tree, but he's in for the biggest adventure of the season! Catch the new Nickelodeon Holiday movie featuring the voice... 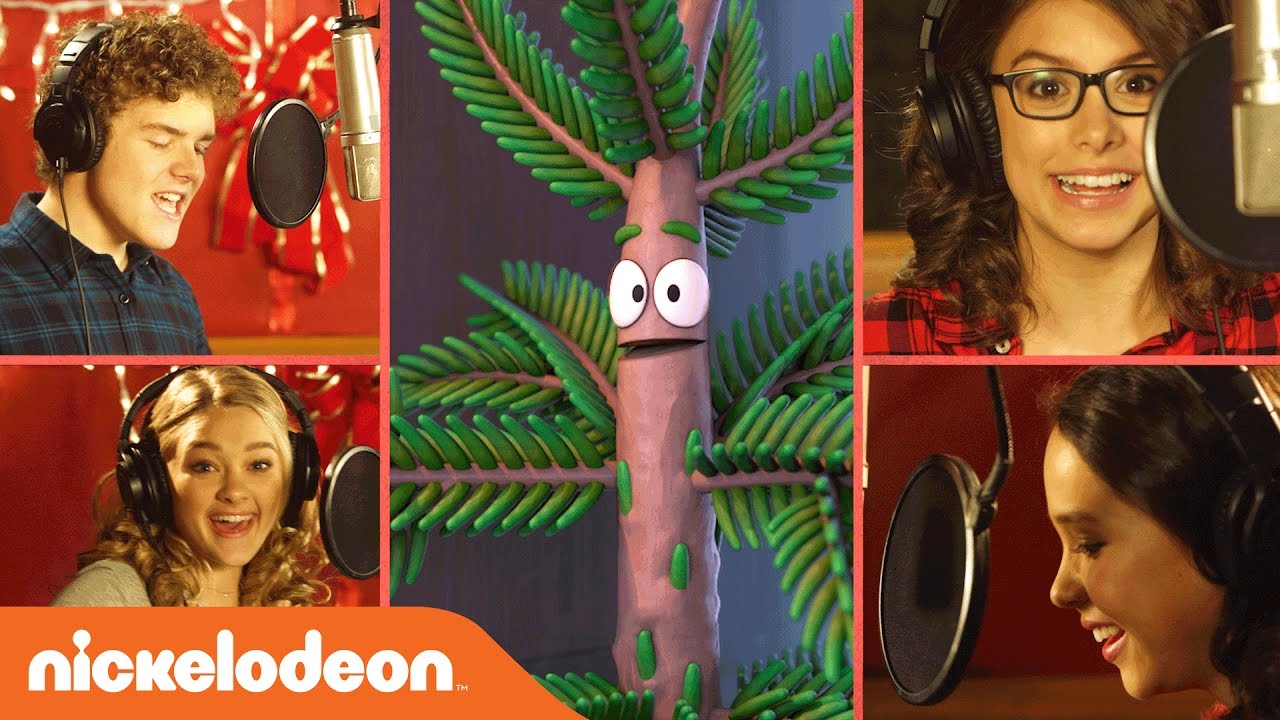 Buon Natale is Italian for 'merry Christmas'. It's all pretty straightforward: buon is 'good' and Natale is 'Christmas'. But word geeks will be interested to see that the Italian word for Christmas comes from the Latin for 'day of birth'.

It's also the title of a song by Nat King Cole. 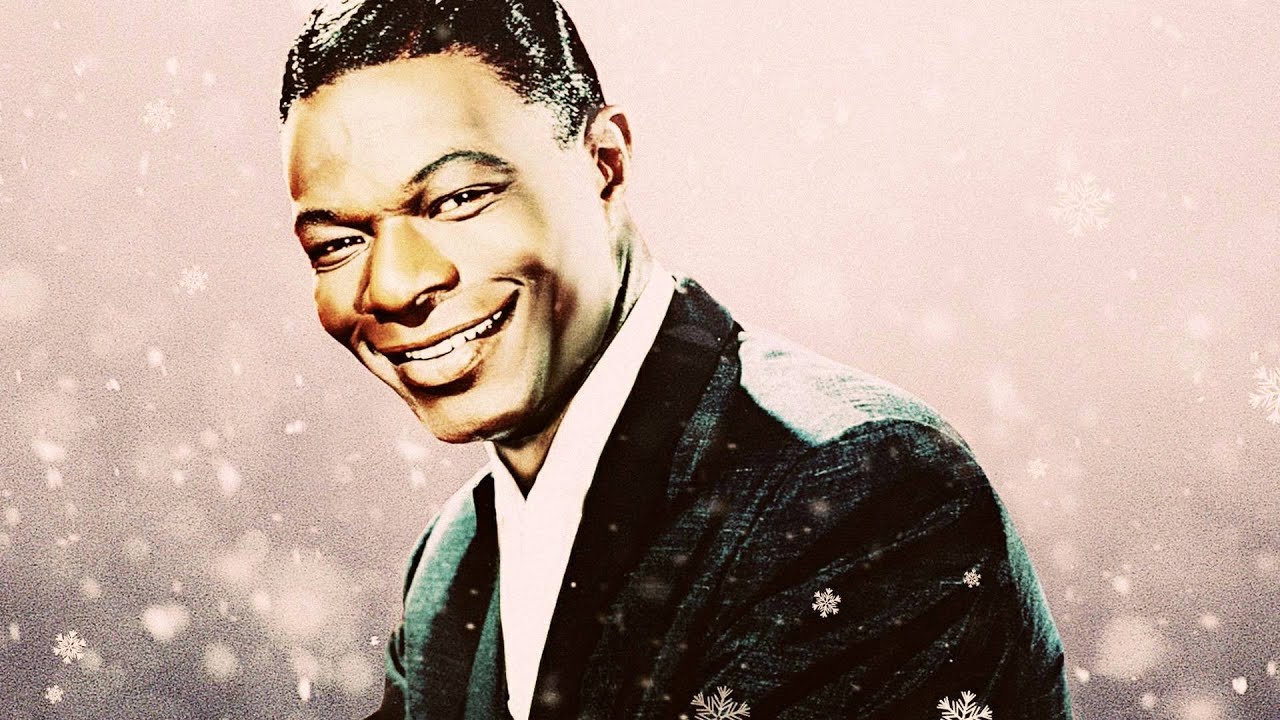 "Buon Natale" is a song by Dave Cavanaugh and written by Bob Saffer & Frank Linale. Christmas, as it is celebrated in Italy, has two origins: the familiar t...

Castle Noel (See it all at America’s Largest Indoor Year-roundChristmas Entertainment Attraction featuring “Holly”wood Christmas Movieland, “I Had That” Toyland Experience, NYC Christmas Windowland. Experience flying with Santa in the simulator ride and receive a DVD. Hold on as you enter our magical world through the North Pole Blizzard Vortex tunnel. In a wheel chair? Santa set it up to be wheel chair accessible. Go through Santa’s Squeeze and find out how Santa feels going down a chimney. Climb Santa Klaus mountain, see Santa and get “The Best Santa Photo Ever” then, Slide back down like Ralphie. Simply Amazing! Directly from Hollywood: The entire “Holly”wood Christmas Movieland prop and costume collection. The world’s largest privately owned collection of Hollywood Christmas movie props and costumes used in the movies: “Elf”, “Grinch”, “Turboman”, “Santa Claus 1, 2 and 3” and much more.PLUS, over $2 million in NYC Christmas window displays from Saks Fifth Avenue, Lord & Taylor, Bloomingdales and more. America’s #1 Christmas Fun Place) 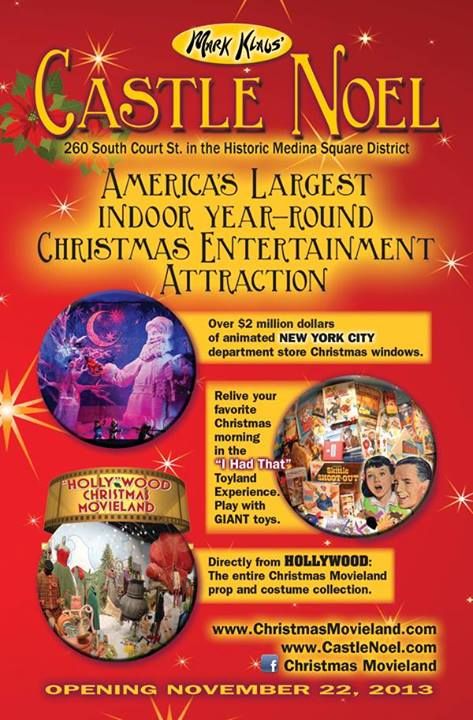 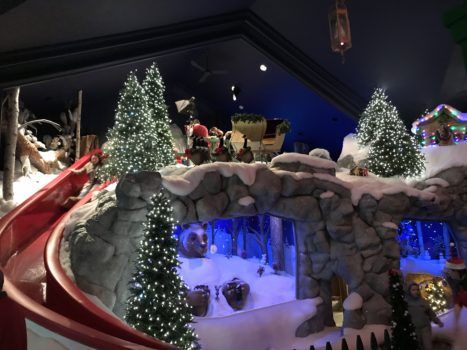 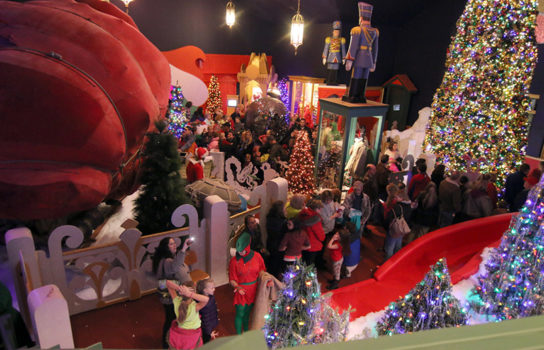 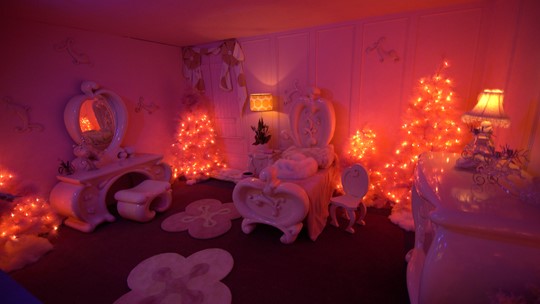 Deck the Halls - is a traditional Christmas carol.  The melody is Welsh, dating back to the sixteenth century, and belongs to a winter carol, "Nos Galan", while the English lyrics, written by the Scottish musician Thomas Oliphant, date to 1862. It is also the title of a 2006 American Christmas comedy film starring Danny DeVito, Matthew Broderick, Kristin Davis, and Kristin Chenoweth. The film was released on November 22, 2006.

Every Time A Bell Rings (Three sisters reunite in their hometown of Natchez and discover their late father planned one last scavenger hunt for them to find the family's wishing bell - an annual holiday tradition. As they search for clues their bond is rekindled and they find hope and healing) 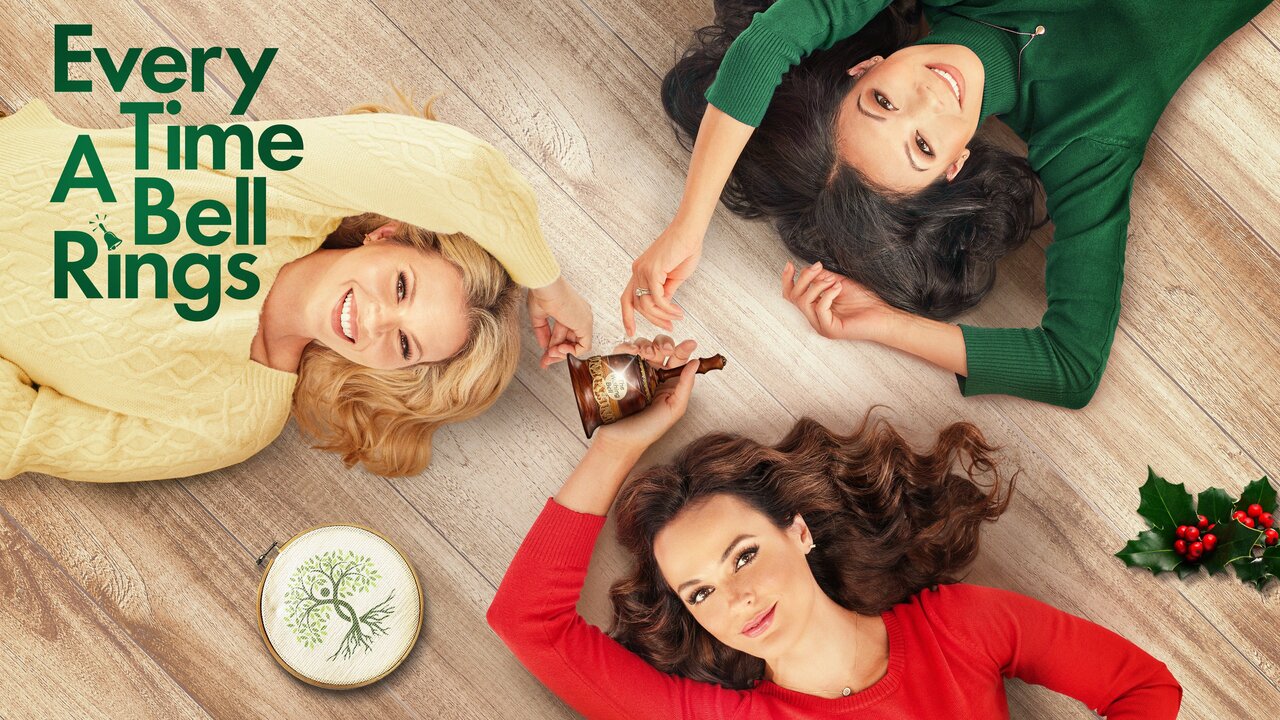 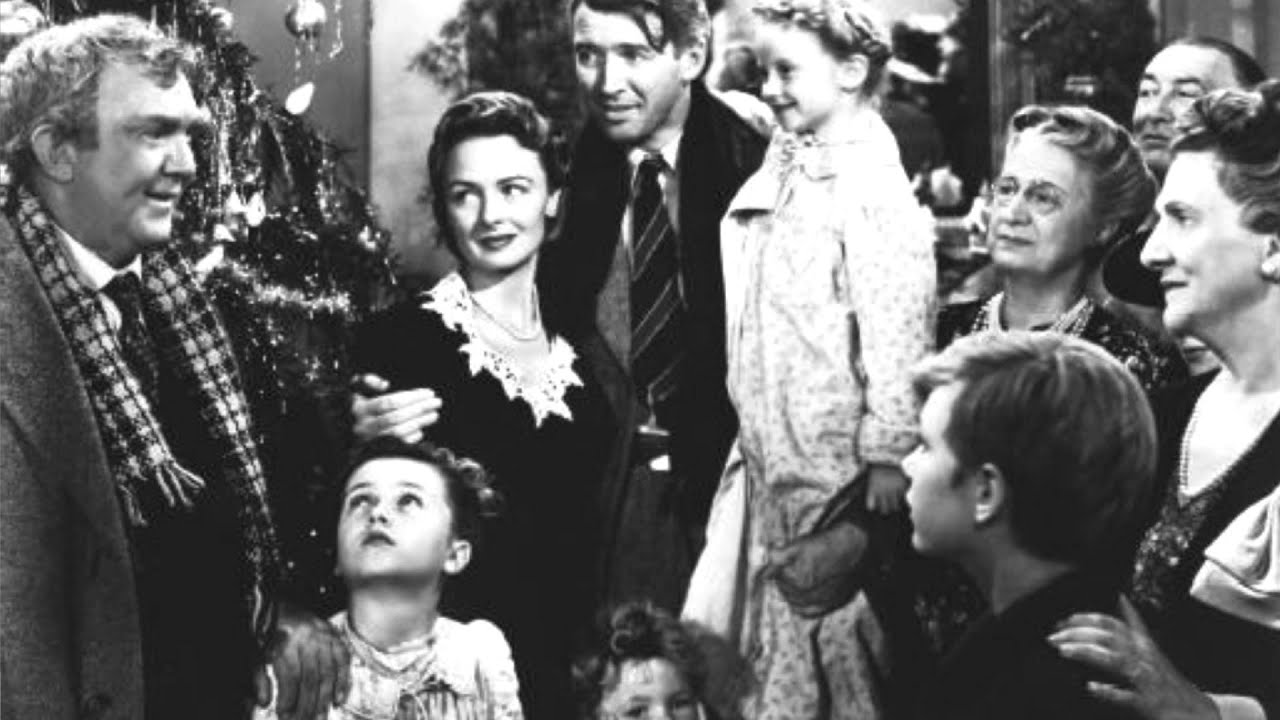 One of the most famous quotes in movie history.

¡Feliz Navidad! - Merry Christmas in Spanish. It's also the title of one of the most popular Christmas songs by José Feliciano.

The kid in this video is really cute and talented. 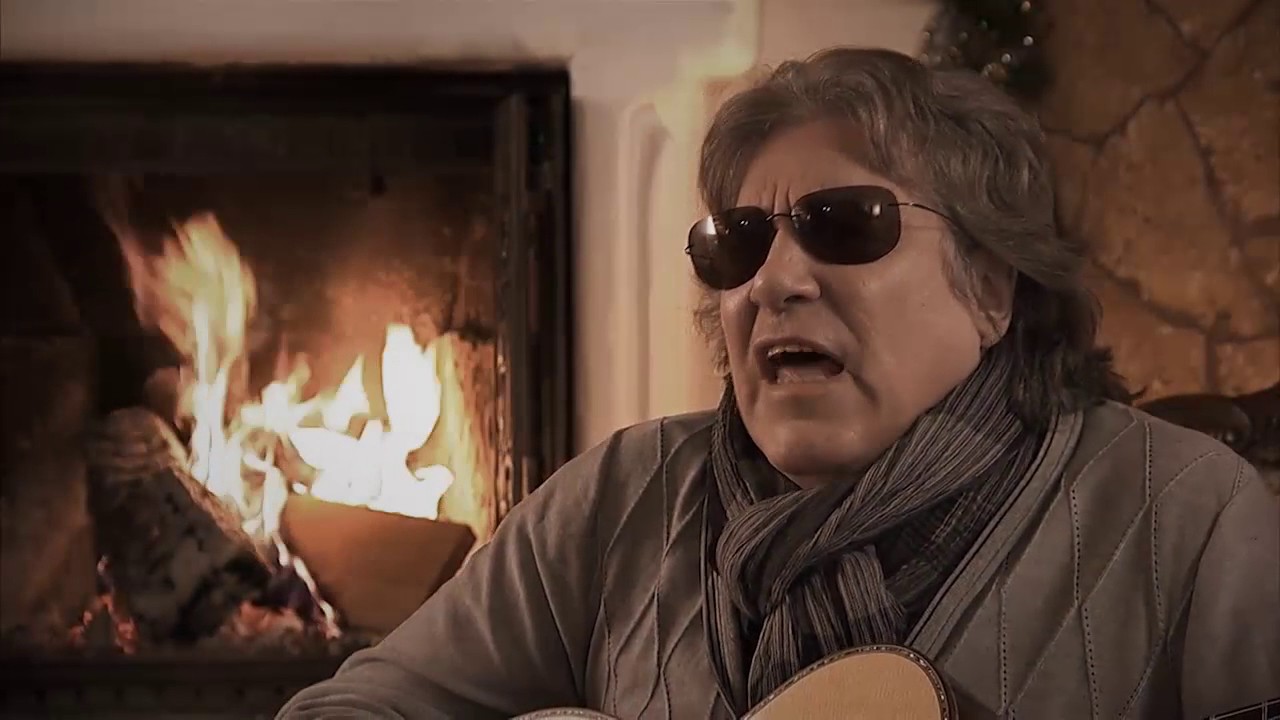 GLOW Holiday Festival Light Experience (GLOW Holiday Festival is Minnesota’s newest holiday light experience and must-see wintertime attraction at the Minnesota State Fairgrounds. The Great Minnesota Holiday Get-Together is a holiday show for all featuring over a million holiday lights, illuminated trees, icicle and art installations, a festive gingerbread house, plus a State Fair food court! Each night of GLOW benefits a community charity working to better our world during the season of giving) 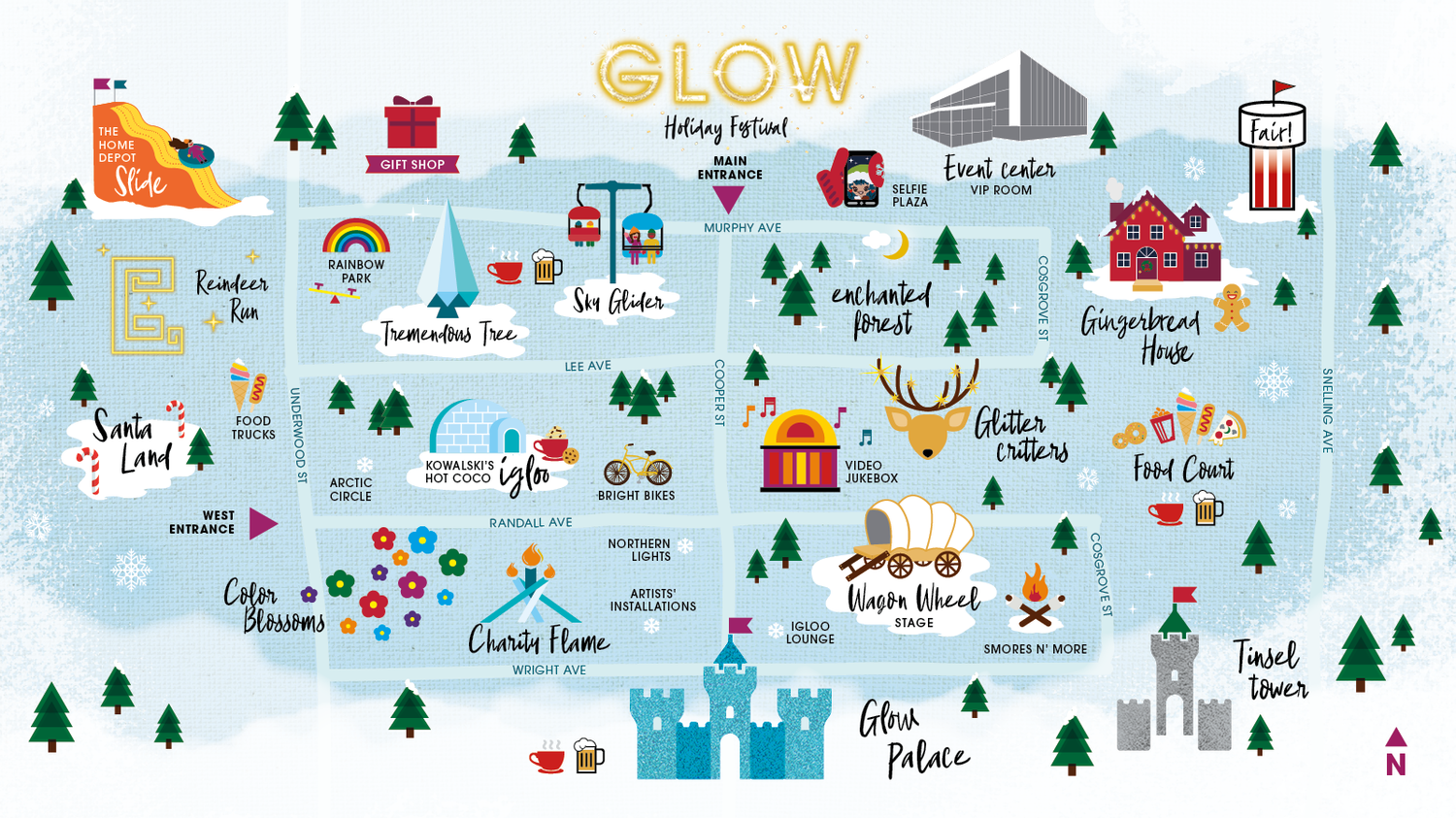 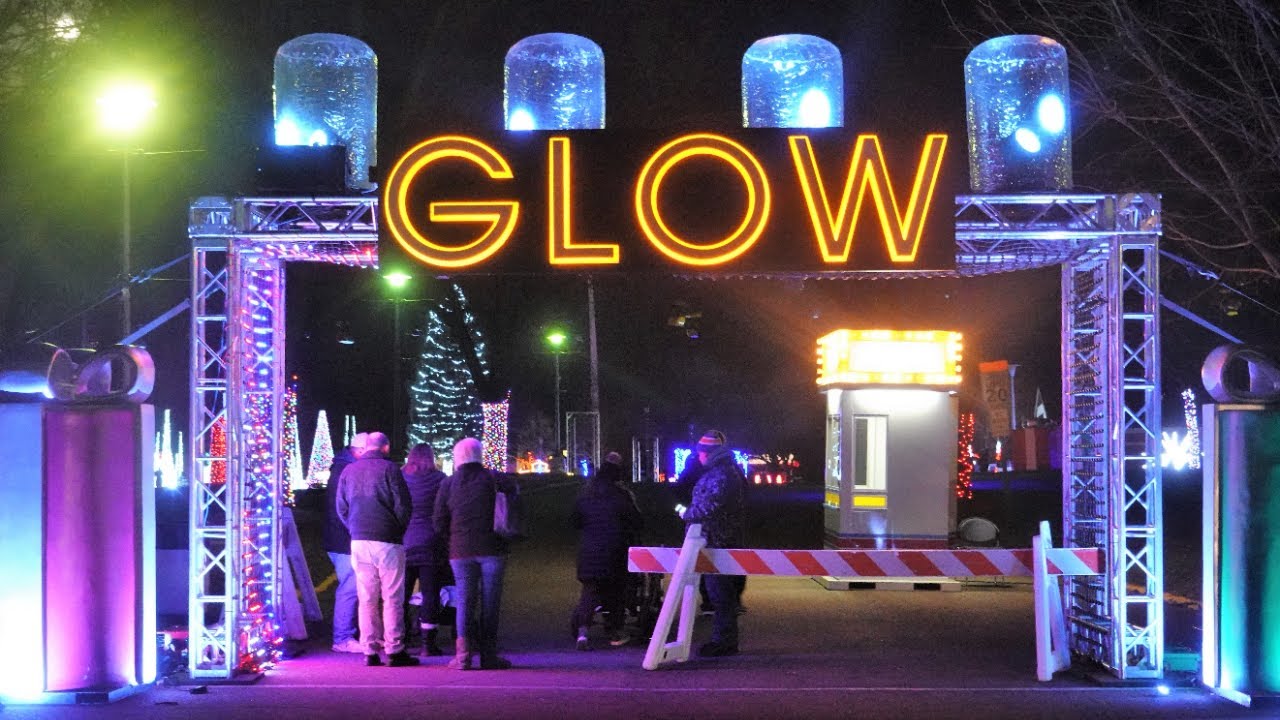 This weeks adventure brings us to The 2021 GLOW Holiday Festival at the Minnesota State Fairgrounds. This display has over a million lights and spread out o...

Holly and the Ivy 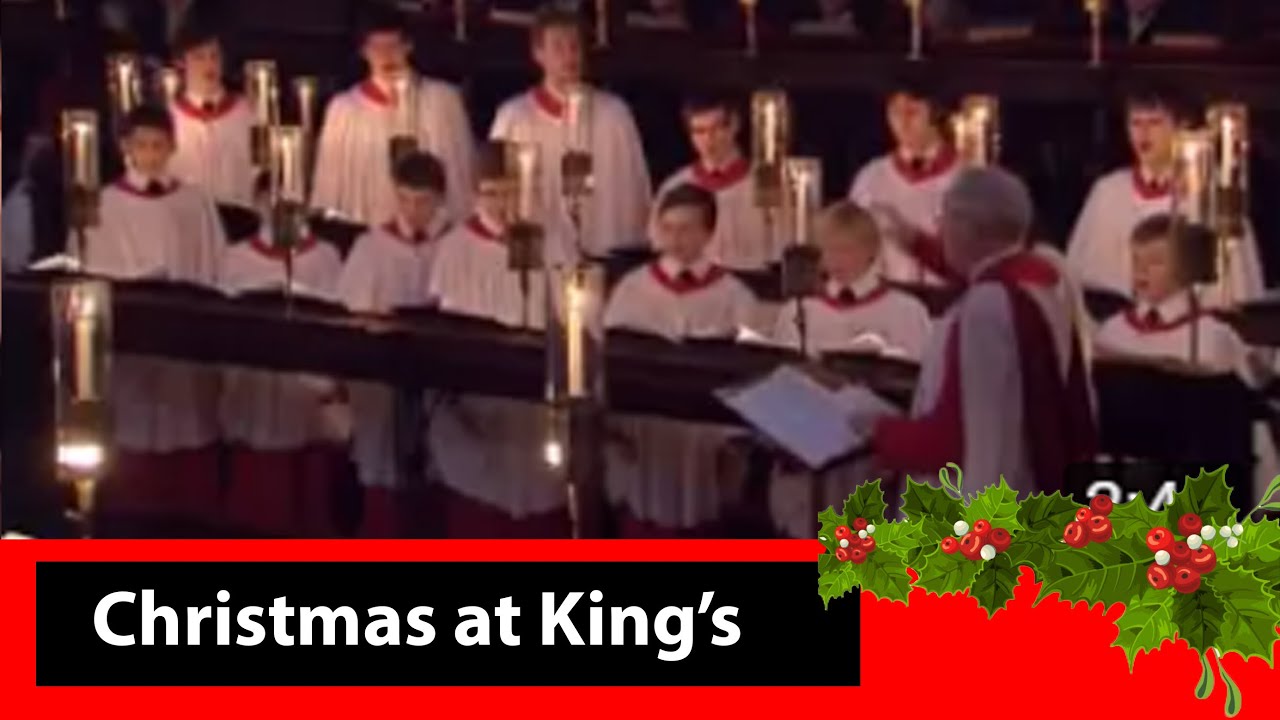