Latest May-16 by PTG (anotherPTG)

The Voice - is an American singing reality competition television series broadcast on NBC. It premiered during the spring television cycle on April 26, 2011. Based on the original The Voice of Holland and part of The Voice franchise, it has aired twenty-one seasons and aims to find unsigned singing talent (solo or duets, professional and amateur) contested by aspiring singers, age 13 or over, drawn from public auditions.

Comment: I had watched every season, every episode of The Voice since it started ... until this season. I watched the first two episodes and just gave up on it. I don't know but it just hasn't been the same for me since Adam Levine left. Yes, Kelly Clarkson is good and gives it right back to Blake Shelton. I can honestly say I like her. But I still miss Adam. And this season with Arial Grande just didn't do it for me. But to be honest, I've gotten that way with TV in general. Some days I don't even turn it on. I quit recording/watching shows I've been watching for years. Including NCIS (Mark Harmon - better known as Gibbs - left) which I had watched for 18 years.

What's My Line? (is a panel game show that originally ran in the United States on the CBS Television Network from 1950 to 1967, originally in black and white and later in color, with subsequent U.S. revivals. The game uses celebrity panelists to question contestants in order to determine their occupation, i.e. "line of work", with panelists being called on to question and identify a weekly celebrity "mystery guest" while blindfolded. It is on the list of longest-running U.S. primetime network television game-shows. Originally moderated by John Charles Daly and with regular panelists Dorothy Kilgallen, Arlene Francis, and Bennett Cerf, What's My Line? won three Emmy Awards for "Best Quiz or Audience Participation Show" in 1952, 1953, and 1958 and the Golden Globe Awards for Best TV Show in 1962) 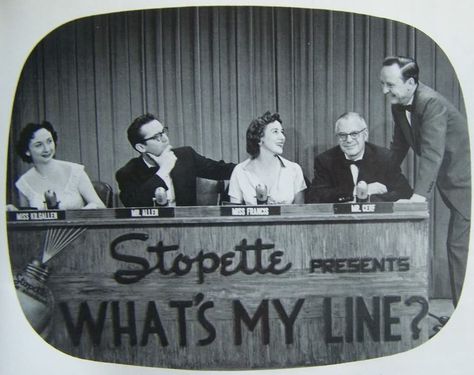 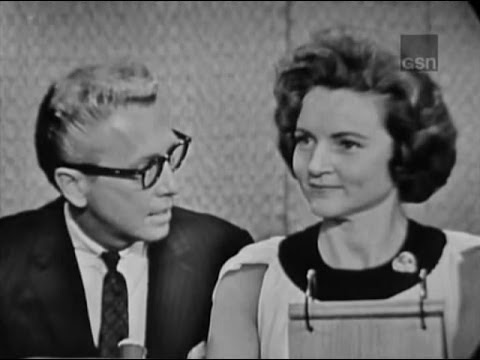 According to Wikipedia, it wasn’t until July 1952 that kinescopes were regularly saved and thus only about ten episodes from the first two years are known to exist.

Yours for a Song (is an American game show, created by Bob Russell, that aired on ABC from 1961–1963 with Bert Parks as host and Johnny Gilbert as announcer. The series, which filmed in New York City, aired in primetime from November 14, 1961 to September 18, 1962 and in daytime from December 4, 1961 to March 29, 1963. This program was replaced by the soap opera, General Hospital, which was ABC's first "modern-day" soap the following Monday) 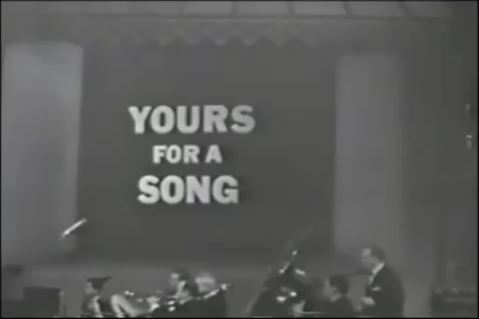 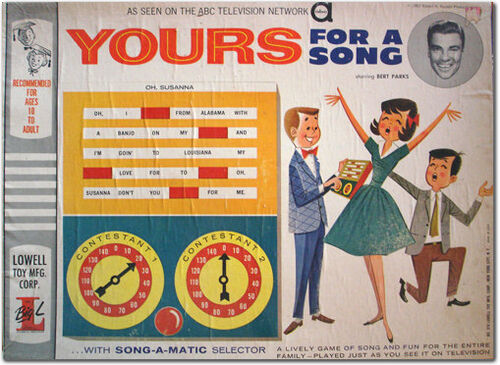 Zorro - (also known as Disney's Zorro) is an American action-adventure western series produced by Walt Disney Productions and starring Guy Williams. Based on the Zorro character created by Johnston McCulley, the series premiered on October 10, 1957 on ABC. The final network broadcast was July 2, 1959. Seventy-eight episodes were produced, and four hour-long specials were aired on the Walt Disney anthology series between October 30, 1960, and April 2, 1961.

Absolutely Fabulous (also known as Ab Fab) is a British television sitcom based on the French and Saunders sketch, "Modern Mother and Daughter", created by Dawn French and Jennifer Saunders. The show was created and written by Saunders, who also stars as one of the main characters with Joanna Lumley and Julia Sawalha. 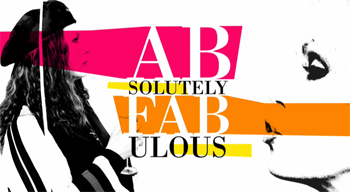 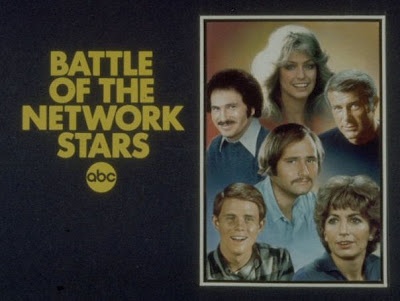 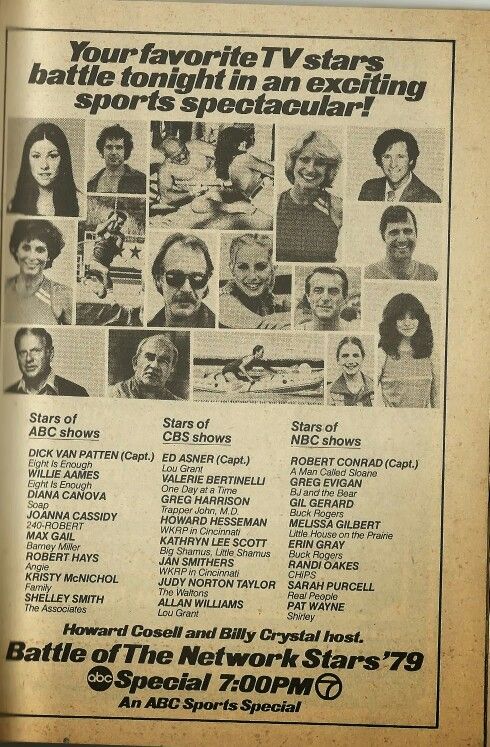 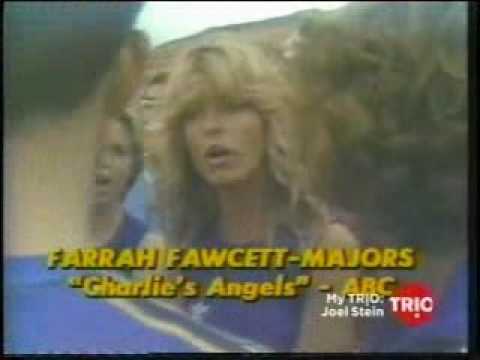 Battle of the Network Stars - Conrad vs. Kaplan

1976 Battle of the Network Stars; Bob Conrad goes apesh*t over a technical call and has it out for poor old Mr. Kotter, Gabe Kaplan! This is vintage 70's tv ...

Cheers is an American sitcom television series that ran on NBC from September 30, 1982, to May 20, 1993, with a total of 275 half-hour episodes across eleven seasons. The show was produced by Charles/Burrows Productions  The show is set in a bar named "Cheers" in Boston, Massachusetts, where a group of locals meet to drink, relax, and socialize. The show's main theme song, co-written and performed by Gary Portnoy, lent its refrain "Where Everybody Knows Your Name" as the show's catchphrase. 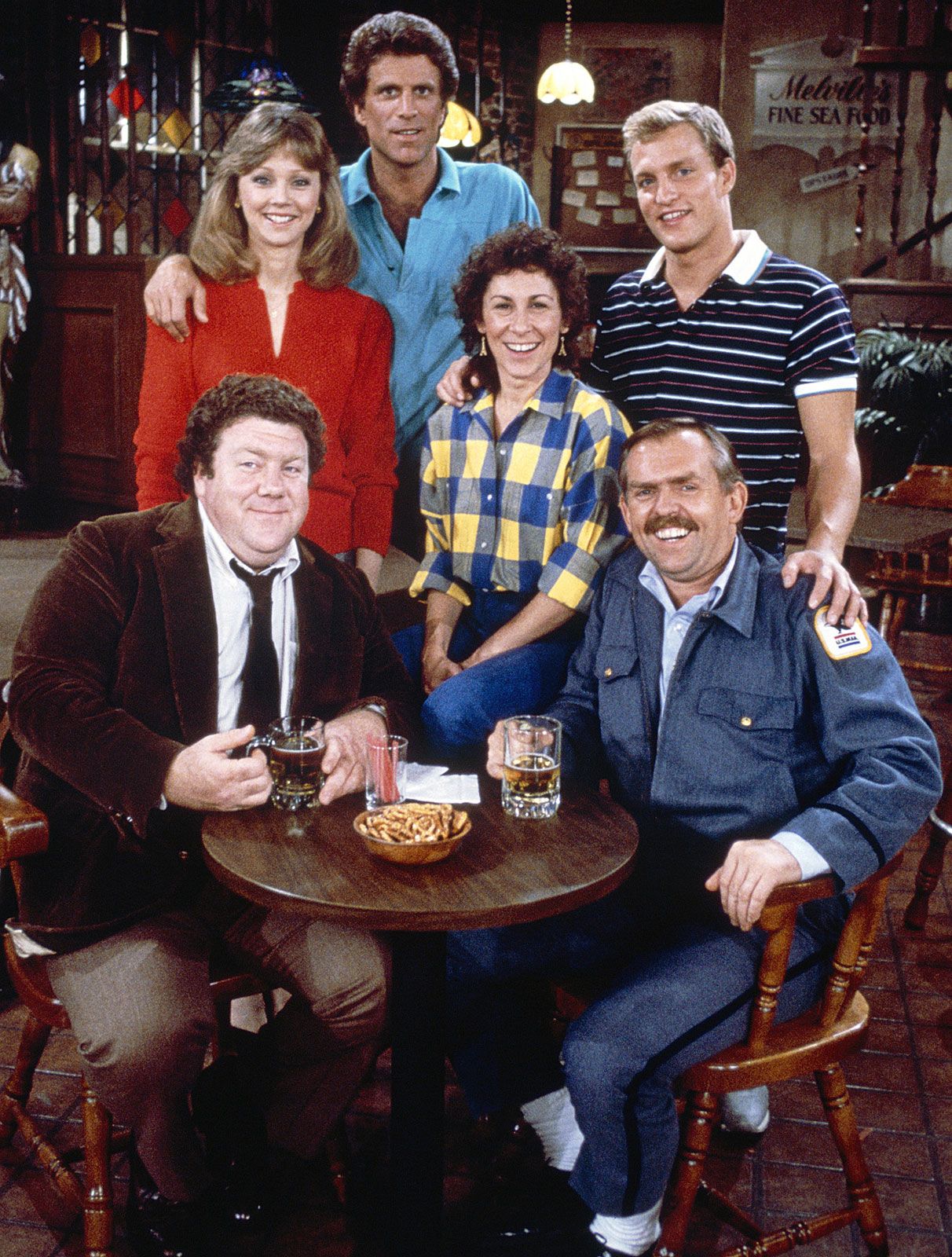 Dr. Pepper commercial – “I’m a Pepper, she’s a Pepper, he’s a Pepper, we’re a Pepper”… One look at this 1970s clip featuring actor David Naughton crooning about this soft drink, and you will want to be a “Pepper” too!

Comment: The Dr. Pepper commercials of more recent years - I just find irritating. Especially the ones with that guy called Lil' Sweet.

Dr. Pepper ... well, make that Diet Dr. Pepper ...  is my favorite soft drink and has been for over 50 years. And surprisingly, it's the favorite of my 14-year-old grandson. Anytime we go to a restaurant he will ask if they have Dr. Pepper. His 12-year-old sister likes Sprite. My other two grandsons - they still drink water wherever they go which is a much healthier choice. 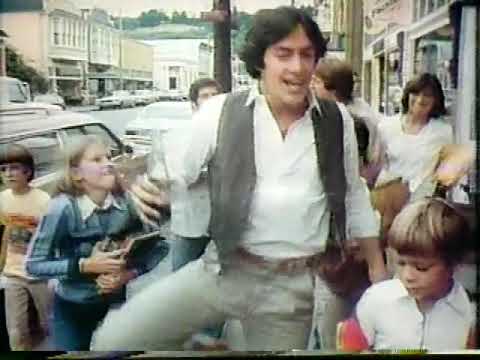 David Naughton in a 1977 commercial for Dr. Pepper

EastEnders is a British soap opera created by Julia Smith and Tony Holland which has been broadcast on BBC One since 1985 and still broadcast every week!! Set in Albert Square in the East End of London in the fictional borough of Walford, the programme follows the stories of local residents and their families as they go about their daily lives