Veep - is an American political satire comedy television series that aired on HBO from April 22, 2012, to May 12, 2019. The protagonist of Veep is Selina Meyer (Julia Louis-Dreyfus), a fictional Vice President of the United States. The series follows Meyer and her team as they attempt to make their mark and leave a legacy but often instead become mired in day-to-day political games. Veep received critical acclaim and won several major awards, including seven consecutive nominations for the Primetime Emmy Award for Outstanding Comedy Series, winning that award for its fourth, fifth, and sixth seasons. Its second, fourth, and sixth seasons won the Writers Guild of America Award for Television: Comedy Series, and its third season won the Television Critics Association Award for Outstanding Achievement in Comedy. Louis-Dreyfus' performance won her six consecutive Primetime Emmy Awards, three Screen Actors Guild Awards, two Critics' Choice Television Awards, a Television Critics Association Award, and five consecutive Golden Globe nominations. For his portrayal of Selina's personal aide, Gary, Tony Hale received six consecutive Emmy nominations for Outstanding Supporting Actor in a Comedy Series, winning in 2013 and 2015. Other members of the cast who received Emmy nominations include Anna Chlumsky (six nominations), Gary Cole (one nomination), Matt Walsh (two nominations), Martin Mull (one nomination), Hugh Laurie (one nomination), and Peter MacNicol (one nomination).

Comment: I never saw this show because it was on HBO and I don't pay extra for premium networks. But I'm sure I would have watched it because I liked Julia Louis-Dreyfuss in Seinfeld and The New Adventures of Old Christine. I've also been a fan of Peter MacNicol since first seeing him in Chicago Hope back in the mid 90s. 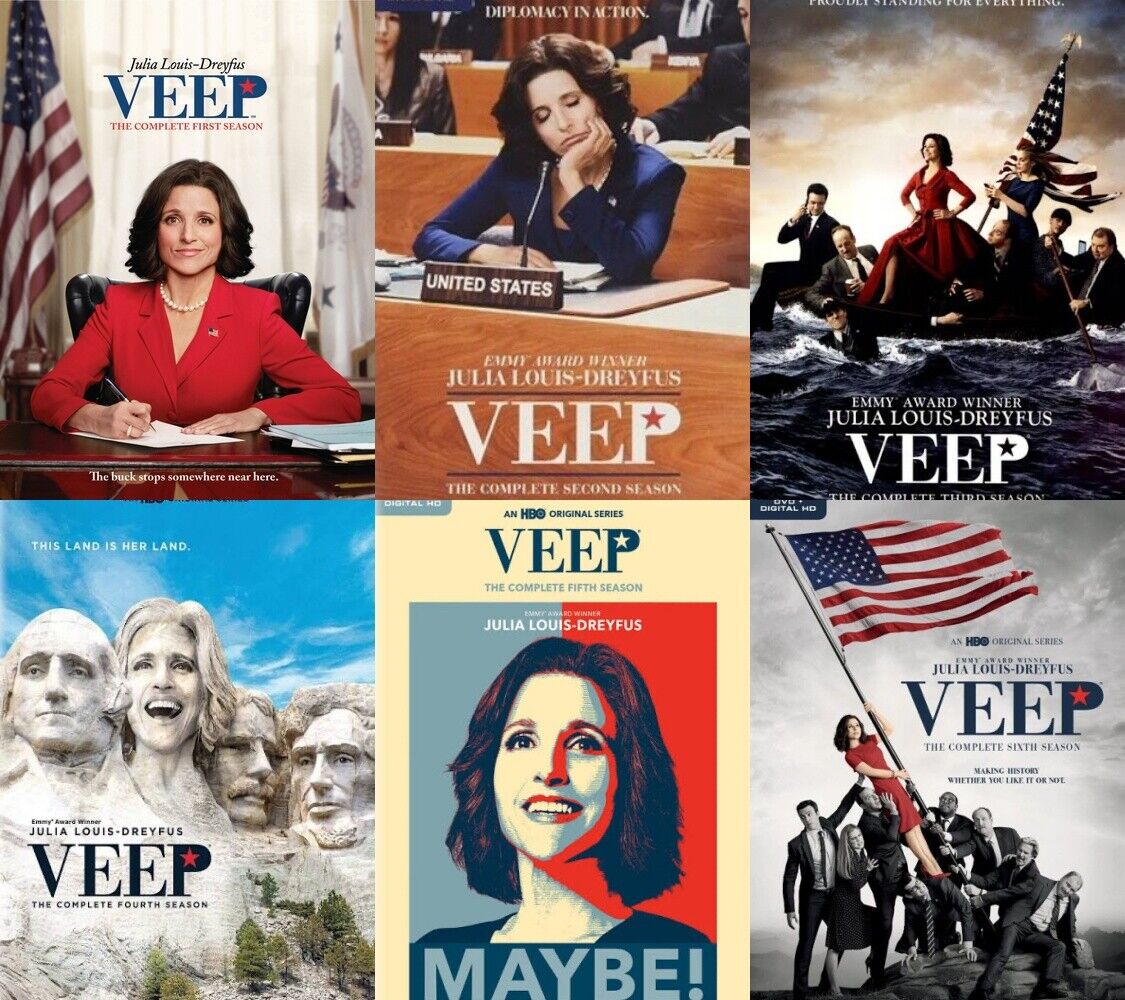 Who's on First? (is a comedy routine made famous by American comedy duo Abbott and Costello. The premise of the sketch is that Abbott is identifying the players on a baseball team for Costello. However, the players' names can simultaneously serve as the basis for questions (e.g., "Who is the first baseman?") and responses (e.g., "The first baseman's name is "Who."), leading to repeated misinterpretations and growing frustration between the performers) 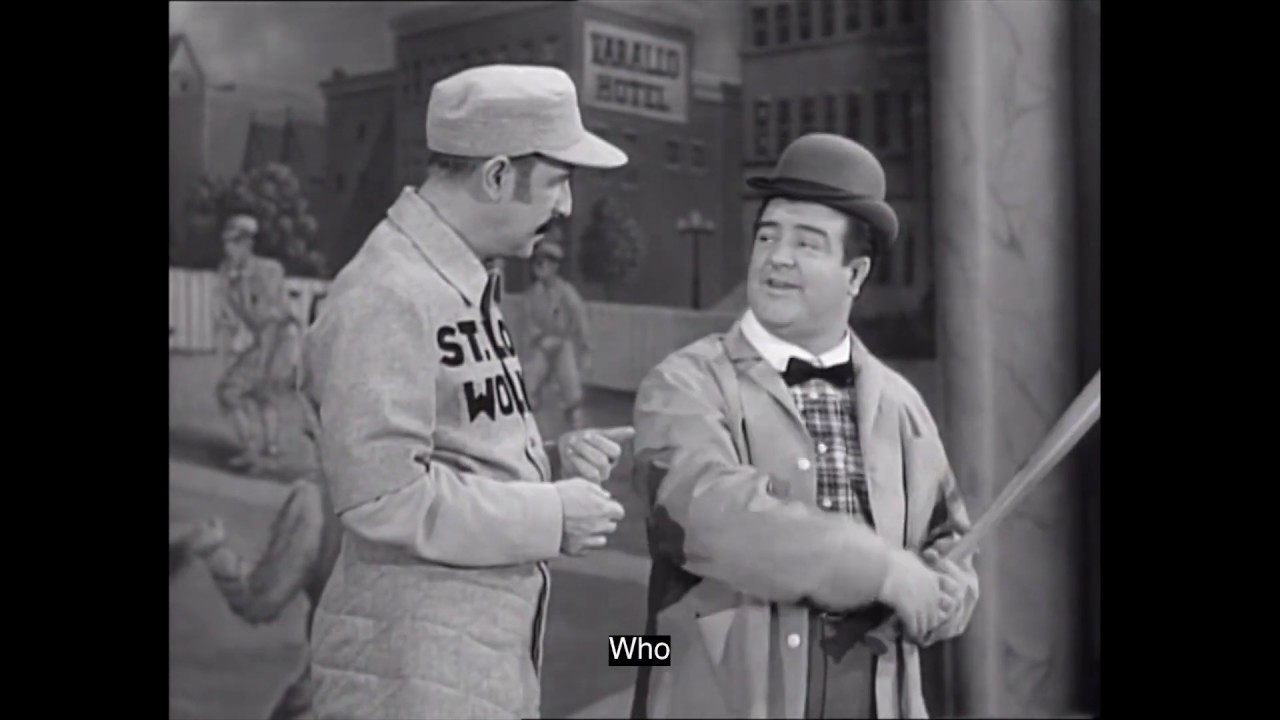 The timeless routine Who's on First by Abbott and Costello. This was filmed for the movie The Naughty Nineties between January 15, and March 1, 1945(with sub... 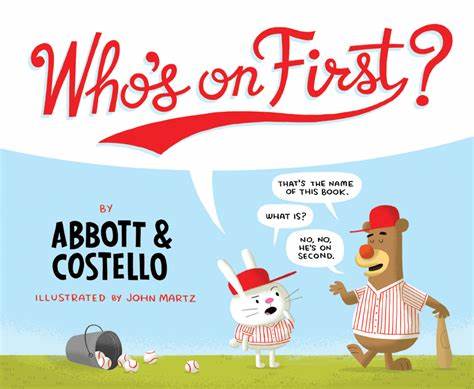 Xiangsheng - also known as crosstalk or comic dialogue, is a traditional performing art in Chinese comedy, and one of the most popular elements in Chinese culture. It is typically performed as a dialogue between two performers, or rarely as a monologue by a solo performer (similar to most forms of stand-up comedy in Western culture), or even less frequently, as a group act by multiple performers. The Xiangsheng language, rich in puns and allusions, is delivered in a rapid, bantering style, typically in the Beijing dialect (or in Mandarin Chinese with a strong northern accent). The acts would sometimes include singing, Chinese rapping, and musical instruments. Two performers from North America have studied the art of Xiangsheng. According to Canadian Xiangsheng comedian Dashan (Mark Rowswell), the closest English Xiangsheng-equivalent is "Who's on First?", a sketch by Abbott and Costello. 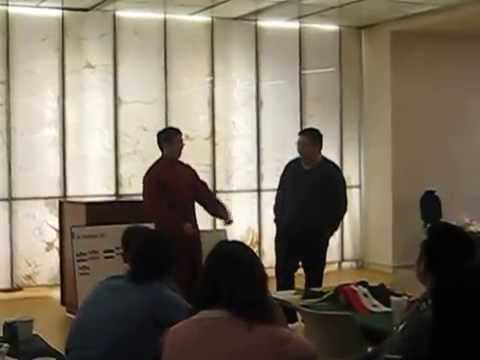 My friend and I performed Xiangsheng, a traditional form of comedy in China, at an event organized by the University of Toronto's Center for International Ex...

Henny Youngman (was an American comedian and musician famous for his mastery of the "one-liner", his best known being "Take my wife... please". In a time when many comedians told elaborate anecdotes, Youngman's routine consisted of telling simple one-liner jokes, occasionally with interludes of violin playing. These depicted simple, cartoon-like situations, eliminating lengthy build-ups and going straight to the punch line. Known as "the King of the One-Liners", a title conferred to him by columnist Walter Winchell,[citation needed] a stage performance by Youngman lasted only 15 to 20 minutes but contained dozens of jokes in rapid succession) 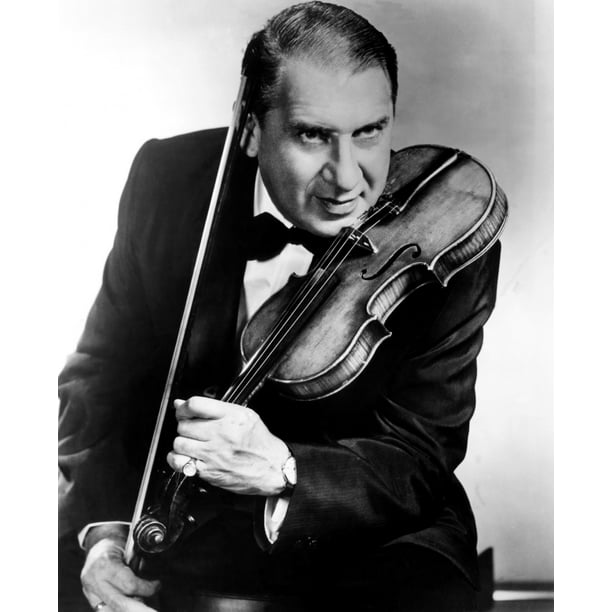 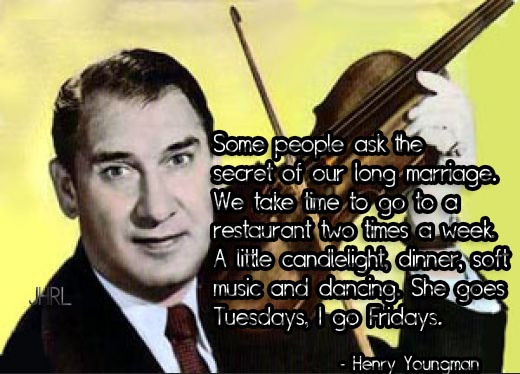 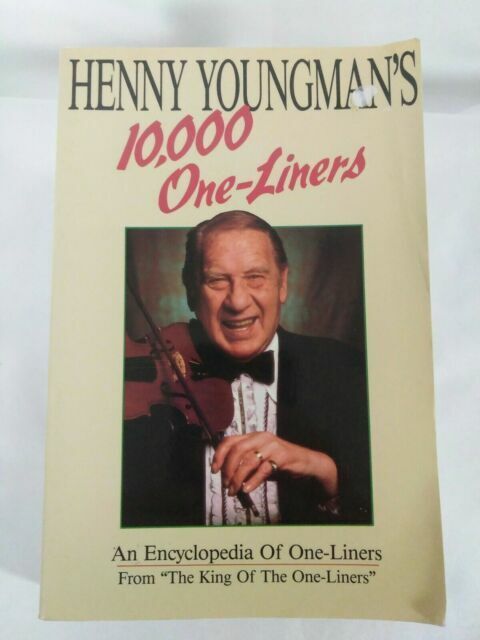 Samuel Joel "Zero" Mostel (February 28, 1915 – September 8, 1977) was an American actor, comedian, and singer. He is best known for his portrayal of comic characters such as Tevye on stage in Fiddler on the Roof, Pseudolus on stage and on screen in A Funny Thing Happened on the Way to the Forum, and Max Bialystock in the original film version of Mel Brooks' The Producers (1968).

As Tevye in Fiddler on the Roof 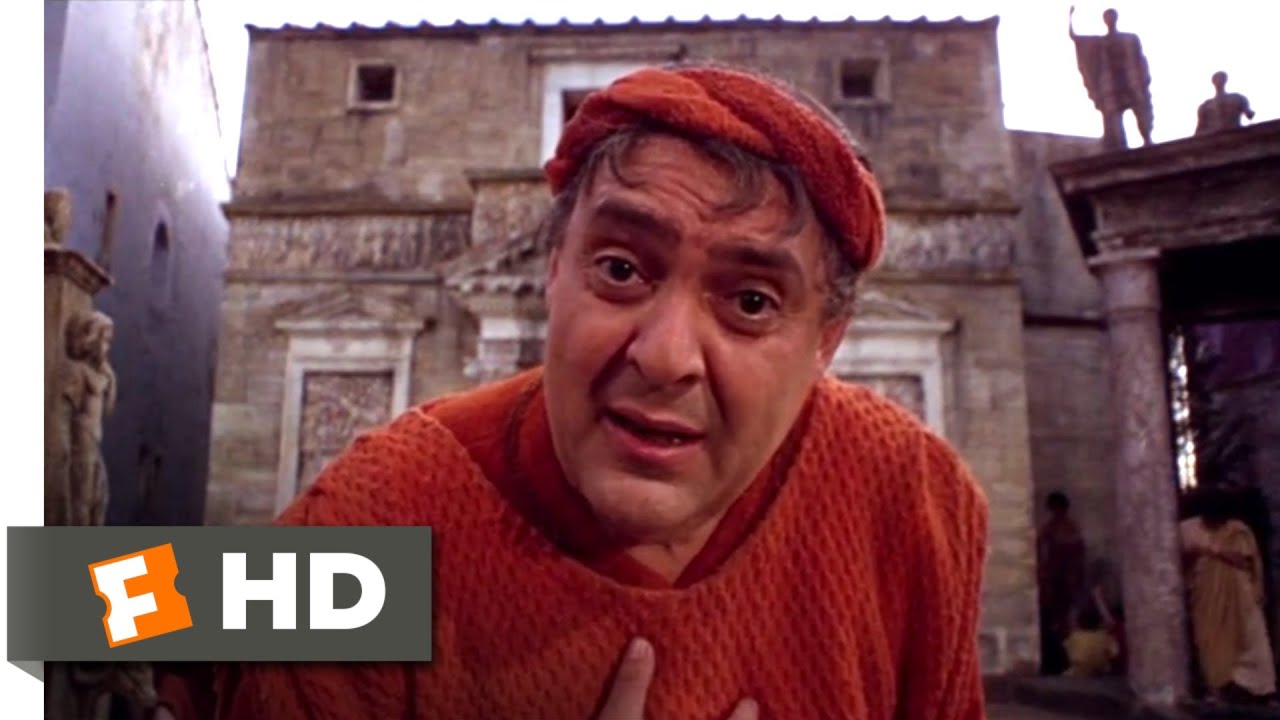 A Funny Thing Happened on the Way to the Forum - Comedy Tonight: Pseudolus (Zero Mostel) introduces the setting and characters of the story through song.BUY ...

Louie Anderson (born in St. Paul, MN, Louie was an American stand-up comedian, actor, author, and game show host. Anderson created the cartoon series Life with Louie and the television sitcom The Louie Show, and wrote four books, including Hey Mom: Stories for My Mother, But You Can Read Them Too, which was published in 2018. He was the fourth host of the game show Family Feud, from 1999 to 2002, in its third run and second revival. For his performance on the FX comedy television series Baskets, Anderson received three consecutive Primetime Emmy Award for Outstanding Supporting Actor in a Comedy Series nominations and won once in 2016. Anderson performed a stand-up show called Louie: Larger Than Life in Las Vegas, Nevada, from 2003 through 2012. The show originated at the Union Plaza hotel downtown, before moving to Excalibur, South Point, and Palace Station hotels) 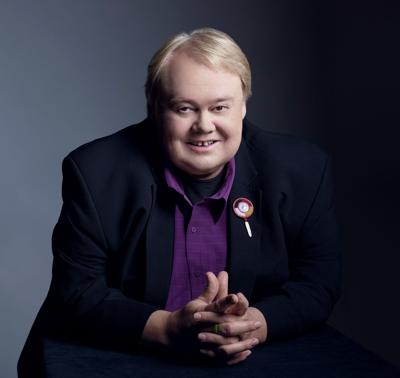 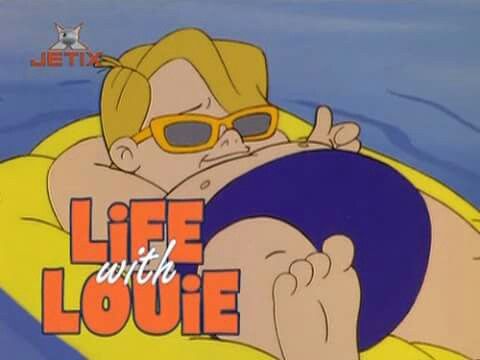 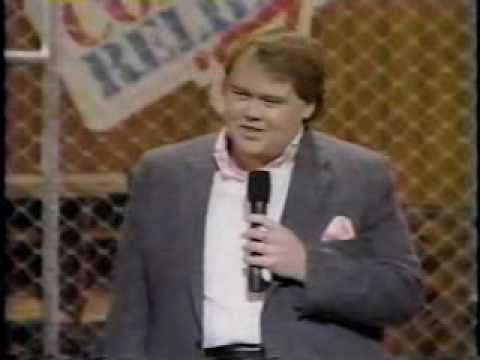 Alfred Hawthorne "Benny" Hill was an English actor, comedian, singer and writer. He is remembered for his television programme The Benny Hill Show, an amalgam of slapstick, burlesque and double entendre in a format that included live comedy and filmed segments, with Hill at the focus of almost every segment 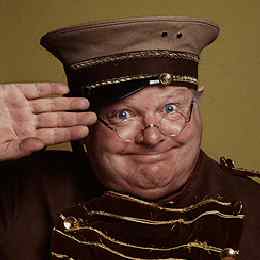 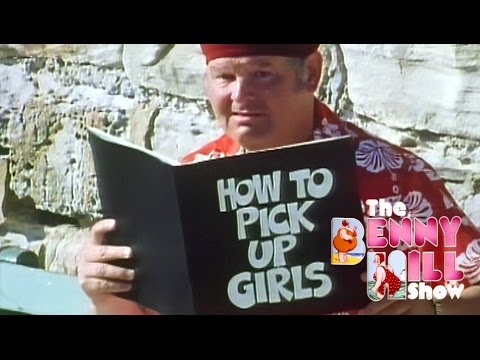 Benny is unsuccessful at picking up girls on a Sydney beach in Australia. Contains complete closing chase with credits intact.April. 12, 1978

Catch a Rising Star - is a chain of comedy clubs, founded in New York City in December 1972. It has since spread to other areas, such as Las Vegas and New Jersey. The original club in New York City was notable for its role in starting the careers of many famous singers and comedians, many of whom enjoyed later success in television, theater and film. Among these are: Pat Benatar, Billy Crystal, Robin Williams, Bill Maher, Joy Behar, Jerry Seinfeld, Andy Kaufman, Richard Belzer, Adam Sandler, Elayne Boosler, Eddie Murphy, Larry David, Ray Romano, Richard Lewis, Chris Rock, and Louis C.K. The original club has since gone out of business. Other locations throughout the US are located in Princeton, New Jersey, Reno, Las Vegas, Twin River Casino, Rhode Island and the new Catch A Rising Star on Broadway in New York. 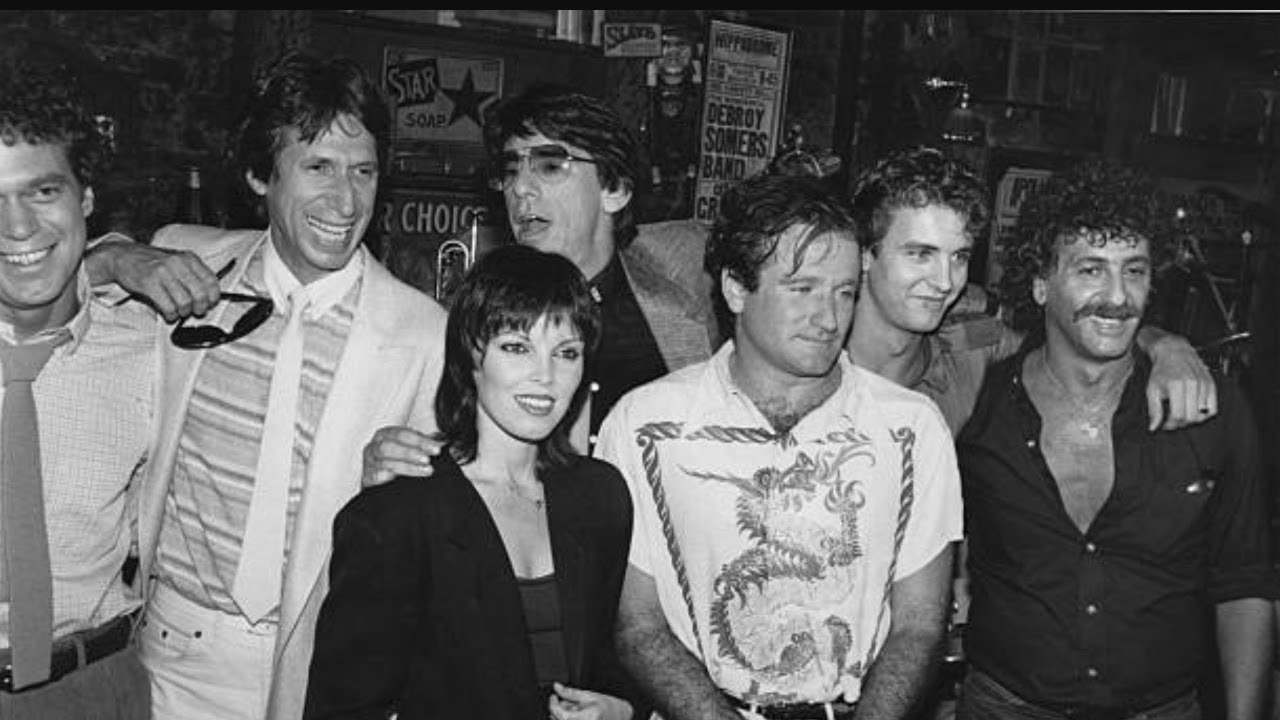 Comedy special commemorating the 10th Anniversary of the famed New York City club. Featuring performances by many of the era's most successful comics (plus s...

is a British television sitcom about the UK's Home Guard during the Second World War. It was written by Jimmy Perry and David Croft, and originally broadcast on BBC1 from 1968 to 1977. It ran for nine series and 80 episodes in total; a feature film released in 1971, a stage show and a radio version based on the television scripts. The series regularly gained audiences of 18 million viewers, and is still shown internationally.

The Home Guard consisted of local volunteers otherwise ineligible for military service, either because of age (hence the title Dad's Army) or by being in professions exempt from conscription. Most of the platoon characters depicted in Dad's Army are over military age, and the series stars several older British actors, including Arnold Ridley, John Laurie, Arthur Lowe and John Le Mesurier. Younger members of the cast included Ian Lavender, Clive Dunn (who, despite being one of the younger cast members, played the oldest guardsman, Lance Corporal Jones), and James Beck (who died suddenly during production of the sixth series in 1973). Other regular cast members included Frank Williams as the vicar, and Bill Pertwee as the chief ARP warden.

The series has influenced British popular culture, with its catchphrases and characters being well known. The Radio Times magazine listed Captain Mainwaring's "You stupid boy!" among the 25 greatest put-downs on TV 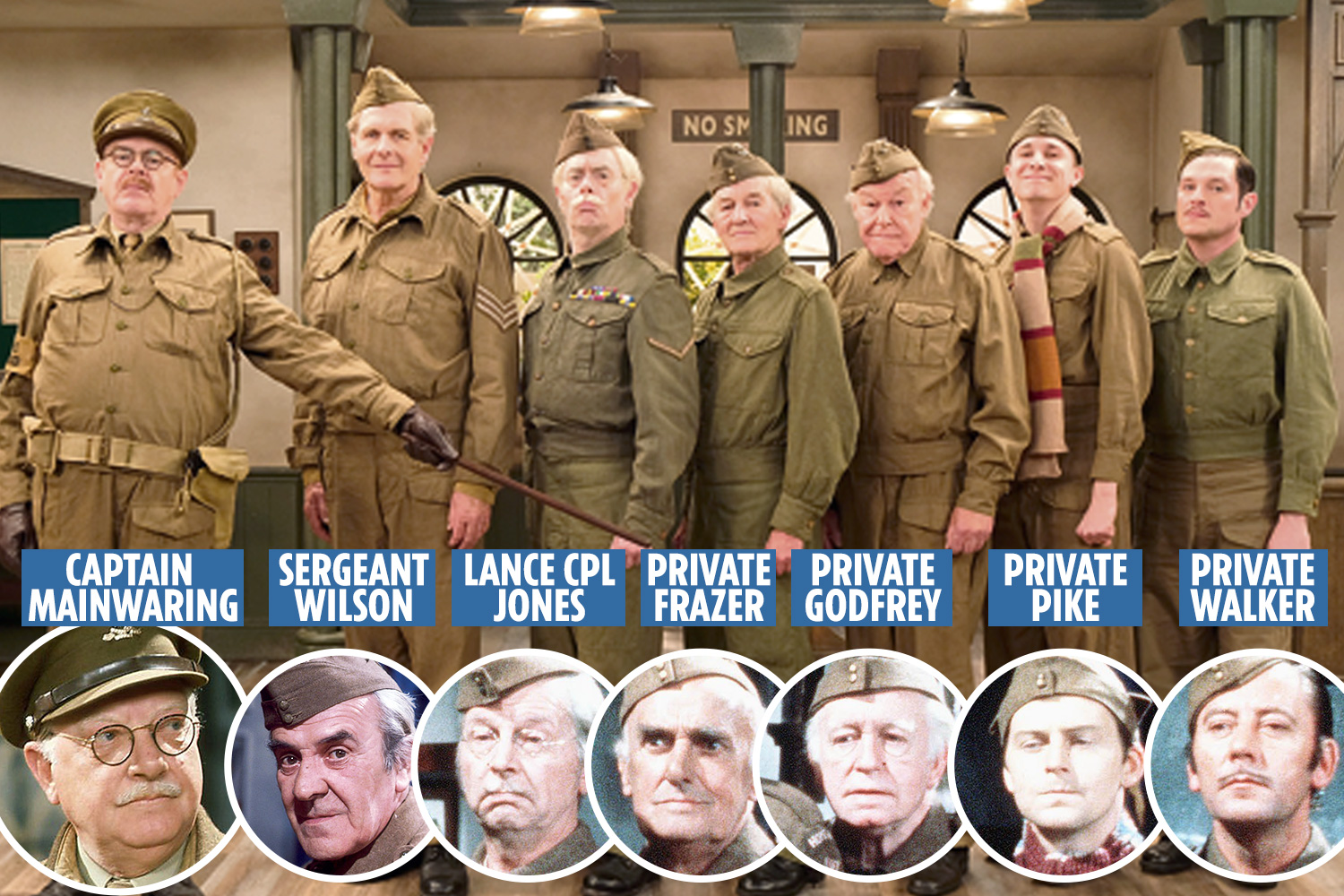 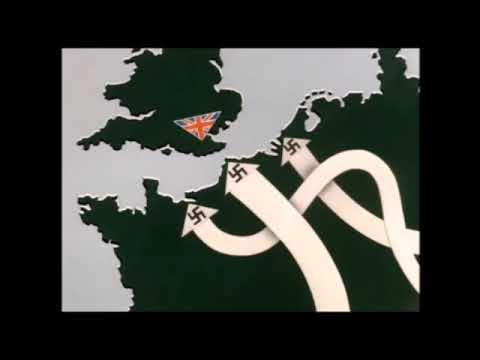 Who Do You Think You Are Kidding, Mr. Hitler? (Full Dad's Army Theme) - Bud Flanagan

Dad's Army's theme tune, "Who do you think you are kidding, Mr Hitler?" was Jimmy Perry's idea, intended as a gentle pastiche of wartime songs. It was the on...