Up Pompeii! is a British television comedy series broadcast between 1969 and 1970, starring Frankie Howerd. The first series was written by Talbot Rothwell, a scriptwriter for the Carry On films, and the second series by Rothwell and Sid Colin.

The series is set in ancient, pre-eruption Pompeii, with the players bearing Latinised names suggestive of their character. Howerd is the slave Lurcio (pronounced Lurk-io); his bumbling old master Ludicrus Sextus (Max Adrian, then Wallas Eaton), the promiscuous wife is Ammonia (Elizabeth Larner), their daughter Erotica (Georgina Moon) and their virginal son Nausius (Kerry Gardner). Other regulars are Senna the Soothsayer (Jeanne Mockford) who constantly warns of impending death and destruction and, in series one, Plautus (Willie Rushton) a semi-godlike figure, making pithy comments from a location somewhere between the clouds and Mount Olympus. Guest stars included several actresses from the Carry On film series, including Barbara Windsor, Wendy Richard and Valerie Leon.

The format was an exotic backdrop for an endless series of double entendres and risqué gags from Howerd, constantly breaking the fourth wall with asides to the live studio audience which go unheard by the other characters (a device harking back to classical theatre). 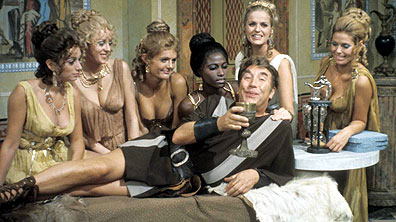 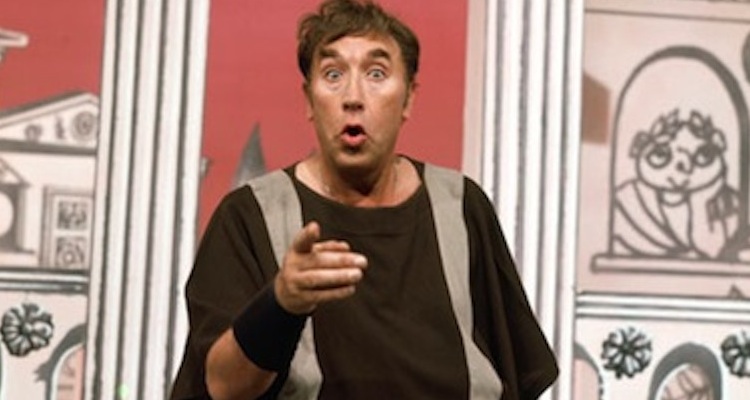 Jackie Vernon (was an American stand-up comedian and actor, who was best known for his role as the voice of Frosty the Snowman in the Rankin/Bass Productions Christmas special Frosty the Snowman and its sequel Frosty's Winter Wonderland) 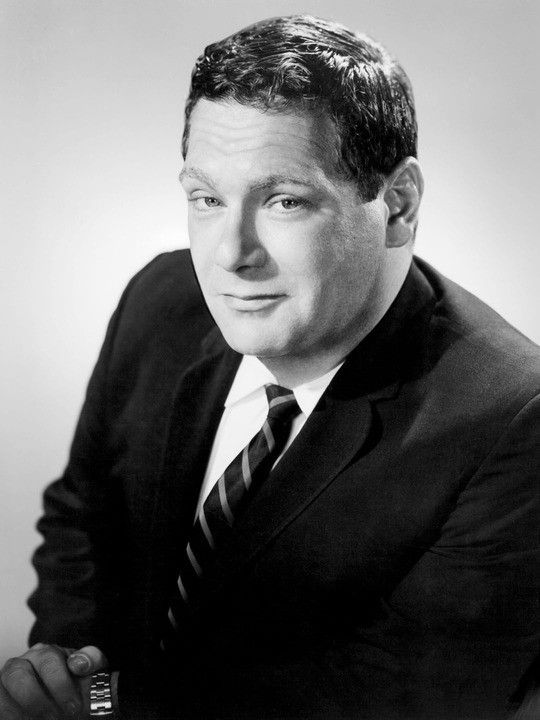 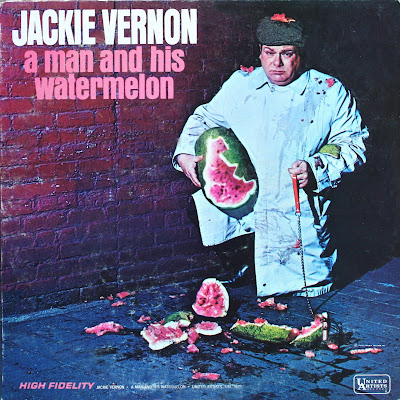 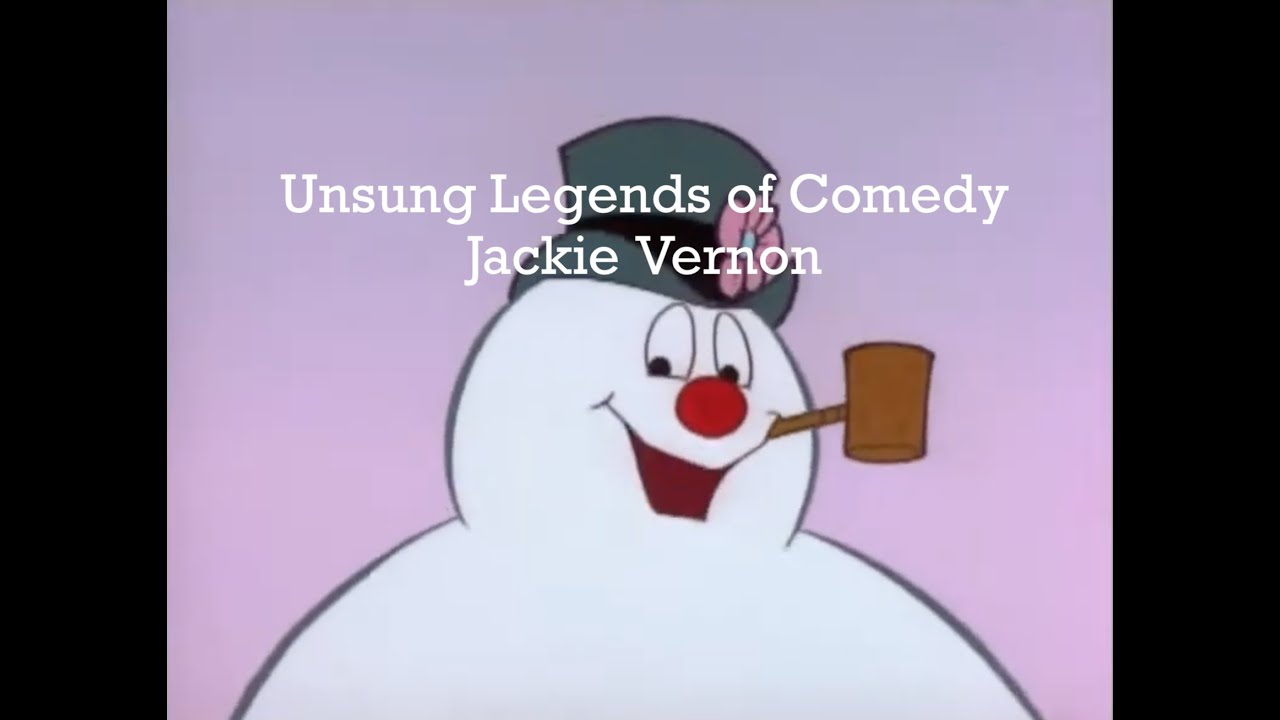 I'll Be Back On Christmas Day: Jackie Vernon

This episode of "Unsung Legends of Comedy" celebrates the life and work of comedian Jackie Vernon, best remembered as the original voice of Frosty the Snowma...

Welcome Back, Kotter - is an American sitcom starring Gabe Kaplan as a high school teacher in charge of a racially and ethnically diverse remedial class called the "Sweathogs." Recorded in front of a live studio audience, the series aired on ABC from September 9, 1975, to May 17, 1979. The show stars stand-up comedian and actor Gabriel "Gabe" Kaplan as the main character, Gabe Kotter, a wisecracking teacher who returns to his alma mater, James Buchanan High School in Bensonhurst, Brooklyn, New York, to teach a remedial class of loafers, the Sweathogs. The rigid vice principal, Michael Woodman (John Sylvester White), dismisses the Sweathogs as witless hoodlums and only expects Kotter to contain them until they drop out or are otherwise banished. As a former remedial student and a founding member of the original class of Sweathogs, Kotter befriends the current Sweathogs and stimulates their potential. The fictional James Buchanan High is based on the Brooklyn high school that Kaplan attended in real life, New Utrecht High School, which is also shown in the opening credits. Many of the show's characters were also based on people Kaplan knew during his teen years as a remedial student, several of whom were described in one of Kaplan's stand-up comic routines entitled "Holes and Mellow Rolls". 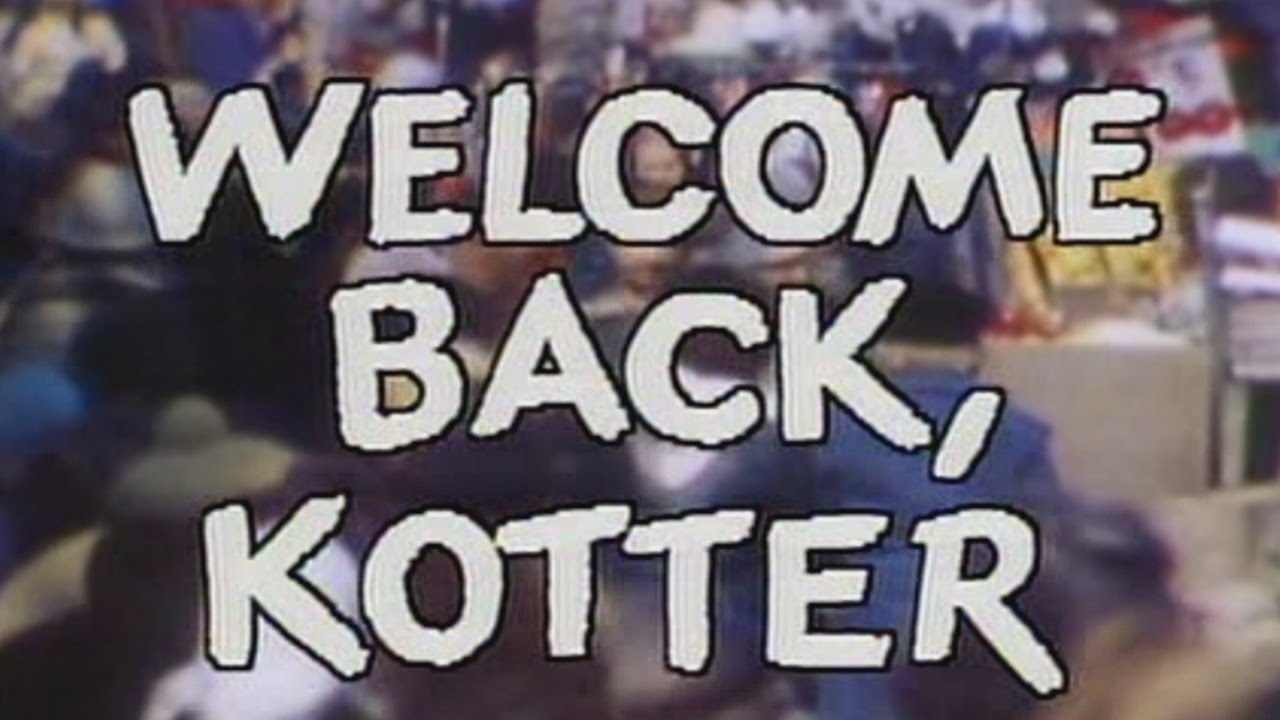 Aired on ABC for 4 seasons, Sept 1975 to May 1979.Theme by John Sebastian. Intro and outro with an extra verse. 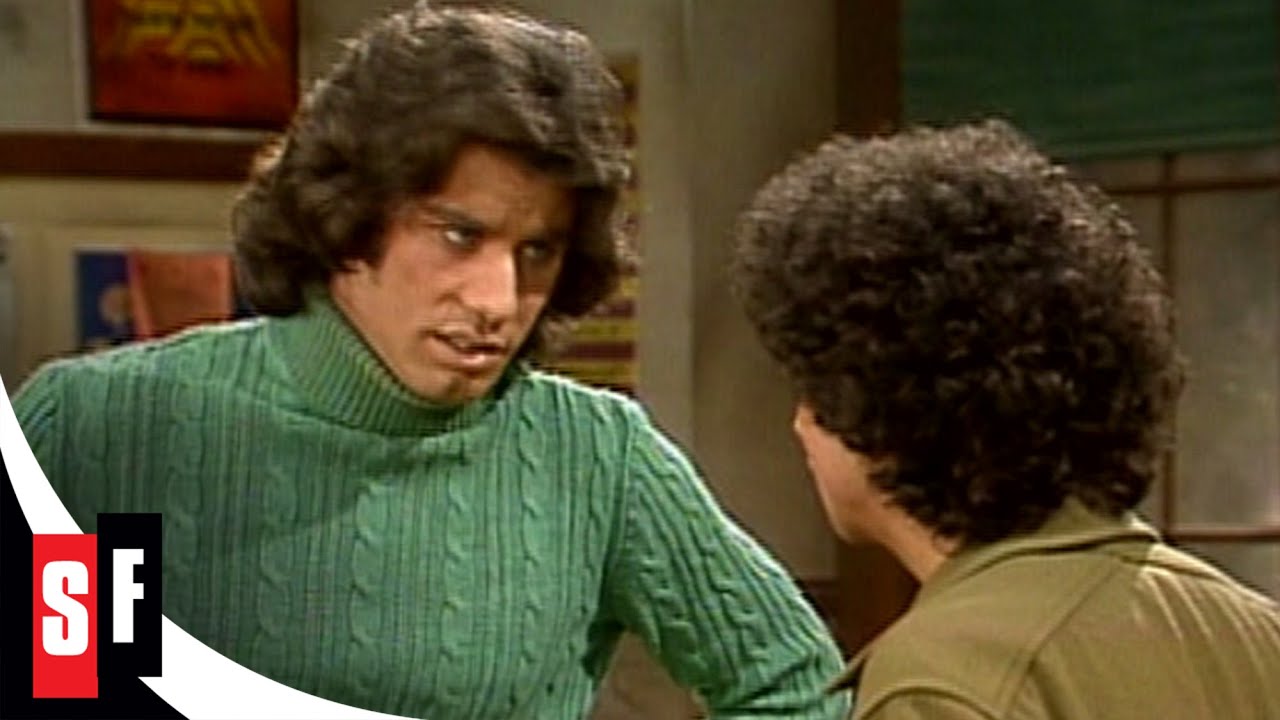 Check out Travolta (Vinnie Barbarino) strutting his stuff in the hit TV series Welcome Back, Kotter! You can grab the complete series at: http://www.shoutfac...

Xiaoshenyang, or Shen He, is a Chinese actor. He was a student of Zhao Benshan and was an errenzhuan performer before joining the film and television industry. 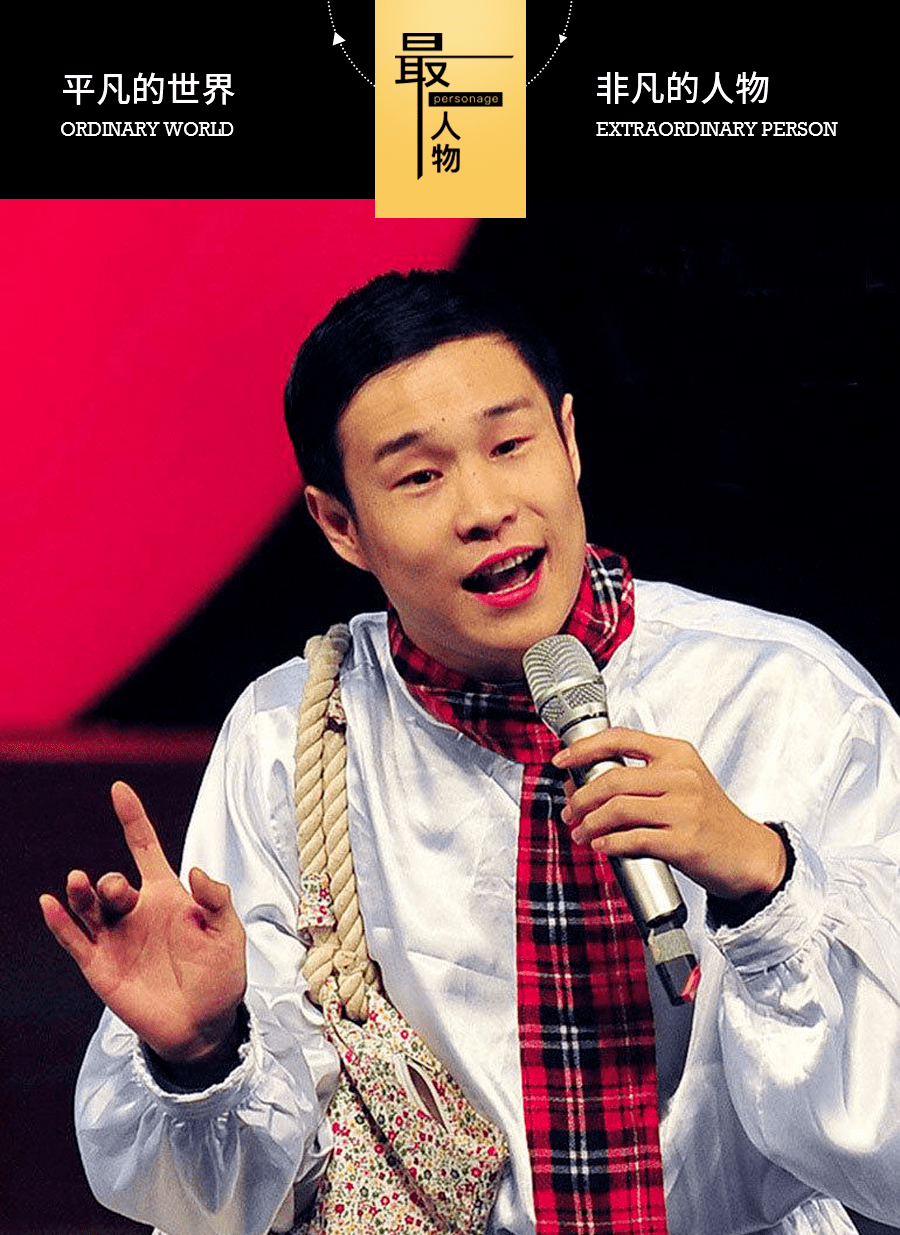 Yang Li (is a Chinese stand-up comedian and scriptwriter. Most known for her iconic punchline on the male psyche, "How can he be so average, yet so full of confidence?", Yang rose to fame in a Chinese stand-up comedy competition series Rock & Roast. Tackling controversial gender issues with humor and sarcasm, she received outpouring support as well as overwhelming backlash, stirring up a fierce online debate. The catchphrase "average-yet-confident" went viral on the Chinese social media platform Weibo and became one of the most popular memes among feminist internet users in 2020. Meanwhile, male netizens have accused Yang of "sexism" and "man-hating", provoking gender opposition and promoting hatred against men. Critics have characterized Yang and her followers as unreasonable feminists who demand privilege, while supporters defend Yang to be articulating the female perspective silenced in a patriarchal society) 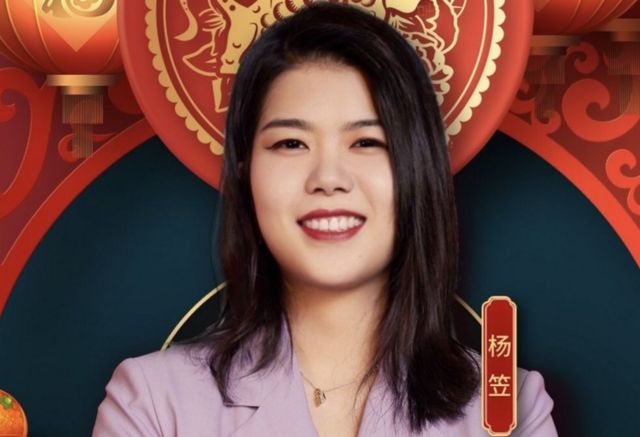 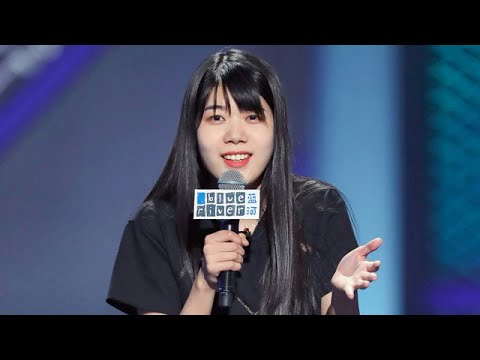 Zoey 101 - is an American comedy drama television series created by Dan Schneider for Nickelodeon and originally aired from January 9, 2005 to May 2, 2008. It focuses on the lives of a teenage girl Zoey Brooks (Jamie Lynn Spears), her brother Dustin (Paul Butcher), and her friends as they attend Pacific Coast Academy (PCA), a fictional boarding school in Southern California. It was nominated for an "Outstanding Children's Program" Emmy in 2005. Zoey 101 was the most expensive production ever for a Nickelodeon standard, as it was shot completely on location in Malibu. The series won three Young Artist Awards, two Nickelodeon Kids' Choice Awards and a Neox Fan Award. The entire series is currently available for purchase on DVD and on digital stores online, such as iTunes, Google Play, YouTube, Amazon Prime Video, and Paramount+.

I was going to include a video of the opening from YouTube, but I can't get it to work. It's just giving me a blue line and nothing else.

Aristophanes (was a comic playwright or comedy-writer of ancient Athens and a poet of Old Attic Comedy. Eleven of his forty plays survive virtually complete. These provide the most valuable examples of a genre of comic drama known as Old Comedy and are used to define it, along with fragments from dozens of lost plays by Aristophanes and his contemporaries. Also known as "The Father of Comedy" and "the Prince of Ancient Comedy", Aristophanes has been said to recreate the life of ancient Athens more convincingly than any other author. His powers of ridicule were feared and acknowledged by influential contemporaries; Plato singled out Aristophanes' play The Clouds as slander that contributed to the trial and subsequent condemning to death of Socrates, although other satirical playwrights had also caricatured the philosopher. Aristophanes' second play, The Babylonians (now lost), was denounced by Cleon as a slander against the Athenian polis. It is possible that the case was argued in court, but details of the trial are not recorded and Aristophanes caricatured Cleon mercilessly in his subsequent plays, especially The Knights, the first of many plays that he directed himself. "In my opinion," he says through that play's Chorus, "the author-director of comedies has the hardest job of all.") 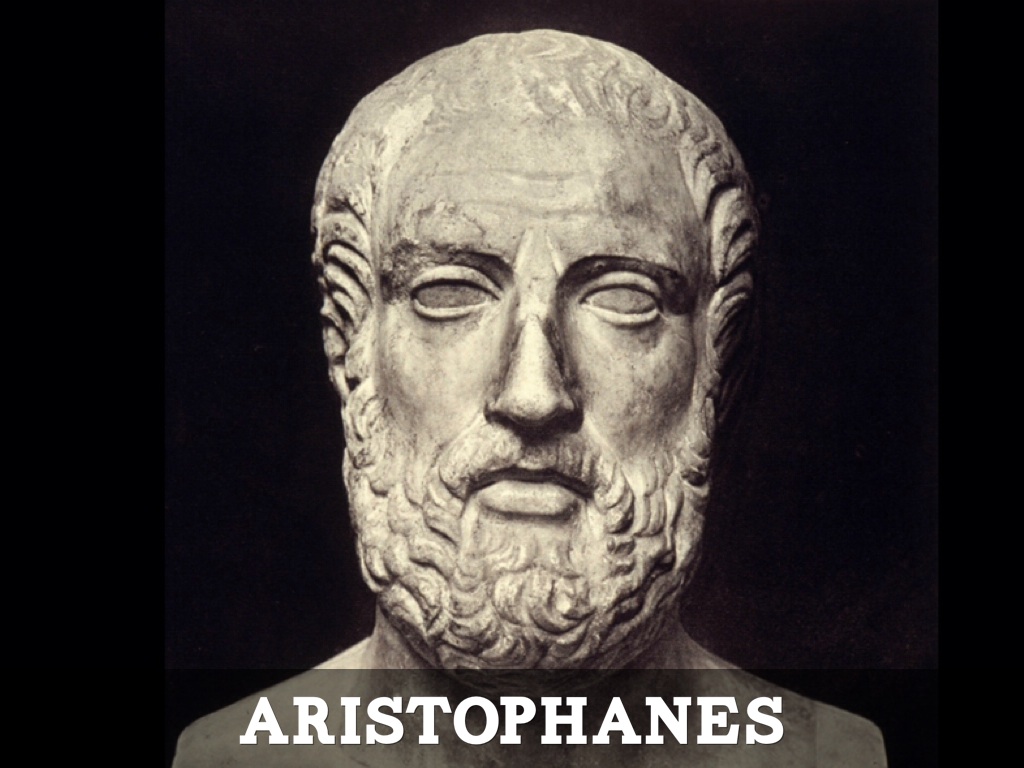 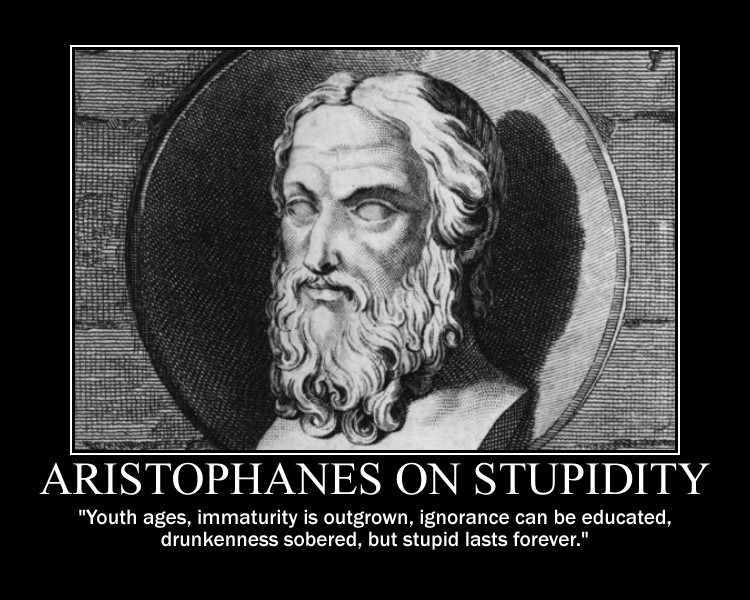 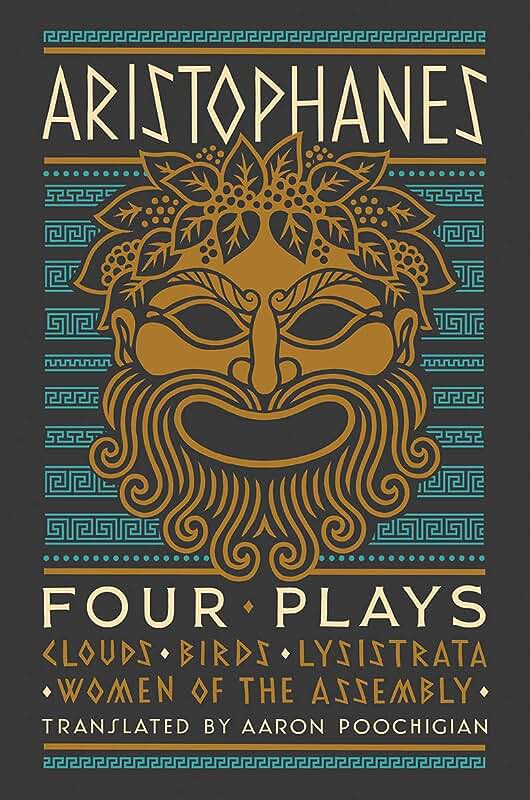 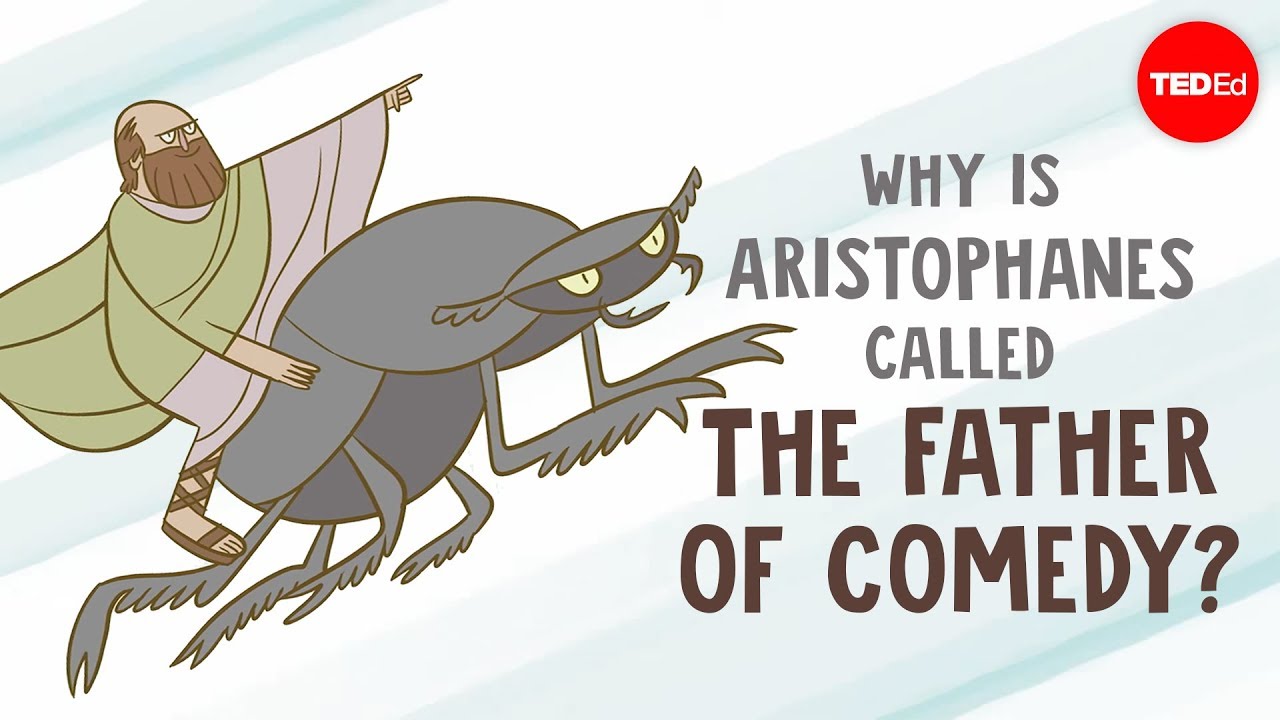 Why is Aristophanes called "The Father of Comedy"? - Mark Robinson

Jack Benny - Benjamin Kubelsky (February 14, 1894 – December 26, 1974), known professionally as Jack Benny, was an American entertainer, who evolved from a modest success playing violin on the vaudeville circuit to one of the leading entertainers of the twentieth century with a highly popular comedic career in radio, television, and film. He was known for his comic timing and the ability to cause laughter with a pregnant pause or a single expression, such as his signature exasperated summation "Well!" His radio and television programs, popular from 1932 until his death in 1974, were a major influence on the sitcom genre. Benny portrayed himself as a miser who obliviously played his violin badly and claimed perpetually to be 39 years of age. 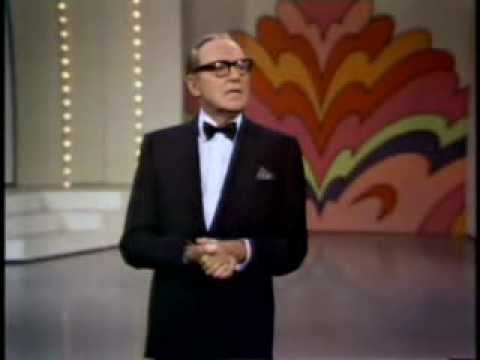 One Joke From Jack Benny (if I told you more it would ruin the bit:) 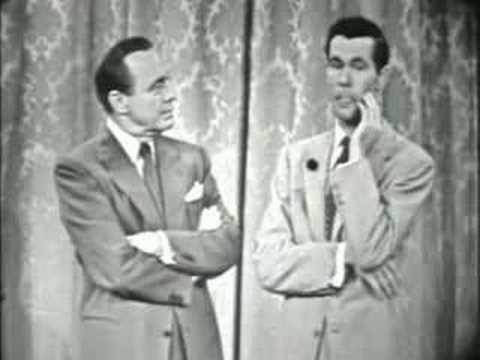 Originally aired in 1955 (season 6, episode 4) of the Jack Benny Program. Jack Benny (born Benjamin Kubelsky in 1894) was a contemporary of the Marx Brother...

Sir Charles Spencer Chaplin Jr. KBE was an English comic actor, filmmaker, and composer who rose to fame in the era of silent film. He became a worldwide icon through his screen persona, the Tramp, and is considered one of the film industry's most important figures 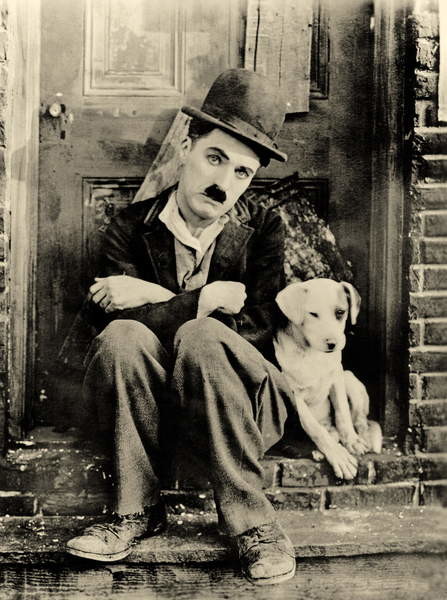 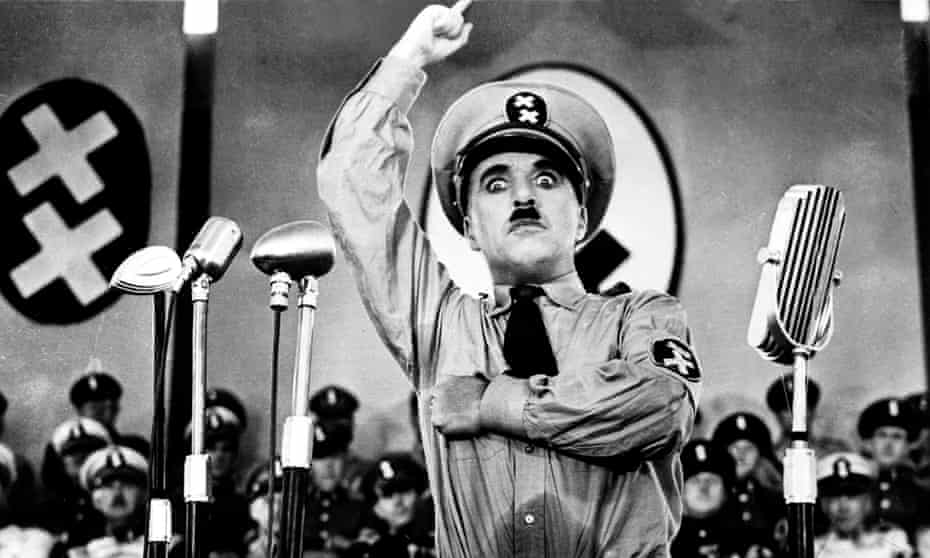