Eric Morecambe  and Ernie Wise , known as Morecambe and Wise (and sometimes as Eric and Ernie), were an English comic double act, working in variety, radio, film and most successfully in television. Their partnership lasted from 1941 until Morecambe's death in 1984. They have been described as "the most illustrious, and the best-loved, double-act that Britain has ever produced". 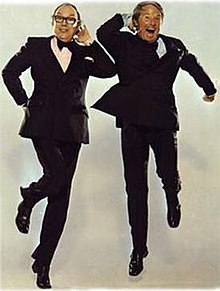 Night Court - is an American television sitcom that aired on NBC from January 4, 1984 to May 31, 1992. The setting was the night shift of a Manhattan municipal court presided over by a young, unorthodox judge, Harold "Harry" T. Stone (portrayed by Harry Anderson). 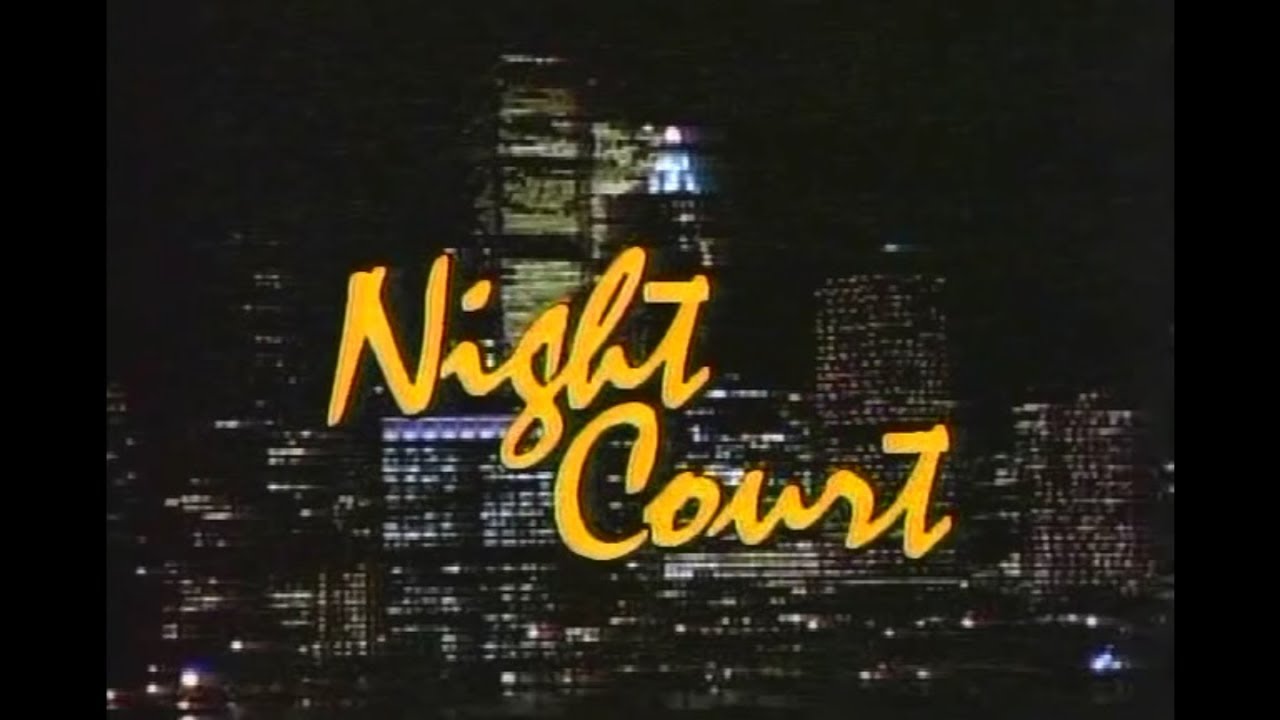 This is the opening and closing credits and theme song from season 4 of the hit show "Night Court." Lots more to come, request your favorites! 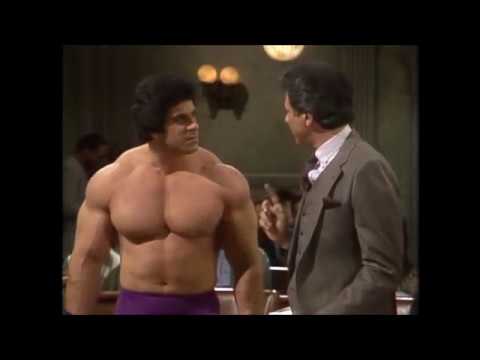 Open All Hours is a British television sitcom created and written by Roy Clarke for the BBC. It ran for 26 episodes in four series, which aired in 1976, 1981, 1982 and 1985. The programme developed from a television pilot broadcast in Ronnie Barker's comedy anthology series, Seven of One (1973). Open All Hours ranked eighth in the 2004 Britain's Best Sitcom poll.

The setting is a small grocer's shop in Balby, a suburb of Doncaster in South Yorkshire. The owner, Arkwright (Ronnie Barker), is a middle-aged miser with a stammer and a knack for selling. His nephew Granville (David Jason) is his put-upon errand boy, who blames his work schedule for his lacklustre social life.

Across the road lives Nurse Gladys Emmanuel (Lynda Baron), largely occupied by her professional rounds, and her elderly mother. Arkwright longs to marry Gladys, but she resists his persistent pressures. In later episodes it is explained that the two have been engaged for many years but have been unable to go through with a wedding due to the advanced age of her mother, for whom she cares at home, as well as the mutual loathing between her mother and Arkwright. Though short-tempered with her fiancé, she is concerned for his and Granville's welfare. 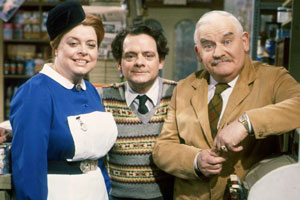 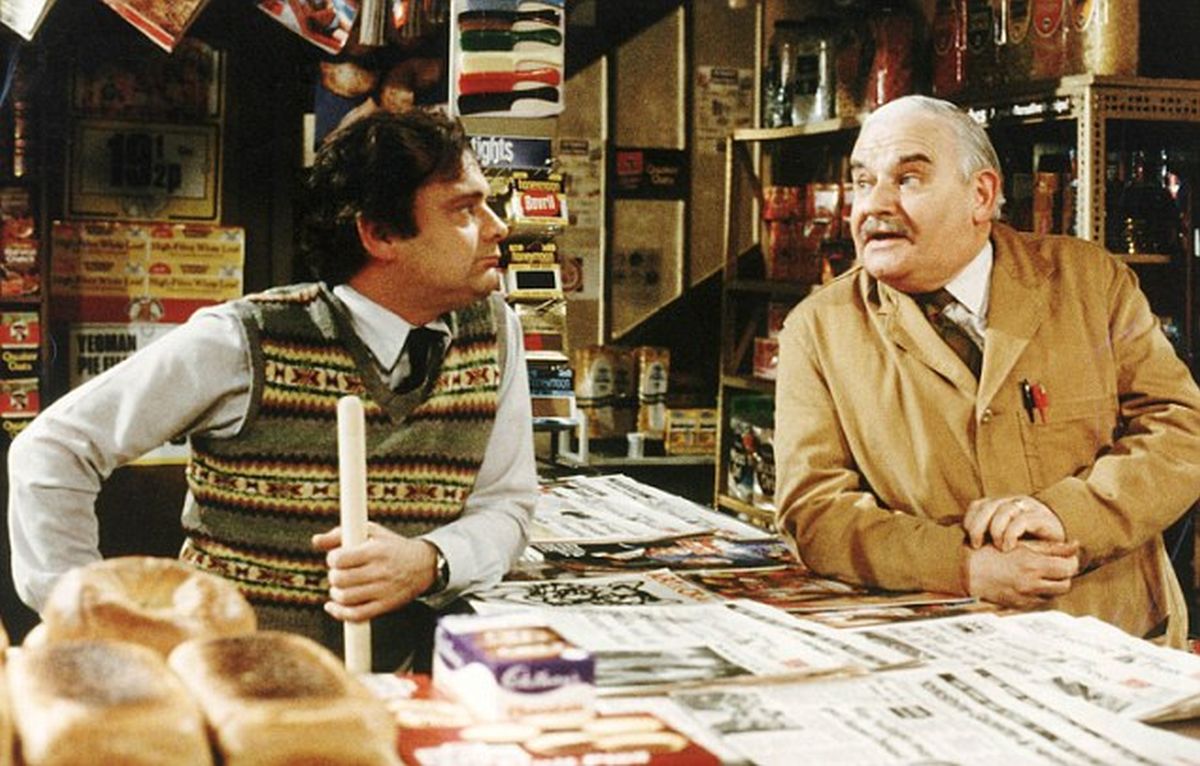 Police Academy - is a 1984 American comedy film about a group of good-hearted, but incompetent misfits enter the police academy, but the instructors there are not going to put up with their pranks. The story follows a new recruitment policy for an unnamed police department's academy that is required to take in any recruit who wishes to try out to be a police officer. The film stars Steve Guttenberg, Kim Cattrall, and G.W. Bailey. Police Academy premiered on March 23, 1984. It grossed $8.5 million in its opening weekend and over $149 million worldwide, against a budget of $4.5 million, and remains the most successful film of the series as of 2022. The film spawned six sequels in the Police Academy franchise. 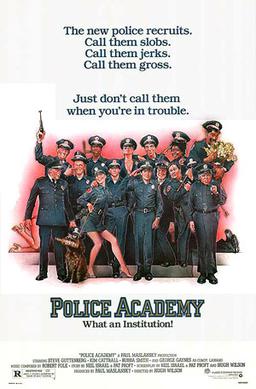 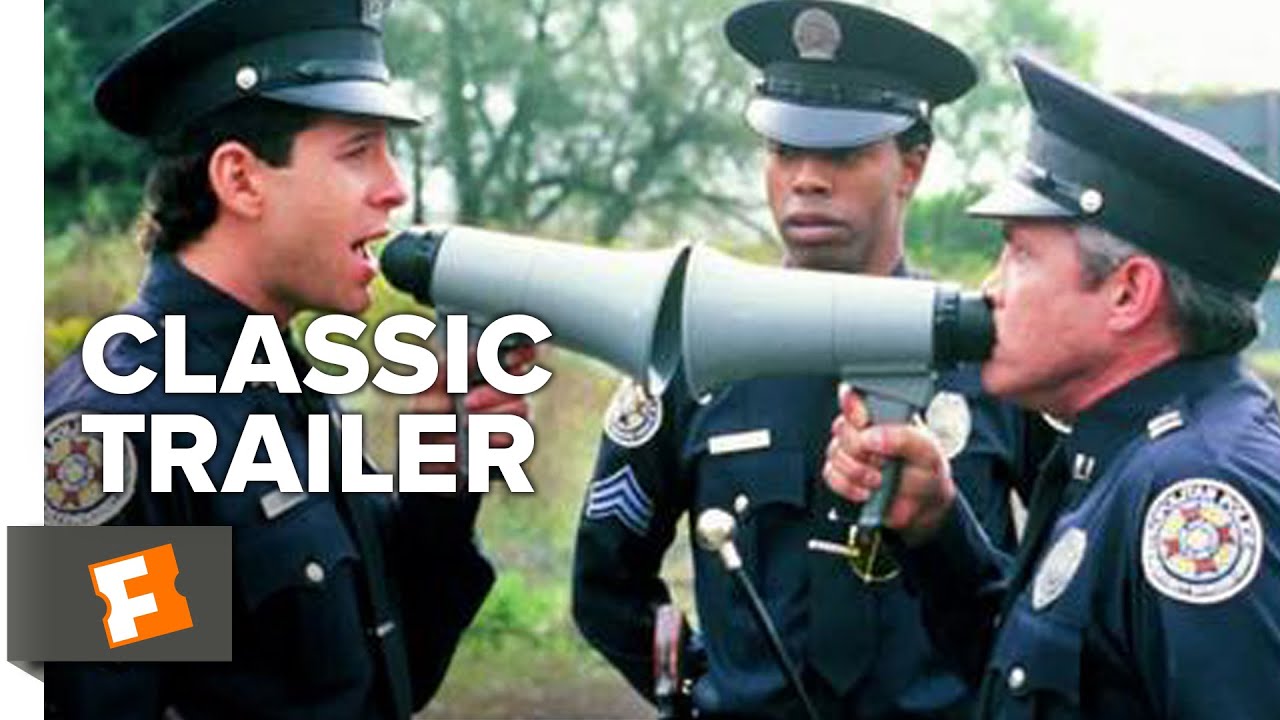 Q-Force (is an American adult animated comedy series on Netflix. In April 2019, Netflix ordered 10 episodes of the series, with Gabe Liedman as a showrunner, along with Sean Hayes, Todd Milliner, and others as executive producers. It was released on September 2, 2021. This series is about Queer Force (Q-Force), a group of undervalued LGBT superspies, and is centered on a gay secret agent who is like James Bond, Steve Maryweather (also known as Agent Mary), as they try to prove themselves on personal and professional adventures. One day, Mary decides to prove himself to the American Intelligence Agency (AIA), solve a case, and get the approval of the agency, but they have to add a new member to their team, a straight man) Red Dwarf is a British science fiction comedy franchise created by Rob Grant and Doug Naylor, which primarily consists of a television sitcom that aired on BBC Two between 1988 and 1999, and on Dave since 2009, gaining a cult following. The series follows low-ranking technician Dave Lister, who awakens after being in suspended animation for three million years to find that he is the last living human, and alone on the mining spacecraft Red Dwarf, save for Arnold Rimmer, a hologram of Lister's deceased bunkmate, and Cat, a life form which evolved from Lister's pregnant cat. 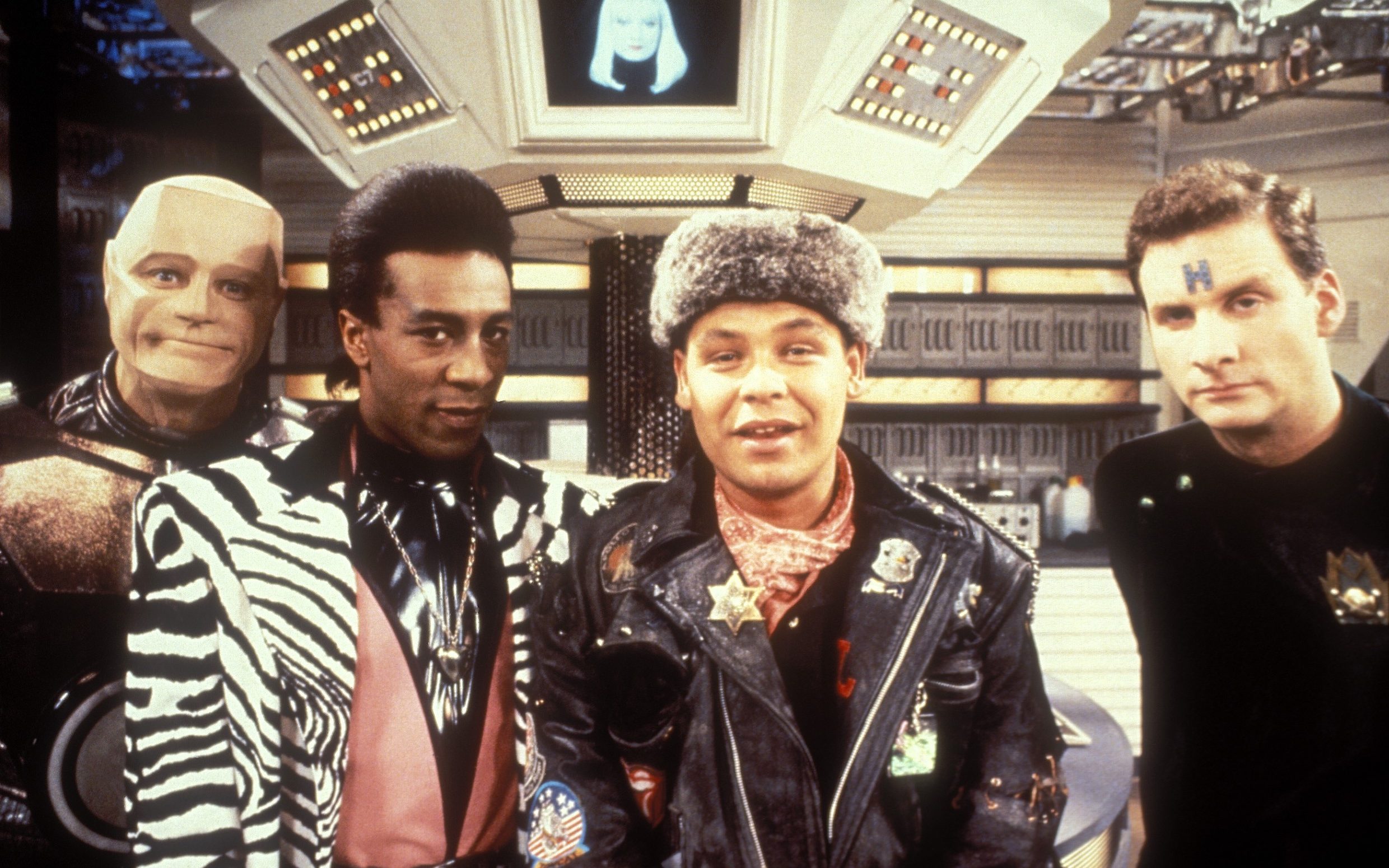 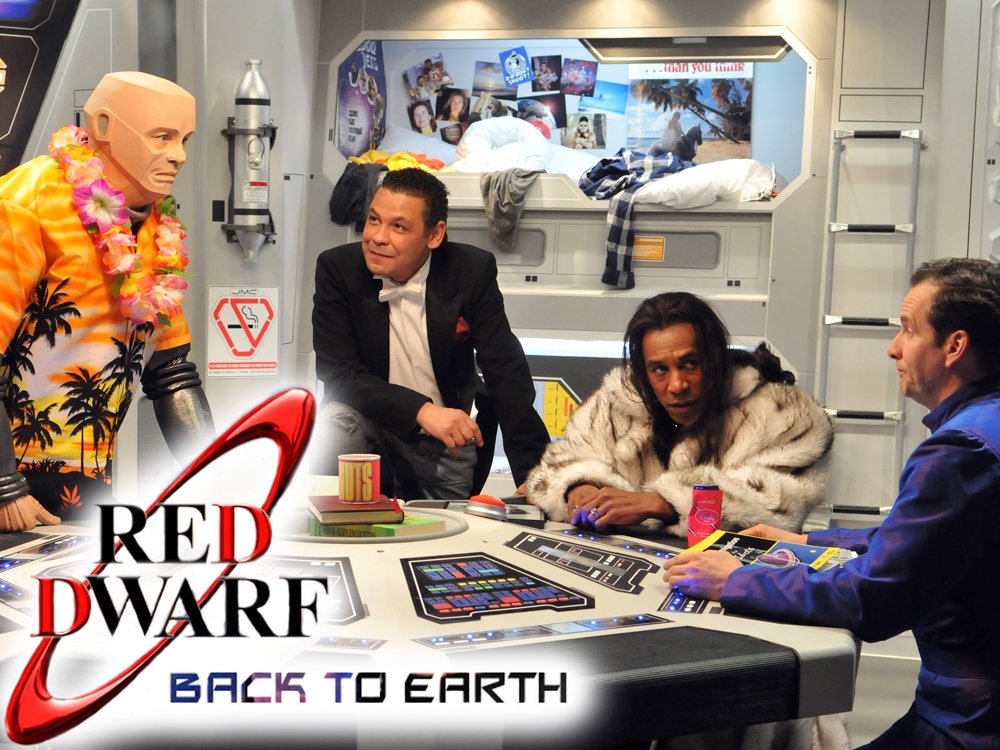 Jerry Stiller - (June 8, 1927 – May 11, 2020) was an American actor and comedian. He spent many years as part of the comedy duo Stiller and Meara with his wife, Anne Meara, to whom he was married for over 60 years until her death in 2015. Stiller saw a late-career resurgence starting in 1993, playing George Costanza's father Frank on the sitcom Seinfeld, a part which earned him an Emmy nomination. The year Seinfeld went off the air, Stiller began his role as the eccentric Arthur Spooner on the CBS comedy series The King of Queens, another role which garnered him widespread acclaim. Stiller appeared together with his son Ben Stiller in films such as Zoolander, Heavyweights, Hot Pursuit, The Heartbreak Kid, and Zoolander 2. He also performed voice-over work for films and television, including The Lion King 1½ and Planes: Fire and Rescue. In his later career, Stiller became known for portraying grumpy and eccentric characters who were nevertheless beloved.

On Seinfeld, as George Costanzo's father

As Arthur Spooner on The King of Queens 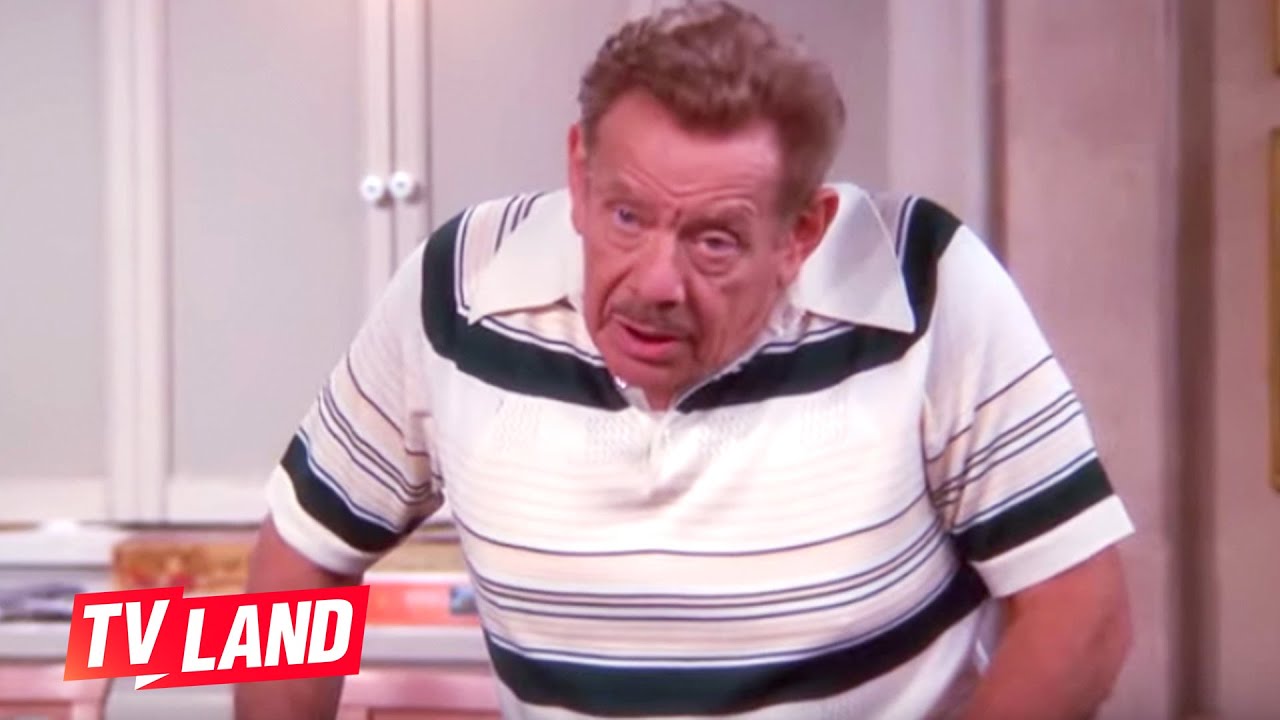 Terry-Thomas (10 July 1911 – 8 January 1990) was an English character actor and comedian who became internationally known through his films during the 1950s and 1960s. He often portrayed disreputable members of the upper classes, especially cads, toffs and bounders, using his distinctive voice; his costume and props tended to include a monocle, waistcoat and cigarette holder. His striking dress sense was set off by a 1⁄3-inch (8.5 mm) gap between his two upper front teeth.

Born in London, he made his film debut, uncredited, in The Private Life of Henry VIII (1933). He spent several years appearing in smaller roles, before wartime service with Entertainments National Service Association (ENSA) and Stars in Battledress. The experience helped sharpen his cabaret and revue act, increased his public profile and proved instrumental in the development of his successful comic stage routine. On his demobilisation, he starred in Piccadilly Hayride on the London stage and was the star of the first comedy series on British television, How Do You View? (1949). He appeared on various BBC Radio shows, and made a successful transition into British films. He appeared in Private's Progress (1956), The Green Man (1956), Blue Murder at St Trinian's (1957), I'm All Right Jack (1959) and Carlton-Browne of the F.O. (1959). 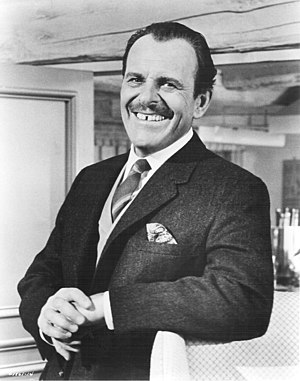 Underpants and Overbites (is a weekly funny online comic made in ink and watercolor. This is an autobio webcomic and made in Rochester, NY) 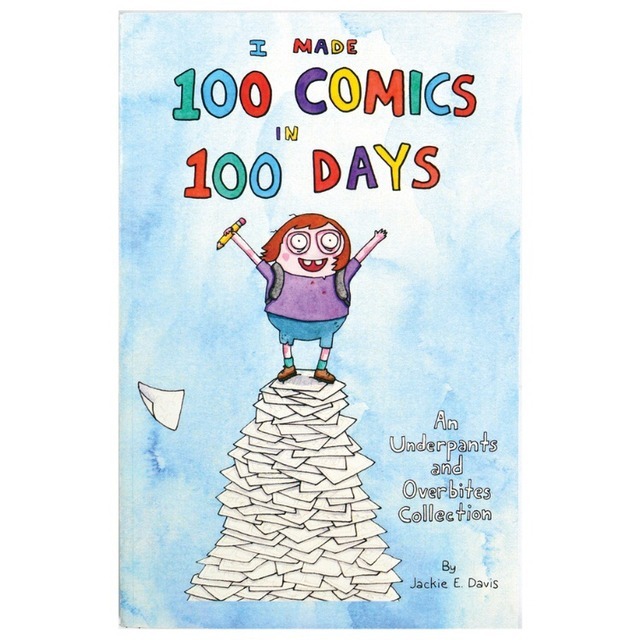 Underpants and Overbites_Final_v2_AW ending from Floating Home Films on Vimeo.

Vegas Vacation - is a 1997 American comedy film directed by Stephen Kessler in his feature directorial debut. It is the fourth installment in National Lampoon’s Vacation film series, and was written by Elisa Bell, based on a story by Bell and Bob Ducsay. The film stars Chevy Chase, Beverly D'Angelo, Randy Quaid, Wayne Newton, Ethan Embry, and Wallace Shawn. It tells the story of Clark Griswold taking his family to Las Vegas to renew his vows to Ellen as the usual hilarity occurs. The film opened at #4 at the box office and grossed over $36.4 million domestically. Vegas Vacation is the first theatrical Vacation film not to carry the National Lampoon label or a screenwriting credit from John Hughes. 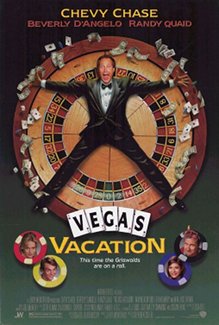 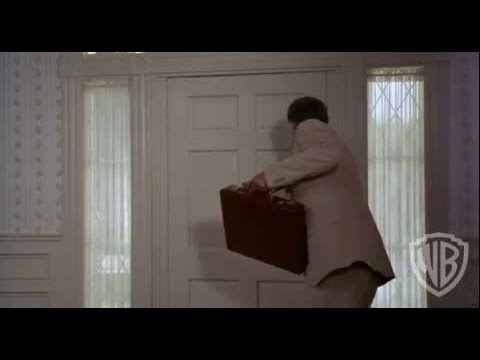 The Griswold family hits the road again for a typically ill-fated vacation, this time to the glitzy mecca of slots and showgirls, Las Vegas.