Not really a joke, but you might get a chuckle out this.

Remember Slow Food?  'Someone asked the other day, 'What was your favorite fast food when you were growing up?'
'We didn't have fast food when I was growing up, I informed him. 'All the food was slow.'
'C'mon, seriously. Where did you eat?'
'It was a place called 'at Home,'' I explained. !
'Mom cooked every day and when Dad got home from work, we sat down together at the dining room table, and if I didn't like what she put on my plate I was allowed to sit there until I did like it.'
By this time, the kid was laughing so hard I was afraid he was going to suffer serious internal damage, so I didn't tell him the part about how I had to have permission to leave the table.
But here are some other things I would have told him about my childhood if I figured his system could have handled it :
Some parents NEVER owned their own house, never wore Levis, never set foot on a golf course, never traveled out of the country or had a credit card.  In their later years they had something called a revolving charge card. The card was good only at  Sears Roebuck. Or maybe it was Sears & Roebuck.  Either way, there is no Roebuck anymore. Maybe he died.
My parents never drove me to soccer practice. This was mostly because we never had heard of soccer.
I had a bicycle that weighed probably 50 pounds, and only had one speed.(Slow).
We didn't have a television in our house until I was 11.
It was, of course, black and white, and the station went off the air at midnight, after playing the national anthem and a poem about God; it came back on the air at about 6 a.m. And there was usually a locally produced news and farm show on, featuring local people.
I was 19 before I tasted my first pizza, it was called 'pizza pie.' When I bit into it, I burned the roof of my mouth and the cheese slid off, swung down, plastered itself against my chin and burned. It's still the best pizza I ever had.
I never had a telephone in my room. The only phone in the house was in the living room and it was on a party line. Before you could dial, you had to listen and make sure some people you didn't know weren't already using the line.
Pizzas were not delivered to our home.  But milk was.
All newspapers were delivered by boys and all boys delivered newspapers

LOL ... those are great, Di! And I remember most of them.

I never had a bike. My mom said it was too dangerous to ride them on the road - we were only 2 miles from town but it was a "country" road. Anytime I visited a friend who lived in a subdivision and had bikes, that's all I wanted to do.

These are great!  I remember all of them (some not so fondly.). Not only was the dimmer switch on the floor boards but you had the clutch, brake and gas pedal to deal with and only two feet...remember stopping on a hill in a 40 something pickup with the high beams on and a neighbor was coming the other way? 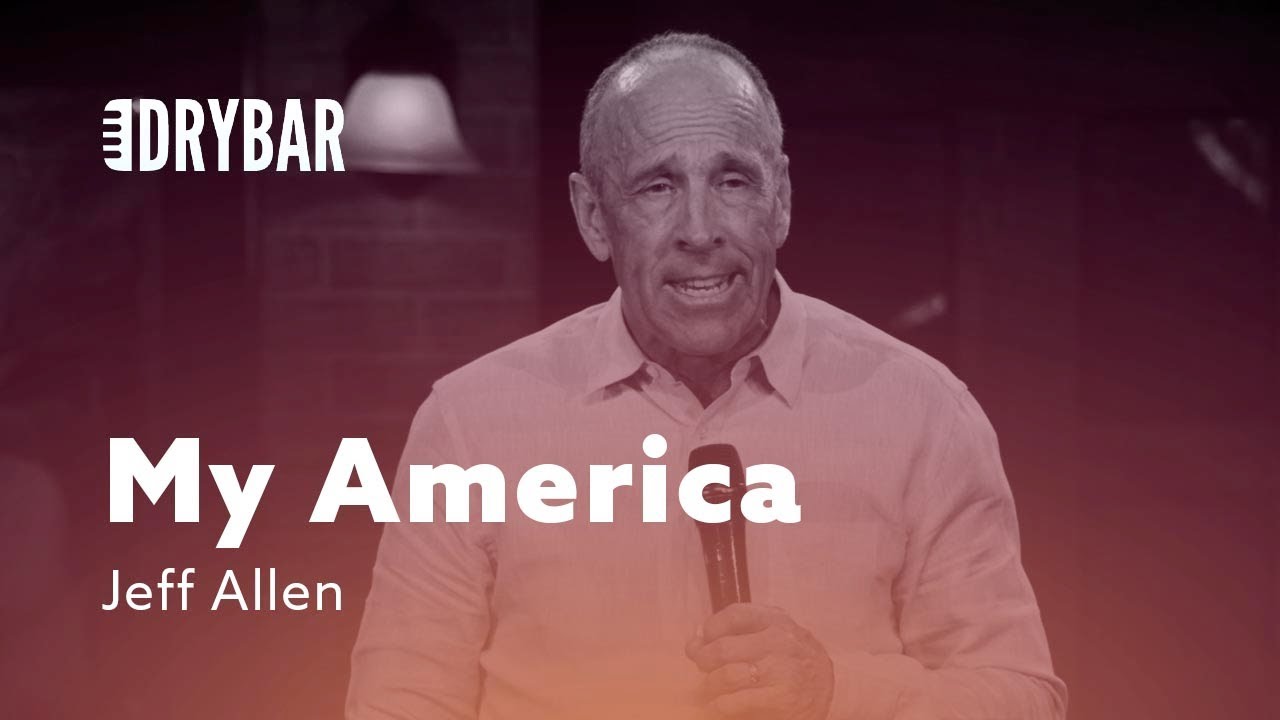 The America I Grew Up In. Jeff Allen

The America I Grew Up In looks a lot different than the America we have today. If America looks different to you too, check out "I Can Laugh About It Now" by...

I remember all the listed past stories. My brother, who was married, came home to pick something up and heard someone talking. He discovered the mailman, when he put the mail in the back door called to the cats, who came for some petting.It was more usual to leave doors unlocked than to lock them. In my small town, it was a more innocent time,

A man came home from work, and had to stop to remove the bikes from the driveway before he could park. The lawn was littered with toys. Inside the house, the kids, in their pyjamas, were snaking as they watched the TV. The kitchen was a disaster - dirty dishes and food everywhere. He went upstairs where his wife was in bed. He asked, horrified, what happened. She answered, you know how you ask every night what I do all day Today I didn’t.

OMG, they are too funny.  I also didn't have a telephone in my room, it was in the living room and had a dial on it.  Had a TV, also in the living room, that was black & white; bought the first color TV in the house when I started working, and it was all of about 13 inches.  But I still remember watching all my shows for the first time in color.  It was glorious.

Walked to elementary school, took two mass transit buses to get to high school.  Didn't have central air conditioning, not even sure I knew what that was.  Already mentioned in another post, needed a garter belt to hold up stockings...no pantyhose.  But I remember fondly when those Leggs plastic egg containers first came out.  My dad used onion peelings to die Easter eggs.

And I learned how to type on a manual typewriter with cloth ribbon that was divided in half; top half black, bottom half red.  And don't forget the carbon paper and onionskin for copies.

Geez, all that made me feel very, very old.