Ozzie Osbourne Bites the Head Off a Bat (1982-During a concert, January 20, 1982, a fan threw him a bat. Ever the showman Ozzie decided to bite it's head off. In his defense, he thought it was a fake bat. He started to bite it and then spit it out when he realized it was real. He had to have daily rabies shots as a precaution)

Pet Sematary is a 1983 horror novel by American writer Stephen King. The novel was nominated for a World Fantasy Award for Best Novel in 1986, and adapted into two films: one in 1989 and another in 2019.

Queen Mother Coin (1980-The coin was issued by the Royal Mint to commemorate the Queen's 80th birthday. The coin features the Queen Mother in the center, with lions and bows around her. It also has the text "QUEEN ELIZABETH THE QUEEN MOTHER 4 AUGUST 1980")

The Verdict is a 1982 American legal drama film. It stars Paul Newman, Charlotte Rampling, Jack Warden, James Mason, Milo O'Shea, and Lindsay Crouse. In the story, a down-on-his-luck alcoholic lawyer accepts a medical malpractice case to improve his own situation, but discovers along the way that he is doing the right thing. The Verdict garnered critical acclaim and box office success. The film was nominated for five Academy Awards, including Best Actor in a Leading Role (Paul Newman), Best Actor in a Supporting Role (James Mason), Best Director (Sidney Lumet), Best Picture, and Best Adapted Screenplay (David Mamet). 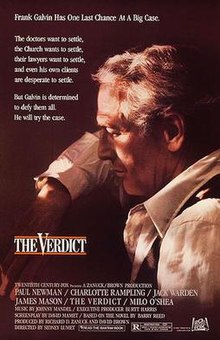 Wayne Gretzky Traded to the LA Kings (1988- Gretzky, the captain and the heart and soul of the dynastic Edmonton Oilers, was traded to the Los Angeles Kings on August 9, 1988. It had an immediate impact on the team's performance, eventually leading them to the 1993 Stanley Cup Finals, and he is credited with popularizing hockey in California)

The Xi'an Incident is a 1981 Chinese historical drama film.  It was produced by the Xi’an Film Studio and seeks to be a historically accurate representation of the 1936 Xi'an Incident.