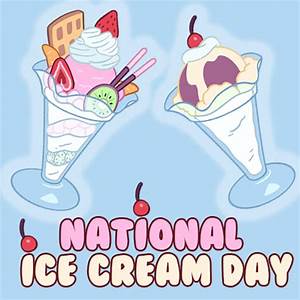 October Revolution-1917 (officially known in Soviet historiography as the Great October Socialist Revolution and commonly referred to as the October Uprising, the October Coup, the Bolshevik Revolution, the Bolshevik Coup or the Red October, was a revolution in Russia led by the Bolshevik Party of Vladimir Lenin that was instrumental in the larger Russian Revolution of 1917–23. It took place through an armed insurrection in Petrograd on 7 November 1917)

Prince Harry and Meghan Markle wed on 19 May 2018. The groom, Prince Harry, is a member of the British royal family; the bride, Meghan Markle, is American and previously worked as an actress. On the morning of the wedding, Prince Harry's grandmother, Queen Elizabeth II, conferred upon him the titles of Duke of Sussex, Earl of Dumbarton and Baron Kilkeel. On her marriage, Markle became Duchess of Sussex, Countess of Dumbarton and Baroness Kilkeel. The Archbishop of Canterbury, Justin Welby, officiated at the wedding using the standard Anglican church service for Holy Matrimony published in Common Worship, the liturgical text of the Church of England. The traditional ceremony was noted for the inclusion of African American culture.

QVC-Founded 1986 (is an American free-to-air television network, and flagship shopping channel specializing in televised home shopping that is owned by Qurate Retail Group. Founded in 1986 by Joseph Segel in West Chester, Pennsylvania, United States, QVC broadcasts to more than 350 million households in seven countries, including channels in the UK, Germany, Japan, and Italy, along with a joint venture in China with China National Radio called CNR Mall)

Roots first aired on ABC in January 1977. It is an American television miniseries based on Alex Haley's 1976 novel Roots: The Saga of an American Family. Roots received 37 Primetime Emmy Award nominations and won nine. It also won a Golden Globe and a Peabody Award. It received unprecedented Nielsen ratings for the finale, which still holds a record as the third-highest-rated episode for any type of television series, and the second-most watched overall series finale in U.S. television history. It was produced on a budget of $6.6 million.

Statue of Liberty-Dedicated Oct 28, 1886 (is a colossal neoclassical sculpture on Liberty Island in New York Harbor in New York, in the United States. The copper statue, a gift from the people of France to the people of the United States, was designed by French sculptor Frédéric Auguste Bartholdi and its metal framework was built by Gustave Eiffel. The statue was dedicated on October 28, 1886)

Theodore Roosevelt sworn in as President after McKinley’s death on Sept. 14, 1901. On September 6, 1901, President McKinley was attending the Pan-American Exposition in Buffalo, New York when he was shot by Leon Czolgosz. Roosevelt was vacationing in Vermont, and traveled to Buffalo to visit McKinley in the hospital. It appeared that McKinley would recover, so Roosevelt resumed his vacation in the Adirondacks. When McKinley's condition worsened, Roosevelt again traveled to Buffalo. McKinley died on September 14, and Roosevelt was informed while he was in North Creek; he continued on to Buffalo and was sworn in as the nation's 26th president at the Ansley Wilcox House. At the time, he had only been Vice President for six months.