Zöggeler wins Olympic Gold in 2002 men’s single luge event.  Armin Zöggeler is a retired Italian luger and double Olympic champion. He is one of the most successful men in the sport and described as the sport's equivalent of Michael Jordan. At the Winter Olympic Games, Zöggeler has won six medals in six consecutive Olympics - a record in this sport.

Assassination of Archduke Ferdinand-June 28, 1914 (assassination of Archduke Franz Ferdinand of Austria, heir presumptive to the Austro-Hungarian throne, and Franz Ferdinand's wife Sophie, Duchess of Hohenberg, occurred on 28 June 1914 in Sarajevo when they were mortally wounded by Gavrilo Princip. Princip was one of a group of six assassins coordinated by Danilo Ilic, a Bosnian Serb and a member of the Black Hand secret society. The political objective of the assassination was to break off Austria-Hungary's South Slav provinces so they could be combined into a Yugoslavia. The conspirators' motives were consistent with the movement that later became known as Young Bosnia. The assassination led directly to World War I when Austria-Hungary subsequently issued an ultimatum to the Kingdom of Serbia, which was partially rejected. Austria-Hungary then declared war on Serbia, triggering actions leading to war between most European states)

Bobby Fischer becomes the first American to win the World Chess Championship – Sept. 1, 1972. American chess grandmaster Bobby Fischer defeated Russian Boris Spassky during the World Chess Championship in Reykjavik, Iceland, in the world’s most publicized title match ever played, Fischer, a 29-year-old Brooklynite, became the first American to win the competition since its inception in 1866. The victory also marked the first time a non-Russian had won the event in 24 years. 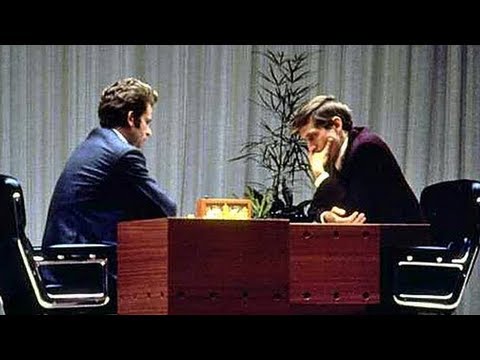 Spassky on left; Fischer on right

Cubs Win World Series, Break "The Curse of the Billy Goat"-Nov 3, 2016 (the Chicago Cubs defeat the Cleveland Indians 8–7 in 10 innings, winning the Series 4–3 and claiming their first MLB title since 1908. The Cubs' Ben Zobrist is named series MVP. Cubs win game 7 and the title in the early hours of November 3rd, 2016.

David Crockett died at the Alamo – March 6, 1836. Crockett was an American folk hero, frontiersman, soldier, and politician. He is commonly referred to in popular culture by the epithet "King of the Wild Frontier". He represented Tennessee in the U.S. House of Representatives and served in the Texas Revolution. He was re-elected in 1833, then narrowly lost in 1835, prompting his angry departure to Texas (then the Mexican state of Tejas) shortly thereafter. In early 1836, he took part in the Texas Revolution and was killed at the Battle of the Alamo in March.

Edmund Fitzgerald Sinks in Storm-Nov 10, 1975 (was an American Great Lakes freighter that sank in a Lake Superior storm on November 10, 1975, with the loss of the entire crew of 29. When launched on June 7, 1958, she was the largest ship on North America's Great Lakes, and she remains the largest to have sunk there) 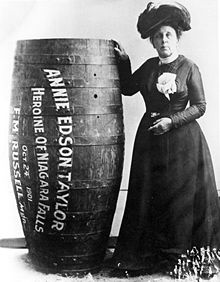 Hula Hoop fad begins – 1958. In 1957 Joan Anderson brought back a bamboo "exercise hoop" from Australia, and came up with the name Hula Hoop at a dinner party. Her husband showed it to Arthur "Spud" Melin and they agreed on a gentleman's handshake that they would have a share of any profits (the company cut her out, and they got nothing). Richard Knerr and Melin, manufactured 42-inch hoops with Marlex plastic. With giveaways, national marketing and retailing, a fad begin in July 1958: twenty-five million plastic hoops were sold in less than four months, and sales reached more than 100 million units in two years. Carlon Products Corporation was one of the first manufacturers of the hula hoop; during the 1950s, Carlon was producing more than 50,000 hula hoops per day. 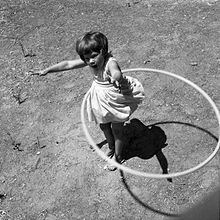