Friday Night Dinner is a British television sitcom written by Robert Popper and starring Tamsin Greig, Paul Ritter, Simon Bird, Tom Rosenthal, and Mark Heap.The comedy is focused on the regular dinner experience of the middle-class British Jewish Goodman family every Friday night. The series aired from 2011 to 2020 on Channel 4. Following the conclusion of the sixth series and Paul Ritter's death in 2021, it was announced that the show would not return. 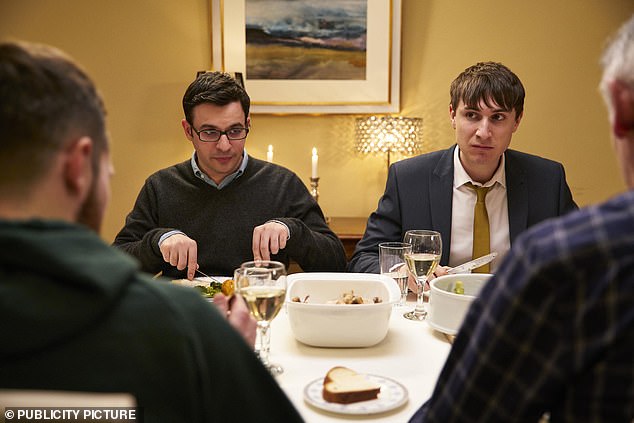 Gilligan's Island - is an American sitcom created and produced by Sherwood Schwartz. The show's ensemble cast features Bob Denver, Alan Hale Jr., Jim Backus, Natalie Schafer, Tina Louise, Russell Johnson and Dawn Wells. It aired for three seasons on the CBS network from September 26, 1964, to April 17, 1967. The series follows the comic adventures of seven castaways as they try to survive on an island where they are shipwrecked. Most episodes revolve around the dissimilar castaways' conflicts and their unsuccessful attempts to escape their plight, with Gilligan usually being responsible for the failures. Gilligan's Island ran for 98 episodes. All 36 episodes of the first season were filmed in black and white and were later colorized for syndication. The show's second and third seasons (62 episodes) and the three television film sequels (aired between 1978 and 1982) were filmed in color. The show received solid ratings during its original run, then grew in popularity during decades of syndication, especially in the 1970s and 1980s when many markets ran the show in the late afternoon. Today, the title character of Gilligan is recognized as an American cultural icon.

Comment: I had no idea there was only 3 seasons of the show. But of course, back then you had many more episodes per season than today's shows. 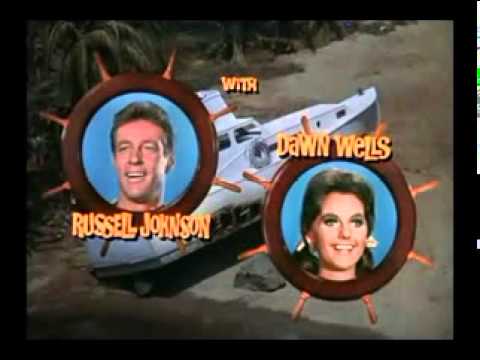 Bob Hope KBE  (May 29, 1903 – July 27, 2003) was a British-American comedian,[2] vaudevillian, actor, singer and dancer. With a career that spanned nearly 80 years, Hope appeared in more than 70 short and feature films, with 54 feature films with Hope as star, including a series of seven "Road to ..." musical comedy movies with Bing Crosby as Hope's top-billed partner.

In addition to hosting the Academy Awards show 19 times, more than any other host, Hope appeared in many stage productions and television roles and wrote 14 books. The song "Thanks for the Memory" was his signature tune.

Hope was born in the Eltham district of southeast London, arrived in the United States with his family at the age of four, and grew up near Cleveland, Ohio. After a brief career as a boxer in the late 1910s, Hope began his career in show business in the early 1920s, initially as a comedian and dancer on the vaudeville circuit, before acting on Broadway. Hope began appearing on radio and in films starting in 1934. He was praised for his comedic timing, specializing in one-liners and rapid-fire delivery of jokes that were often self-deprecating. He helped establish modern American stand-up comedy.

Between 1941 and 1991, Hope made 57 tours for the United Service Organizations, entertaining active duty U.S. military personnel around the world. In 1997, the United States Congress passed a bill that made Hope an honorary veteran of the U.S. Armed Forces. He also appeared in numerous television specials for NBC during his career and was one of the first users of cue cards. 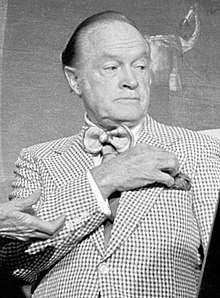 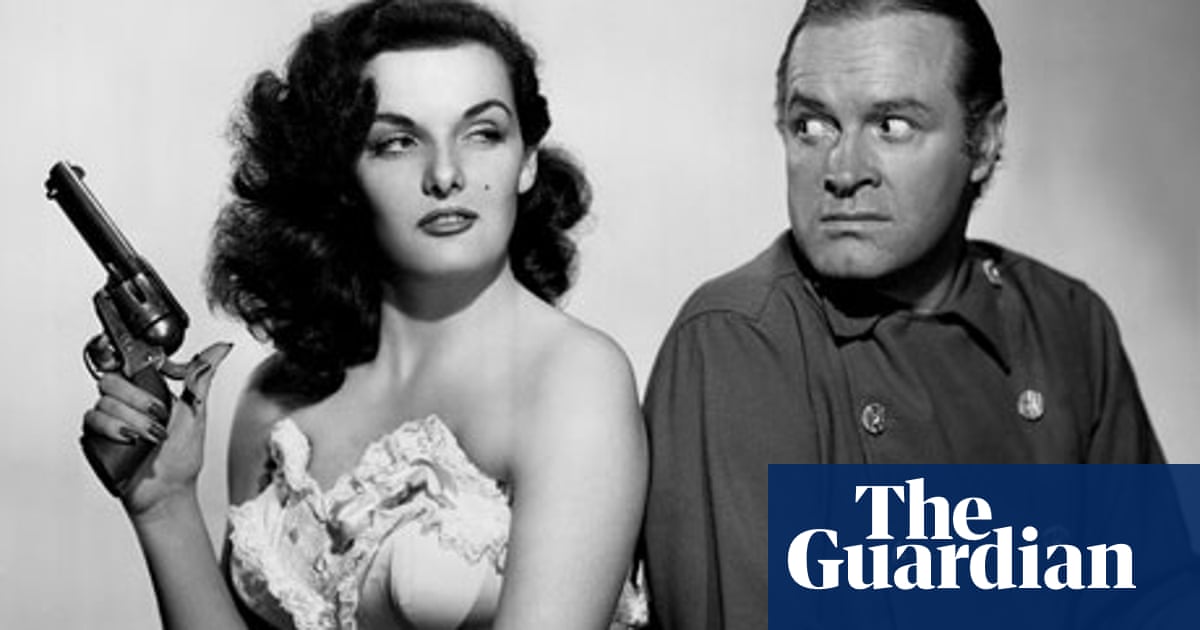 Ice Age is a 2002 American computer-animated adventure comedy film produced by Blue Sky Studios (in its debut film) and distributed by 20th Century Fox. The film features the voices of Ray Romano, John Leguizamo, Denis Leary, Goran Višnjic, and Jack Black. Set during the days of the Pleistocene ice age, the film centers around three main characters—Manny (Romano), a no-nonsense woolly mammoth; Sid (Leguizamo), a loudmouthed ground sloth; and Diego (Leary), a sardonic saber-toothed cat—who come across a human baby and work together to return it to its tribe. Additionally, the film occasionally follows Scrat, a speechless "saber-toothed squirrel" voiced by Wedge, who is perpetually searching for a place in the ground to bury his acorn. 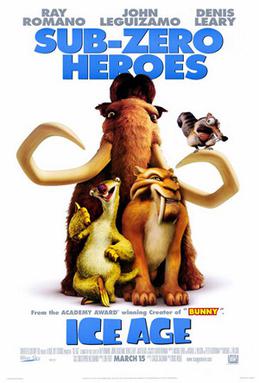 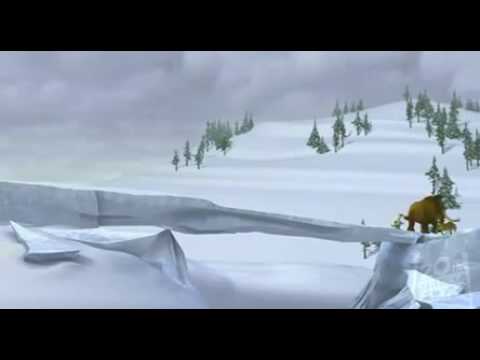 Directed by Chris Wedge & Carlos SaldanhaSet during the Ice Age, a sabertooth tiger, a sloth, and a wooly mammoth find a lost human infant, and they try to r...

Jewel and Ben Warriss were first cousins and were brought up in the same household, even being born in the same bed (a few months apart). Jewel worked as a solo act until 1934, when he formed an enduring double act with Warriss, initially at the Palace Theatre, Newcastle. They toured Australia and America, as well as appearing in the 1946 Royal Variety Performance and five pantomimes for Howard & Wyndham Ltd at the Opera House, Blackpool, Lancashire. A major success of their partnership was the BBC radio series Up the Pole which began in October 1947. 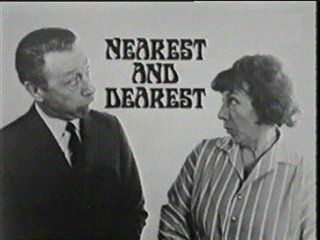 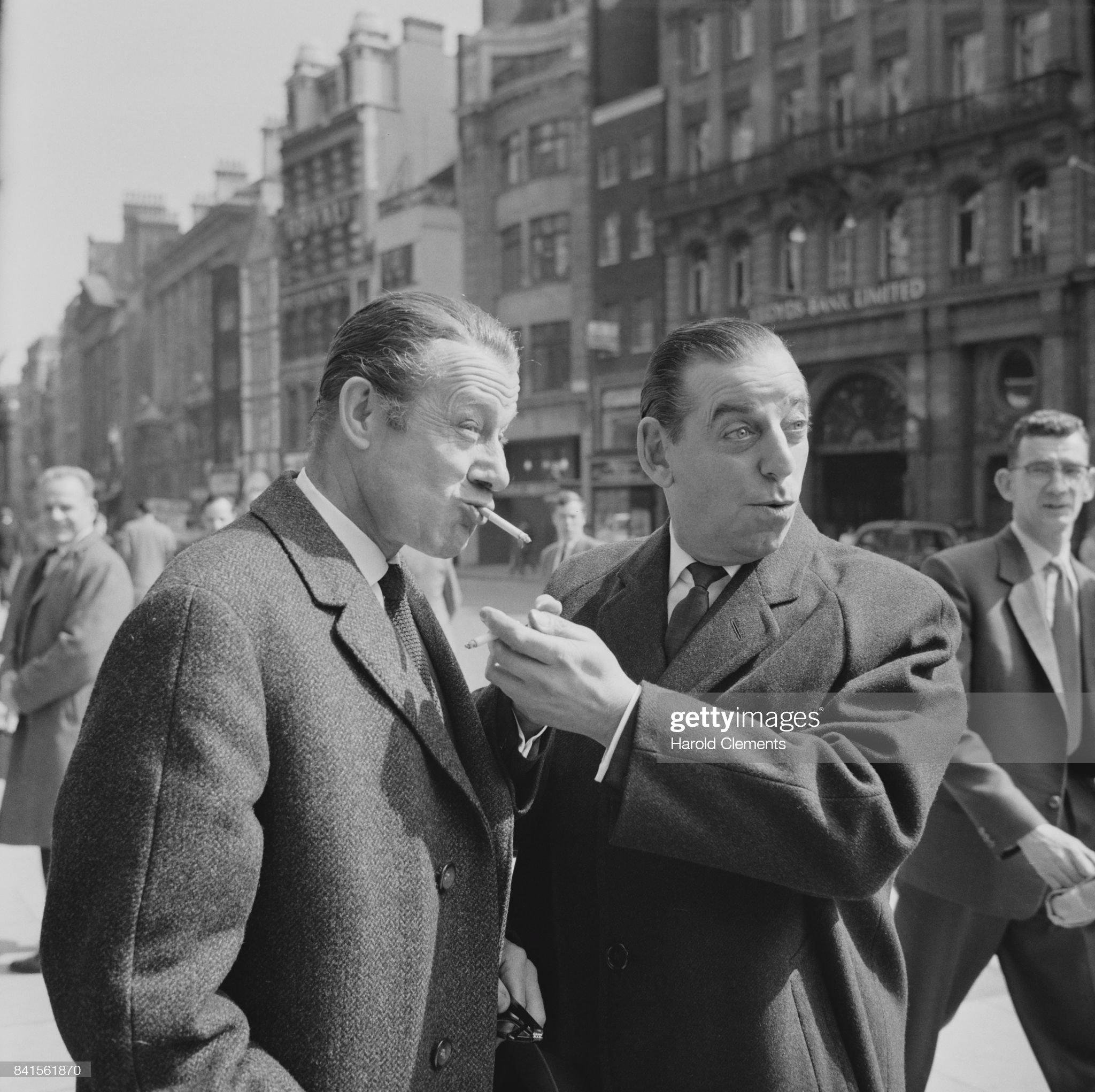 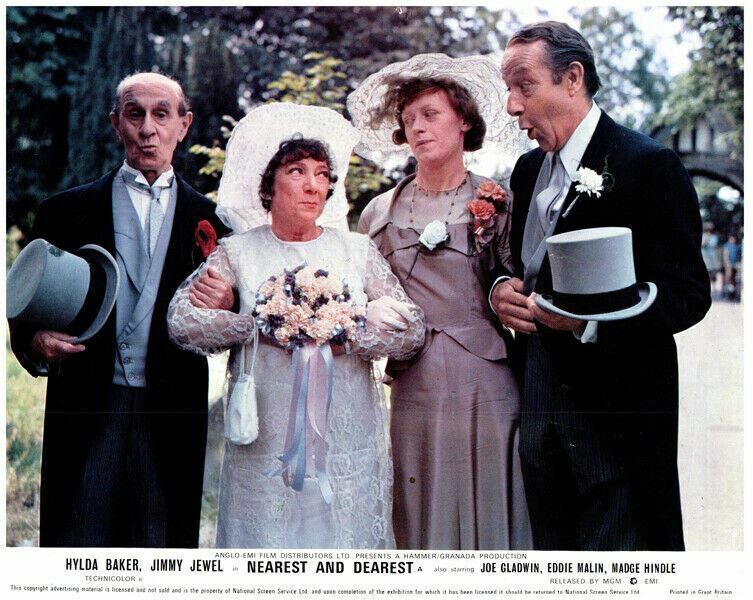 Jimmy Kimmel - (born November 13, 1967) is an American television host, comedian, and producer. He is the host and executive producer of Jimmy Kimmel Live!, a late-night talk show that premiered on ABC on January 26, 2003, at Hollywood Masonic Temple in Hollywood, California; and on April 1, 2019, at a secondary home, the Zappos Theater on the Las Vegas Strip. Kimmel hosted the Primetime Emmy Awards in 2012, 2016 and 2020, and the Academy Awards in 2017 and 2018. Before hosting Jimmy Kimmel Live!, Kimmel was the co-host of Comedy Central's The Man Show and Win Ben Stein's Money. In 2018, Time named him as one of "The World's 100 Most Influential People". Kimmel is the longest-working of all current late-night talk show hosts in the United States, following Conan O’Brien’s retirement from hosting a late-night program. 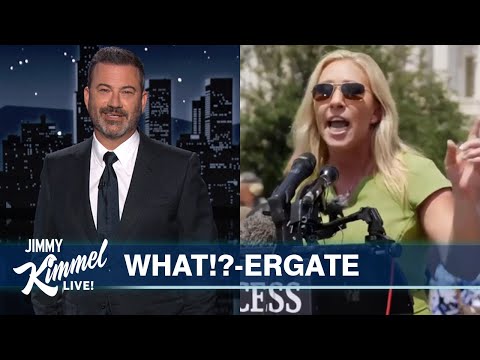 We had another unbelievable day in Washington as the January 6th hearings are getting so crazy it's hard to believe they aren't scripted, we've been hearing ...

Looney Tunes is an American animated comedy short film series produced by Warner Bros. from 1930 to 1969, along with an accompanying series, Merrie Melodies, during the golden age of American animation. The two series introduced Bugs Bunny, Daffy Duck, Porky Pig, Elmer Fudd, Wile E. Coyote, Road Runner, Tweety, Sylvester, Granny, Yosemite Sam, Tasmanian Devil, Foghorn Leghorn, Barnyard Dawg, Marvin the Martian, Pepé Le Pew, Speedy Gonzales and many other cartoon characters. The characters themselves are commonly referred to as the "Looney Tunes" (or "Looney Toons"), as well as the "Tune Squad" since their appearances in the 1996 feature film Space Jam.

Looney Tunes (and Merrie Melodies) were initially produced by Leon Schlesinger and animators Hugh Harman and Rudolph Ising from 1930 to 1933. Schlesinger assumed full production from 1933 until selling his studio to Warner Bros. in 1944. The Looney Tunes name was inspired by Walt Disney's musical cartoon series, Silly Symphonies 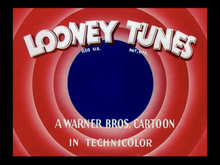 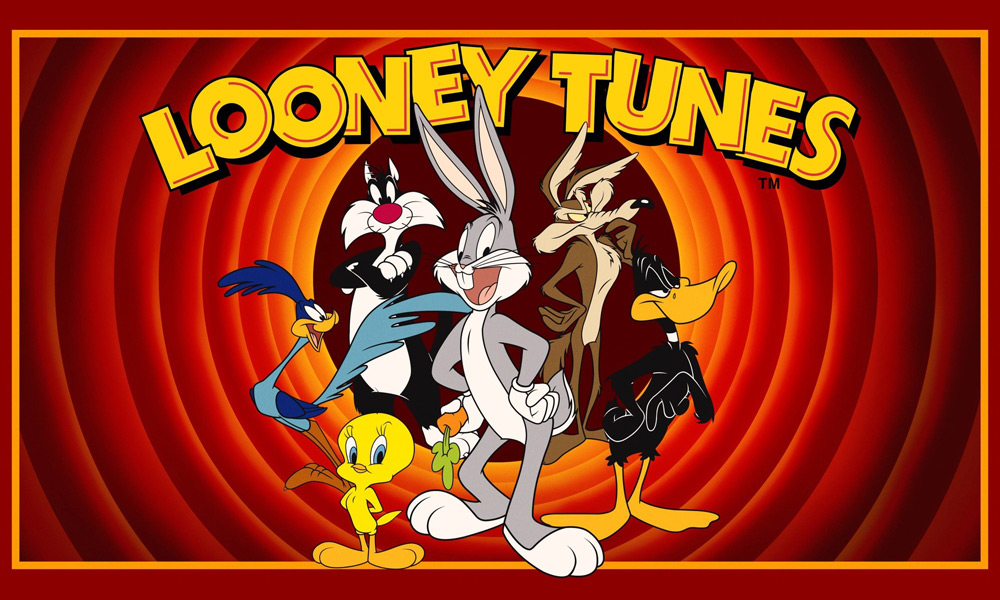 Mutt and Jeff - is a long-running and widely popular American newspaper comic strip created by cartoonist Bud Fisher in 1907 about "two mismatched tinhorns". It is commonly regarded as the first daily comic strip. The concept of a newspaper strip featuring recurring characters in multiple panels on a six-day-a-week schedule had previously been pioneered through the short-lived A. Piker Clerk by Clare Briggs, but it was Mutt and Jeff as the first successful daily comic strip that staked out the direction of the future trend. Mutt and Jeff remained in syndication until 1983, employing the talents of several cartoonists, chiefly Al Smith who drew the strip for nearly fifty years. The series eventually became a comic book, initially published by All-American Publications and later published by DC Comics, Dell Comics and Harvey Comics. Later it was also published as cartoons, films, pop culture merchandise and reprints.

Not Going Out is a British television sitcom that has aired on BBC One since 2006, starring Lee Mack and Sally Bretton with Geoffrey Whitehead, Deborah Grant, Hugh Dennis and Abigail Cruttenden. The series has previously starred Megan Dodds, Miranda Hart, Tim Vine, Katy Wix and Bobby Ball.

The series focuses on Lee Mack, who plays a fictional version of himself: an unambitious man in his late thirties living as a lodger in a flat in the London Docklands. Lee is a negligent, unmotivated layabout. Frequently between jobs, he spends most of his days on his sofa watching television or at the local pub with his best friend, Tim Adams (Tim Vine), whom he has known for 15 years. Tim is an accountant from Henley-on-Thames who owns the flat in which Lee is a lodger. Lee is also noted for his cheeky wit and for having a very troubled relationship with his father, with whom he shares many traits and who says that Lee was unplanned and resulted in the end of his marriage.

Very often, the only thing that can get Lee off his couch and active is his efforts to impress the girl of his dreams 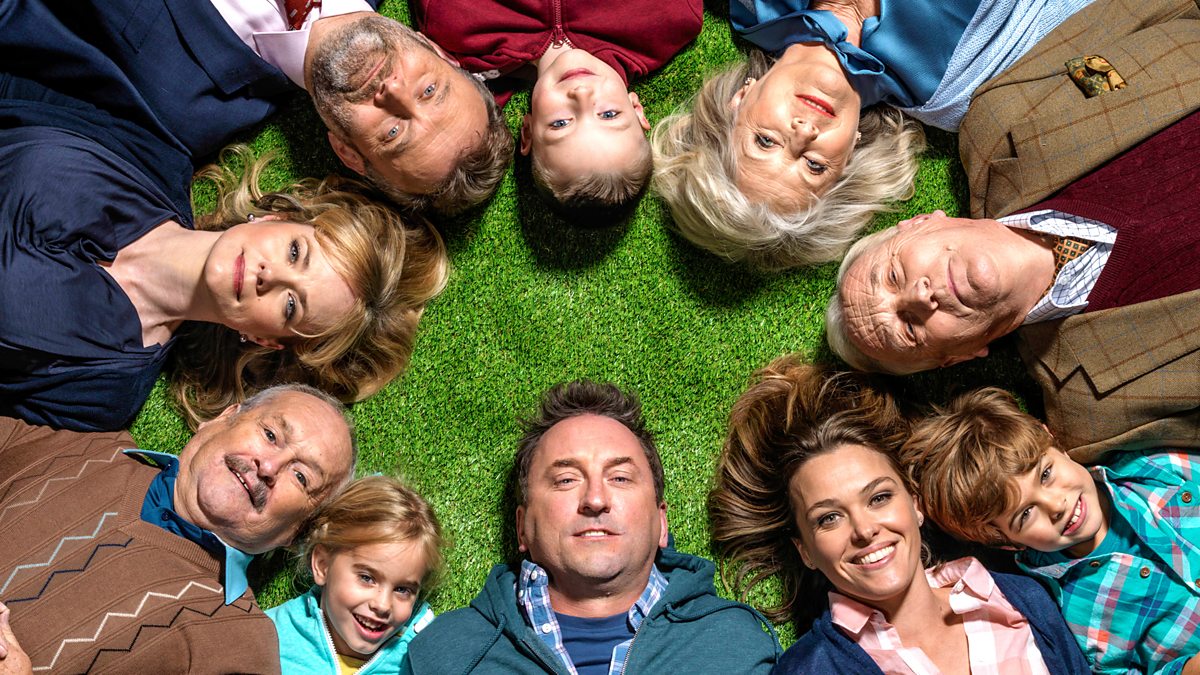