Welcome
Welcome to the home of Minden Playing Card Cricket on Delphi Forums.
In 2021 Minden Playing Card Cricket 5th Edition turns 10, adding a new milestone to the statistically accurate replay cricket board game that has been published for more than 35 years.
To celebrate we are releasing a host of new Playing Card sets, starting with the following sets which are now available and free to all owners of the game:
There are 417 Players included in these sets which will be FREE until the end of 2021 and are available on mindencricket.com as downloadable PDFs.
Recent other sets that have been published and are now available are:
We plan to add more Ashes Series, and have a range of Classic Series sets in development with complete tour itineraries, new pitch cards, and more.
You can find out more and purchase one of the many sets of Advanced Player cards by visiting mindencricket.com
NEW - The All Time Great XIs Career Advanced Cards are now available! 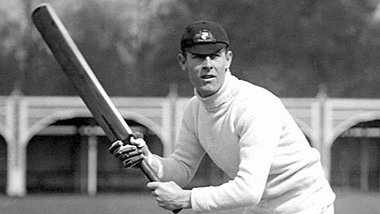 The superlative VT Trumper features amongst the best XI Australians
of all time in the new Minden Playing Card Cricket All Time Great
Advanced Player Card Set. Image from Wikipedia.