Also interesting was that in some cases having no insurance ended up costing less!

The Rod of Iron Ministries aka the Moonies with AR-15s !

The history of the group, which interprets the biblical use of the word "rod" to mean guns, is a dicey one. Now, the group appears to be expanding.

It's a spiritual thing, don'tcha know.

Why am I tearing up ?

More from the Rod of Iron moonies.

"They apparently are training for armed conflict in the streets. It's very concerning," 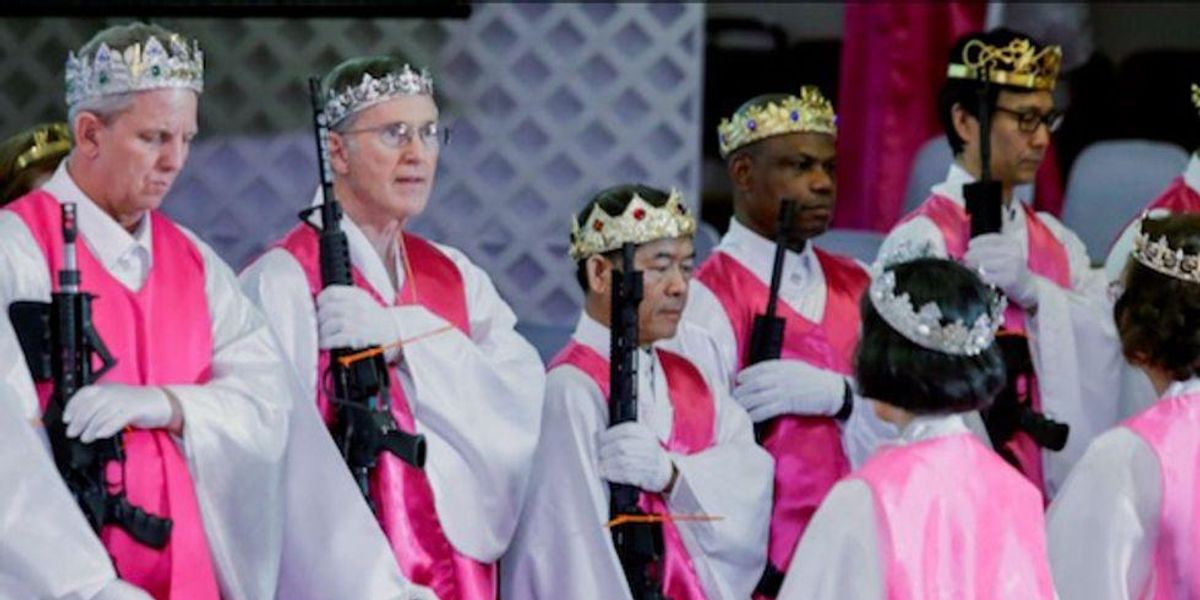 'This is a powder keg': AR-15-loving church aligning itself with the far right as it grows

According to a report from Business Insider, the Rod of Iron ministry that worships the AR-15 and is decidedly pro-Donald Trump, is increasingly aligning itself with far-right figures as evidenced by a recent "Freedom Festival" that it sponsored in Greeley, Pennsylvania.As reported by Business Insid...