It's been 50 years but the photo is still seared in my mind. It's not in this essay. (Not sure you can read it without a NY Times sub.)

Napalm sticks to you, no matter how fast you run, causing horrific burns and pain that last a lifetime. I don’t remember running and screaming, “Nóng quá, nóng quá!” (“Too hot, too hot!”) But film footage and others’ memories show that I did. 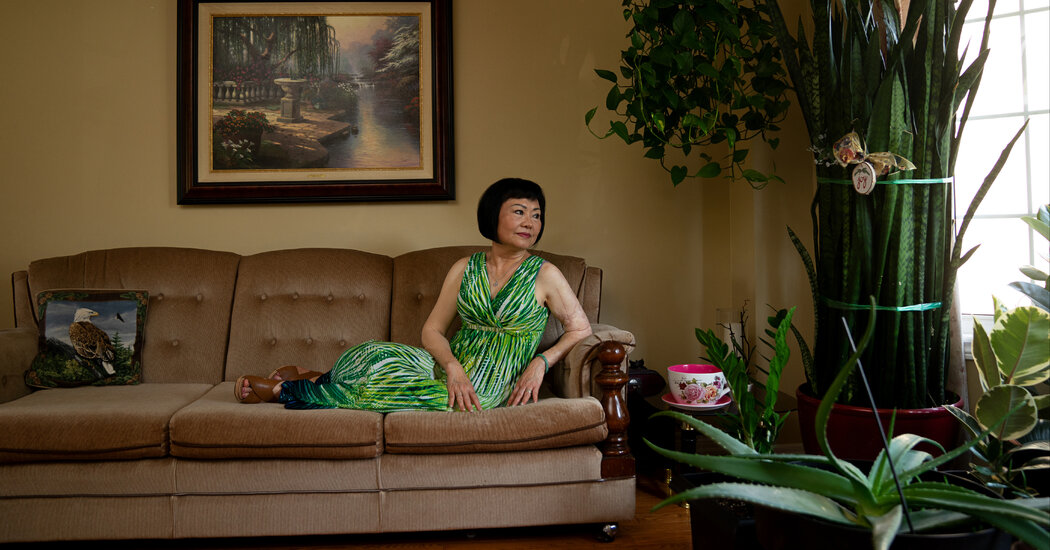 The surviving people in war photographs, especially the children, must somehow go on. We are not symbols. We are human.

For a few minutes your forum was back to classic view, then it changed back.  Oh well...

No, without a subscription you can't see the article.  However, if it is the one of the children running, that will forever be etched in my mind.  Should be for anyone that was old enough to remember the war.

I think public opinion was already much against the war, this sure helped.

Wasn't sure what they meant by abolishing prostitution so I had to take a look and was sorely disappointed.  They're against it.

The oldest profession on earth and they 'think' they were abolish it.  Stupid is as stupid does.

I see where the American Family Association has uncovered some shocking statistics of a rebellion against God's design for human sexuality.

Identifying as LGBTQ turns out to be as a popular choice as much as piercings and skinny jeans!

An unburnable edition of Margaret Atwood’s “The Handmaid’s Tale” made with Cinefoil aluminum was auctioned for $130,000,  proceeds going to PEN America.

"Tonight I say this to my Republican colleagues who are defending the indefensible: There will come a day when Donald Trump is gone, but your dishonor will remain, ..."

Russia has now made it illegal to mention the Ukraine War, under penalty of several years in jail.  It's a Special Operation don'cha know.  Somewhat like the Korean  War ... errr ... Conflict even when it was a hot war back in the 50's, though there were no jail terms attached as far as I know.

Meanwhile on the Home Front:

In Idaho authorities arrested members of the white supremacist group Patriot Front after 'a concerned citizen' reported seeing a 'small army' of men with masks and body armor climbing into the back of a U-Haul van.

Checking for online mentions I read 31 racists with moobs were arrested and unmasked. Pictures (sample  below) show not all of them had moobs but all look to qualify as members of the Master Race. Really shouldn't be joking about this since they were planning to crash a Gay Pride Parade, ready to boogie with 'body armor and riot gear' ... no mention of weapons?