The First Amendment and Protesting

Some cities are losing airline service

What do you think about the Flat Earthers in light of the SpaceX launch?

Is your library open for customers?

Is COVID19 Affecting All Salaries or ...

Latest May-29 by kizmet1

Should hash oil manufacturers be shut down after Ball of Fire explosion?

Should Child care services be reopened in the first wave?

Will single use plastics return permanently?

Do you believe COVID death counts were miscounted and misreported?

Are places of worship of all faiths essential services?

Would you watch a favorite TV series if they film with new restrictions?

Do you need to get out of debt right now?

Are you in favor of eliminating the SAT and the ACT?

Are you suffering from COVID 19 and shutdown isolation stress?

Do you feed wild animals?

Do you belong to Nextdoor.com?

Do You Believe Mail in Ballots are Bad for Election Integrity?

Are you in favor of another stimulus ...

Should companies be granted immunity ...

Should OOS Private Militias be allowe...

Should OOS Health Workers who volunteer in NY have to pay NY taxes?

Where do you get most of the books you read?

How will you manage with out haircuts this month or longer?

Latest May-26 by Jeri (azpaints)

Are you eating more comfort food this spring?

Would you live in a haunted house?

Are you in favor of mandatory contact tracing in your city?

Should the lockdown extend for three more months?

What is your favorite reading material

How has traffic changed in your area now versus before the pandemic?

Should Those that Advise to Defy Virus Orders be Held Liable?   The Serious You: Politics

Should Those that Advise to Defy Virus Orders be Held Liable?

Change Vote
Yes but only if the end result is death.
No it's protected freedom of speech.
VoteView Results
0
ReplyToggle Dropdown
Msg 2 of 90
In reply toRe: msg 1

The county sheriff said Howard-Browne's "reckless disregard for human life put hundreds of people in his congregation at risk." 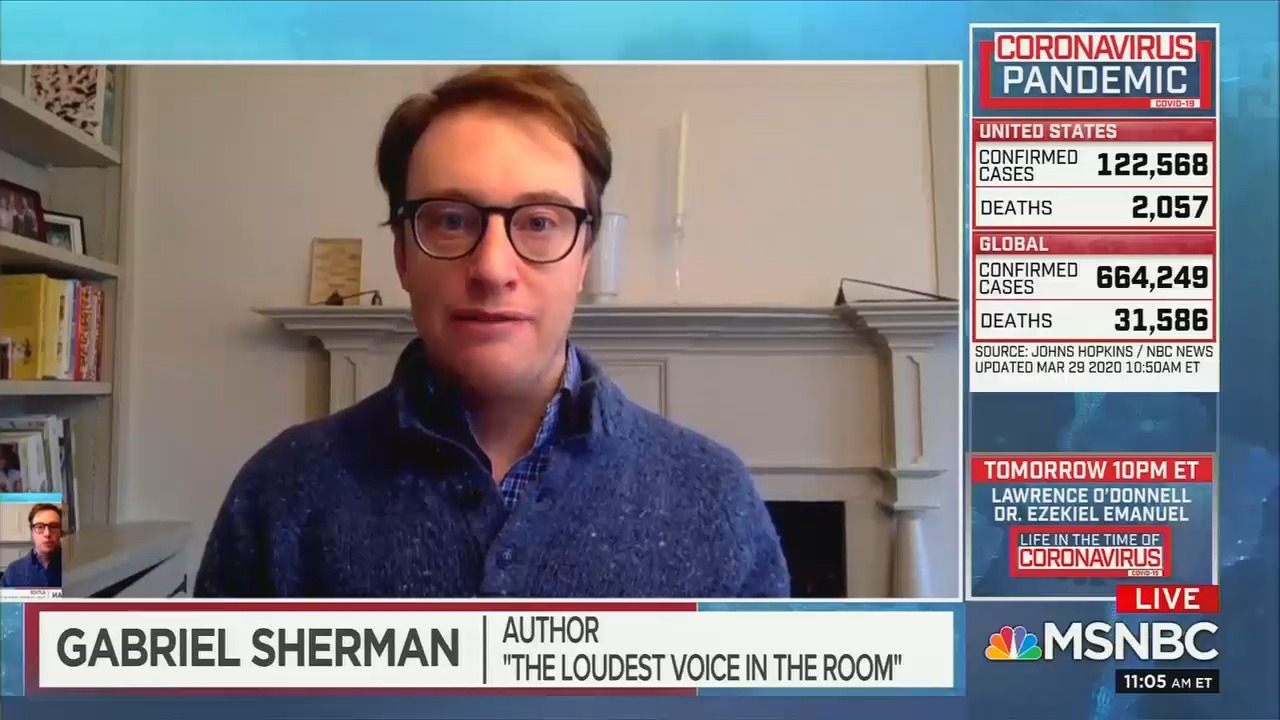 JOY REID (HOST): People who are watching cable news are a lot more, you know, in the "news junkie" category right? And then in the case of that, your choices are MSNBC or CNN or, if you're choosing Fox, it's because it favors the Republicans. It's because it's news that favors your world view. That's why you're watching it. So, I think that people assume that everyone knows the failures of...

This is why I voted yes, they should be held responsible.  If someone encourages another person to break the law, they can and often are held responsible- conspiracy to commit murder is an example.

0
ReplyToggle Dropdown
Msg 5 of 90 to BWArtistBWArtist
In reply toRe: msg 1

I started to vote that it's protected freedom of speech, but yelling fire in a theater is a crime, it's not protected.

The problem with something as ambiguous as advising to defy virus orders can easily be based on ignorance or it could be malicious intent.  How do you decide?   There are those who deny the gravity of the situation.  I shouldn't mention names.  I've seen numbers on that, and they're shockingly high, just like the absurdity of denying global warming and the high numbers of that among a certain segment of our population.

What is really ridiculous, at least as far as I am concerned is the ignorant believing and following the ignorant,  oy vey

Of course, the ignorant are often too ignorant of being ignorant to heed the better informed.

0
ReplyToggle Dropdown
Msg 6 of 90 to BWArtistBWArtist
In reply toRe: msg 3

Why should they worry about this particular set of lies, given the thousands they've told over the past 1384 days?  Seems totally hypocritical.

But that's their stock in trade.

0
ReplyToggle Dropdown
Msg 7 of 90 to BWArtistBWArtist
In reply toRe: msg 1

Thank you for starting polls.  We need much more variety than I provide.

0
ReplyToggle Dropdown
Msg 8 of 90 to MerlinsDadMerlinsDad
In reply toRe: msg 5

The problem with something as ambiguous as advising to defy virus orders can easily be based on ignorance or it could be malicious intent. How do you decide? There are those who deny the gravity of the situation.

It is a pretty tall order to prove beyond reasonable doubt that advising to defy virus orders is *not* based on ignorance, but on malicious intent. If it was ignorance, it would be hard to rise to the level of "deadly conduct", which is a charge often used for reckless behavior that can potentially result in death or serious injury.

It might be difficult to convince a jury to convict unless evidence came to light that 1) the defendant actually was telling people to defy orders based on malicious intent, 2) he also knew it had a high probability of causing more sickness. That is hard to prove unless he was stupid enough to actually post something on social media to the effect of "I'm gonna convince those <fill in group he hates> to go ahead and have their huge gathering."

However, reckless behavior certainly has precedent for convictions - such as if someone gets drunk and then drives home because he is certain that he can "hold his liquor" and "isn't impaired" even though he is pulled over for weaving all over the road, fails a roadside sobriety test, and then blows a .241, and finally in the squad car on the way to jail passes out from alcohol poisoning and in the emergency room a blood draw reveals his BAC has risen to .348. He's definitely endangering everyone on the road whether or not he believes it.

Now it gets a bit more murky if someone defies, say, a lockdown, and is trying to, say, get to a relative's place to retrieve some masks or other supplies, is taking extreme care to not come anywhere near others along the way, maybe even is moving stealthily along back roads making every effort to not be observed, but is only spotted by a drone with a thermal camera on his way back with the vital supplies. Then at least around here, a jury could be pretty easily convinced that he had made a lot of effort to not endanger anyone.

In fact one of the things we practiced in the early survivalist days of late 1970s through 1980s was stealth bug-outs when the main roads are blockaded, officials might even be hunting for or shooting on sight anything moving, but one needs to move something vital to keep your group alive.

It later morphed to how to move around in a Red Dawn kind of scenario by the mid 1980s. We even built a couple of dirt bikes that were fitted out with extremely quiet mufflers, to travel long distances down cattle or game trails unobserved.

One of the fellows was a Vietnam veteran who trained us in a lot of survival, evasion, and escape techniques he had learned in the Army. I think he's deceased now because a lifetime of smoking ruined his lungs a good 20 years ago.

But then that's a whole other situation than getting a huge congregation together to exchange coronavirus. I'd absolutely avoid anyone from that congregation like modern day lepers because there's no telling who caught it, or how long before some of them show symptoms.

Some preachers had services for about a 1000 and were arrested. I think they have been charged with unlawful assembly.  This was the weekend before last.

You say, “That is hard to prove unless he was stupid enough to actually post something on social media to the effect of "’I'm gonna convince those <fill in group he hates> to go ahead and have their huge gathering.’"

There was a curious incident in Georgia along the lines of what you say.”

Even worse is that a top aide to Gov. Brian Kemp has once more taken to social media to effectively pooh-pooh the pandemic’s peril.  As the AJC reported, “Georgia – go to the beach, lake or a state park” said Tim Fleming, the governor’s chief of staff, in a Facebook post late Saturday.”  [From the AJC, April 7, p. A11. ]

In what category do we place this little encouragement to defy?  It probably wasn’t malicious; he can’t claim to be ignorant of the threat of the virus; his boss had just issued a stay at home order for the whole state.  There is no antidote for stupidity, even in the higher ranks of government. Oy vey.

After writing the response below, I encountered this tidbit in CNN's summary of the day's news, "Meanwhile in America"