This is Our President

Illinois leaders want to abolish history as it is currently taught

New voting machines, trouble with absentee ballots and a pandemic combined to create chaos in Georgia's Tuesday primary. After some voters waited in line mor...

0
ReplyToggle Dropdown
Msg 3 of 114 to BWArtistBWArtist
In reply toRe: msg 1

It was a colossal screw-up caused by poor planning; inadequate training on the new machines; the lack of a dry run to make sure everything worked; the absence of large number of older election officials because of Corvid_19; a larger than expected turn out; and too few voting precincts.  The Republican Secretary of State is blaming the Democratic county election boards; and the counties are blaming the SOS.  Above the headline in today's newspaper was an editorial, entitled "Georgia, We Must Do Better."   The headline was "What Went Wrong."

That's what a newspaper is supposed to do .  Tell them to quit pointing fingers and go to work to fix the problem.  I love this sentence:

That shouldn't be an insurmountably hard job ["repairing an embarrassing, intolerable mess"], given the many leaders of government who are quick to proclaim their "get 'er done" credentials.   AJC, June 11, 2020, front page

0
ReplyToggle Dropdown
Msg 4 of 114 to MerlinsDadMerlinsDad
In reply toRe: msg 3

To me you have to look at this as more of a Dukes of Hazzard moment in our elections. Boss Hogg  finding any which way to discredit the election process overall. And since the republican party of Georgia seems to only be able to win by cheating, I have to look at this as a precursor for laying the groundwork for inserting a dysfunctional aspect in our future presidential election. A different kind of Florida chad to cloud the process. And since our president is looking for any way to circumvent the voting process, including disregarding the factors of the pandemic by demonizing the vote by mail process, you eventually have to come to the conclusion that the republican party is becoming the party more than willing to cheat our voters out of their right to fair elections.

I say we the people need to keep our attention on dishonest tactics to steal our election. Like a hound dog smelling a definite scent. 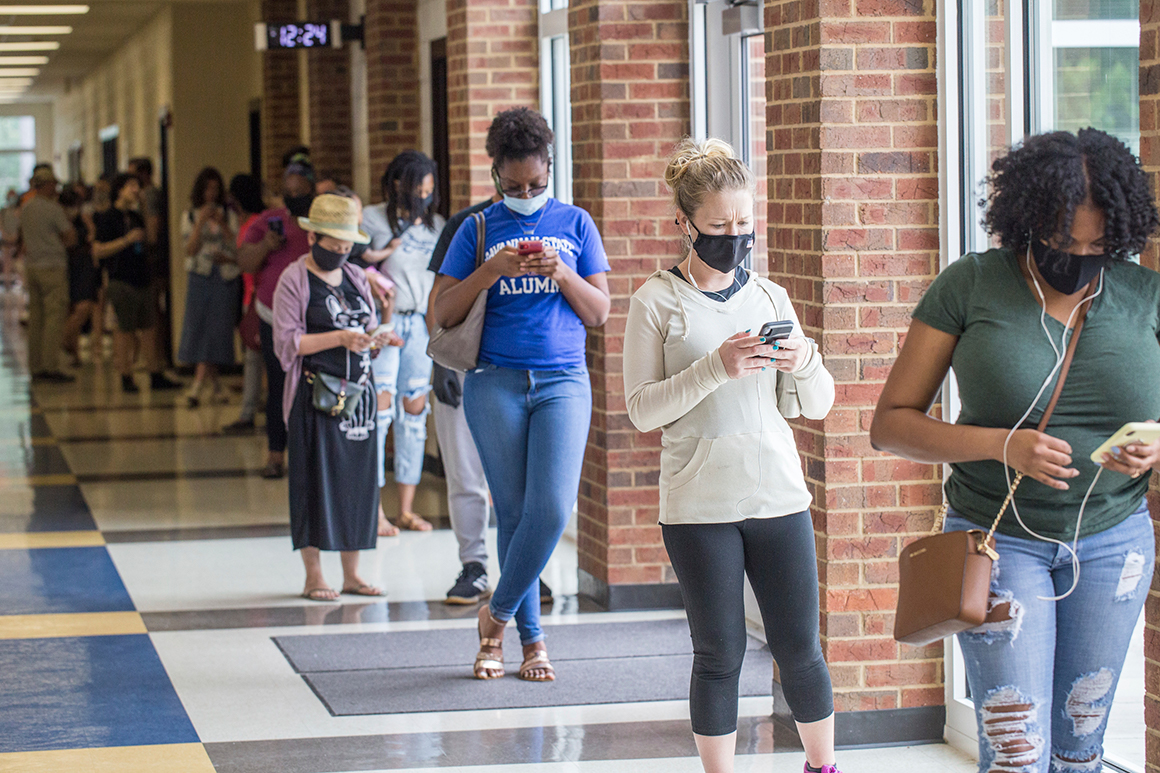 BWArtist says "To me you have to look at this as more of a Dukes of Hazzard moment.

I never watched the series, but I get your drift.  I don't know if there was a motive in this colossal failure or just a failure to do what needed to be done.  The failure to have enough voting precincts can be laid at the feet of the Republicans in their efforts to make it harder for people to vote, especially certain people and communities.

BWArtist says ". . . to the conclusion that the republican party is becoming the party more than willing to cheat our voters out of their right to fair election.

One doesn't come to that conclusion.  It's foregone.  Our current gub'ner was the Secretary of State who unregistered a huge number of voters and who held up applications.  In short, did as much as he could to discourage voting except by the "right" people.  Stacey Abrams wasn't wrong in her claims that the election wasn't "fair."

0
ReplyToggle Dropdown
Msg 6 of 114 to MerlinsDadMerlinsDad
In reply toRe: msg 5

You mean they unregistered dead voters or people who were registered to vote in more than one location?  There was a huge scandal closer to me where they found a lot of ballots going to people who had died.  They also found people who had moved and hadn’t cancelled their old registrations. They still didn’t want to clean their rolls.  I would want to see a lot more detail before taking a side.

0
ReplyToggle Dropdown
Msg 7 of 114 to Showtalkshowtalk
In reply toRe: msg 6

Showtalk says:  "You mean they unregistered dead voters or people who were registered to vote in more than one location?"

That was the explanation given.  Let's say it created considerable controversy given Georgia's history of voter suppression and, as BWArtist pointed out ". . .you eventually have to come to the conclusion that the republican party is becoming the party more than willing to cheat our voters out of their right to fair elections."

0
ReplyToggle Dropdown
Msg 8 of 114 to MerlinsDadMerlinsDad
In reply toRe: msg 7

The claims of voter suppression rest primarily on the fact that as Georgia secretary of state, Kemp enforced a statute passed by a Democratic-majority legislature and signed by a Democratic governor in 1997. It required the voting rolls to be periodically purged to remove names of voters who were dead, or who had moved away or were incarcerated. Under this law, 600,000 names of people who hadn’t voted in the last three elections were removed from the rolls in 2017 by Kemp’s office

Those who were removed got prior notification in the mail about the impending purge, and they were given a menu of options to retain their registration. Moreover, it took four years to complete the process by which a name was removed. The reason so many names were taken off in 2017 was that a lawsuit by the Georgia NAACP had delayed the routine enforcement of the law for years before the organization eventually lost in the U.S. Supreme Court’s

0
ReplyToggle Dropdown
Msg 9 of 114 to MerlinsDadMerlinsDad
In reply toRe: msg 8

0
ReplyToggle Dropdown
Msg 10 of 114 to MerlinsDadMerlinsDad
In reply toRe: msg 5

I don't think anything quite points out the true intentions of the republican party than the recent maneuvers made after the recent successful results in the Iowa election. 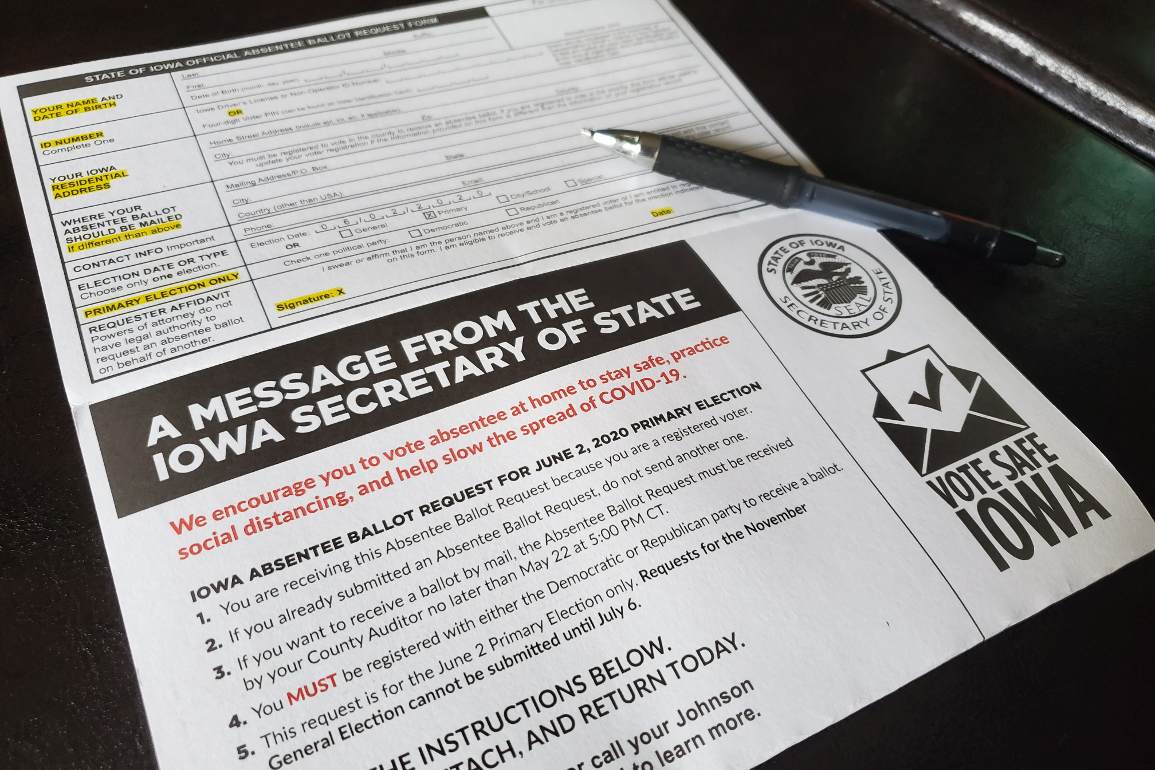 521SharesOn Wednesday, the Iowa Senate passed a bill that will make to more difficult for people to vote. The bill, which would make illegal the sort of help with absentee voting that Secretary of State Paul Pate provided during the June primary, was approved 30-19. All the votes in favor of the bill came from [...]Read More...