Have you ever been involved in a cour...   The Curious You: Your Polls

I am not sure solar is cheaper in the long run.

0
ReplyToggle Dropdown
Msg 45 of 88 to Showtalkshowtalk
In reply toRe: msg 44

Me either.  Apparently taking the panels off for roof repair is costly and the panels when installed can damage the roof.

They definitely destroy the roof.  I see them on other houses.

0
ReplyToggle Dropdown
Msg 47 of 88 to Showtalkshowtalk
In reply toRe: msg 46

I'd like to see a study on how many homes end up with rain leaks after putting solar in.

They say no. A solar company 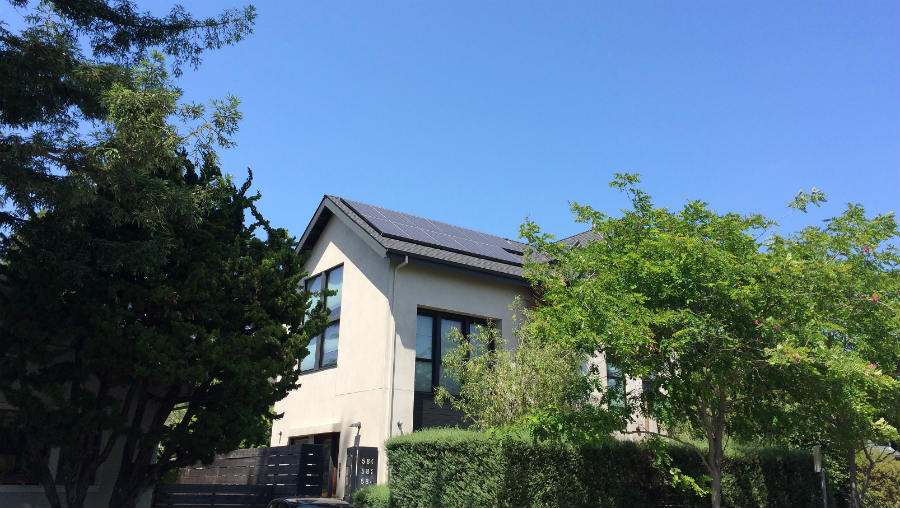 You're looking to install rooftop solar panels, you've chosen a solar installation company to do the job, and the equipment is going to be installed securely. It's normal to wonder about problems with solar panel installation. So, what happens when it rains? Will the roof leak because you put panels on it? In short, no. ...

When solar panels are installed poorly, they can cause roof leaks. Learn about the three most common issues here, and what you can do to solve them.

I thought it was poorly placed and sealed anchoring even before looking through the article. In a nutshell that is the most common issue, although the root cause can be incorrect anchor placement and movement as a result, or a variety of other things related to it as well as improperly doing the conduit penetration.

Generally if one can install a downdraft air conditioner / swamp cooler on a roof, and put in "whispercool" attic vents, and plumbing safety vents, weatherheads, etc. then they can certainly put on solar panels without them leaking.

I have this humongous awning that should be sufficient to hold a huge array of solar panels.

Panels can be placed on an awning? Aren’t they too heavy?

0
ReplyToggle Dropdown
Msg 53 of 88 to Showtalkshowtalk
In reply toRe: msg 52

Panels can be placed on an awning? Aren’t they too heavy?

It's more of a standalone carport roof but since it has one edge that extends beneath the roof drip-line on the house, it would be called an awning unless someone climbed up there and really looked closely at its structure.

It is a 30 foot long (or wide depending on which direction you assign the dimensions to) device that extends like a "baseball cap bill". It is about 24 feet wide (or long), and is supposed to function partly like a carport.

It is constructed out of 8 inch wide steel C purlin steel that is welded rather than bolted together. The purlins are on 4 foot center. A true roof can be made by screwing down R-panel or W-panel sheet steel, the way many commercial metal buildings and aircraft hangars are built. You order the metal pre-cut to length and they show up with a 40 foot trailer, and you just have pallets or railroad ties or something to lay it on and keep it off the ground, and unload the stuff.

Then you hoist a panel at a time onto the structure, and at first you stand on a tall step-ladder up between the rafters to install the first half dozen or so self-drilling screws, which have metal and rubber gasket washers already on the heads.

The ones I used to build the shop building (and done at various Scouting related infrastructure projects) have 5/16 inch hexagonal heads, and I have a $160 special drill made by Makita that has a built in depth setter and clutch release mechanism so even an untrained person can spin the fastener, let its built-in bit bite into the metal, drill through the sheet metal and into the underlying purlin, then as the bit tip punches through, the threads engage and the thing screws itself all the way down to anchor sheet steel to the structural steel.

When it reaches proper depth, the nose shroud on the special drill motor / power nut driver lets the nut setter hex piece follow the bolt head down, and at the proper protrusion, it disengages the clutch and lets the motor free-wheel so the fastener isn't over-torqued.

The correct depth is within about 1/64th of an inch accuracy, or maybe 1/6th of a turn of the head. When it releases, the rubber gasket washer is compressed just the right amount to make a total gas and liquid-tight seal to the metal so days of monsoon rain can flow down the metal, and not a drop leaks inside even though it takes a few hundred of these fasteners to complete the roof or sides of a metal builing.

The fasteners come with painted heads to match the roof or siding material, and there's about 15 colors to choose from. I used flat white for my shop roof and a kind of burnt yellow that kind of matches the soil but lighter and more reflective for the sides.

I was tempted to make the roof bright yellow instead and then paint a coiled rattlesnake on it, to make a 42 foot x 26 foot Gadsden flag that would be clearly visible on Google Earth. But then I thought, nope, with some of the federal agent harassment and designating people who displayed such symbols as "potential terrorists" in the middle of Obama's first term, there was no point in tempting fate and possibly becoming a target, especially as the keyboard social justice warrior vigilante types were just starting to hit their stride and use tools like Google Earth and Google Street View in its infancy to assist in choosing targets.

I have a collection of specimens of colored fasteners for R-panel and purlin construction, and have sometimes used colors that do not match but instead contrast, on some wall construction that isn't facing the public roads, as a kind of teaching tool so someone contemplating using this construction method can easily see how to put it together.

One thing that is very critical about putting on a roof like that is correct alignment. The R-panel creases interlock to join the 3 foot wide panels. If the first panel is not absolutely square with the overhang, the whole roof line will be out of whack, and it's nearly impossible to fix later.

I instructed Scouts and such when putting roofs on some campsite shelters that resemble the rest area things with picnic tables and such at a Scout camp a few years ago, to line it up as close as practical with a T square, then pin the lower outside corner at the nearest purlin, with just ONE screw.

Then have someone actually climb up onto the panel near the top around the peak and sit on it so the wind can't turn it into a wing and launch it, and have someone very precisely measure the overhang at both edges of that 3 foot span. He then carefully scoots the panel top edge to the left or right.

Then have a skilled adult leader check their alignment to be sure it is square within less than 1/32nd of an inch. Get a kid with excellent eyesight to also verify the measurement.

Finally you cut a small piece of PVC pipe to use as a guide for the rest of the panels, make sure nothing shifted, and when absolutely certain it is square, you hand the kid at the top the screw gun and have him pin the opposite diagonal corner to lock its rotational coordinates down.

Last step is measure the alignment again. You can plug a hole made in error with silicone rubber caulk if you really mess up. Once everything is verified by at least 2 people as being properly in place, then they can scamper up onto that first piece of sheet metal with more fasteners and screw guns and zing, zing zing put a screw in every 12 inch width strip using the small folds as a guide, through the metal and into the purlin beneath.

As they near completion of that panel a couple of people pull the 2nd panel into position apply the mastic type sealant strip that goes into the vertical overlay area, and use the piece of pipe made into an overhang guide to make sure the corner lines up properly at the seam and everything is square.

People walking on the partially secured panels do distort them slightly but temporarily. So you actually kneel or lie down on the panel you just finished securing and put in the first 3 or 4 screws in the 2nd panel, then move a foot onto the new panel and reach out to put in maybe half of the next row.

Once you have screws in all the sections although not on all purlins, you can start with panel 3 while kids swarm over panel 2 with screw guns to finish anchoring it.

You want the smaller lighter weight folks actually on the unsecured panels, but no one actually gets onto the panel until at least 2 screws have been put in, so it won't start sliding off the roof under your weight, since the painted steel on the steel purlin is kind of slippery.

Everyone wears sneakers and rubber type kneepads to grip the steel and no one slides for safety reasons.

google for "R panel installation on purlin". Mueller metal buildings has a huge web site with lots of tutorials and illustrations on how to install this stuff.