This is Our President

Illinois leaders want to abolish history as it is currently taught

Should the District of Columbia become a state?   The Serious You: Politics

Should the District of Columbia become a state?

The House approved a bill Friday to make the District of Columbia a state. Under the bill, most of present-day Washington, D.C., would take the name State of Washington, Douglass Commonwealth, in honor of Frederick Douglass

0
ReplyToggle Dropdown
Msg 3 of 47 to MerlinsDadMerlinsDad
In reply toRe: msg 2

No. In the first place, the name is too long. in the 2nd place it is a place that should remain neutral.
0
ReplyToggle Dropdown
Msg 4 of 47 to kizmet1kizmet1
In reply toRe: msg 3

In your opinion, the citizens don't have the right to have a vote in the House of Representatives and a Senator representing their interests?

0
ReplyToggle Dropdown
Msg 5 of 47 to MerlinsDadMerlinsDad
In reply toRe: msg 4

It has nothing to do with rights.  Politicians who Iive there maintain residences and voting privileges in their own states.  Anyone who wants to live in a state can live in a very close, nearby state and commute, which is what many people do. The real question is whether Democrats should have two more Senate seats.  That is the real issue. 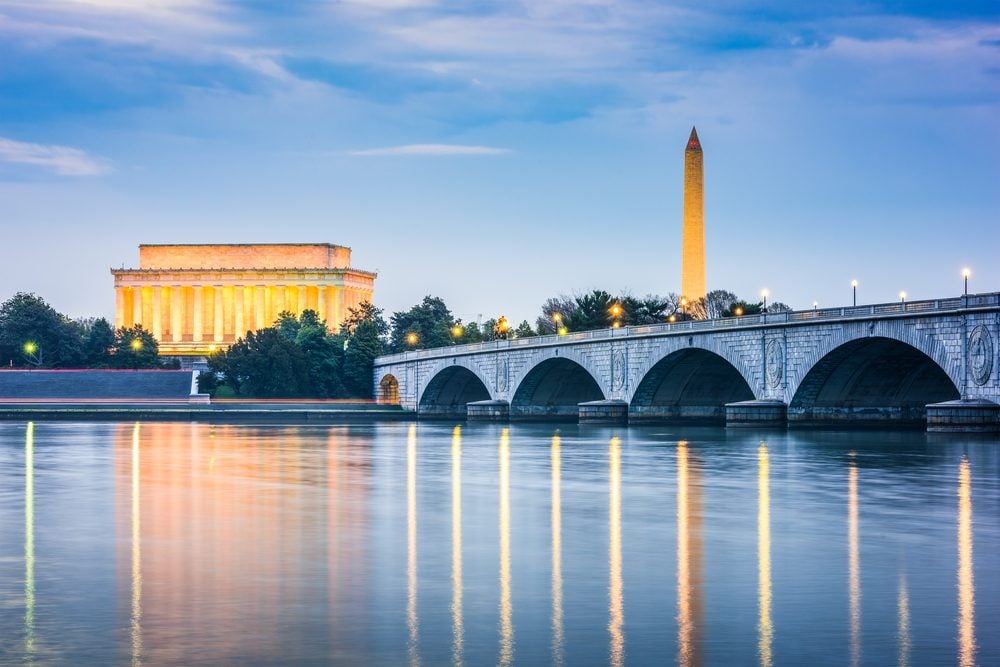 This Is Why Washington, D.C. Isn't a State

The United States capital can't be a state itself because of the Constitution-but could it ever become one?

0
ReplyToggle Dropdown
Msg 6 of 47 to MerlinsDadMerlinsDad
In reply toRe: msg 4

They can find a way to vote outsid of DC just like the elected politicians.
DC should remain neutral.
Giving DC it's own Reps and Sens would make it lean to the left or the right.
0
ReplyToggle Dropdown
Msg 7 of 47 to kizmet1kizmet1
In reply toRe: msg 6

You would deprive 700,000+ citizens a vote in the House of Representatives and the Senate?  As American citizens, they are entitled to representation in Congress,  The Congressional District I vote in is only slightly larger.

0
ReplyToggle Dropdown
Msg 8 of 47 to Showtalkshowtalk
In reply toRe: msg 5

It has everything to do with the rights of a citizen,

You would deprive 700,000+ citizens a vote in the House of Representatives and the Senate?   As American citizens, they are entitled to representation in Congress,  The Congressional District I vote in is only slightly larger.

0
ReplyToggle Dropdown
Msg 9 of 47 to kizmet1kizmet1
In reply toRe: msg 6

There would still be an enclave of Washington that is federally controlled. This would allow US citizens who are residents of DC, but work for Kroger, Walmart, Sam's Shoe Store - in other words not federal employees, vote.  It's stupid to allow federal employees in Washington STATE, California, North Dakota to vote in all elections but not allow DC residents to vote.  Also, there might be two new Republican Senators, not Democratic senators at some point in time.  I wonder if being that close to the seat of power explains the high D registration?  See too much unacceptable behavior fron the other side up close and personal?

0
ReplyToggle Dropdown
Msg 10 of 47 to MerlinsDadMerlinsDad
In reply toRe: msg 7

It is the size of a city, not a state.