Doesn’t it disturb you that the man of 20,000 lies criticizes Dr Fauci for not k   The Healthy You: Health and Fitness Polls

Doesn't it disturb you that the man of 20,000 lies criticizes Dr Fauci for not knowing about the virus from the start?

Change Vote
Yes
No
Maybe
How can someone tell 20,000 lies in 1277 days?
Glad someone is telling the truth about the pandemic
Other
VoteView Results
0
ReplyToggle Dropdown
Msg 2 of 44
In reply toRe: msg 1

On July 14th, White House trade adviser Peter Navarro wrote a rebuttal in USA Today stating that Fauci “has been wrong about everything I have interacted with him on.” USA Today wrote that “several of Navarro’s criticisms of Fauci...were misleading or lacked context.” The added that Navarro’s op-ed “did not meet USA Today fact-checking standards.”

The White House claimed that Navarro went rogue, and the op-ed was not approved beforehand. It seems odd that a president who appears to want strict control of his staff would keep Navarro in his role after such an egregious violation of trust. Others have been fired by Trump for less.

It took President Trump 827 days to top 10,000 false and misleading claims in The Fact Checker’s database, an average of 12 claims a day.

But on July 9, just 440 days later, the president crossed the 20,000 mark — an average of 23 claims a day over a 14-month period, which included the events leading up to Trump’s impeachment trial, the worldwide pandemic that crashed the economy and the eruption of protests over the death of George Floyd in police custody.

The coronavirus pandemic has spawned a whole new genre of Trump’s falsehoods. The category in just a few months has reached nearly 1,000 claims.
https://www.washingtonpost.com/politics/2020/07/13/president-trump-has-made-more-than-20000-false-or-misleading-claims/

0
ReplyToggle Dropdown
Msg 3 of 44 to MerlinsDadMerlinsDad
In reply toRe: msg 1

You go to 5 different doctors and ask the same question and you get 5 different answers
0
ReplyToggle Dropdown
Msg 4 of 44 to me (DENNIS4927)DENNIS4927
In reply toRe: msg 3

Fauci has been in his job for 37 years. He has worked through a lot of health crises.  Yet he didn’t spend any time asking for or planning for testing in February.  He said No masks, then he said mandatory masks. He disappeared for a few months where we barely saw him.  He has made many mistakes and always manages to avoid consequences.  He is the face of this disease.  He will take credit if we beat it.  He said “New York did it correctly.”

According to a recent poll, two-thirds of voters trust Dr. Anthony Fauci, not President Trump, when it comes to information on the coronavirus.

Well, if you think you can trust Dr. Fauci, the director of the National Institute of Allergy and Infectious Diseases, you now have every reason to question his judgment. In an interview with PBS NewsHour, Dr. Fauci, the trusted expert, actually lauded New York’s response to the coronavirus.

“We know that, when you do it properly, you bring down those cases. We have done it. We have done it in New York,” he told PBS’s Judy Woodruff. “New York got hit worse than any place in the world. And they did it correctly.”

I used to have faith in Dr. Fauci’s judgement, but that faith has waned over the past few months, and is now completely gone. How exactly does anyone look at what happened in New York and say that’s a model example for fighting the coronavirus

2. Cuomo was clueless about NY’s needs

3. Cuomo sent thousand of nursing home patients to their deaths 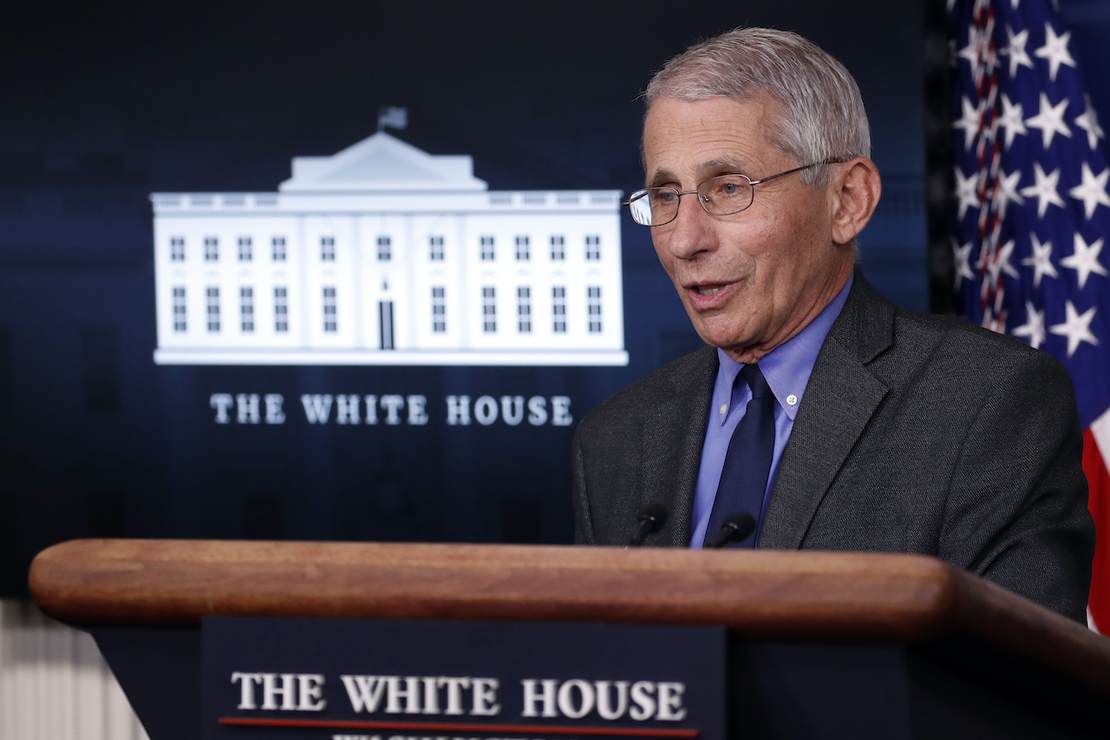 Now We Have Proof Dr. Fauci Is Full of Crap and Can't Be Trusted

According to a recent poll, two-thirds of voters trust Dr. Anthony Fauci, not President Trump, when it comes to information on the coronavirus. Well, if you think you can trust Dr. Fauci, the director of the National Institute of Allergy and Infectious Diseases, you now have every reason to question his judgment. In an interview with PBS NewsHour, Dr. Fauci, the trusted expert, actually...

Absolutely no one learned about this horrible Coronavirus in school. It is a trial and error time for all.
One day places like China and Scandinavia are doing it right and starting to heal. Next we hear how the virus is growing in those places.
The worst ways the virus has been spread, IMO, came from those who spent their Spring break partying on beaches. Cannot blame that on Trump.
Trump and Fauci are grown men. I think they understand each other better than we know.
0
ReplyToggle Dropdown
Msg 8 of 44 to kizmet1kizmet1
In reply toRe: msg 7

The worst ways the virus has been spread, IMO, came from those who spent their Spring break partying on beaches

From a pure epidemiological standpoint, it probably spread very badly during Spring Break but probably more on the dance floors, in the bars, and in the hotel rooms, taxicabs and airline flights to and from the Spring Break venues rather than in the open air on the beaches.

I miss the good old days when the only diseases that were contracted during Spring Break were STDs (including pregnancy and child support orders), acute alcohol intoxication, and overdoses of assorted Schedule 1 controlled substances, plus the assorted injuries from traffic accidents, alcohol and testosterone fueled melees, and "here, hold my beer and watch this!"

But then I never went anywhere for spring break. I took advantage of the week to work my butt off and build a future for myself.

0
ReplyToggle Dropdown
Msg 9 of 44 to kizmet1kizmet1
In reply toRe: msg 7

They will be able to study this a few years down the line and know much more. It is very hard to evaluate it now and draw true conclusions.  It’s so easy for the media and journalists to use it for political claptrap. We should take most of that with a grain of salt for now and use common sense.

We never were allowed to run around unsupervised in strange cities or beaches during spring break. Our parents were not stupid or careless.  I kept my children busy doing important things for other people.