Republicans find Russia did Interfere in 2016 Election   The Serious You: How Current Events Affect You 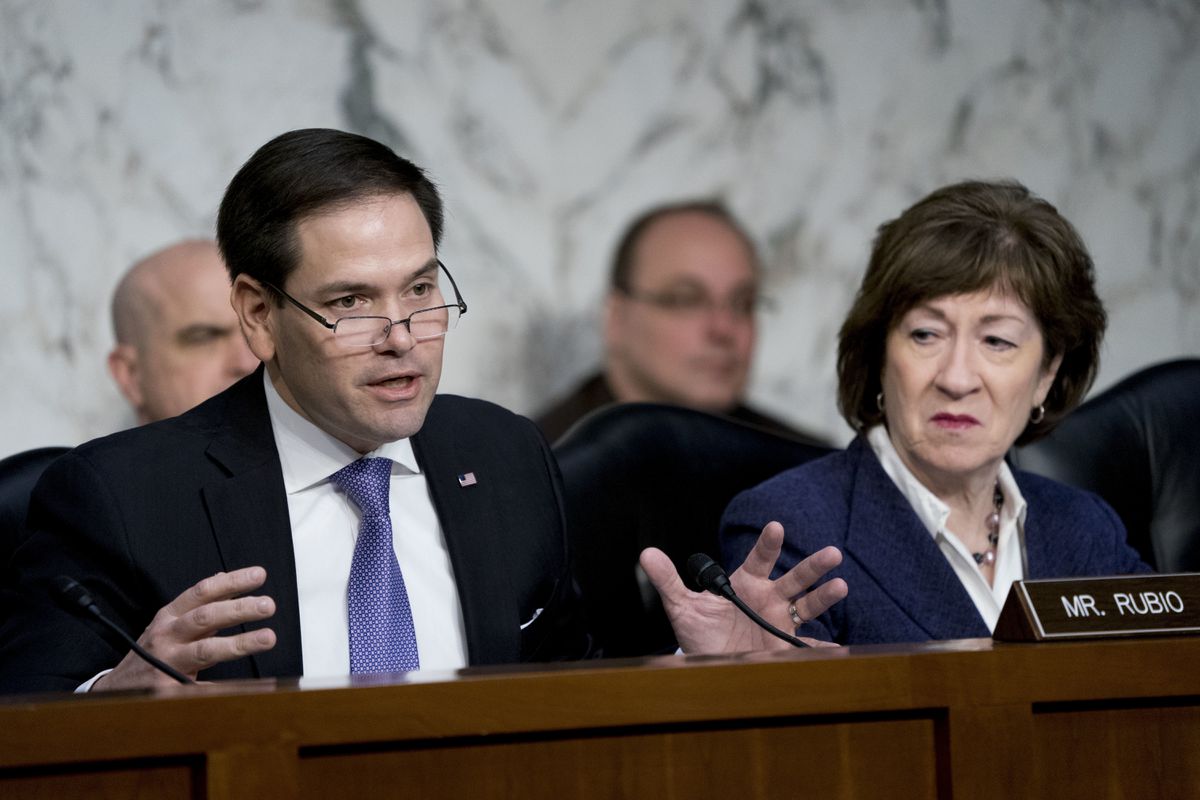 The GOP-led Senate intelligence committee concluded the Kremlin launched a big effort to meddle in the 2016 election on behalf of Donald Trump.

Hat does not look good, but it leaves out a lot of detail. I’m looking for another source.

0
ReplyToggle Dropdown
Msg 3 of 32 to BWArtistBWArtist
In reply toRe: msg 1

The meddling wa the Steel dossier which was used exclusively by the Democrats.

This contains the missing pieces

We can say, without any hesitation, that the Committee found absolutely no evidence that then-candidate Donald Trump or his campaign colluded with the Russian government to meddle in the 2016 election,” Rubio said. “What the Committee did find, however, is very troubling.”

Rubio detailed the committee’s findings, which included “irrefutable evidence of Russian meddling” and “deeply troubling actions taken” by the FBI, “particularly their acceptance and willingness to rely on the ‘Steele Dossier’ without verifying its methodology or sourcing.”

The committee found that the FBI gave the dossier, authored by ex-British intelligence agent Christopher Steele, “unjustified credence, based on an incomplete understanding of Steele’s past reporting record.

The Senate Intelligence Committee found that the FBI gave the unverified anti-Trump dossier "unjustified credence," and that Russia "took advantage" of members of the Trump transition team's "relative inexperience in government" in its final report as part of its years-long bipartisan Russia investigation.

The interference has been conclusive for at least a year, if not longer.

The big question is after all their efforts to deny and/or bury the interference and their miserable failure to remove Trump from office, what will the Republicans do now?  If anything?   Trump will create some kind of distraction to take our minds off this offense, as he has done so many times before.

My guess is that they will once again fail the nation.

0
ReplyToggle Dropdown
Msg 5 of 32 to MerlinsDadMerlinsDad
In reply toRe: msg 4

You understand the meddling was done to keep Trump out of office?  This is why people don’t trust the media.  You both need to reread carefully all the material out there.

0
ReplyToggle Dropdown
Msg 6 of 32 to Showtalkshowtalk
In reply toRe: msg 5

That's not the way the report reads, although it does not directly accuse Trump of collusion

0
ReplyToggle Dropdown
Msg 7 of 32 to MerlinsDadMerlinsDad
In reply toRe: msg 6

Because you are reading it through CNN goggles.  I read all different types of analyses.  I can’t post them all because many have firewalls.  I can bypass them by using the reader on my phone but you could not unless you used the same reader.

0
ReplyToggle Dropdown
Msg 8 of 32 to Showtalkshowtalk
In reply toRe: msg 7

I'm sure you have found all you need to formulate an hypothesis unsupported by the evidence.

0
ReplyToggle Dropdown
Msg 9 of 32 to MerlinsDadMerlinsDad
In reply toRe: msg 8

Supported by the evidence.

0
ReplyToggle Dropdown
Msg 10 of 32 to Showtalkshowtalk
In reply toRe: msg 9

I have no doubt that you can find those who claim so.